THIS is the first picture of the young brothers killed in a suspected Wolverhampton street race crash last night.

The one and 10-year-old's mum, who was in the car with Sanjay and Pawanveer Singh, has been left seriously injured. 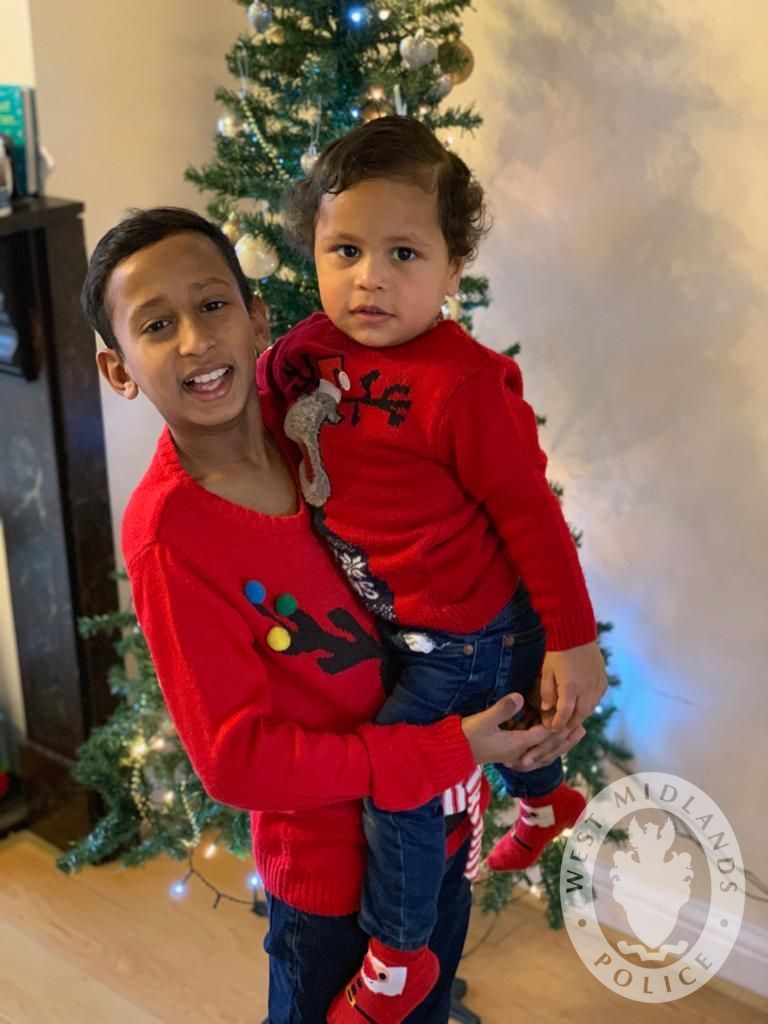 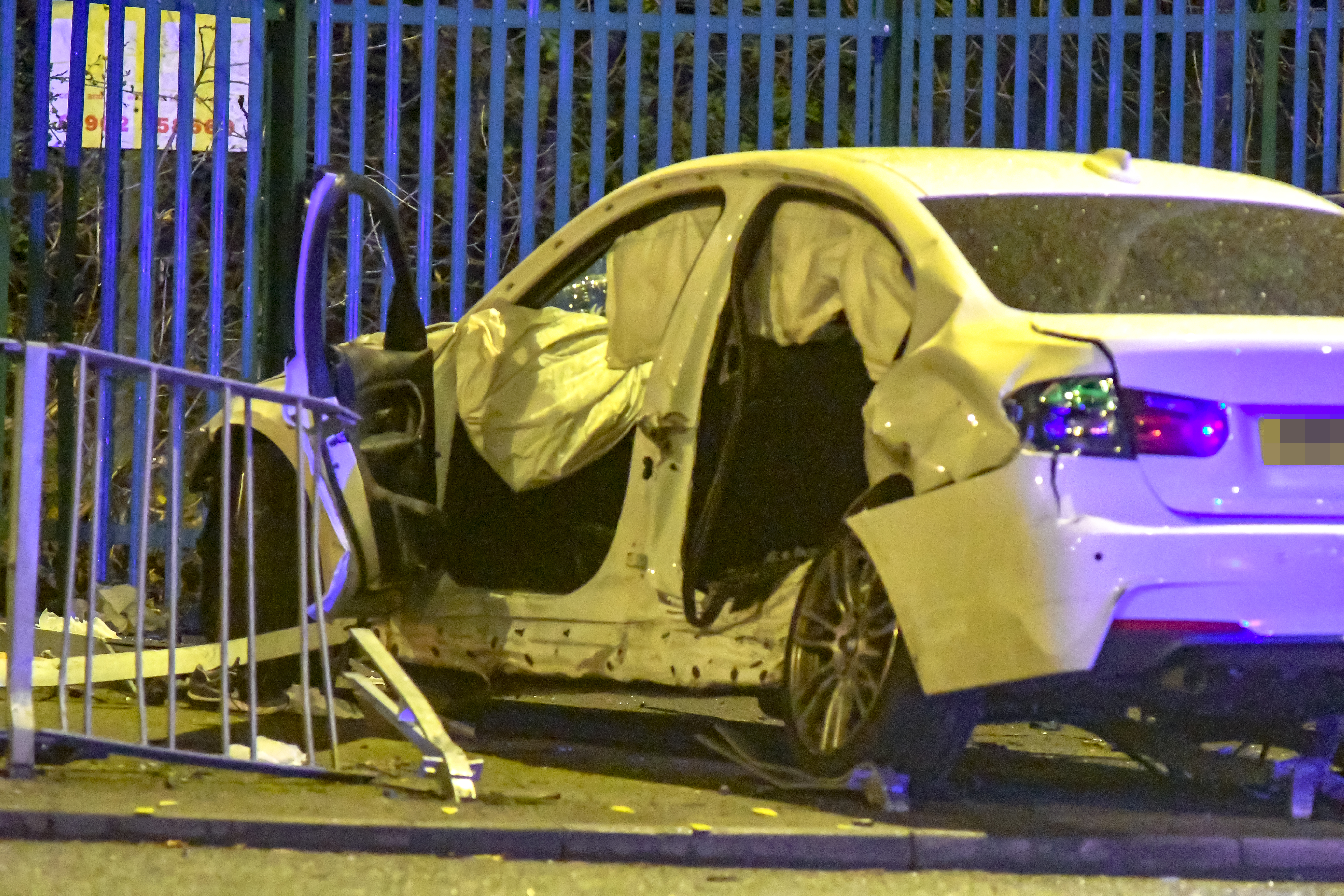 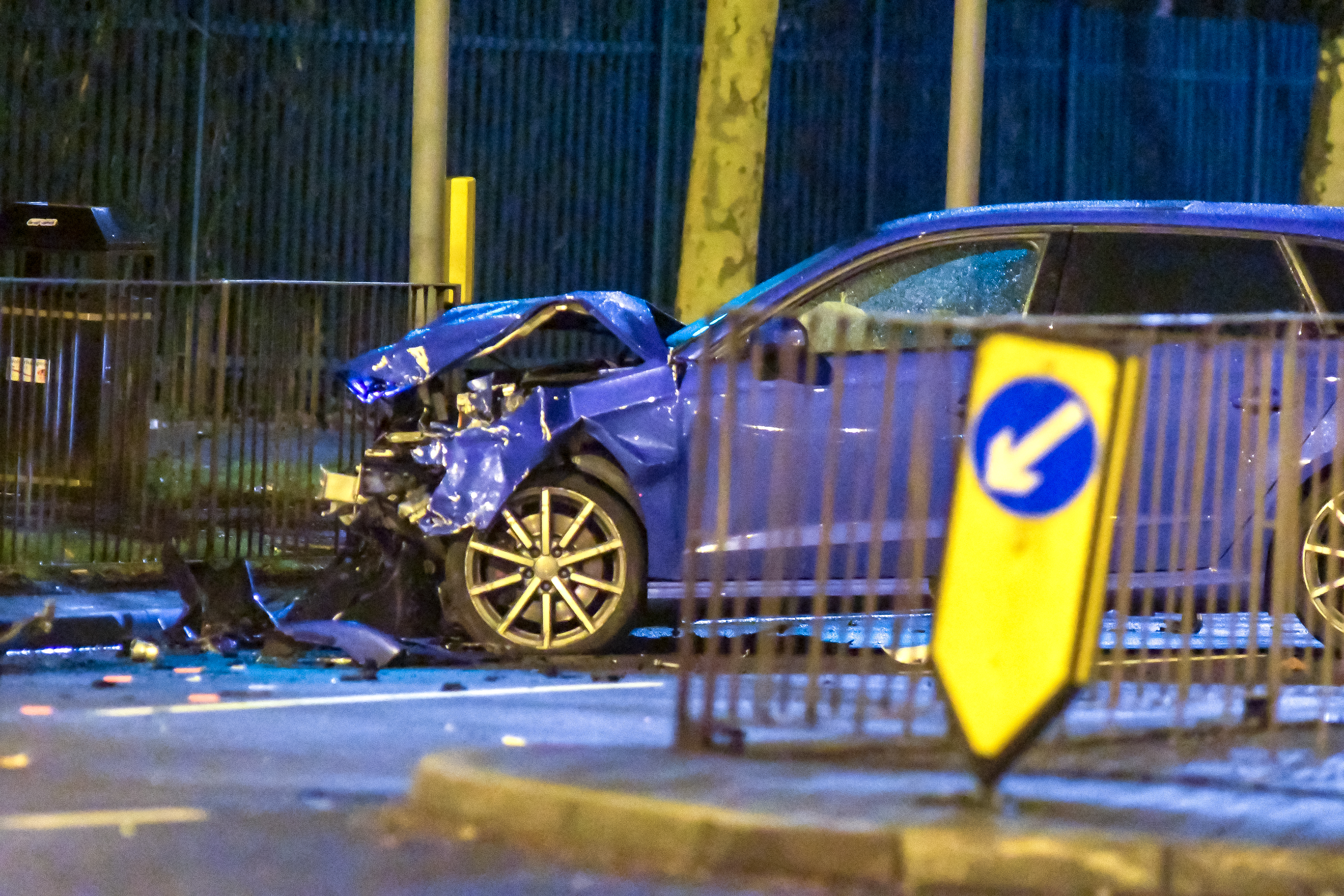 Her heartbreaking screams of "my babies, my babies" was heard by neighbours after the two boys were killed in the hit-and-run smash – which saw a Bentley driver arrested.

A resident told the Birmingham Mail: "My son went out and could hear someone screaming my ‘babies my babies’.”

Witnesses said they saw an Audi and Bentley convertible racing along Birmingham New Road when the Audi hit a white BMW, carrying the two kids and their mother.

A man, who asked not to be named, said: "I didn't see it but I heard it – two cars must have been racing.

"My son ran to the window and said 'they are racing dad' and then we heard an almighty bang.

"My missus ran down to see if she could help and all the police and ambulance workers were there. You could see the police officers stopping the traffic were really, really distressed

Tanveer Hassan, 32, was an off-duty taxi driver who was overtaken by two of the cars involved.

He said: “I was coming down the road when it happened. All of a sudden, two cars overtook me really fast, they were definitely doing over 70mph. I heard a bang and didn’t realise what is was.

“It was really shocking. The injuries to the children were unreal. The mum was sitting over her child. She didn’t realise that her son was lying dead next to her.

“I stayed until 12pm at the scene and saw the children lying in the street, a guy had come and helped pull them out of the car, there was blood everywhere."

Another resident told how he heard what sounded like a "woman screaming" several minutes after the impact.

He said: "I didn't see the accident itself but I think it was at about 8.40pm.

"There were a few cars involved and one car had been pushed through the railings.

Describing the white BMW, he said: "There were car seats in the back. It was completely written off with the airbags deployed.

"There was a man lying in the road and he looked injured, and I heard a woman screaming about 10 minutes after it had happened.

"It's very sad to hear that children have been killed."

The family of Sanjay and Pawanveer, from Dudley, said: “Our family are grieving over the tragic deaths of our two beautiful children, as well as dealing with the shock of the horrific crash.

“We appeal to the general public to come forward as witnesses in order help police find the perpetrator who fled from the scene and to bring him or her to justice.

“At this time we would appreciate some privacy and space to grieve over our precious loss.

“Your co-operation in this would be very much appreciated.”

Floral tributes have been left following the tragic crash – with two reading "RIP little angels" and "I will never forget your beautiful face".

Another said: "In loving memory of a beautiful young soul. You were too nice for this cruel world. RIP. 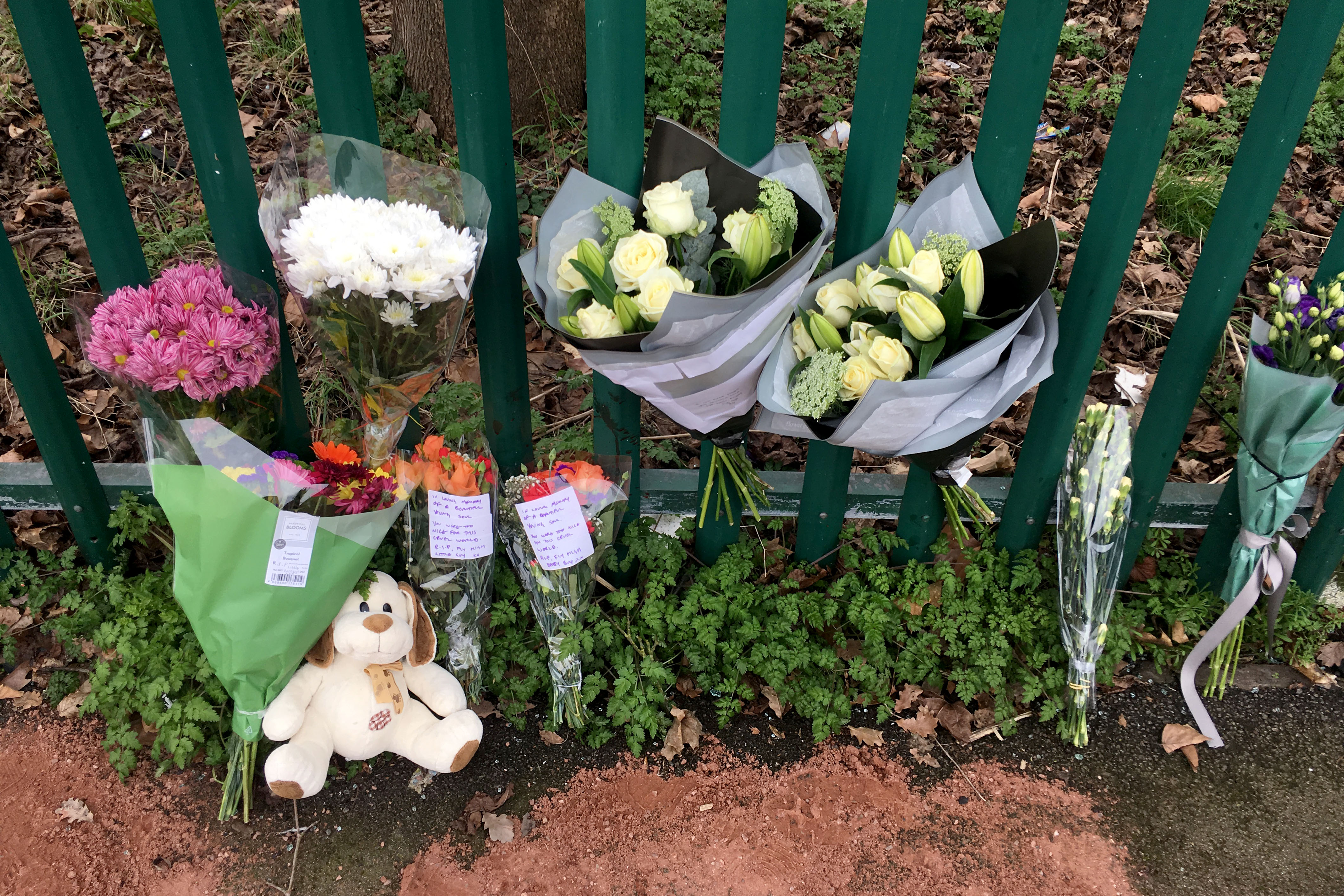 The Audi driver is still being hunted by cops after running from the smash with the family's BMW, with the 31-year-old Bentley driver in custody on suspicion of causing death by dangerous driving.

Det Sgt Paul Hughes, from the Serious Collision Investigation Unit, said: “This is an extremely tragic set of circumstances which has left a family totally devastated.

"Staff from our dedicated family liaison unit are now supporting them.

“I would appeal directly to the driver of the Audi to make contact with us.

"You may not be fully aware of the full tragic circumstances but you now need to speak to us.

"I would also ask the public who have any information or recall seeing a blue Audi S3 and a white Bentley Continental convertible travelling along the Birmingham New Road to make contact.

“The investigation is in its early stages and I would also ask the public to think about the family at this tragic time and not to speculate on the circumstances surrounding the collision.”

The road was closed for around seven hours as cops launched a probe following the tragic deaths.

Unfortunately it soon became apparent that nothing could be done to save the two young boys.

Richard Jones, aged 44, lives on Lawnswood Avenue and was coming home from work when he saw the ‘tragic’ scene.

He said: “People speed down this road and Birmingham New Road terribly.

“It’s scary living close to it, there needs to be some kind of speed deterrent here.

“I don’t know what can be done to stop it but the cameras need switching on and there needs to be a deterrent to stop it from happening.

“It’s a matter of time before someone speeds and comes through my living room, it’s dangerous.”

Shocked locals wrote on social media of their devastation at the loss of young life.

One posted "sleep tight angels" and another added "heartbreaking for that mom my kids are the same age.. I wouldn't want to wake up… R.I.P little ones".

A West Midlands Ambulance Service spokesman said: “On arrival ambulance staff found a number of members of the public tending to those involved in the crash.

“There were three patients who all came from the same car. Unfortunately, it soon became apparent that nothing could be done to save the two young boys who had been badly hurt and they were confirmed dead at the scene.

“A woman who had been driving the car was assessed and treated at the scene by ambulance staff before being taken to the major trauma centre at Queen Elizabeth Hospital Birmingham.  Her injuries are not life threatening.

“There were no other patients.”

Anyone with information should contact police via Live Chat at west-midlands.police.uk between 8am and midnight or call 101. 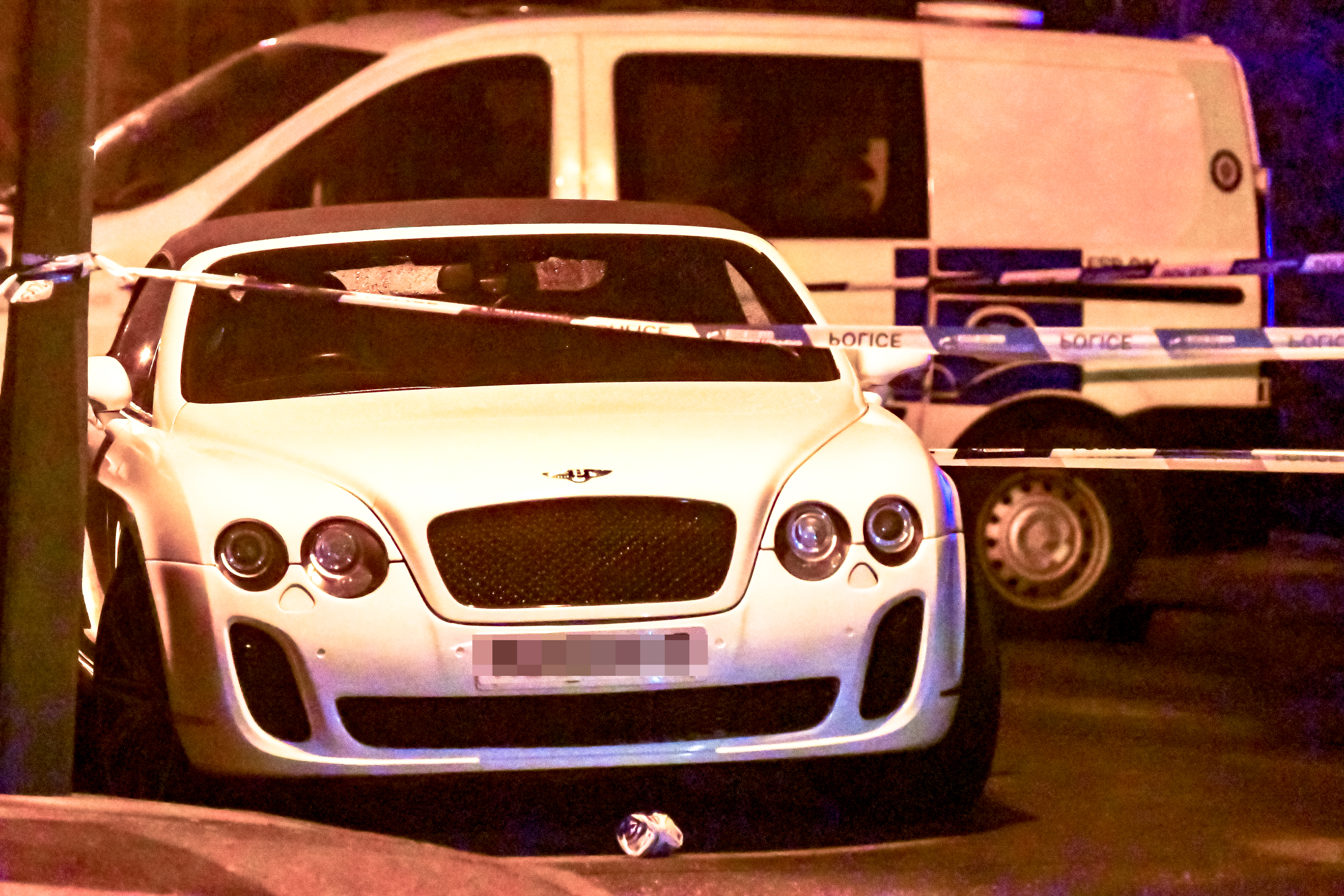 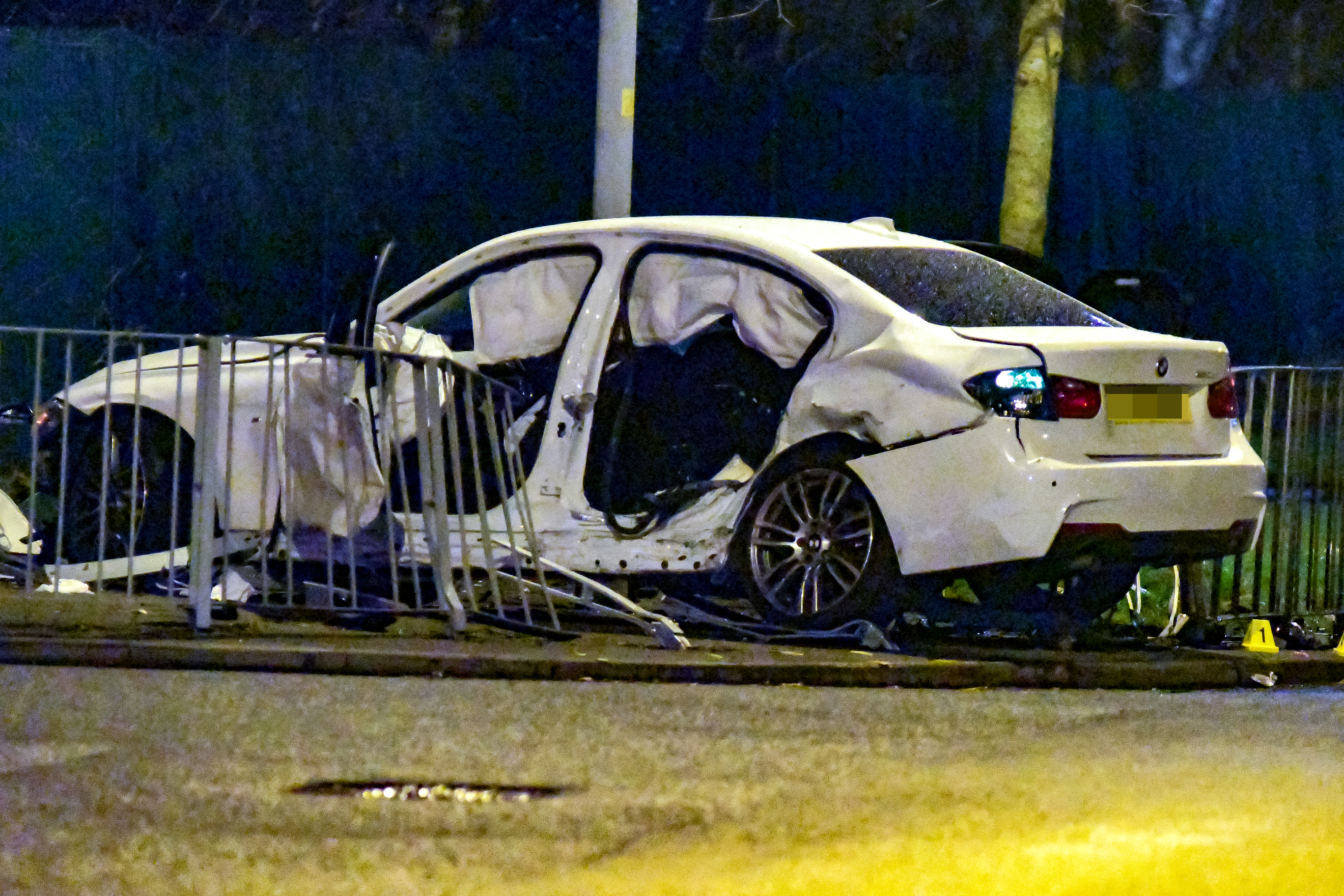 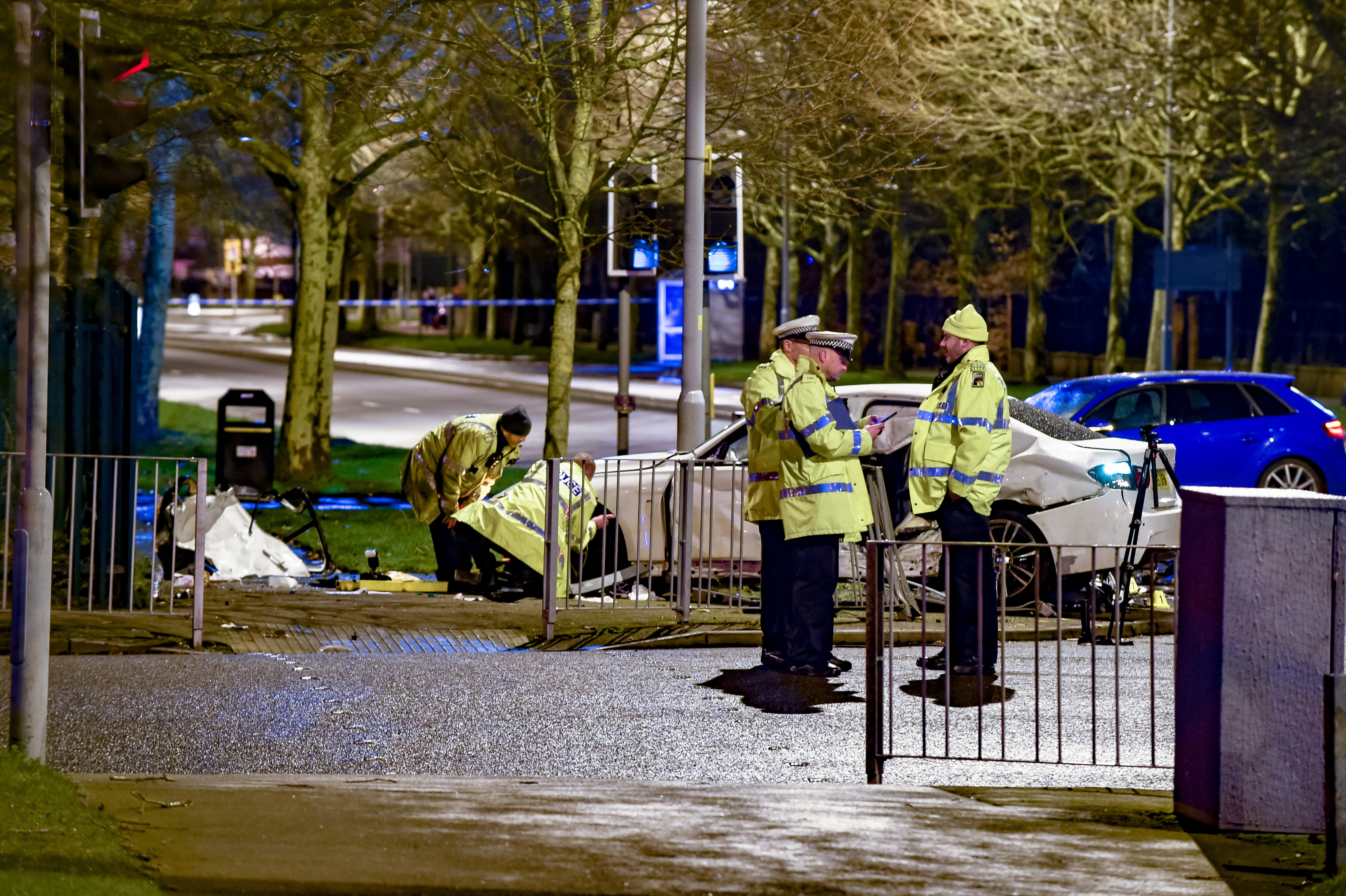 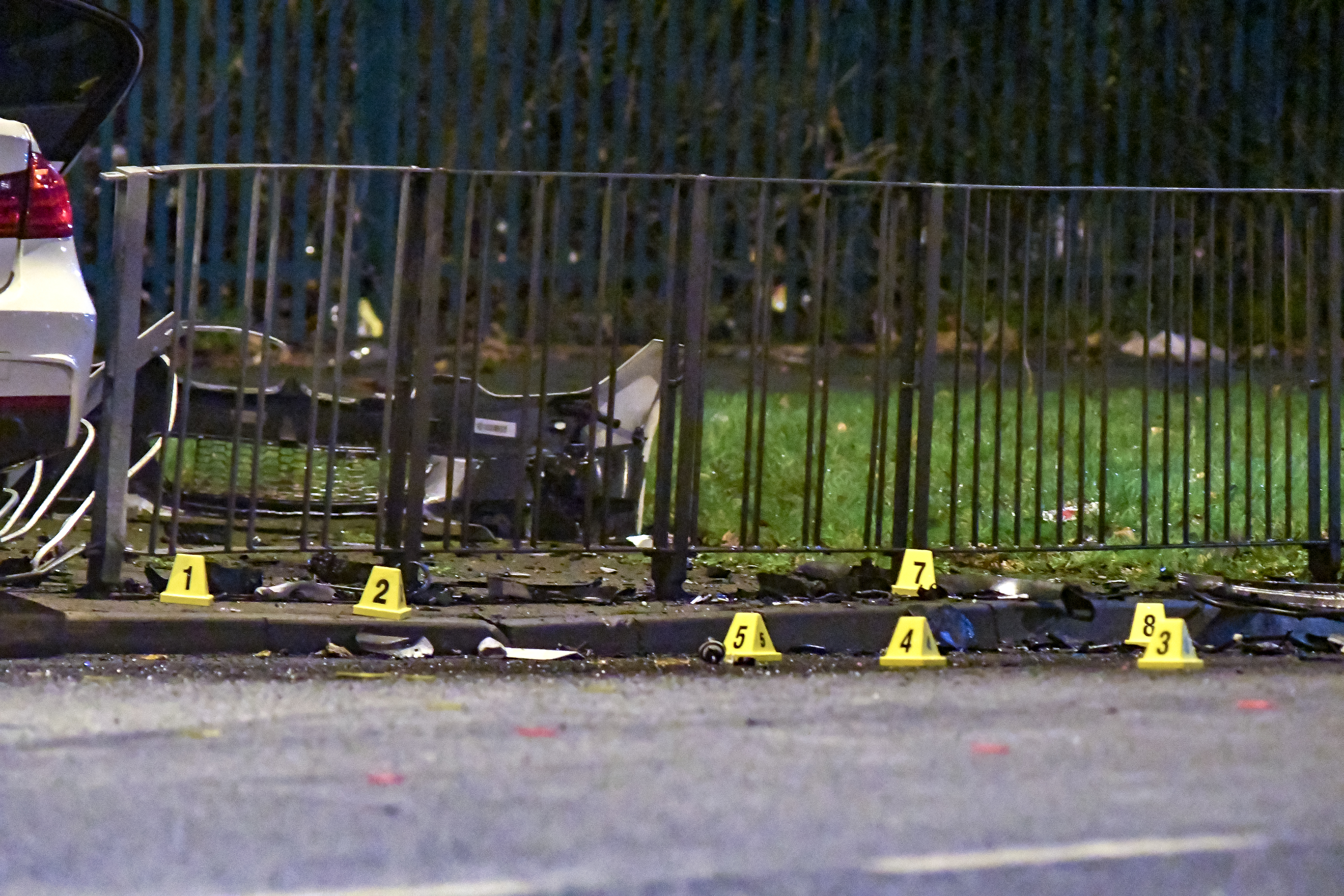 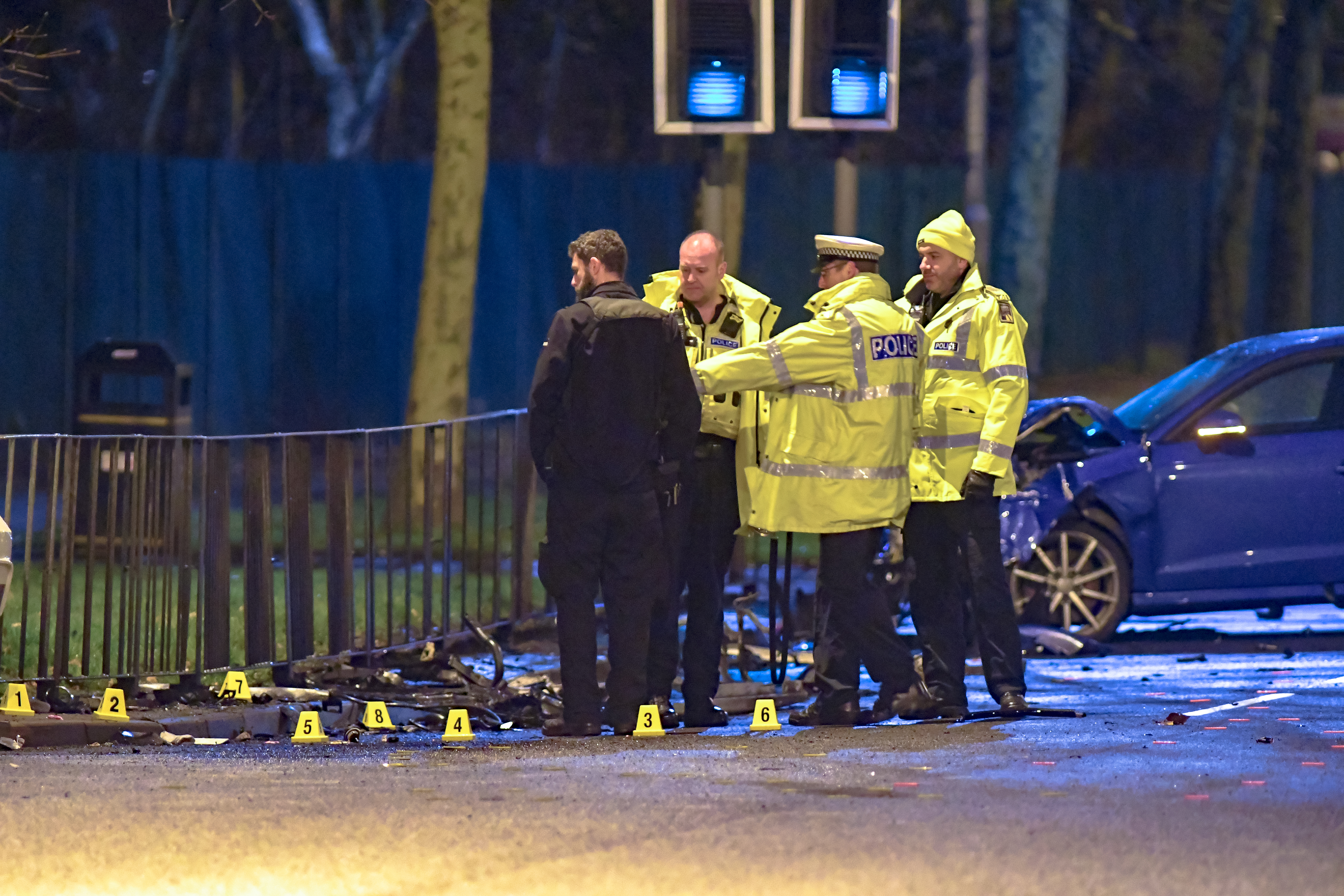 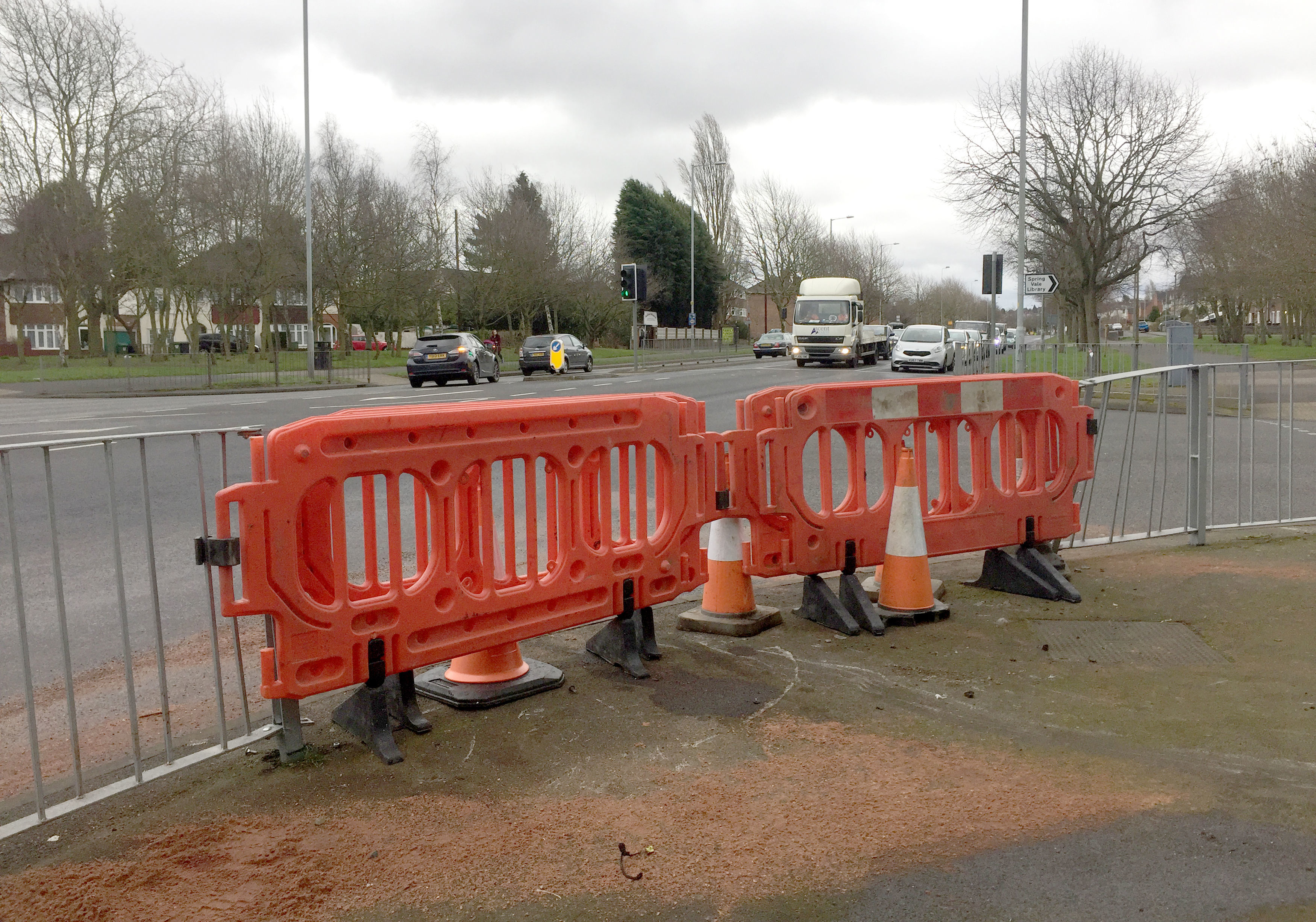 Zahawi says Britain should be 'very proud' of its private schools