There’s less snow and stricter rules, but skiers are adjusting in surprising ways. 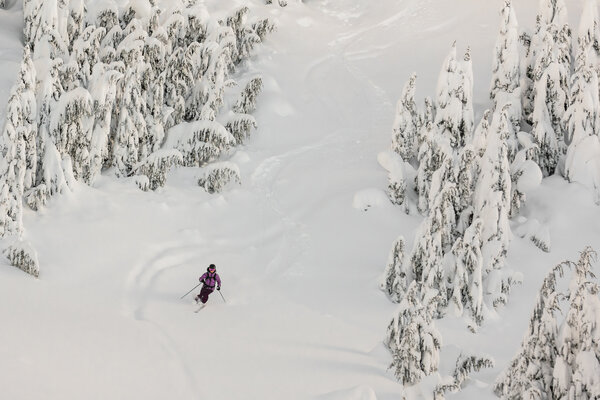 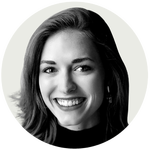 STEVENS PASS, Wash. — Skiing is an endangered sport, caught between a warming planet and a global pandemic. But there’s a boom in one corner of the ski world that’s being driven, at least in part, by a combination of climate change and Covid.

The unexpected upturn shows how skiers are adapting to the dual crises and how one winter sport is evolving as snow cover declines around the world.

Ski touring, or uphill skiing, a hybrid style that combines elements of cross country and downhill, has been popular in Europe for decades. In the United States, though, it’s traditionally been a sport for mountaineers and extreme athletes, who use the special skis to trek uphill and into the backcountry in search of untouched powder.

That changed when the pandemic shut down ski resorts in 2020. Sales of touring gear in the United States spiked as recreational skiers searched for ways to get uphill without lifts. Over a million people in the United States used touring equipment last year, even as most ski lifts reopened, with sales of the specialized gear rising 260 percent between November 2019 and the same month a year later, according to the market research firm NPD Group.

Tour skiers use removable traction strips called skins on their skis and adjustable bindings with free heels that allow them to walk. To descend, they remove the skins and lock in the heels for downhill runs.

The sport was born in Europe as a practical means of winter transportation, with the predecessors of today’s tour skis appearing as early as the 16th century. Uphill skiing is “part of the fabric of the culture” in Europe, according to Drew Saunders, a senior manager at Oberalp Group, the mountain sports company that owns the Dynafit and Pomoca ski brands. “The European market is almost a generation ahead of us in terms of in terms of the maturity and sophistication and ski touring in general,” Mr. Saunders said.

Ski touring began to trickle into the American mainstream in the mid-2000s, when videos of wild backcountry descents in places like the Himalayas, the high Andes and the Arctic began to circulate on the internet. “Back then, there was barely anyone doing it,” said Ingrid Backstrom, a professional skier who has helped to popularize backcountry skiing in the United States through films of her runs on remote slopes. “The equipment was harder to find, more expensive and didn’t work as well.”

In recent years, with snow cover diminishing and untouched powder increasingly difficult to reach, skiers like Ms. Backstrom have been pushed onto groomed trails more often. That increased visibility, combined with the pandemic shutdowns, she said, has prompted more skiers to try touring gear. “That always helps to have a visible example,” she said.

Ms. Backstrom also said more skiers are opting to avoid the backcountry and ski uphill on managed slopes because it’s “more safe given extreme changes in climate and weather.”

One of the main reasons is that, as weather becomes more volatile, avalanches are becoming more difficult to predict. For instance, much of the work done by Mr. Hardesty, the forecaster, is based on his previous observations and scientists’ computer modeling of past avalanches. But, he said, “the old hard drive isn’t necessarily going to be accurate at looking at the avalanches that we’re going to be seeing.”

He also said avalanche threats were amplified by wildfires, which are being worsened by extreme heat and dryness linked to climate change. “Increased layers of ash and dust within the snowpack create weak layers” that can cleave into avalanches, Mr. Hardesty said, and can accentuate the melting of the snowpack in general.

For Ms. Backstrom, whose brother was killed in a skiing accident, the safety considerations are increasingly pressing. “Now that we have two little kids, I’m very choosy about my backcountry days because of the risk of it and the risk of avalanches,” she said.

She now sometimes chooses to stay on resort runs, even when the snow conditions would enable her to traverse the backcountry. “It’s a straightforward way to hike up and exercise, have that freedom and feel the fun of skiing back down,” she said.

Beyond making backcountry skiing less safe, climate change is also making it harder to traverse unmanaged terrain for a growing portion of the season as snow cover diminishes.

Biden’s climate agenda in peril. President Biden is facing an increasingly narrow path to fulfill his ambitious environmental goals with the Build Back Better Act — which contains $555 billion in proposed climate action — in limbo on Capitol Hill.

How some cities are reducing emissions. A district in London has developed an innovative way to divert subway heat for buildings to lower carbon emissions. Stockholm and Vancouver are turning to waste heat from sewage instead.

Sounding the alarm. A report on the state of the Arctic highlights troubling and consistent trends in the region that are linked to global warming. Researchers are also growing increasingly concerned about Antarctica, where ice shelves are melting and wilder winds are altering crucial currents.

Many North American ski resorts have spent much of this season relying almost entirely on artificial snow. “Normally there would be enough snow to at least go attempt to tour in the backcountry by now,” said Tristan Droppert, head of United States marketing for Black Crows, a ski manufacturer, in late December. “And this year, it’s still almost impossible.”

In Colorado, where ski touring is especially popular among endurance athletes, skiers have been confined to a sharply limited range of terrain. Copper Mountain, the training ground for the United States Ski Team, was only 50 percent open in the days leading up to Christmas. The resort has quadrupled the number of uphill ski routes for ski touring, but the majority of the trails are being supplemented by artificial snow machines. And at nearby Bluebird Backcountry, a ski area founded last year and dedicated exclusively to uphill skiing, there wasn’t enough snow to open by Christmas.

Between 1982 and 2016, the American ski season shrunk by an average of 34 days annually, and levels of snow cover saw an average drop of 41 percent, according to a study in the journal Geophysical Research Letters.

“We are going to see the continuous shortening of the snow season,” said Xubin Zeng, director of the Climate Dynamics and Hydrometeorology Center at the University of Arizona and lead author of the study. “My best estimate is it will be at least double what we’ve already lost” by 2050. This trend will continue to affect not only skiing, but farming, fishing and wild ecosystems that rely on regular snow cover.

With that in mind, the industry is grappling with whether to adapt to the changing conditions or try to overcome them with new infrastructure and artificial snow.

China and the International Olympic Committee are preparing for the 2022 Winter Games on sites that will very likely use 100 percent artificial snow. About 49 million gallons of water will be needed to create the conditions necessary for the events, according to a 2019 estimate, a decision some have criticized as unsustainable.

A growing number of uphill skiers say they use touring skis on natural snow as a reflection of their values. “Powder is one of the natural wonders of the world,” Ms. Backstrom said. “It’s just a pure miracle of nature, and you can’t replicate that in any way, shape or form.”

Hanging on to those values may require further adjustments as snow cover continues to thin.

“We’re probably going to have to walk for a while in the dirt and our shoes,” Mr. Droppert said of ski touring in coming years, “and then strap on skis and skins.”

“But we’re always going to ski, even if it means we have to walk in the mud.”