A HERO football fan was undergoing surgery today to save his hand after a firework blew up as he tried to move it away from children.

Paul Markham was celebrating outside Blackpool FC’s Bloomfield Road stadium after his team secured a League One play-off spot yesterday with a 1-0 victory over Oxford. 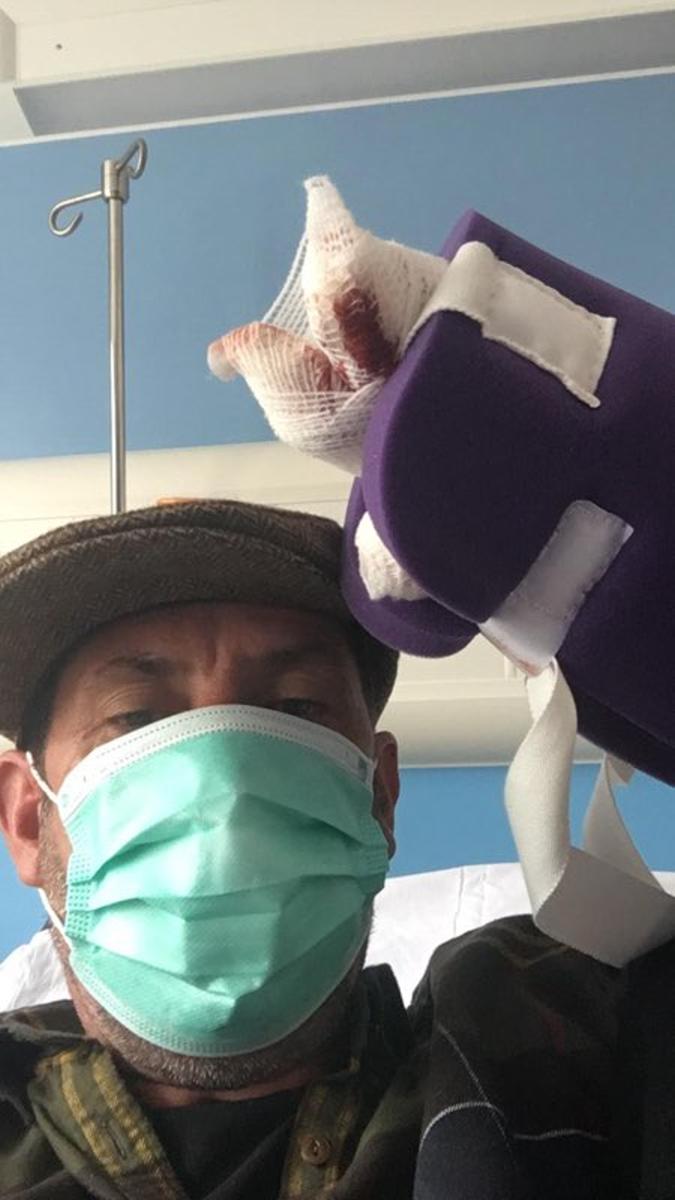 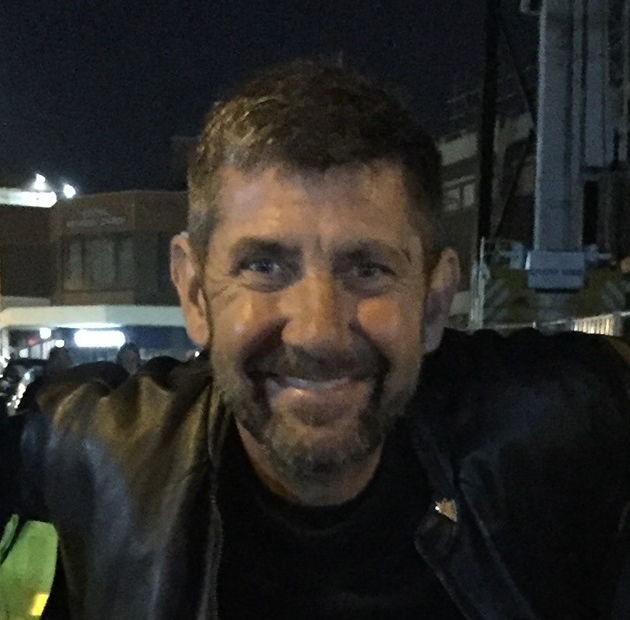 The roofer was among a few hundred fans who gathered at the ground following their team’s win.

But the 50-year-old was left seriously injured when he spotted a smoke bomb firework thrown into the air had landed near to some kids.

Paul went to move it but as he did it detonated, blowing off his index and middle fingers and his thumb on his left hand.

He was rushed to hospital and fellow fans later found his missing body parts and they were taken to Blackpool’s Victoria Hospital.

Single Paul was today being operated on by plastic surgeons at Royal Preston hospital, Lancs, who hope to re-attach his fingers and assess the damage to his hand.

A friend said: “Paul’s a happy go lucky guy who was just outside the ground celebrating his team’s victory. 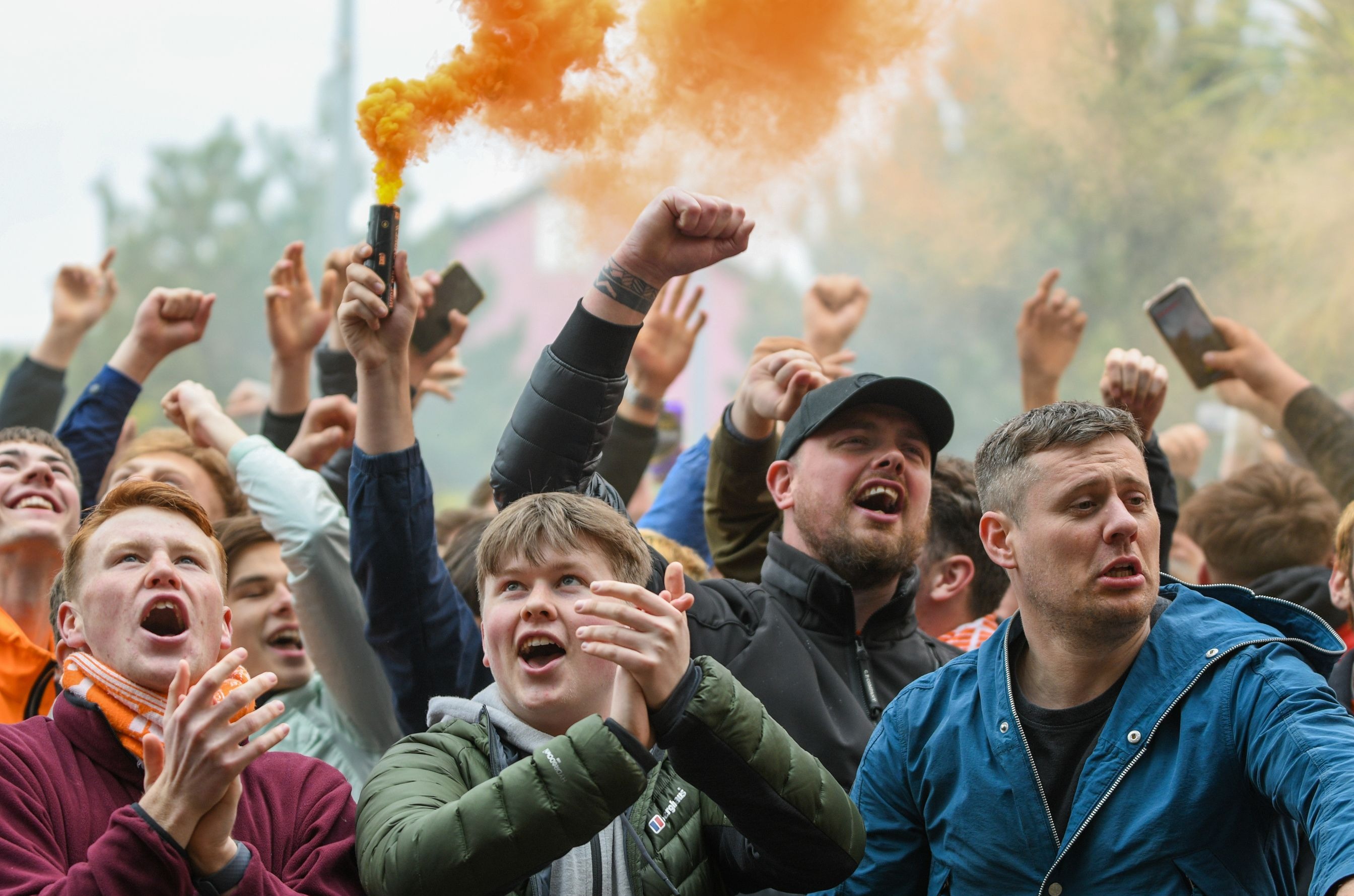 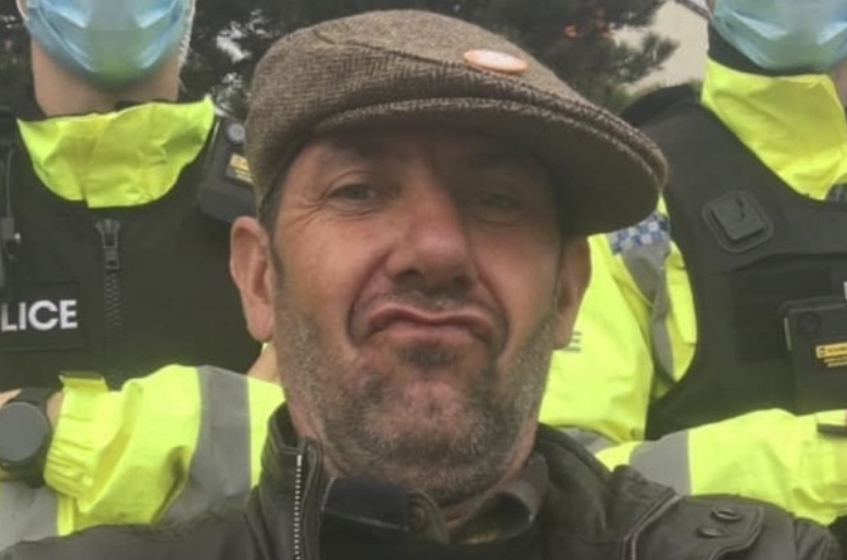 “There were lots of fans there and some of them let off smoke bombs. Paul saw one of them had landed near some children so he tried to grab it to get it away from them.

“But as he’s done so, it’s gone off like a bomb and blown his fingers and thumb off.

“They were found later on and someone took them to hospital. Now he’s having an operation but we don’t know the extent of his injuries.”

Paul’s pals have now launched an appeal and have already raised more than £2,000 for him.

Friend Rastly Broxson told well-wishers Paul “picked a firework up to get it out of the way of his mate's son,it went off in his hand. He’s a proper hero.

“He’s in a bad way and the next 24hours are a big deal as to how much of his hand can be saved.”

Others called for cops to hunt down whoever was responsible.

Nick Banting wrote on Twitter: “Just read what happened to that poor lad outside Bloomers this afternoon.

“Delighted for the result today, but whoever is responsible should be punished by the police, and banned from Bloomfield Road for life. 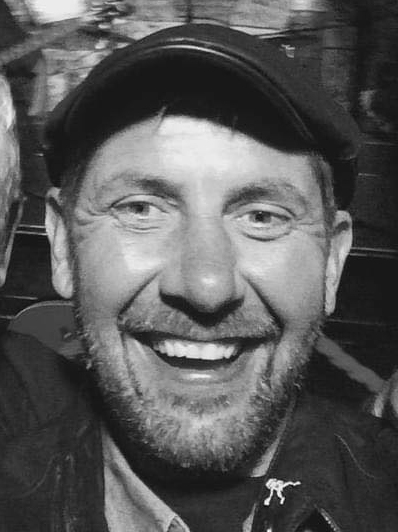 “Absolute cretin and doesn’t deserve any sympathy for being an idiot.

“Nobody should go to a ground and leave with life long injuries. Just reading about it has properly pi**ed me off. I hope he’s named and shamed, and I hope for the love of god he gets sent down for GBH.”

Paul attended the celebrations with his best friend and his teenage son.

His dad Billy Markham, 70, said: “Paul was near the front of the crowd and he saw this firework next to some little kids.

“He was going to kick it away but he decided to pick it up so he could throw it into an empty space.

“As he’s done that, it’s exploded. It’s gone off like a bomb.

“Apparently there was blood absolutely everywhere. 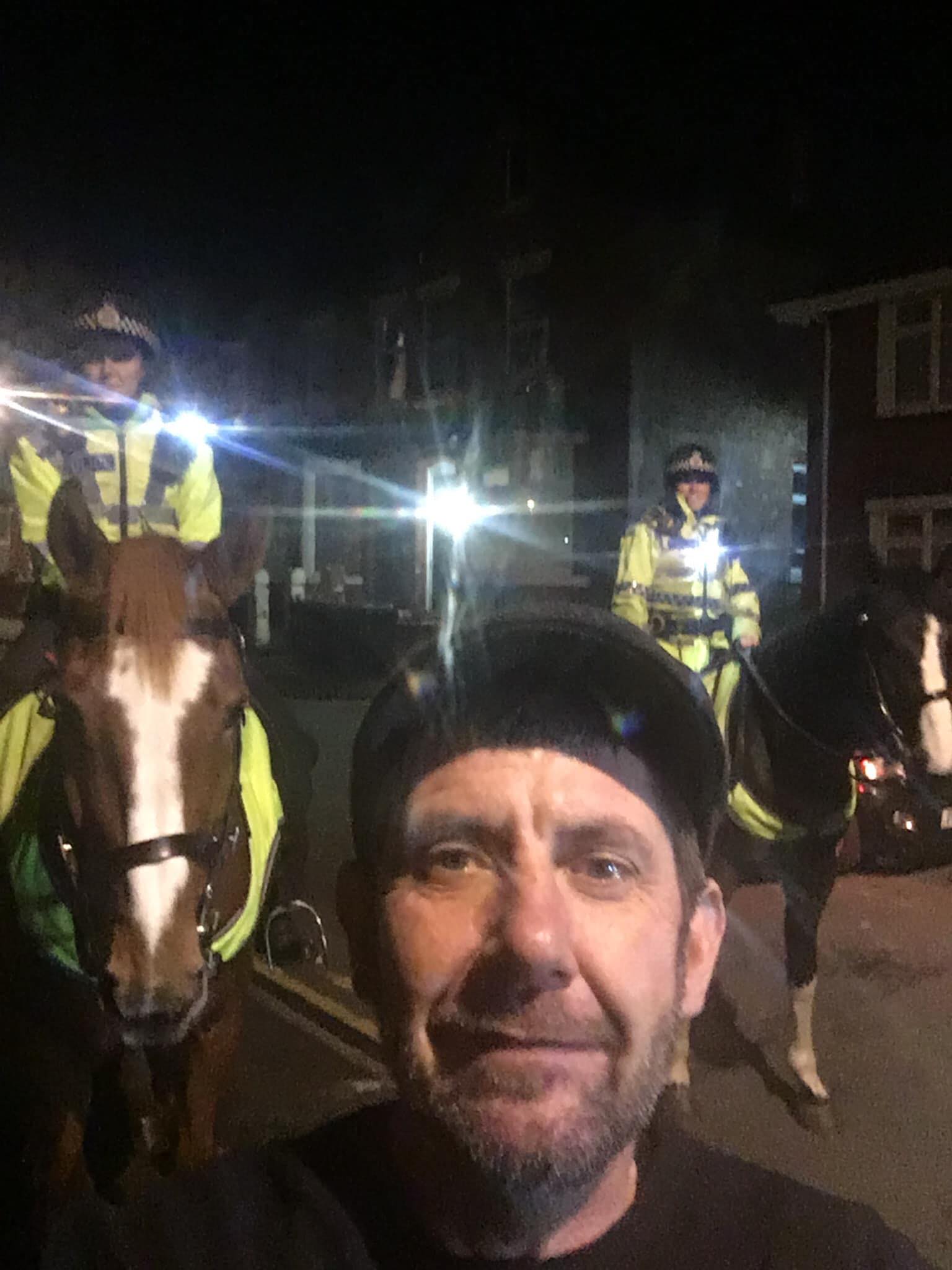 “A woman tied a Blackpool scarf around his hand and then one of his friends who had just done a first aid course took off his belt and used it as a tourniquet.

“They called an ambulance but waited ages so in the end a friend but Paul in the car and took him to hospital.

“I went down and Paul was chatting to the nurses and trying to keep his spirits up.

“Someone then turned up with a plastic bag and said that they’d found his fingers and put them in there with some ice.”

Billy, who employed his son in his roofing company until he started working for himself about ten months ago, said his son was undergoing a three-hour operation on his right hand today.

He said: “He’s right handed so he’s going to have to learn lots of things again and he won’t be able to work as a roofer anymore with one hand.

“I lost some fingers when I was 16 so know what it’s like. I taught myself to write left handed but I was younger so it was easier for me.

“The people who saw what happened said if it wasn’t for Paul those children near to the firework would have been seriously hurt because of the size of the blast.

“I’m just glad we’re talking about fingers and thumbs rather than his face and eyes.

“I just hope the police catch the morons who brought the firework.”

A Lancs Police spokesman said: "Around 1.40pm yesterday a man suffered serious injuries to his hand and arm in Seasiders Way, Blackpool.

“It was reported the man had suffered the injury after trying to move a pyrotechnic device which had been thrown close to a child.

“The man, aged in his 50s, was treated by officers at the scene and later taken to Royal Preston Hospital for further treatment.

“An investigation into the circumstances around the injury is ongoing.

“If you have any information please contact police on 101 or email [email protected] quoting log 0345 of May 9.”

Boris Johnson, sniping at May, calls for 'no deal' Brexit minister