A PARAMEDIC who died after an object smashed his windscreen on a 999 call had a week left at work before retirement, his heartbroken family have revealed.

Jeremy Daw — also known as Jack — was in the front passenger seat when the vehicle was hit yesterday. 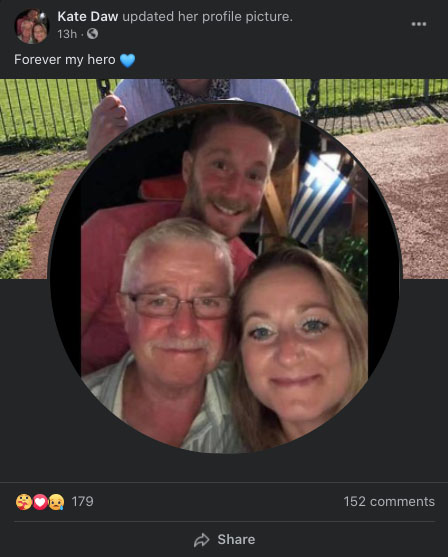 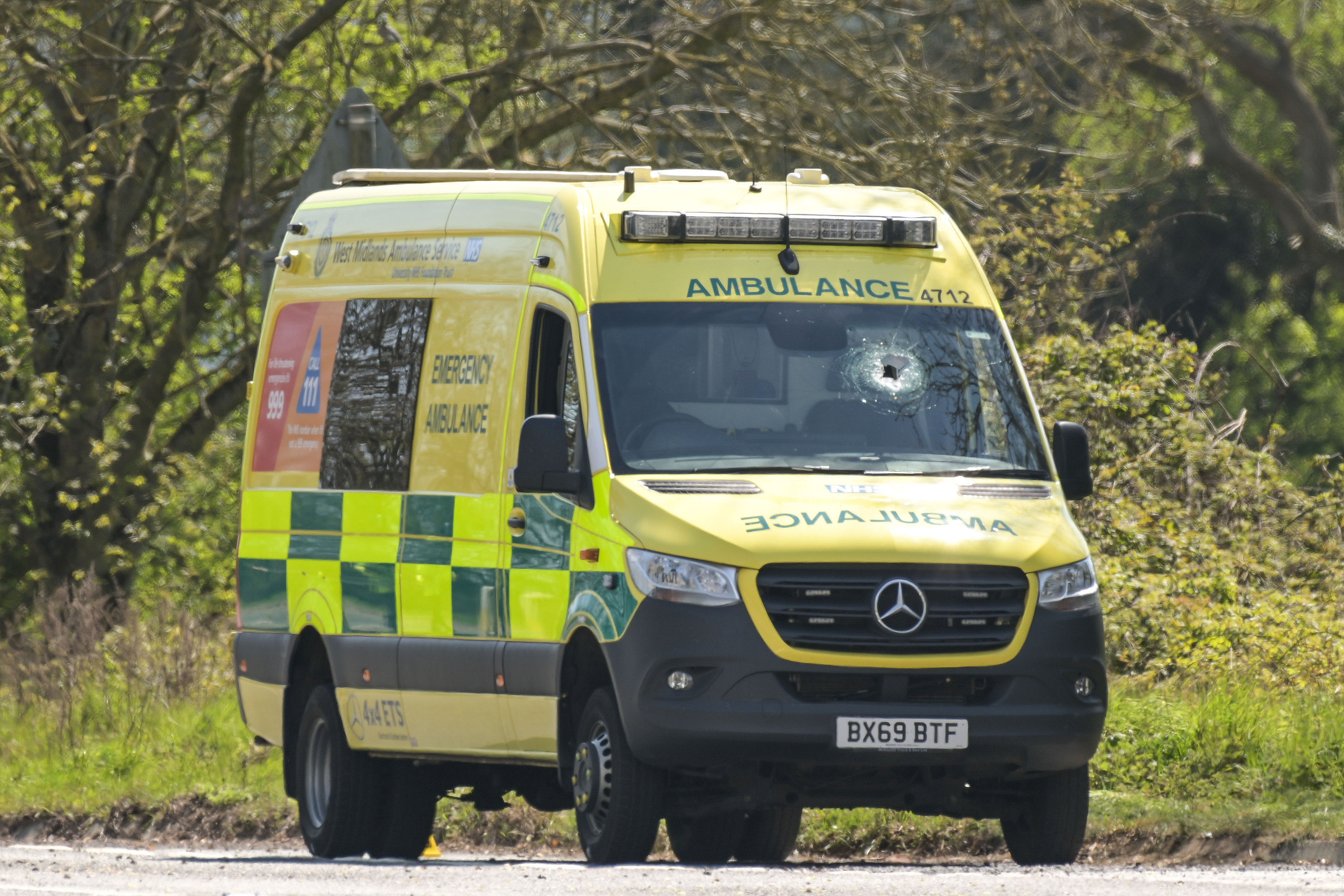 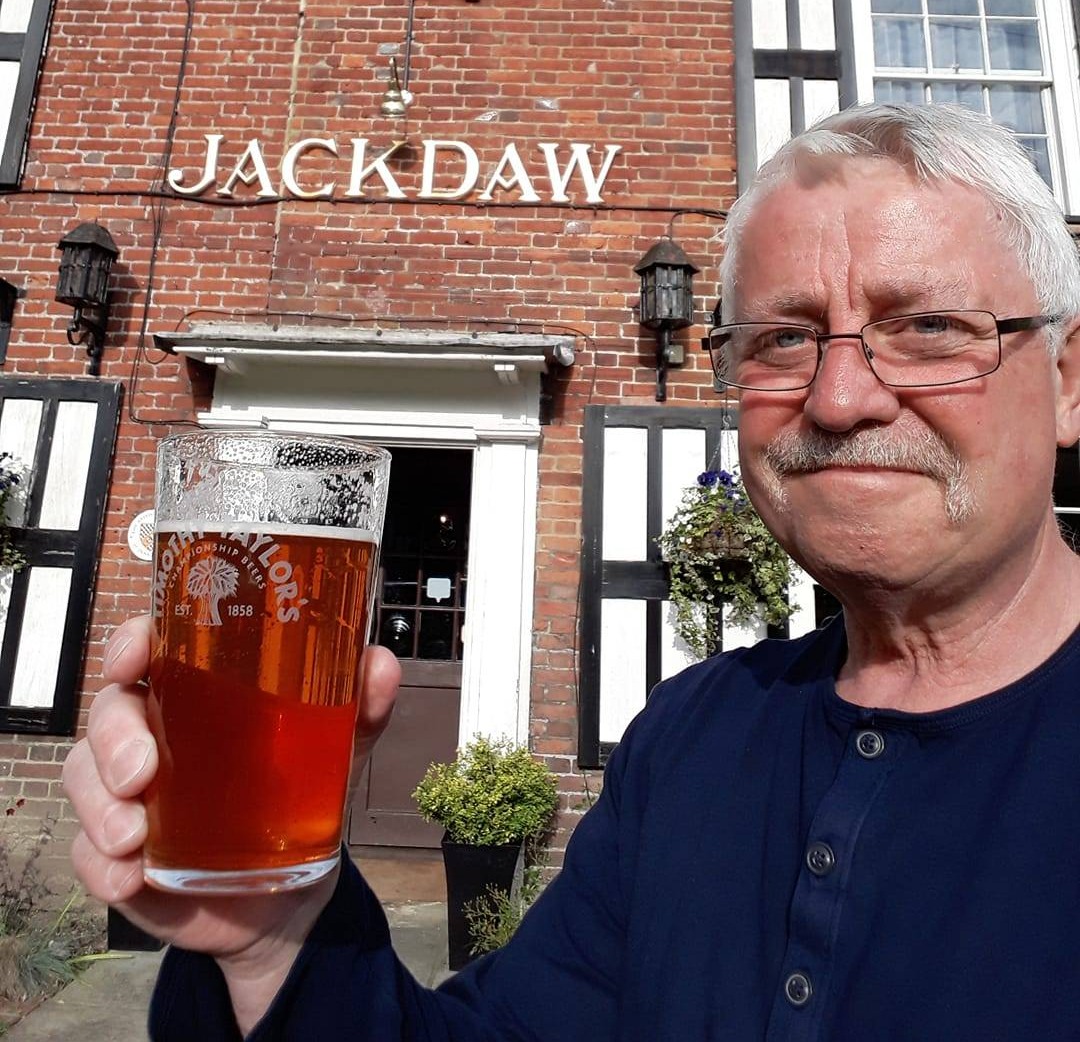 The 66-year-old had come out of retirement in January because of Covid pressures and to “do his duty”.

Tragically, he only had four shifts remaining before he was due to retire again.

Police are appealing for information over the incident, which happened on the A49 in Herefordshire at 8am on Saturday.

His devastated family told The Sun he wanted to become a pilot and have spoken of their heartbreak.

His brother, Philip, said: “It was a freak accident, an absolute tragedy. Initially our worry was that someone had thrown something through the windscreen but this has been discounted.

“There was a lorry full of stones and it appears a stone was flicked up but at this stage no one is sure. It is still being investigated.

“He had just seven shifts left to do before retiring on a full pension. He loved life and he wanted to take a pilot’s course.

“He was still working to help out and would have retired fully very shortly, and with an active life ahead of him. 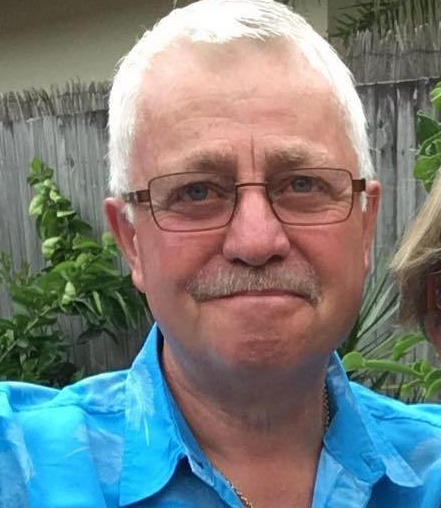 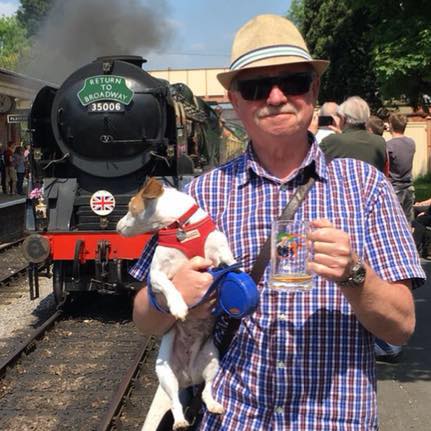 “He was fit and well and as bright as a button, which makes it such a shock.”

His heartbroken daughter Kate Daw paid tribute to her tragic dad as “my hero” as she said: “He died doing the job he adored.

"Although he had to deal with sickness and death he got a lot of satisfaction from his work. He enjoyed helping people. "

The mum-of-four told how her dad had retired as a paramedic and first-responder in November last year, but returned as technician to help out during the Covid crisis.

She explained: “He had dropped down as a technician and was doing seven shifts a month, and had just four left to do before retiring.”

A source said: “He came out of retirement and supported his colleagues during the second wave. He wanted to be back on the frontline helping his colleagues.

“It summed him up perfectly. He was selfless and always wanted to help.

“He saw the crisis in front of him and got back out there to help out. Everyone was in awe of him.

“He’d only got less than a week left as well before he retired again. What’s happened is desperately cruel.

“It’s heartbreaking. The man was a hero.”

He injected a heart attack victim with a new blood clot-busting drug when a doctor – examining scans on screen in Hereford – gave the go-ahead by e-mail.

The doctor's diagnosis was based on pictures of the man's heart beamed from the back of Mr Daw’s ambulance, the action unfolding as a high-speed e-mail exchange between the two.

It was the first time that a clot-busting drug has saved a life this way in Herefordshire.

Without it, the patient could have gone 'either way', said the paramedic.

Mr Daw was a keen treasure hunter and in 2017 discovered a haul of Roman coins.

His daughter, Kate shared a photo and said: “Forever my hero”.

Locals said lorries regularly use the busy road and debris often flies off them.

A source said: “The poor man was incredibly well respected and well liked. He was a mentor to a lot of people. It is devastating.”

The crew were responding to an emergency when the object struck the ambulance. No other vehicles were involved.

Pictures from the scene show the scale of the damage to the windscreen. 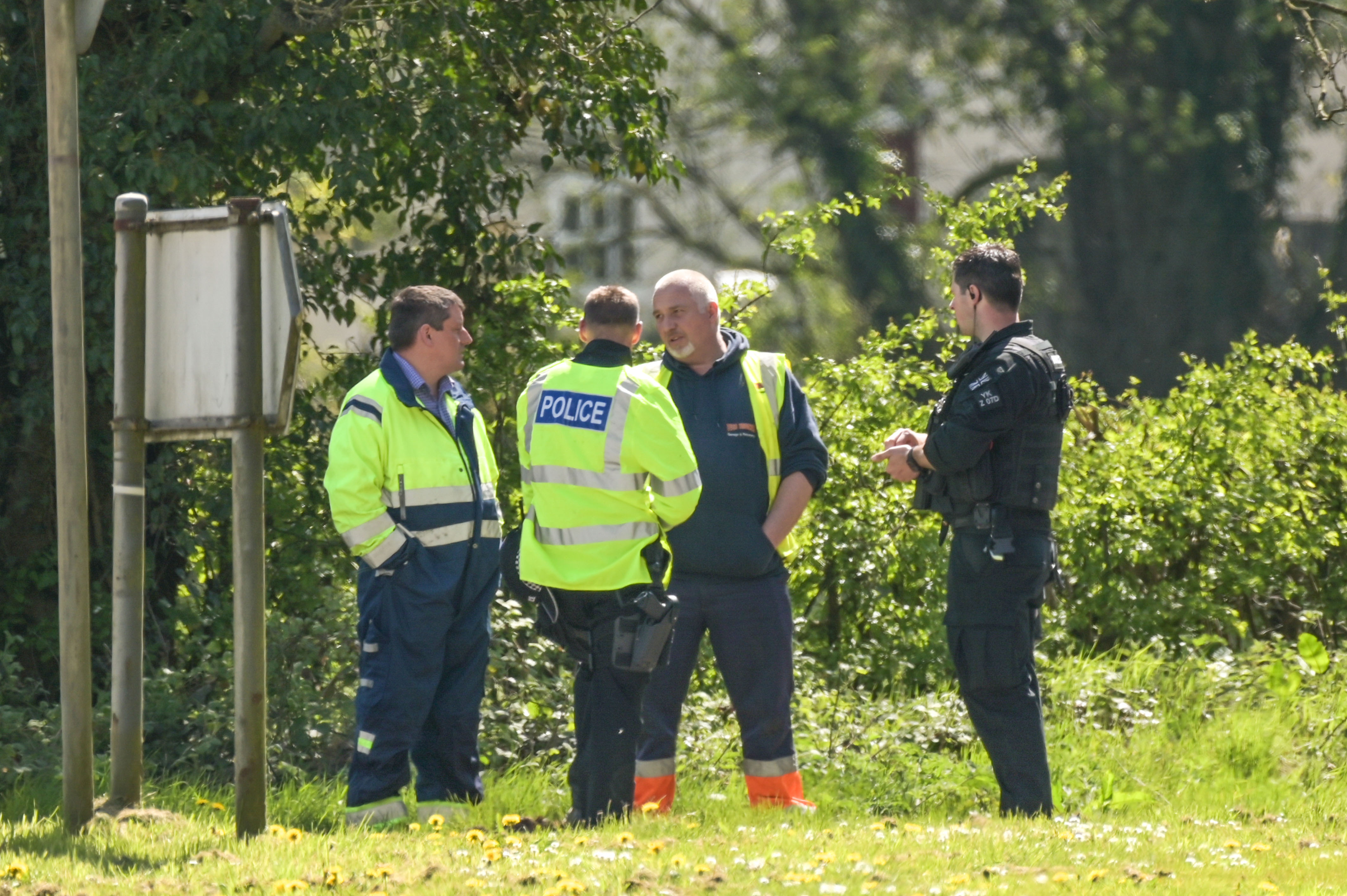 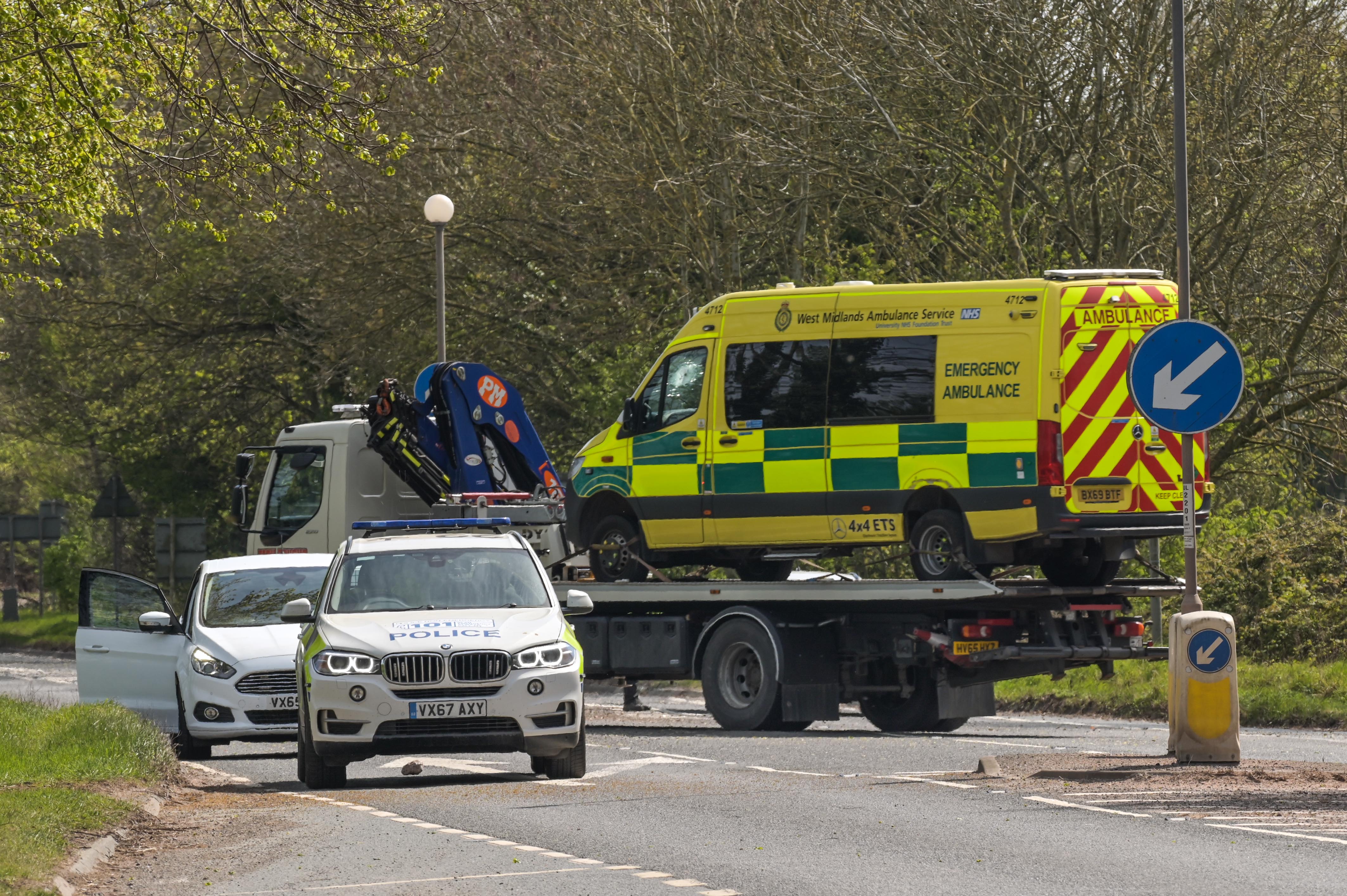 A West Midlands Ambulance Service spokeswoman said: “Sadly, despite everyone’s best efforts, nothing could be done to save our colleague, who was the front passenger, and he was confirmed dead at the scene.

“His crewmate, the driver, was also injured in the incident.

"He has received treatment at hospital and has subsequently been discharged.”

The road was closed off until mid-afternoon.

West Midlands Ambulance Service Chief Executive, Anthony Marsh, said: “This is truly awful news, and my thoughts and prayers go out to the family, friends, and colleagues of those involved at this very difficult time.

“I am enormously proud of all the staff and the university students as part of their clinical placement that worked so hard and professionally to try to save our colleague.

“I am sorry that despite their best efforts, he could not be saved.”

Colleagues took to social media in the wake of tragedy.

One wrote: "We have lost one of our colleagues on duty today. Another is injured."

West Mercia Police are asking anyone who may have seen the incident or have dashcam footage to contact them on 101 quoting incident 00101i of 24 April. 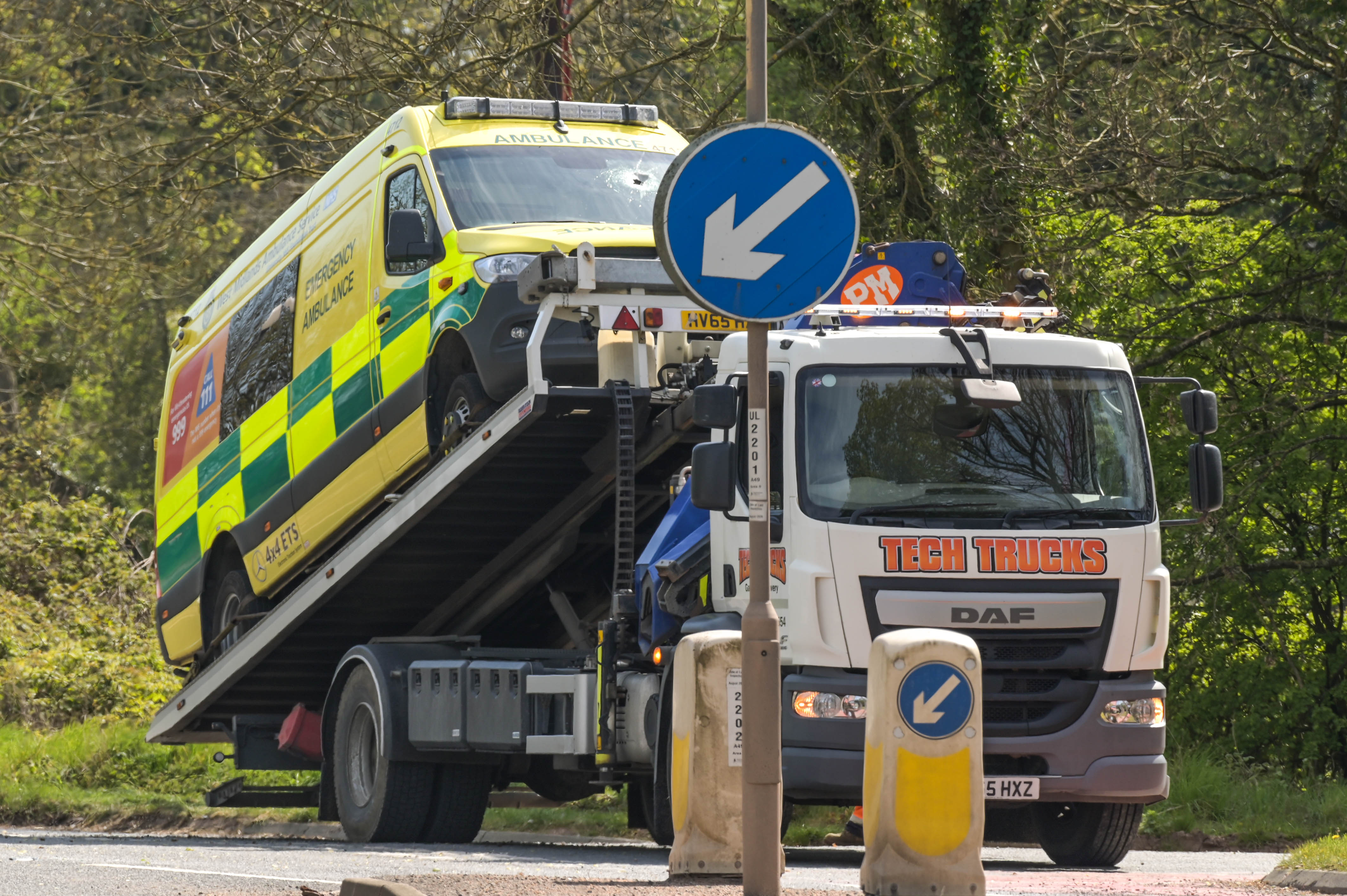