TWO pilots have been branded as heroes after they saved the lives of 19 people onboard a missing Russian plane.

Anatoly Prytkov, 56, and Faruh Khasanov, 32, safely landed the Anatov AN-28 passenger plane which disappeared from radars over Siberia earlier today. 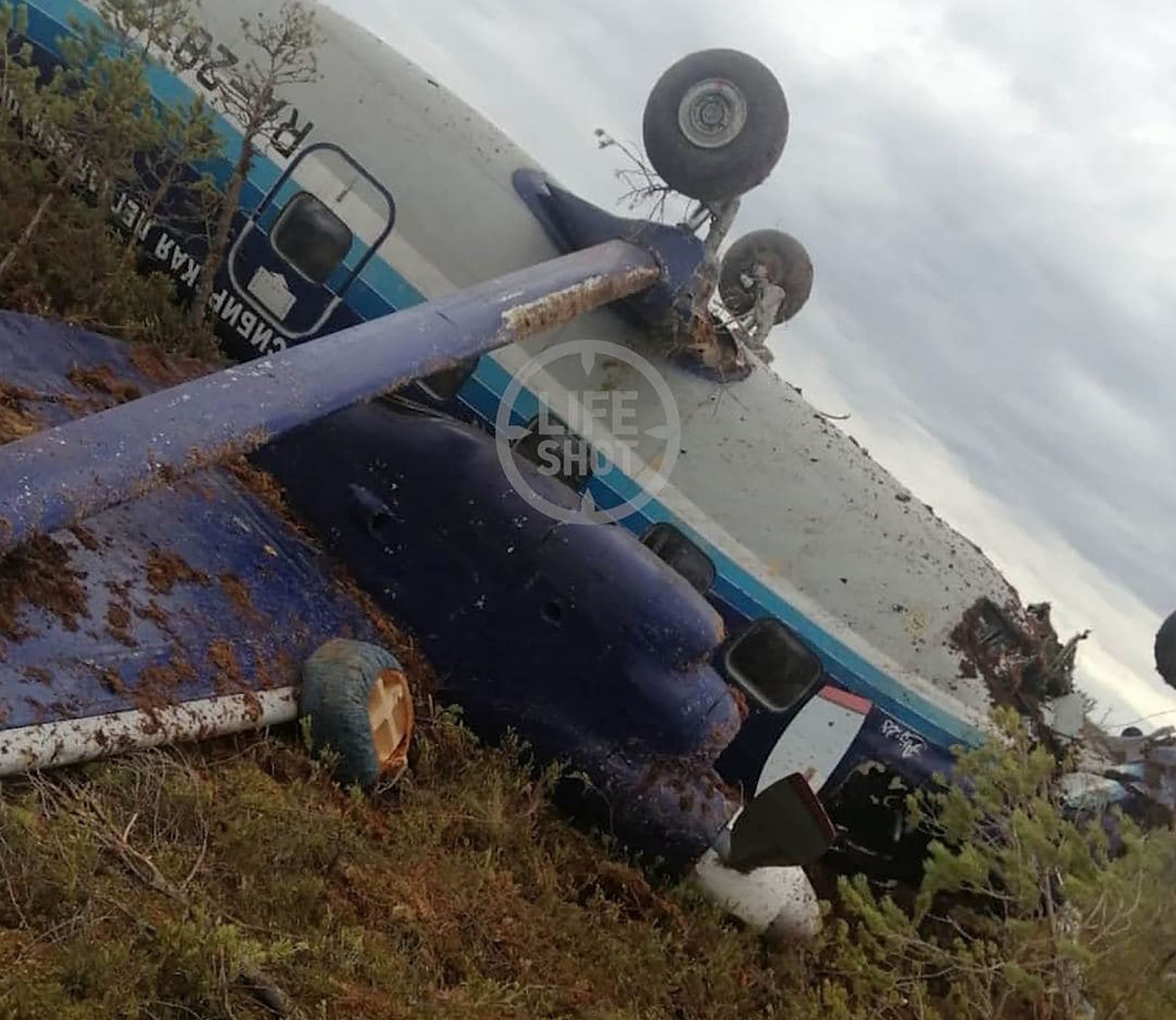 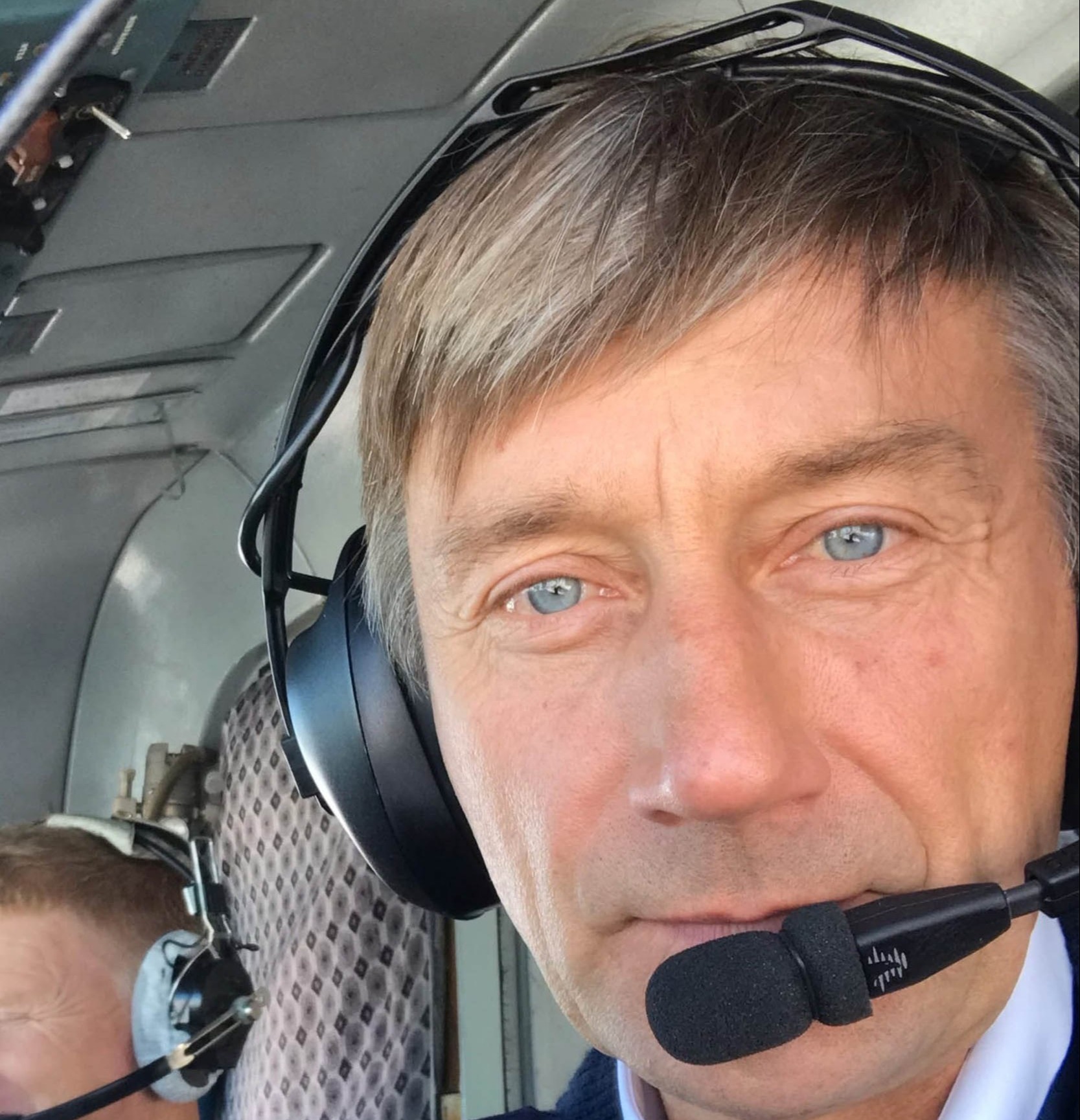 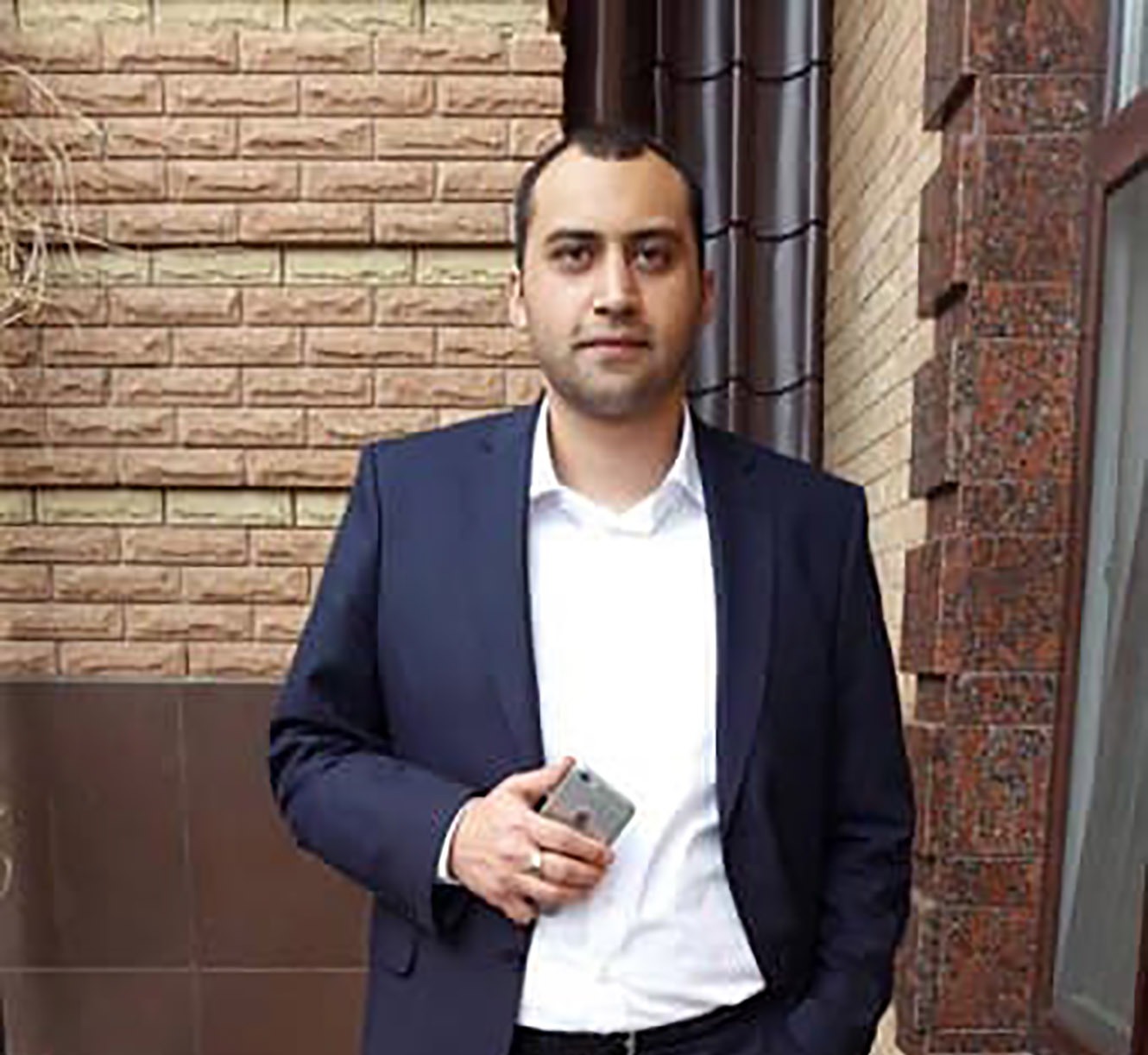 According to Sun sources, the badly damaged plane was spotted from the air as all known passengers survived.

Remarkable footage shows the plane’s nose damaged but the rest of the aircraft mainly intact.

Reports say there was no smoke at the crash site as pilot Anatoly Prytkovf found a spot to land amid swamps.

The survivors have now be airlifted from the crash site in the taiga, have spoken for the first time about their ordeal.

A passenger, who broke his leg, said: "During the flight both engines failed.

“They iced up. “The engines were covered with ice and did not restart.”

“During the landing we clipped the trees and when the plane touched the ground it buried with its nose in the ground and overturned.

The passenger confirmed that pilot sent distress signals as rescuers found the survivors approximately two hours the our crash landing.

He added: “After the landing we opened the doors, left the plane and we had time to organise a small camp.

"We lit a fire, because we thought we could be waiting here all night for rescuers."

The passengers and three crew were evacuated  to hospitals in Tomsk city.

But some were scared to fly by helicopter after their crash ordeal, said reports. 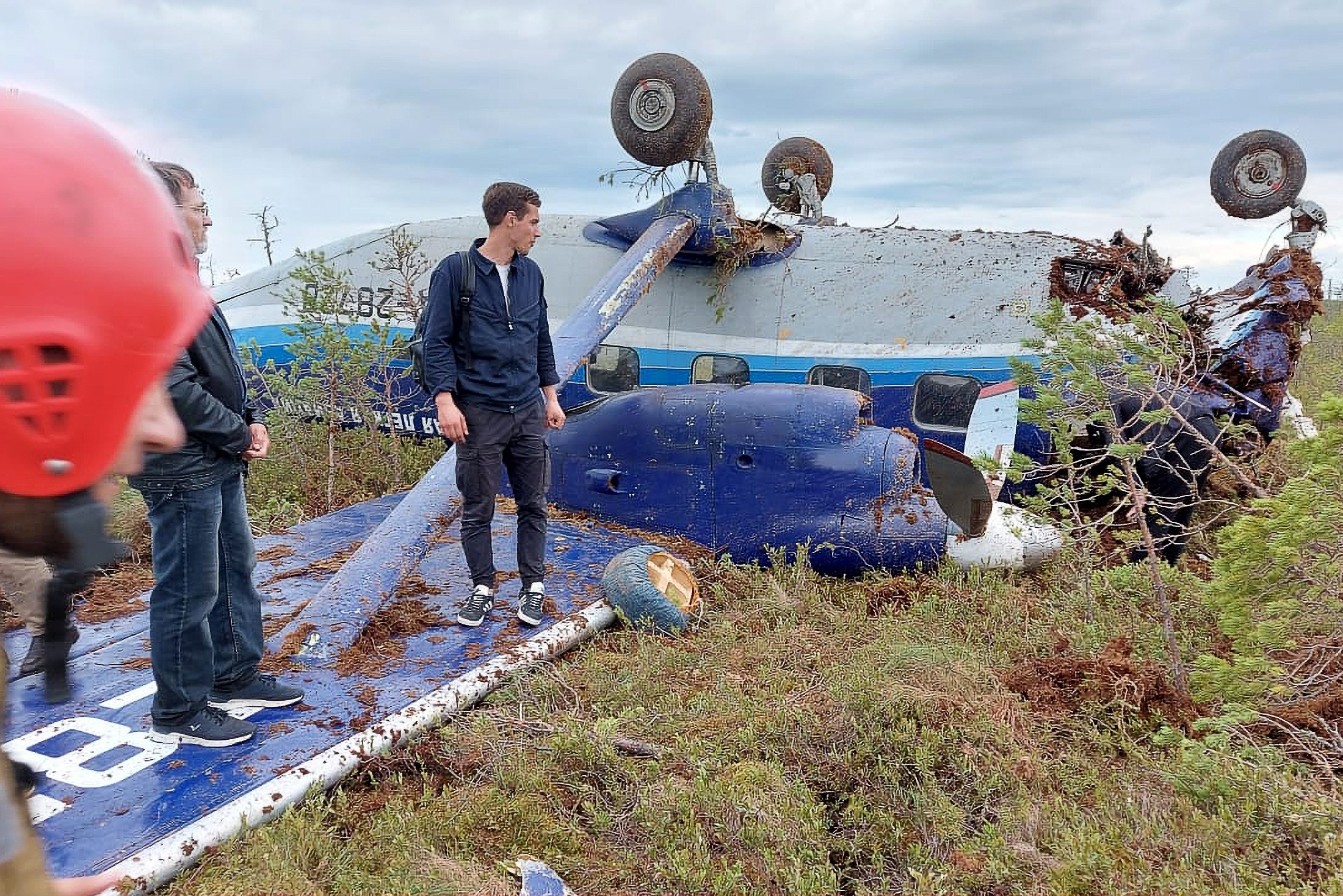 It follows as the Anatov AN-28 passenger plane went missing outside the Siberian city of Tomsk on Friday, according to Interfax news agency.

"Communication was lost to the An-28 plane from the company Siberian Light Aviation," said an emergency services spokesman.

There were 19 passengers on the commercial flight run by regional airline SiLA including four children, and three crew members, officials have confirmed.

The region's governor said three emergency Mi-8 helicopters had been dispatched as part of a search-and-rescue mission.

It's understood the flight crew did not report any problems before the plane disappeared, officials added.

The aircraft was travelling from the town of Kodrovy on a one-hour-twenty-minute flight to Tomsk when it disappeared from radars.

One report said an emergency beacon signal "indicates that the An-28 could have made an emergency landing or crashed in Bakcharsky district".

The plane missed a scheduled communication and disappeared from radar after taking off from Petropavlovsk-Kamchatskiy airport.

Wreckage was later found in the sea, and 19 bodies were pulled from a cliff. 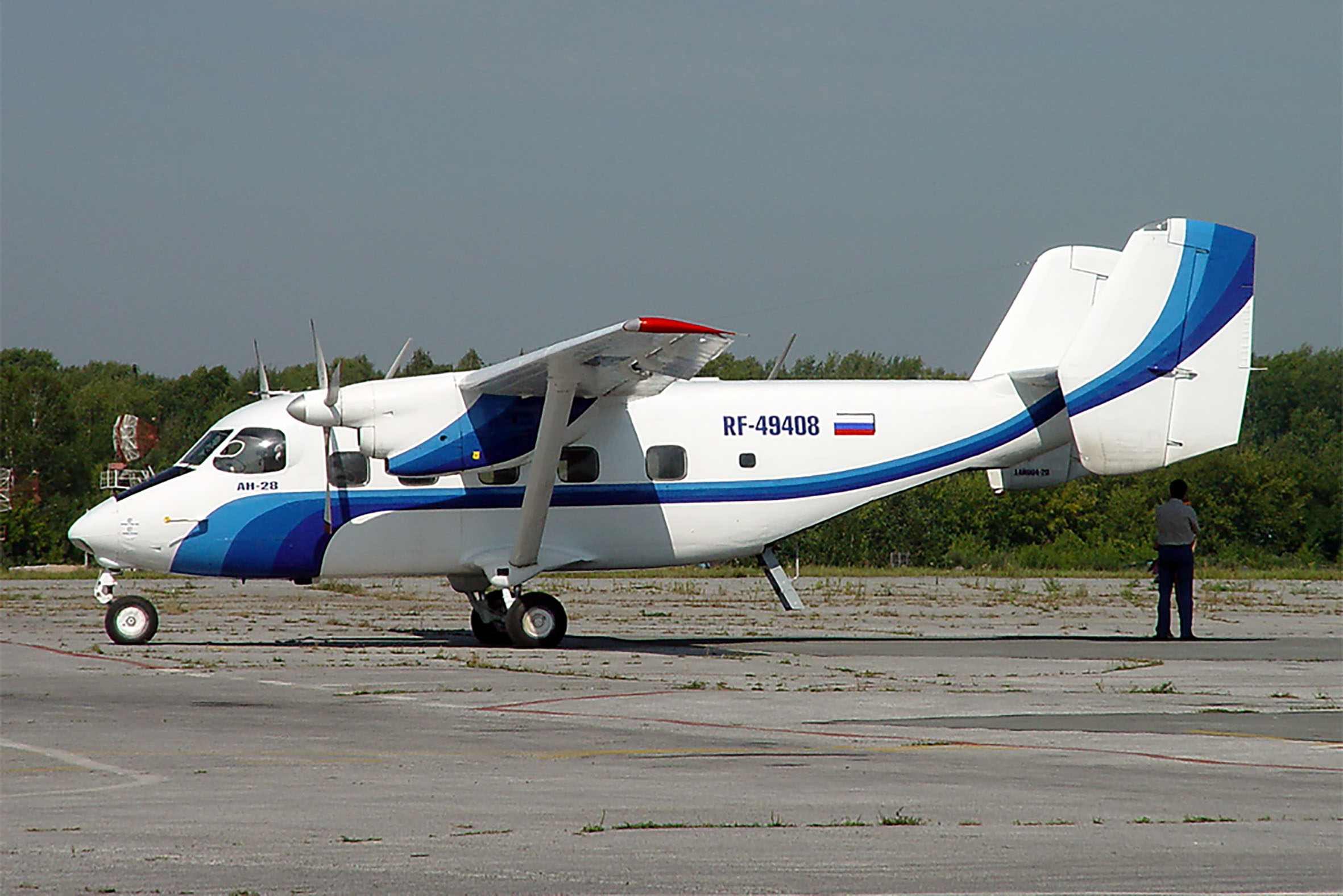 Russia, once notorious for plane accidents, has improved its air traffic safety record in recent years.

The An-26 that vanished two weeks ago – which is similar to the An-28 – was a twin-engined turboprop civilian and military transport aircraft, designed and produced in the Soviet Union from 1969 to 1986.

In August last year, a South West Aviation An-26 turboprop aircraft crashed while taking off from Juba Airport in Juba, South Sudan.

A month later an An-26 hit the ground while coming into land near the town of Chuguyev in the east of Ukraine, killing 22 of the 28 people on board.

The last major air accident in Russia took place in May 2019, when a Sukhoi Superjet belonging to the flag carrier airline Aeroflot crash-landed and caught fire on the runway of a Moscow airport, killing 41 people.

In February 2018, a Saratov Airlines An-148 aircraft crashed near Moscow shortly after take-off, killing all 71 people on board.

An investigation later concluded that the accident was caused by human error.

The aircraft has been in service since 1982.

Soviet-era planes are still being used by the military and commercial airlines and make up dozens of deadly crashes in Russia over the past few decades.