One of France’s most prominent political commentators is facing a criminal investigation after being accused of the sexual abuse of his stepson, in the latest taboo-breaking scandal to rock the French intellectual elite.

Olivier Duhamel, 70, who has described the ‘incest’ allegations as ‘personal attacks’ and since resigned from all his media and academic posts, is accused in a new book, written by his stepdaughter Camille Kouchner, of abusing her twin brother for two years from the age of 14.

The book ‘La Familia grande’, which is due to be published on Thursday but has been serialised in French newspaper Le Monde and L’Obs magazine, has shocked French intellectual circles given Duhamel’s prominence and close connections to the elite. 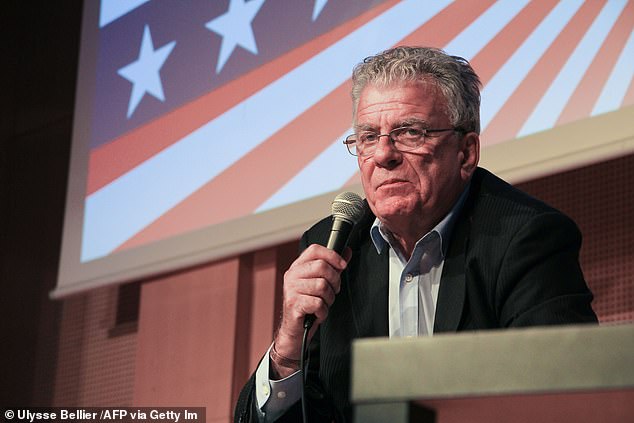 One of France’s most prominent political commentators Olivier Duhamel, 70, is facing a criminal investigation after being accused of the sexual abuse of his stepson, in the latest taboo-breaking scandal to rock the French intellectual elite.

Paris prosecutors said Tuesday they were opening an investigation into Duhamel over suspected ‘rapes and sexual abuses by a person exercising authority’ over a child following public accusations made against Duhamel.

Camille Kouchner, now 45 and a law lecturer, and her twin brother are the children of France’s former foreign minister and co-founder of the Medecins Sans Frontieres (MSF) medical charity Bernard Kouchner and academic Evelyne Pisier, who died in 2017.

Mr Kouchner and Pisier separated and she went on to marry Duhamel.

Camille Kouchner said she chose to write the book because she could ‘no longer be silent’. 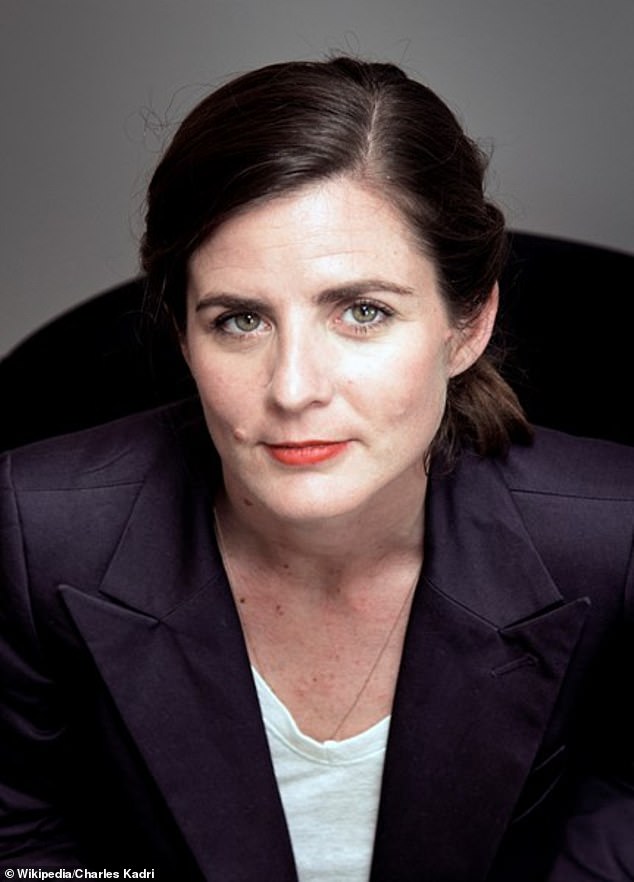 Duhamel is accused in a new book, written by his stepdaughter Camille Kouchner (pictured), of abusing her twin brother for two years from the age of 14

‘This book was born out of a necessity: to bear witness to incest, to show that it went on for years and that it is very, very difficult to break the silence,’ she told L’Obs.

‘I did not write it in the name of my brother, but for the sisters, the nieces, all those affected by incest. Omerta, in a family, weights on everyone.’

In the book, she names her brother only as ‘Victor’ in order to protect his privacy.

‘I was 14 years old and let it go ahead. I was 14, I knew and said nothing,’ Camille Kouchner writes. ‘Why does he have the right to live outside this reality when it haunts me.’

Camille Kouchner said her brother begged her to keep the alleged abuse secret, saying ‘If you speak, I will die. I’m too ashamed. Help me tell him no, please.”

She said the book revealed to what extent Duhamel’s and Pisier’s group of leftist intellectual friends, some of them household names in France, knew what was going on. 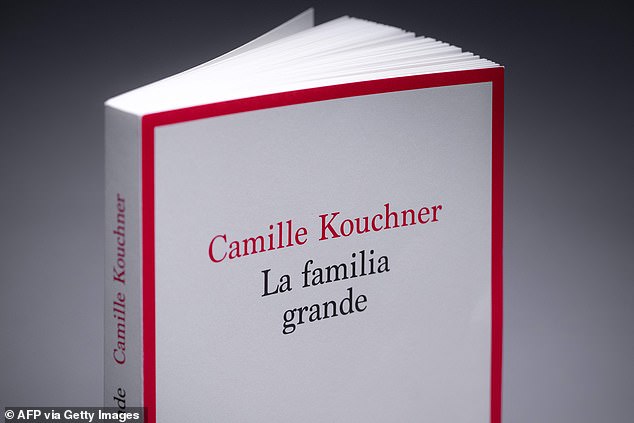 In the book, Camille Kouchner alleges a de-facto omerta had protected her stepfather from the truth being widely known.

‘Of course, I thought my book might seem obscene because of my family’s fame. Then I thought to myself, this is exactly what needs to be done,’ she said.

In the book, Camille Kouchner alleges a de-facto omerta had protected her stepfather from the truth being widely known.

‘Very quickly, the people in power, Saint-Germain-des-Pres (the traditional hub in Paris for leftist thinkers) were aware. Many knew and most acted as if nothing had happened.’

The book says that after his mother’s death, ‘Victor’ told his father Bernard Kouchner about what had happened. He pledged to confront Duhamel but was persuaded against doing so by Camille herself, on the grounds ‘Victor’ wanted the family to move on.

In a statement released by his lawyer, Bernard Kouchner said that a ‘heavy secret that has been weighing on us for too long has happily been lifted. I applaud the courage of my daughter Camille’.

Duhamel said on Twitter that he was resigning from all his posts following the allegations, including as head of the National Foundation of Political Sciences (FNSP), a body that oversees the hugely prestigious Sciences Po university in Paris.

‘I am stepping down from my posts after being the target of personal attacks as I want to preserve the institutions in which I work,’ said Duhamel.

He was also a political analyst on French television channel LCI and he presented a show on Europe 1 radio, making him well-known to the French public.

While many commentators have cast France as being slow to break longstanding taboos over the abuse of minors, this is not the first such controversy to make headlines over the last year.

Publisher Vanessa Springora, in a book published in January 2020, accused prize-winning writer Gabriel Matzneff of abusing her while she was a minor. Film star Adele Haenel in November 2019 accused director Christophe Ruggia of sexually harassing her when she was in her early teens.

Haenel and other French actresses also in February last year walked out of France’s Cesar awards after filmmaker Roman Polanski – wanted in the US for the statutory rape of a 13-year-old girl in 1977 – won best director.

Fire at oil well in Indonesia's Aceh kills at least 15