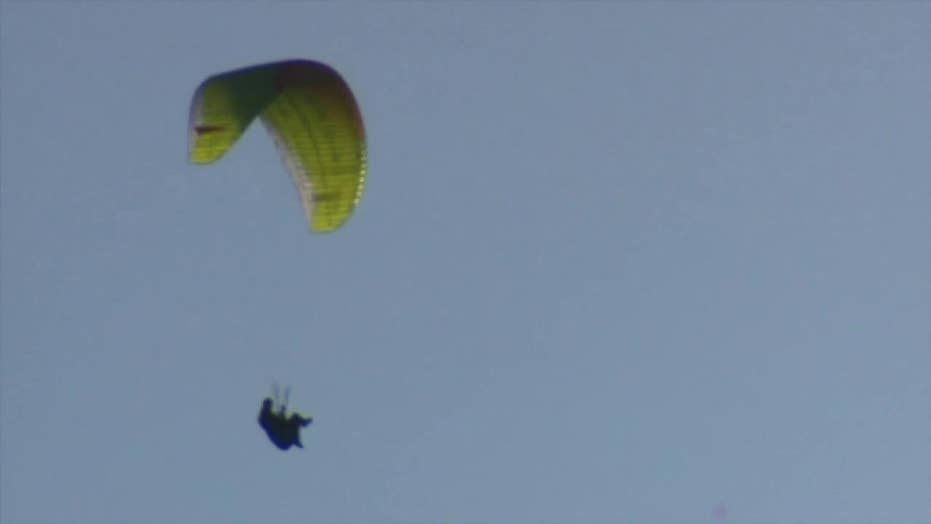 Paraglider injured after falling from the sky near Golden, Colorado

The 45-year-old pilot survived the crash, but was injured.

JEFFERSON COUNTY, Colo. – A paraglider fell from the sky near Golden Wednesday afternoon. The 45-year-old paragliding pilot survived the crash but was injured.

Kent Kovack, who witnessed the terrifying moments, talked with FOX31 Wednesday evening. Kovack, his wife and daughter were hiking the Hogback when they saw the man fall near Green Mountain off C-470 and West Alameda Parkway.

“My daughter heard him yelling, like, ‘Woo hoo,’” Kovack said.

Initially, Kovack said he thought the fall was an impressive midair maneuver. He started capturing video with his smartphone until the paraglider got closer to the ground.

“Once I realized that he was not yelling for joy — he was screaming for his life — I immediately quit videotaping and called 911,” Kovack said.

West Metro Fire Rescue put out an alert on Twitter around 4 p.m. The fire department said the man’s parachute collapsed amid "erratic winds," dropping him some 200 feet.

“Once you see the video, you realize he’s a very lucky man,” Kovack said. “God was on his side today.”