A first-time dater was left looking ‘like Bambi on ice’ when he started sliding down a muddy hillside on a romantic walk.

Luckily for hapless romantic Kieran Essen, from Edinburgh, his date had a good sense of humour – and could not resist filming the slippery slapstick on Saturday.

The 25-year-old initially mortified by the incident, but then decided to share the clip on his social media, where it quickly went viral.

In the clip, Kieran is seen curled in a ball on the muddy grass having already ‘face planted’ the ground.

As he stands up and wipes himself down, his date is heard chuckling as Kieran exclaims: ‘Oh my god!’

As he attempts to brush the mud off, he loses his balance and begins to wobble backwards.

With his arms flailing out wildly behind him, he begins to slide down the hill. 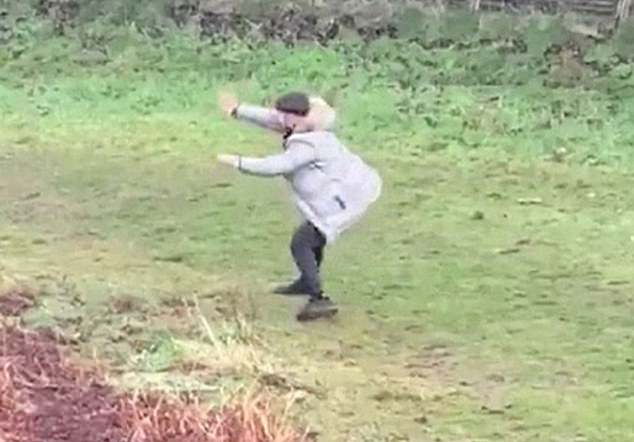 Kieran Essen, 25, from Edinburgh went sliding down a muddy hill during a stroll on a first date on Saturday

He eventually manages to change direction, but this only causes him to pick up speed.

His feet slide uncontrollably along the soggy grass as he lets out several scream, but still manages to stay upright.

All the while, Kieran’s date can be heard in hysterics as he charges towards a fence at the bottom of the field.

Kieran finally manages to slow down, jogging to a halt at the bottom of the hill and narrowly avoiding smashing into the fence.

With one final wobble, Kieran comes to a complete stop and looks back at the camera in disbelief.

Luckily, the fitness enthusiast saw the funny side and posted the video on Twitter with the caption: ‘First date going well.’

The blooper had social media users in stitches with one, Jordan Waters, commenting: ‘Can’t stop watching, thanks for making my day.’

Another viewer, Taylor Slarks, wrote: ‘This is the funniest thing I’ve seen in my life.’ 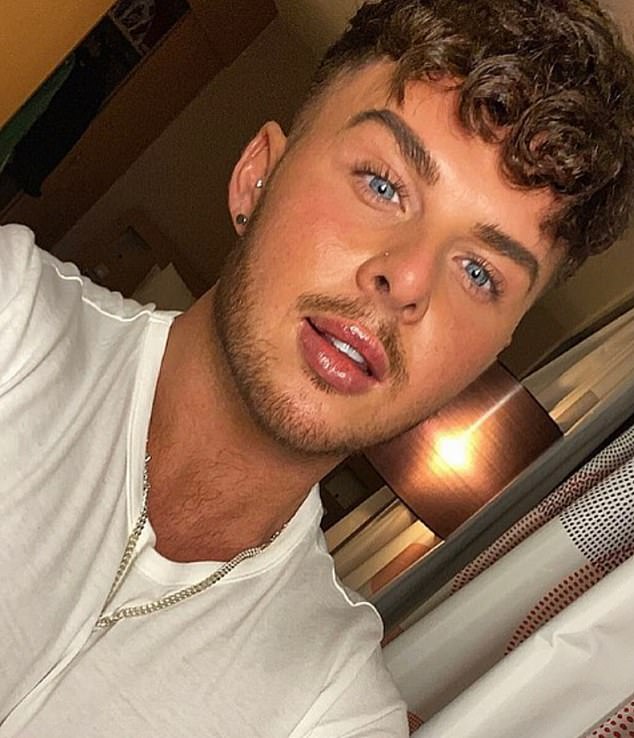 Kieran (pictured) saw the funny side and shared the blooper on social media with the caption: ‘First date going well’

Kieran later explained: ‘This video was taken after I already slid down the hill and face planted. It would only happen to me.

‘I slid for days. I could have actually just crawled under a rock. Just need to laugh.’

Speaking today, he added: ‘I was on a first date out on a walk, coming down the hill I slid really far.

‘He started to record and that’s when I slid again, but to stop further embarrassment I managed to keep my balance.

‘No injuries though. My date found it hilarious.’