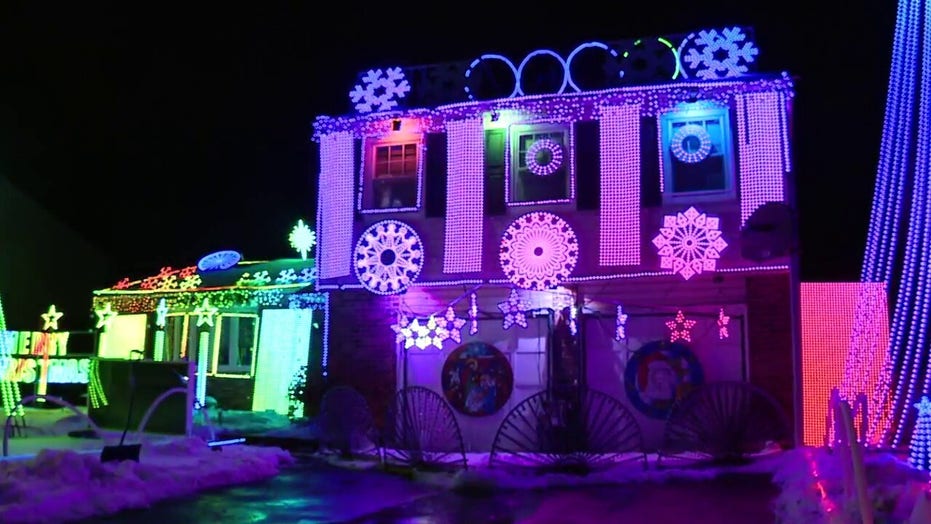 Mark Harnishfeger gets surprise from family after bringing cheer, joy to community

A Pennsylvania man who says he likes to bring people "cheer and joy during the holidays" with his home’s light display is seeing it in a new way this year.

Mark Harnishfeger of Langhorne has recently been given a pair of Enchroma glasses by his family to help correct his color blindness, Fox 29 reports.

"I do see a difference. They're brighter," he told the station after putting on the glasses. "The reds and greens definitely stand out a bit more. It's very nice. Very cool."

A WHITE CHRISTMAS IS POSSIBLE FOR THE EASTERN US

In an interview with Fox29, Harnishfeger described decorating his house as a "labor of love." He spends all year working on it – and when finished, the holiday light show syncs up to music played over a local radio frequency.

"I like to bring a lot of people cheer and joy during the holidays," Harnishfeger said.

His son, Justin, told Fox29 that Enchroma reached out to the family after reading an article in a local newspaper about Harnishfeger’s home and "decided to send us a pair of Enchroma glasses to try on and see this whole display in color."

But with the glasses, Harnishfeger hopes that setting up the display will be different next year.

"That's always one of the big challenges," he said. "I have to call one of them in the other room and say, 'Does this look right, is this the right color, is this red?' So that's what I deal with all the time. It's a headache. Hopefully, this will make things a little easier."