Holiday resort Parkdean has vowed to keep its mascots the same in a veiled swipe at its rival Haven – who sparked fury by changing its children’s characters to make them ‘more woke’.

Haven made the decision to revamp their characters last week in a move which sparked outrage from parents who were distraught that their children would never see their favourite characters in the original line-up again.

The famous Bradley Bear was replaced by Jaz, who was initially reported as non-binary by insiders, but later confirmed to be Bradley’s ‘niece’.

Meanwhile Anxious the Elephant was renamed Annie, and Greedy the Gorilla became George – reportedly in a bid to avoid offending nervous and overweight people.

Furious parents responded to the ‘ridiculous’ announcement, decrying it as ‘woke’, saying that their children ‘don’t need new names or new trendy versions’ of the characters.

Following the outcry, Parkdean Resorts announced that it would not be making any changes to its Starland Krew.

The Starland Krew features boy and girl rabbits, Sparky and Sparkle, as well as Sid the male seagull, Lizzie the female lizard and Naarky the male aardvark. 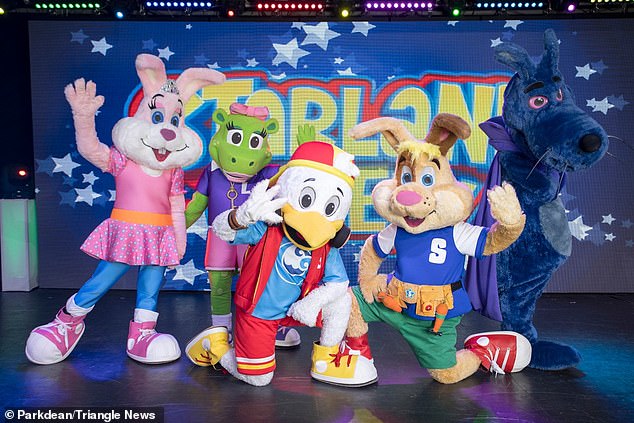 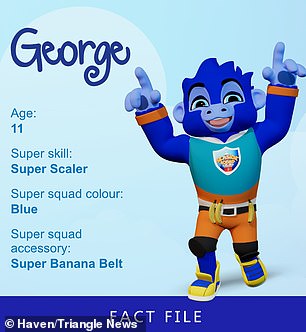 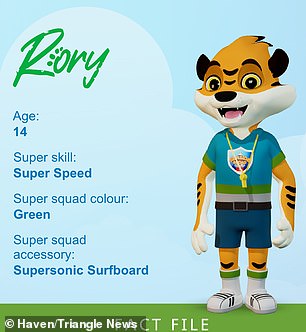 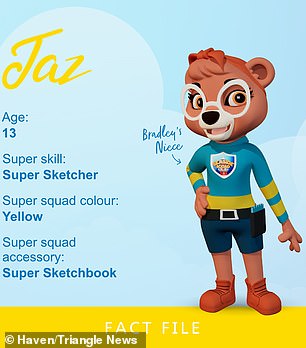 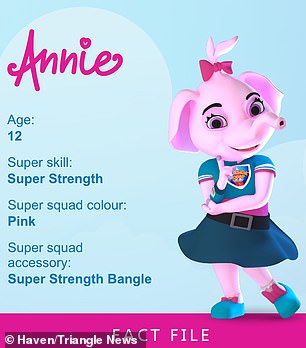 Haven Holidays received backlash from 14,000 angry customers who were furious at the ‘ridiculous’ move

A Haven spokesperson, responding to the outcries, had said: ‘We’ve seen our Seaside Squad are making headlines.

‘So we want to introduce you to them directly. Meet Rory, Annie, George and newest recruit Jaz, taking over from her uncle Bradley and joining the squad. Keep your eyes peeled over the next few weeks as we reveal more.’

But furious parents responded to the ‘ridiculous’ announcement. One said: ‘Please leave as is the woke community can do one’.

While another said: ‘After seeing this I have just unliked the page. Sorry Haven but this is ridiculous. We have had so many holidays and mini breaks with you over the years as a family, both touring and caravan.’

A grandfather added: ‘Just shown the grandkids and to say they are not impressed is the understatement of the year. Another mistake Haven. Are all these big corporations run by half wits?’

Meanwhile a fourth said: ‘Well having been an owner for 21 years we will continue calling them the fabulous names they’ve always had. My kids grew up with them and now the grandkids are. We don’t need new names or new trendy versions IMO’.

And another took a swipe at the new ‘reprobates’ in town. They said: ‘You were raking in money with the old ones! Why change them! Utterly upset for children who love the seaside squad, not these reprobate

But a Parkdean Resorts spokesperson revealed that there would be no changed on their part. They said: ‘Our Starland Krew are here to stay. Friends forever.’

Overjoyed parents were delighted that no changes were being made and enjoyed the dig at Haven.

Parkdean Resorts were appearing to be taking a dig at Haven, which customers got involved with

One man said: ‘Just dont change there names Parkdean Resorts like haven have’, to which the admin responded: ‘We would never’.

Another said: ‘Well Haven’s krew may be changing, but the Starland Krew are going nowhere and are here to stay thankfully and hopefully.’

One woman sensed that this could have been targeted at Parkdean’s rivals. She said: ‘Is this a dig at Haven?’

Another mum added: ‘Phew. What a relief. My son would not have coped if you had done a Haven on him and changed the characters. Sid is his favourite.’

Lebanon 'to declare state of medical emergency' over coronavirus

Iran cleric claims those vaccinated against Covid have ‘become homosexuals’