Home » World News » Home with NO front windows selling for £100k… 'Is it for VAMPIRES?'

Dracula’s den! Two-bed home with NO windows at the front hits market for £100,000… but lack of light leaves house-hunters asking ‘is it for VAMPIRES?’

A two-bed home on the market for £100,000 with no windows at the front has been mocked by house-hunters for looking like it could be from a horror film as they asked if the lack of light made it perfect ‘for vampires’.

The agents selling the semi-detached house in Dundee, Scotland have received offers in excess £100,000 and recommended an early viewing in case it is snapped off the market (perhaps by a suspiciously pale man with pointy teeth looking to downsize).

The north-facing front exterior wall of the property looks to be plain grey pebble-dash with only a front door and dirty, white cladding connecting the roof.

Despite the house’s sad appearance, the dreary looking property is ironically on a street called Happyhillock Road.

Outside the front door, the property leads onto a public footpath adjacent some overgrown greenery. 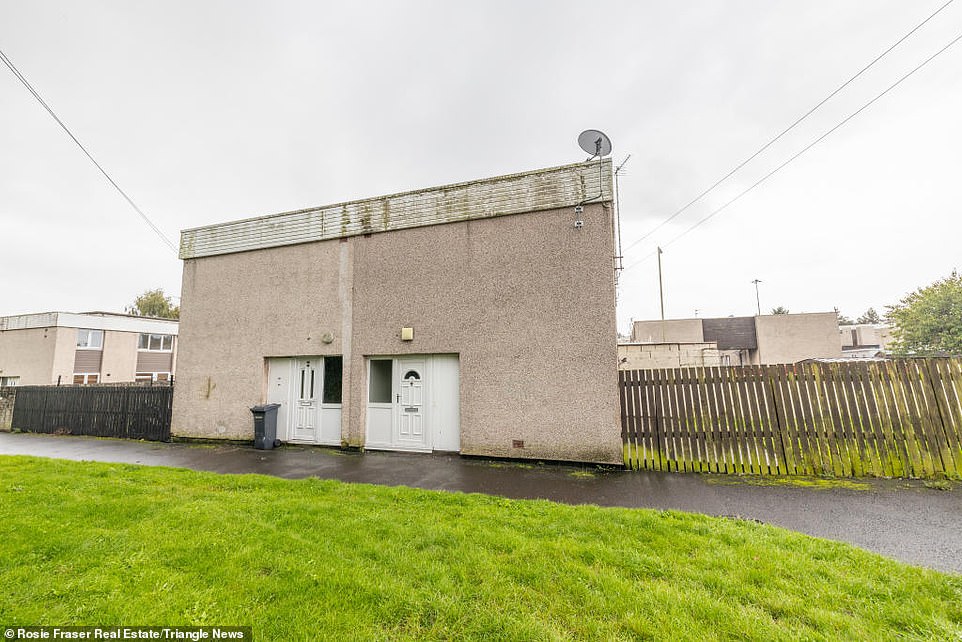 ‘Is it for vampires?’: Despite the dreary appearance of this two-bedroom semi-detached, it is ironically on a street called Happyhillock Road in Dundee, Scotland 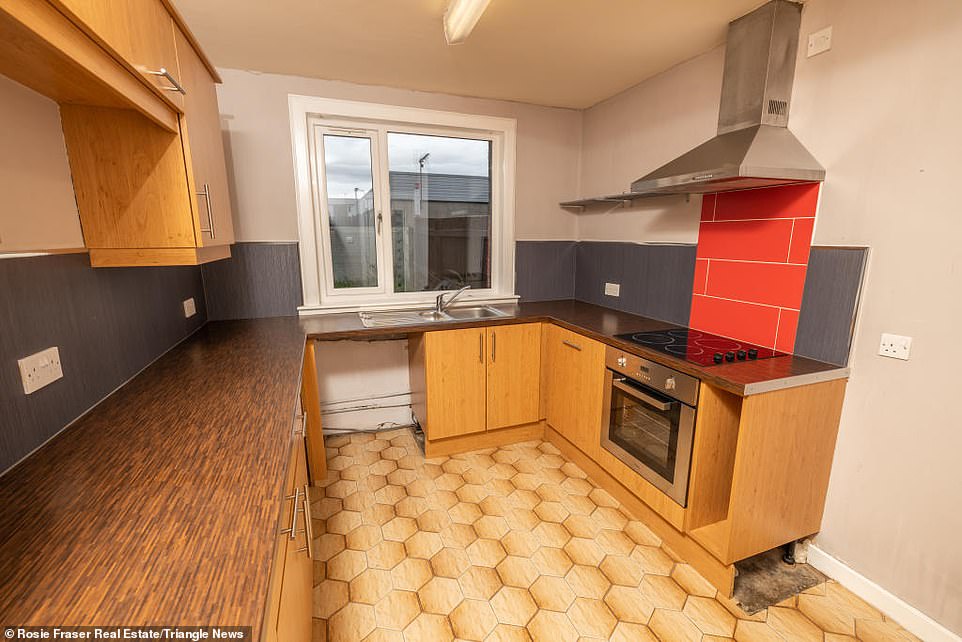 The property is being advertised by agents Rosie Fraser Real Estate, who have said there are offers in excess of £100,000 and have advised house-hunters to book an early viewing

But the most striking feature (or lack thereof) of the property is the absence of of windows on the front wall, which is just a grey-beige slab with a cut-out for a white PVC door.

This is despite ‘double glazing’ being listed among the key features.

They are all at the back and side with patio doors from the lounge and one window each in the two bedrooms and kitchen.

A third added: ‘Is it really on “Happy Hillock Hill…”

A fourth added: ‘Is it for vampires?’

However, inside the house looks reasonably well presented, if not with a fairly dated design.

The kitchen is fitted with a modern looking electric or induction oven.

The property has fitted wardrobes in one bedroom and a plain white bathroom suite. 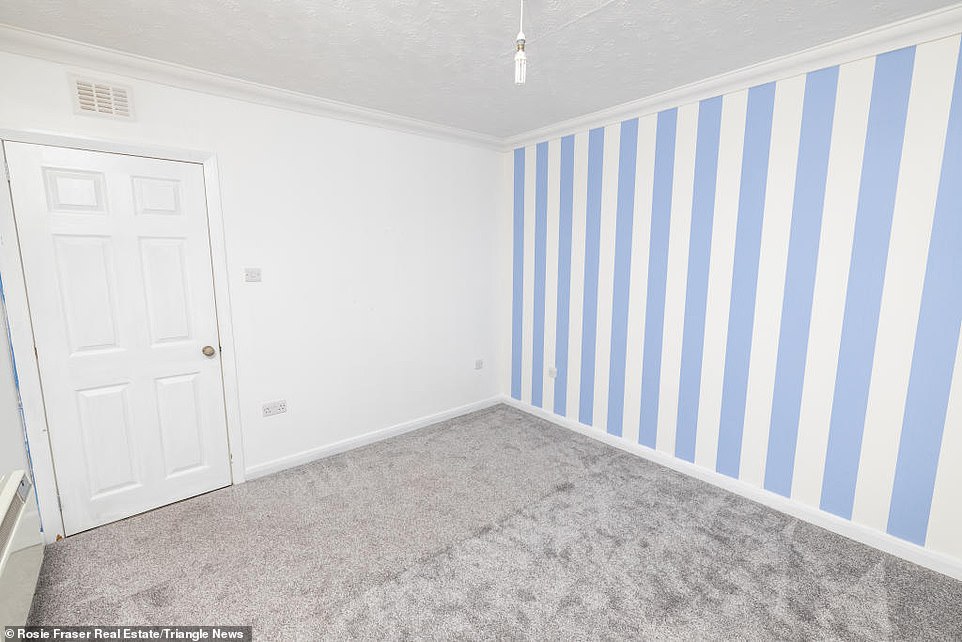 It is on the market with Rosie Fraser Real Estate and advertised through Rightmove.

‘This property has a spacious kitchen and a large living room with patio doors to the garden.

‘Upstairs there are two double bedrooms, a modern bathroom and a large storage cupboard.

‘The property has double glazing and electric heaters.

‘External to the property there is a private garden and on street parking. It is also a short walk from local amenities.

Coin enthusiast who killed fellow collector is jailed for 30 years