Commuters in Hong Kong had their journey to work severely disrupted after two trains collided while a new signalling system was being tested.

The crash happened near Central station before the network was due to open on Monday morning, causing chaos for the six million people who use the system every day.

Pictures showed one of the trains tilting to one side, and a door hanging off.

There were no passengers in the carriages, but both drivers were taken to hospital. One had injured his leg, while the other was suffering from smoke inhalation, local media said. 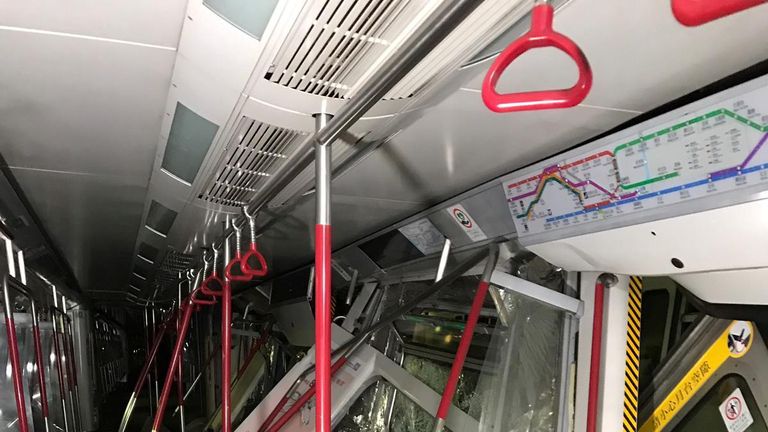 Services were brought to a halt between Central and Admiralty stations, operator MTR Corp said, and are not expected to be back to normal until Tuesday.

“The repair will take quite a long time and the service between Central and Admiralty will not be available for the whole day,” said MTR Corp’s operations director, Lau Tin-shing.

An investigation has begun, and travellers are being advised to use other forms of transport.