HONG KONG (Reuters) – Police in Hong Kong this week re-entered the campus of a university it besieged for more than 10 days last month, gathering newly discovered chemicals and petrol bombs hoarded by anti-government protesters in the Chinese-ruled city. 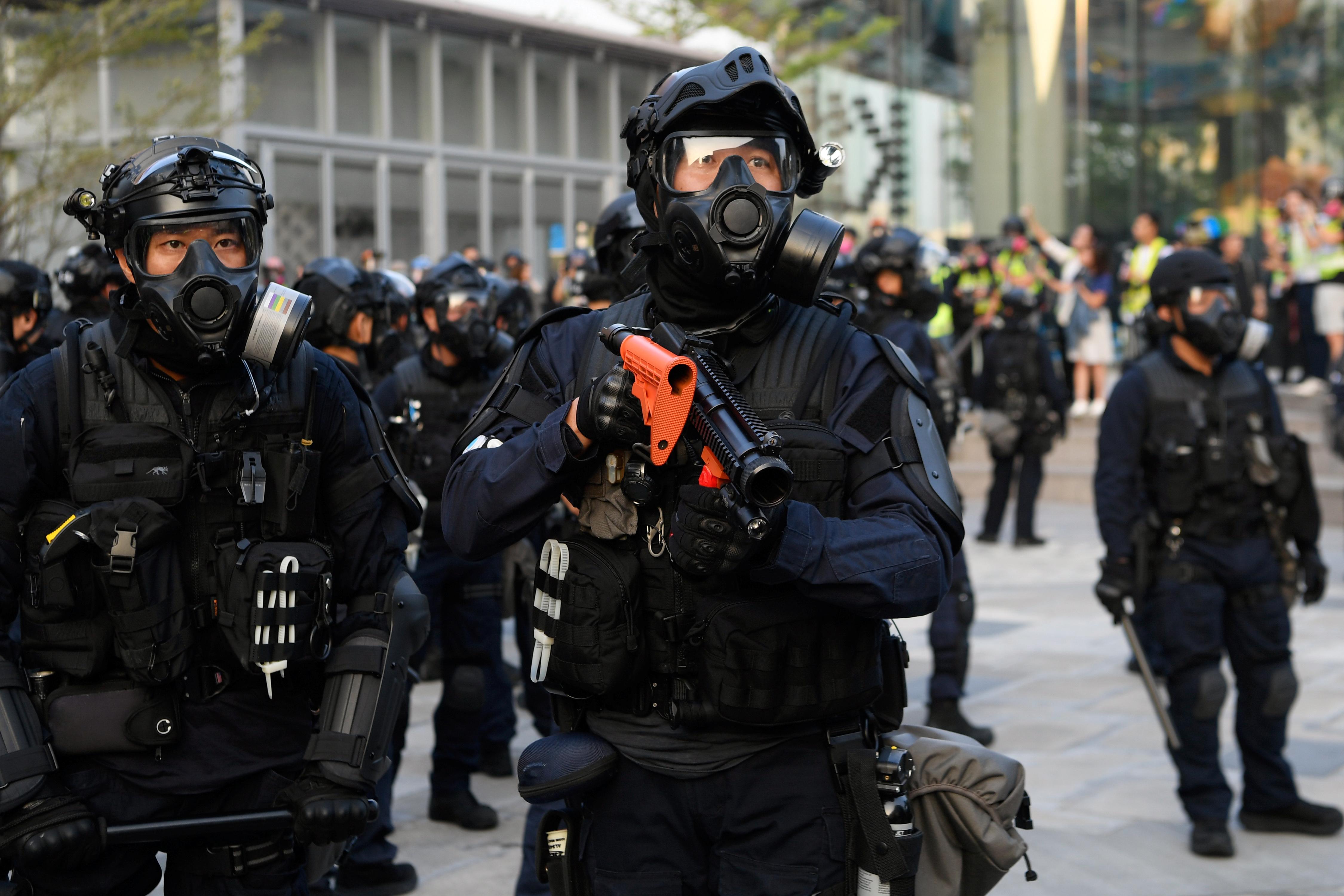 Following the dramatic saga – where riot police and more than 1,000 demonstrators transformed Hong Kong’s Polytechnic University campus into a battleground – officers were called to retrieve additional dangerous items found among the debris and stowed in locked areas.

Between Nov. 26 and Dec. 2 authorities seized 4,296 petrol bombs, 671 bottles of chemicals and 622 weapons, police said in a statement late on Tuesday.

Officers first entered the Polytechnic campus on Nov. 29, when they collected thousands of petrol bombs, which they dusted for fingerprints, as well as bows and arrows and bottles of chemicals.

The campus conflict began in mid-November when protesters barricaded themselves against riot police in days of violent clashes that marked a significant escalation in the political unrest that has roiled the former British colony for six months.

About 1,100 people were arrested in connection with the campus siege.

Sparked by a controversial and since-withdrawn extradition bill, the protests have swelled into broader calls for greater democratic freedoms.

Those who have joined the pro-democracy demonstrations accuse China of increasingly interfering in freedoms promised to the former British colony when it was returned to Chinese rule in 1997.

Pro-democracy parties won a resounding victory in local district council elections late last month. Hong Kong leader Carrie Lam has appealed for peace in the city but has not offered any concessions.

Sustained demonstrations, scheduled to continue this week and expected to draw thousands to the streets this weekend, show few signs of abating and are taking an economic toll on the global financial hub.

Business activity in Hong Kong contracted at the fastest pace in 21 years in November, dragged down by the protests and softening global demand, an IHS Markit survey showed on Wednesday.

Asia’s largest distributor of luxury brands, the Blubell group, has appealed to Hong Kong landlords to scrap the base rent in shopping malls, saying a slump in tourist spending will push even more retailers out of business.

Sales in some of its stores, two of which are on the verge of closing, have dropped as much as 60 percent during the six months of protests, Bluebell chief executive Ashley Micklewright told the South China Morning Post.

The new figures will extend the technical recession recorded last quarter, with the government preparing to release a fourth round of economic stimulus.

Inside Liverpool’s gangland wars – ‘passed down’ guns and ‘Nogzy soldiers’