A reward of one million Hong Kong dollars has been offered for help identifying a protester who removed a Chinese flag and threw it into the sea.

Pictures have been released showing a man, dressed all in black with a baseball cap and scarf covering his face, climbing the base of a flagpole and pulling down the standard at the Star Ferry terminal in Kowloon, during pro-democracy protests on Saturday.

As further rallies got under way on Sunday, former Hong Kong chief executive CY Leung offered 1 million Hong Kong dollars (£105,000) for information about the “insane person” responsible for the act, which he said will provoke “enormous resentment from the entire nation”.

Police said they arrested more than 20 people during the protests on Saturday, in which a major tunnel was blocked and a police station attacked.

They were held for unlawful assembly, assault and other offences after the pre-planned march descended into violent confrontations between protesters and police.

Tens of thousands of people walked past the end point agreed with police and into Mong Kok, a busy shopping area popular with tourists in northern Kowloon.

Police said some violent protesters threw petrol bombs, bricks, glass bottles and other objects at officers and refused to disperse at the agreed location. 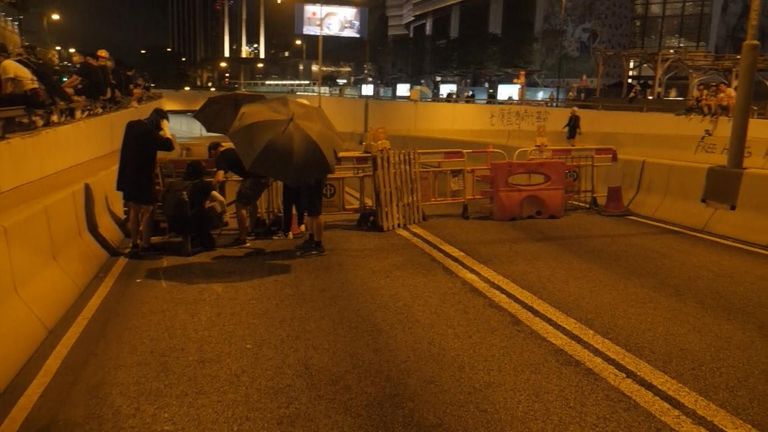 The demonstrators lit fires at various locations, at one point pushing a burning rubbish bin towards officers, police said in a statement. 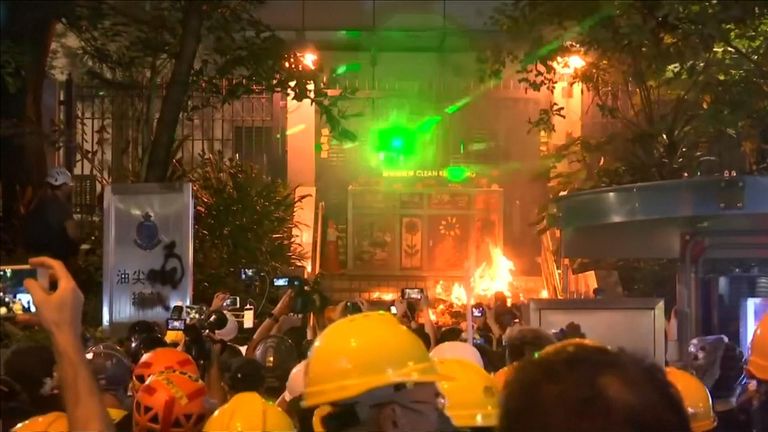 On Sunday, two more rallies began, the first starting in the Tseung Kwan O district, where thousands of people gathered. 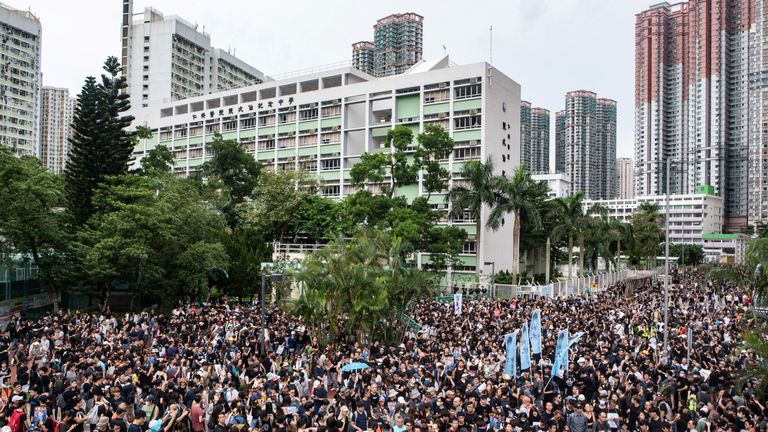 The demonstrations, which have been going on for several weeks, started over now suspended plans for a controversial extradition bill to allow people to be sent from Hong Kong to mainland China for trial.

Many worried it could be used to silence those against Beijing’s rule.

The demonstrations have since expanded to protest about alleged police brutality and to encompass a general call for greater democratic rights.

They are also being seen as a test of Hong Kong leader Carrie Lam’s commitment to the freedoms enshrined in the “one country, two systems” arrangement agreed with Britain when the territory was handed back to China in 1997.