HOPES have been boosted that loved ones can finally see their family in case homes "by Christmas" – as a trial began today.

Matt Hancock said this morning that he hoped to have testing for care home visitors in place for all care homes in England in the next few weeks. 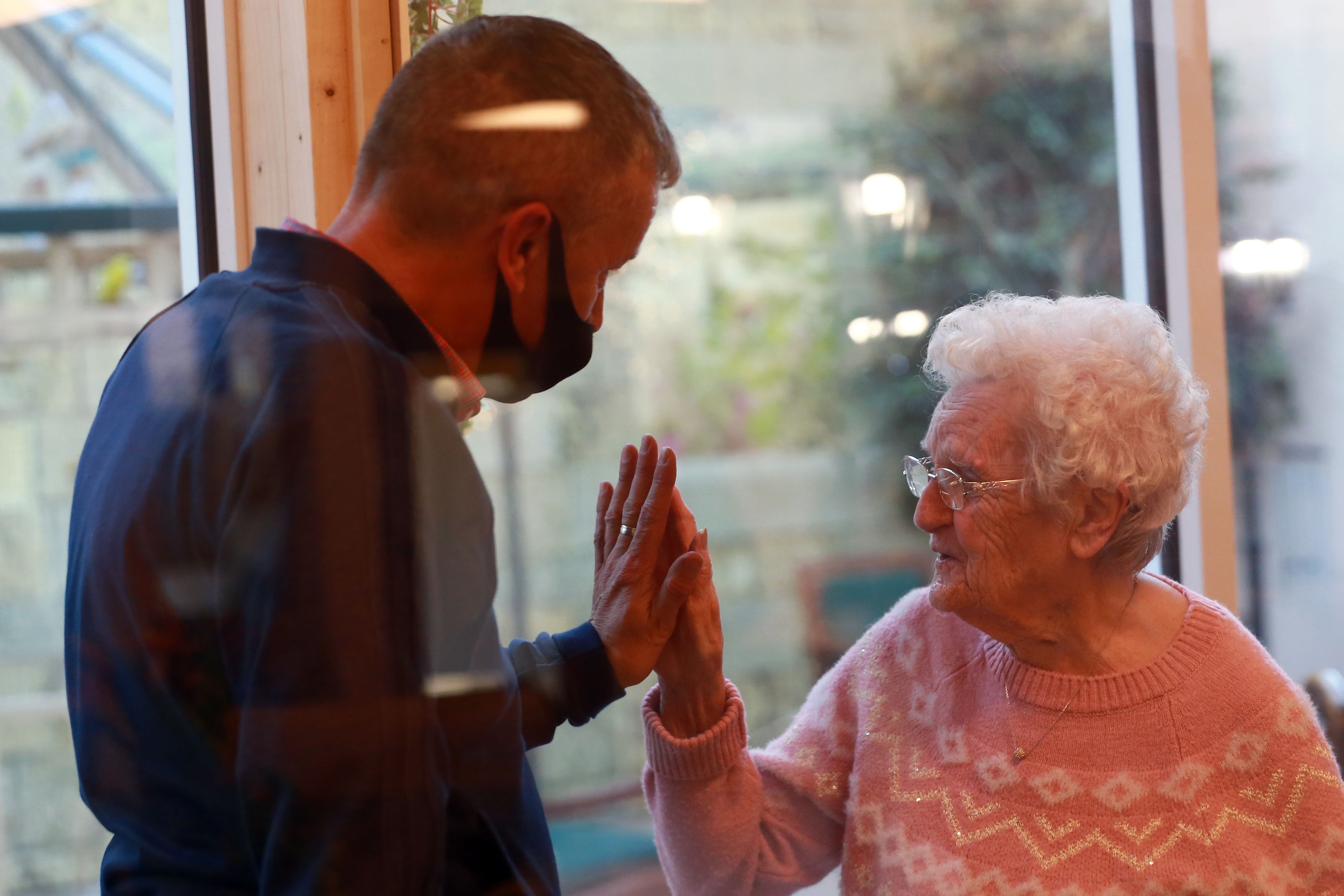 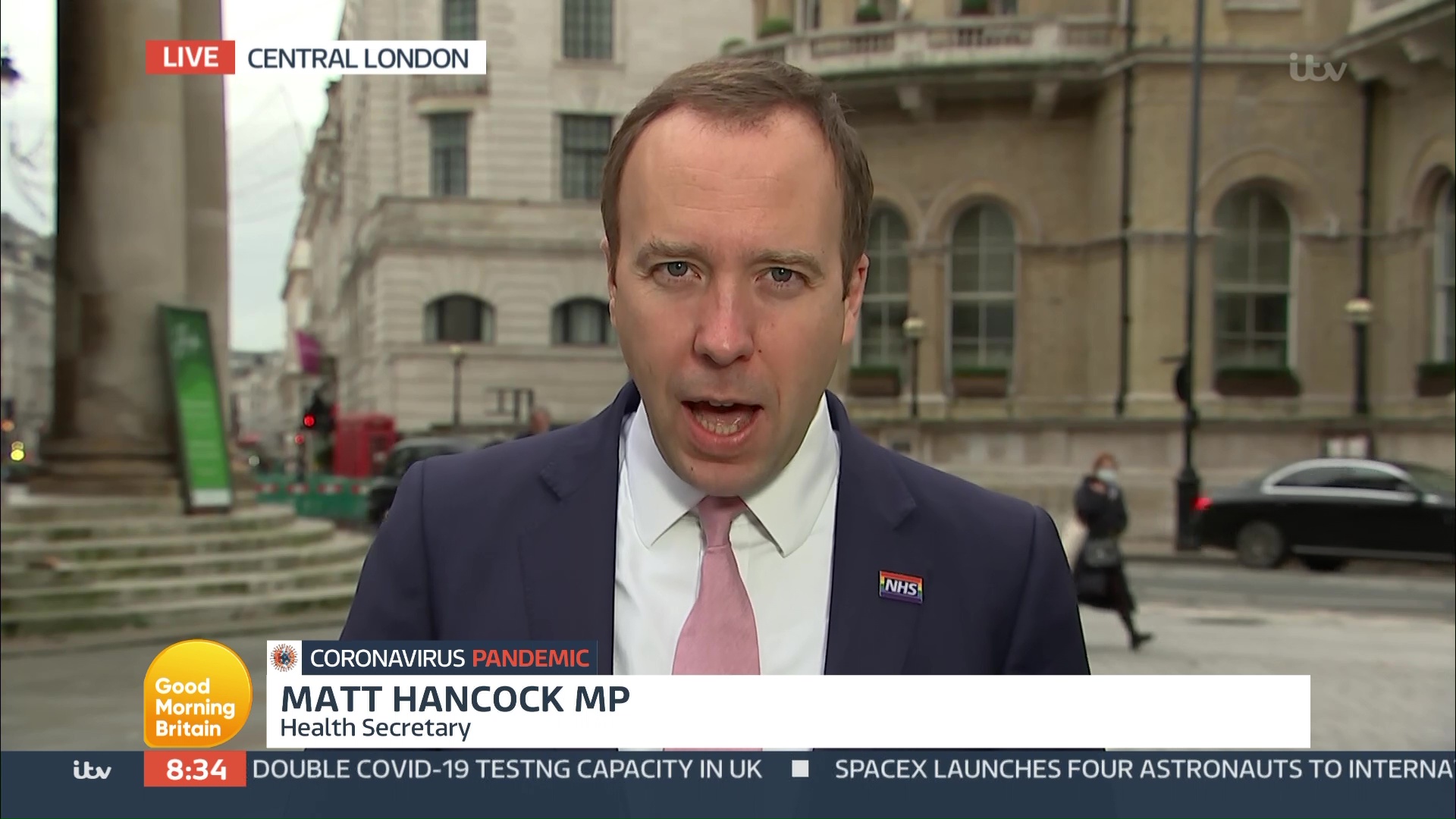 A pilot has launched today in 20 homes for people to restart visits – with strict PPE in place and testing of staff and visitors.

But millions of people up and down the country have gone months without seeing loved ones, causing immense pain and heart-ache.

The rules have left them unable to hug or hold hands with loved ones.

The most vulnerable have been told they can only wave at husbands, wives or children through windows.

And there are those who haven't been able to see loved ones at all.

During England's second national lockdown, the Government said care home visits could only take place outside, through windows or in PPE-covered pods.

But visitors will be tested weekly at 20 locations across Hampshire, Cornwall and Devon – and it's hoped the system could be rolled out nationwide.

Around 411,000 people live in homes in the UK, and campaigners warn of deaths through 'loneliness and lack of love'.

And thousands of tests could be earmarked just for people in care homes too.

It was revealed today that the UK's capacity will rise to more than 1 million a day by the beginning of next year, thanks to new superlabs.

The news came as:

Michael Blackstead saidtoday thatcoronavirus guidelines at his wife Trisha's care home was making her situation a "nightmare" and he feared she may not live another month before he will be able to see her again.

He said: "She's basically got this form of dementia which means she doesn't like sitting down. That makes it a nightmare being in a single room – it is like being stuck in a hotel room for three weeks without being able to go out. It just awful."

Mr Hancock said the interview was "heart-breaking" and he knows "from personal experience" the situation was incredibly difficult.

Lack of testing for people going into care homes led to numerous outbreaks in case homes across the country in the first wave of the pandemic.

And ministers must be careful so it won't "run rife" again", he warned.

"We both need to protect people from the virus but also do that in as a humane a way as possible, and we know the impact on people's health, let alone everything else, on not being able to see visitors."

He said hoped to have testing for care home visits in place for all homes "by Christmas".

"This roll-out will be a challenge but we've got to make sure the right rules and protocols are in place so that the testing keeps people safe," he said.

Earlier this month, an ex-Coronation Street actress filmed the moment her mum was arrested after wheeling her 97-year-old gran from a care home before England's second national lockdown took hold.

Meanwhile, a care home called the police after a 75-year-old woman went to get her husband following eight months apart.

Patricia Hodges had been denied visits to her 83-year-old husband Graham at Wayside House in Bromsgrove, Worcestershire, since the beginning of the pandemic in March.

When she went to the home on October 28 to remove her husband from its care, chiefs called police.

Mr Hancock's pledge comes as the PM is isolating again after coming into contact with an MP who tested positive for coronavirus.

Boris Johnson will continue to work in his flat and has no symptoms – but said he must follow the rules like everyone else.

He will have to stay inside for 14 days from last Thursday – which is when he saw Lee Anderson for a meeting in Downing Street.

Yet this morning Mr Hancock insisted No10 was a Covid-secure workplace, despite Mr Johnson being "pinged" by the NHS app.