Horrifying moment man attacks woman, 46, on her way to work in Brooklyn, slams her to the ground, tries to pull off her pants and beats her into coma

A woman was walking to work in Brooklyn early Tuesday morning when she was ambushed by a stranger who proceeded to beat her senseless, inflicting injuries that required her to be placed in a medically-induced coma.

The New York Police Department has released surveillance video showing a portion of the savage attack that took place at around 6m on Division Avenue in the Williamsburg section of Brooklyn.

The recording shows a bearded man in a neon-yellow hooded sweatshirt walking in the area. 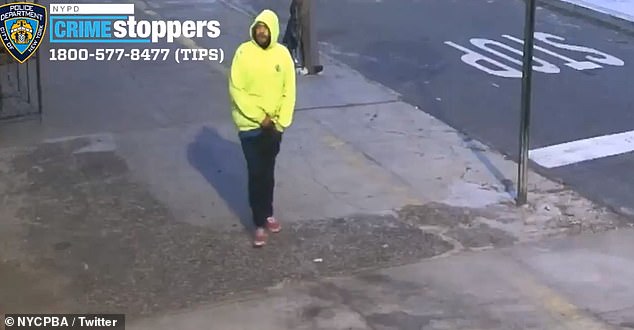 Police in New York City are looking for this man who is suspected of brutally attacking a woman in Williamsburg, Brooklyn, early Tuesday 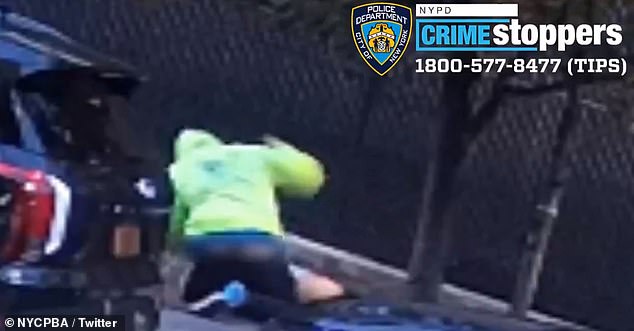 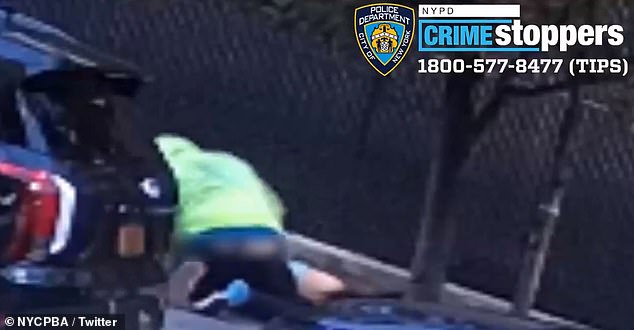 He is then seen from the back kneeling beside a woman laying on the ground and repeatedly punching her.

According to police, the 46-year-old victim was walking on Division Avenue near Rodney Street when the perpetrator accosted her from behind, picked her off the ground and slammed her to the sidewalk.

He then pummeled the woman with his fists, striking her face and body, and attempted to remove her pants as she lay dazed on the ground.

Having failed to undress the victim, the assailant fled on foot towards Keap Street.

Meanwhile, the victim was rushed to Brooklyn Hospital to be treated for severe head trauma and other injuries. She is currently in a medically-induced coma.

The suspect was described as a man with a full beard and light complexion. He was last seen wearing the bright-yellow hoodie, black pants and red sneakers.