Home » World News » Hottest day of the year: How hot will today get? Temperatures to soar near 30C

Hottest day of the year predictions have emerged this week, as weather forecasters expect the mercury to climb to unprecedented levels in 2020. With summer barely around the corner, meteorologists have predicted temperatures in the UK could approach 30C.

How hot will it get today?

Meteorologists have noted an area of low pressure arriving over the UK in the past week, which has prompted a steady rise in temperatures.

The latest weather maps show the area sweeping over England from Eastern Europe, settling over the south.

The Met Office predicts an associated spike in temperature will see the southeast experience highs of 28C. 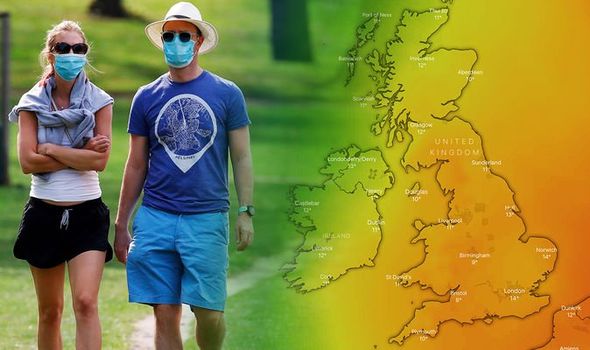 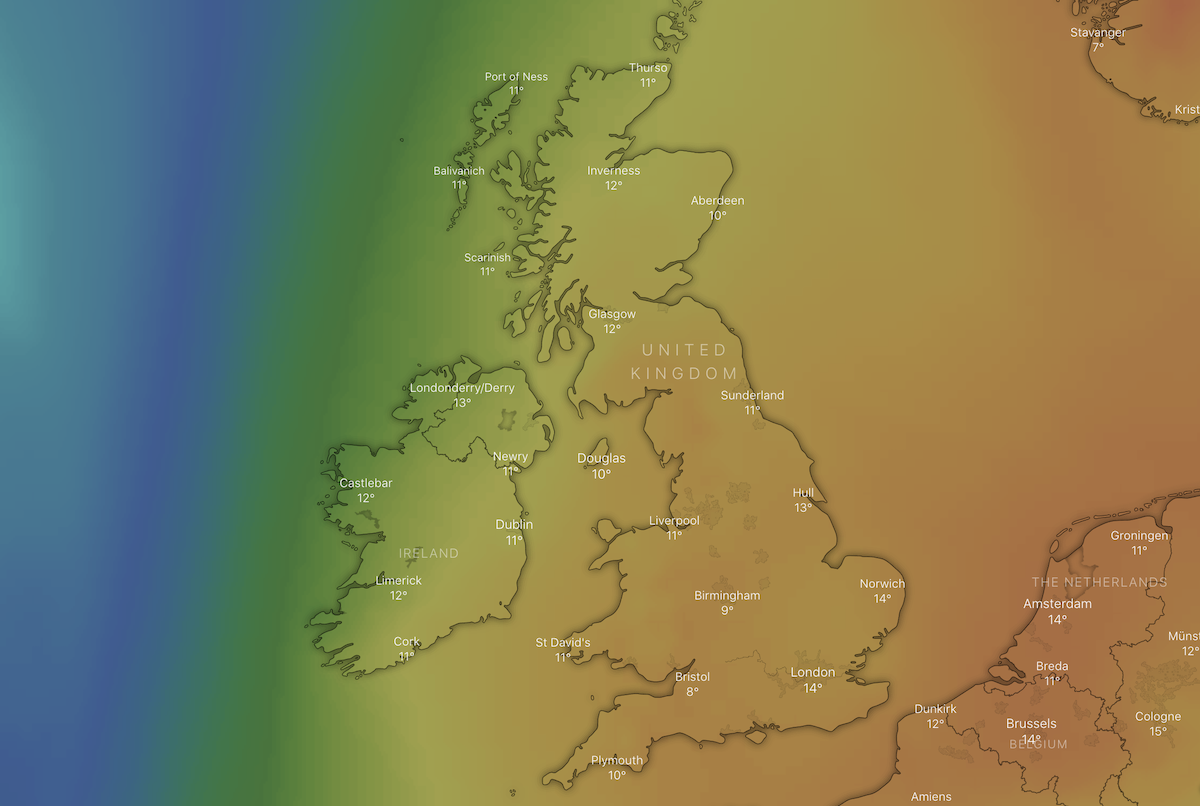 Parts of the country will be hotter than Barcelona, which is on track to see highs of 26C today.

Most areas will see the mercury pass at least 20C, passing the 2020 record set earlier this month.

Met Office meteorologist Aidan McGivern revealed the heat would start early and last into the evening.

He said: “A warm start to the day on Wednesday.” 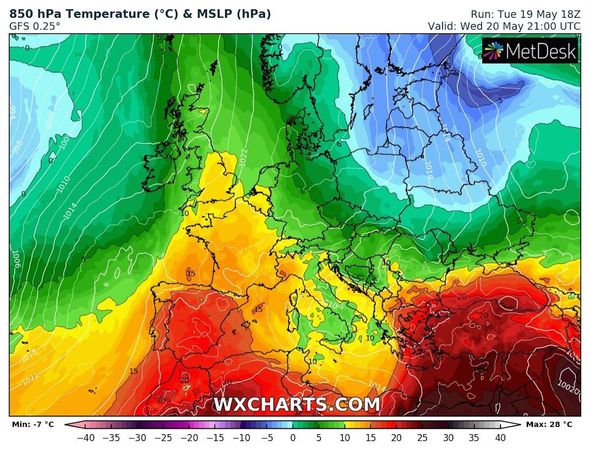 “A wet start for the far north of Scotland initially, but by lunchtime, that rain will be out of the way.

“For most it’s dry and it’s increasingly sunny during Wednesday afternoon, with temperatures reaching mid-20s widely, and up to 28C in the southeast.

“It stays warm and bright into the evening, but you can see some thicker cloud approaching Northern Ireland and outbreaks of rain.”

The latest temperatures exceed the previous hottest day of the year earlier this month, when meteorologists recorded highs of 26C in Treknow, Cornwall. 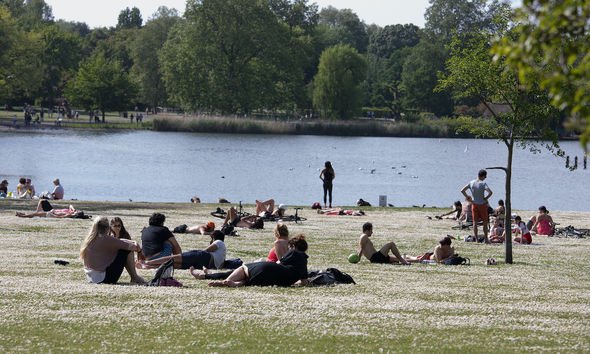 The potential excessive heat has sparked fears parks and open spaces may have trouble enforcing social distancing due to capacity.

As part of the new measures, people can now sunbathe outdoors and meet with one person from another household.

Local councils have issued warnings to the public, reminding people most facilities such as toilets and pools remain shut.

Tourist hotspots have also asked people to steer clear, but Brits may only have one day to enjoy the sky-high temperatures.

Sadly for those attempting to enjoy the great outdoors this week, the warm weather will quickly burn out.

He said: “It is across east and south-east England where these are most likely, with frequent lightning, hail and torrential downpours of up to 40mm in a few hours all possible.”

Builders of Stonehenge could have fuelled with 'Neolithic mince pies'