On July 4, a gunman shot and killed six people and wounded 24 more during an independence day parade in the affluent Chicago suburb of Highland Park, Illinois.

The suspect in the shooting has been named as local man Robert ‘Bobby’ Crimo III, 22.

Crimo was arrested more than eight hours after the shooting following a multi-agency manhunt. He was taken into custody not far from where the shooting took place.

Dramatic photographs from the scene show the suspected mass-murderer – who posted creepy clips about shooting massacres online – being pinned to the ground face-down by police.

A total of 26 victims aged between eight and 85 were injured, with six still receiving hospital treatment. The area has a large Jewish community, although police have yet to share a possible motive for Monday’s slaughter.

DailyMail.com has pieced together the key moments from Monday’s shootings, based on information so-far shared by investigators 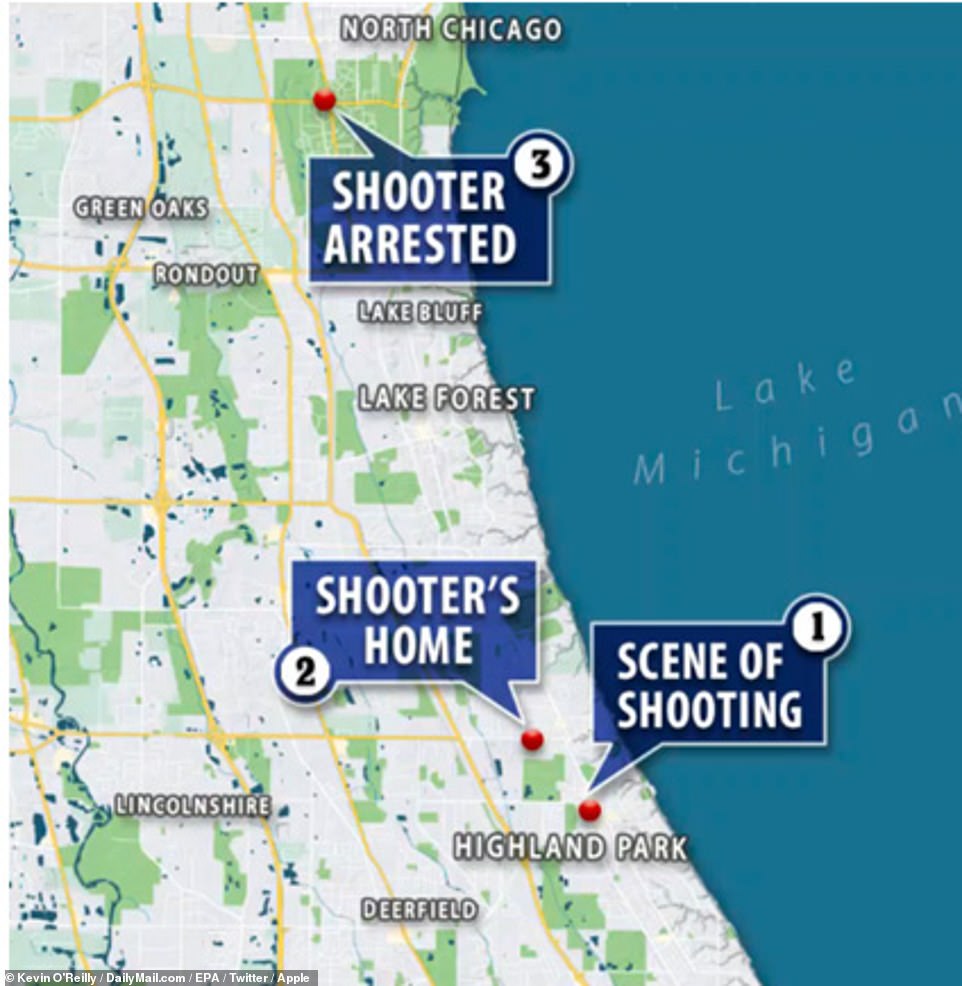 1. Shooting erupts from rooftop of outdoor supplies store around 10am local time 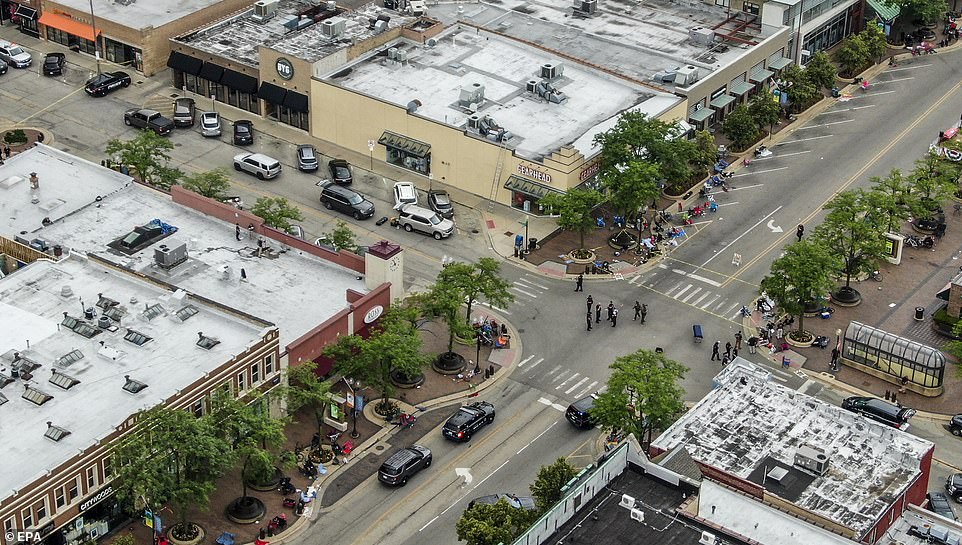 The location where the shooter was holed up is thought to be on top of Gearheads, an outdoor equipment store. A ladder can be seen propped against its wall in this image taken after the shooting 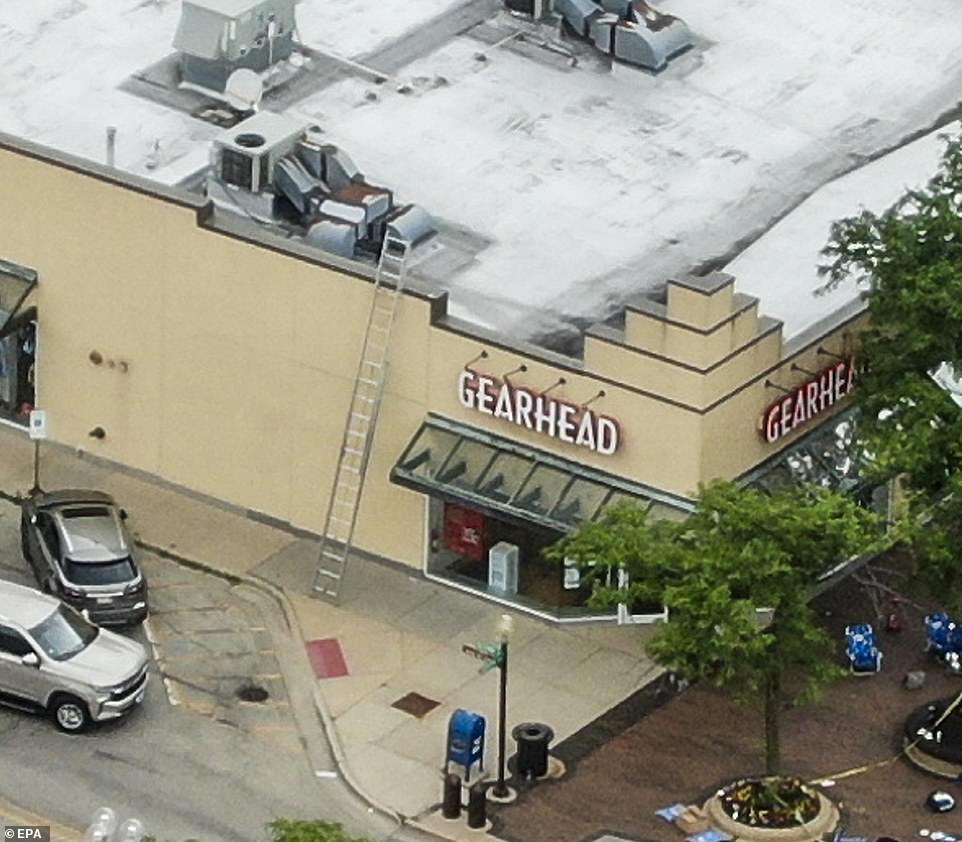 A close-up shows the ladder propped against the wall of the single-story Gearheads store. It has been suggested that this is where shooter Bobby Crimo opened fire from, although investigators have yet to confirm that this was the ladder he used

According to authorities, the violence began approximately 10:15 am local time, around 15 minutes after the parade began.

Reports say that the gunman climbed an unsecured ladder that was attached to Gearhead Outfitters, an outdoor equipment store formerly known as Uncle Dan’s.

At that point, Crimo opened fire on the crowd, killing six and injuring dozens more in including the elderly and children. It has not been confirmed for how long the shooting went on for.

Witnesses have now told how they saw children being picked off in the crowd.

The type of gun used by Crimo in the attack has not been confirmed. Investigators have so far only referred to it as a high-powered rifle.

A witness named Zoe described the scene saying: ‘All of a sudden everyone behind us started running. I looked back, probably 20 feet away from me, I saw a girl shot and killed. I saw her die. I’ve never seen anything like this,’ according to CNN.

Police say they recovered a ‘rifle’ at the scene but witnesses described multiple rounds being fired in quick succession which they say could only have come from a semi-automatic.

Law enforcement who were at the parade responded to the shooting but Crimo quickly fled the scene in a 2010 Honda Fit prompting a multi-agency manhunt. 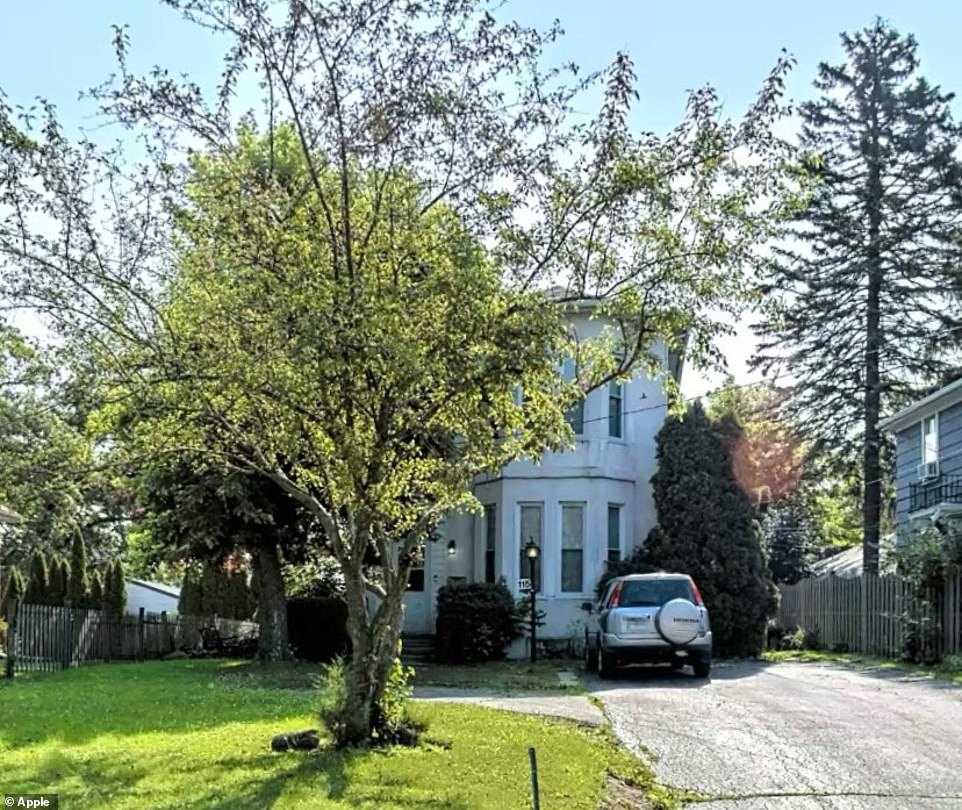 The suspect lives in a small apartment behind his family’s home in Highwood, Illinois

Crimo lives in a small apartment behind his family home along Pleasant Avenue in Highwood, just north of Highland Park. His uncle, Paul Crimo, told CNN that he saw his nephew at home the night before the shooting.

It sits just 1.5 miles away from Gearhads, and is around six minutes drive away from the location of the shooting when traffic is light.

The home is valued at over $400,000. Paul Crimo says that he lives in the home too. When he last saw the suspect, Paul Crimo says: ‘Everything was as normal’

He said that the home is owned by the suspect’s father, Bob Crimo. The FBI made contact with the family around 2:30 pm. Crimo’s father gave investigators permission to search the home.

Paul Crimo went on to tell CNN: ‘He’s a quiet kid. He’s usually on his own. He’s a lonely, quiet person. He keeps everything to himself.’

It’s not clear at what time he left the home to begin his rampage.

3. A subsequent manhunt for Crimo ends with his dramatic roadside arrest just before 7:00 pm 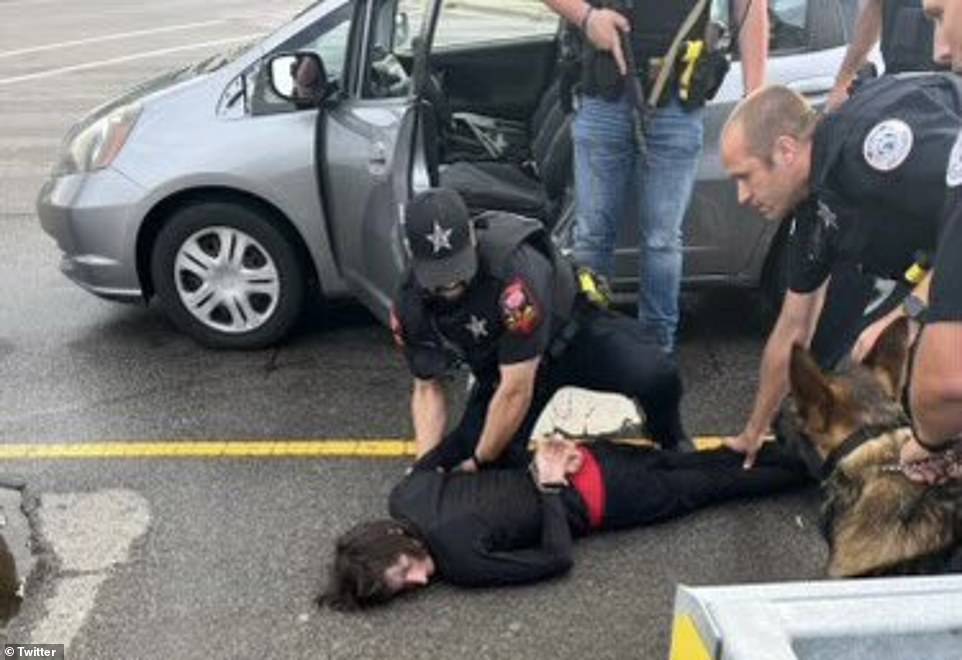 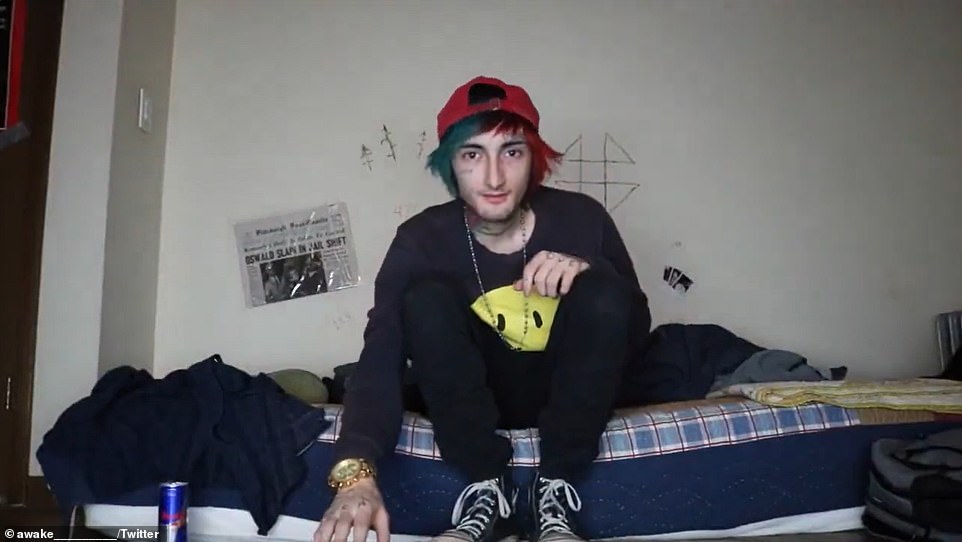 Robert Crimo, shown here, was also a rapper who went by the moniker: ‘Awake the Rapper’

The shooter’s uncle Paul Crimo said he was first contacted by the FBI at 2:30 pm local time, reports CNN.

In an evening news conference around 5pm, law enforcement named Crimo as a suspect in the shooting.

Crimo was described as being between 18 and 20 with long black hair, white, ‘slight build’ and wearing a t-shirt. His  car was described and cops gave out his license plate number.

Around 7:00 pm local time, authorities said in a brief news conference that Crimo was in custody, having been arrested around 30 minutes earlier.

According to Chief Lou Jogmen of the Highland Park Police, Crimo was first spotted by members of a North Chicago police unit. Jogmen said that Crimo fled when officers attempted to pull him over.

Following a brief chase, Crimo came to a stop and was arrested Lake Forest, Illinois, not far from the where the shooting occurred.

Footage of Brisbane’s RAAF airshow rehearsal has spooked US viewers