HUNDREDS of mourners today lined the streets for the funeral of a two-week-old baby tragically killed when his pram was hit by a car on his first outing. 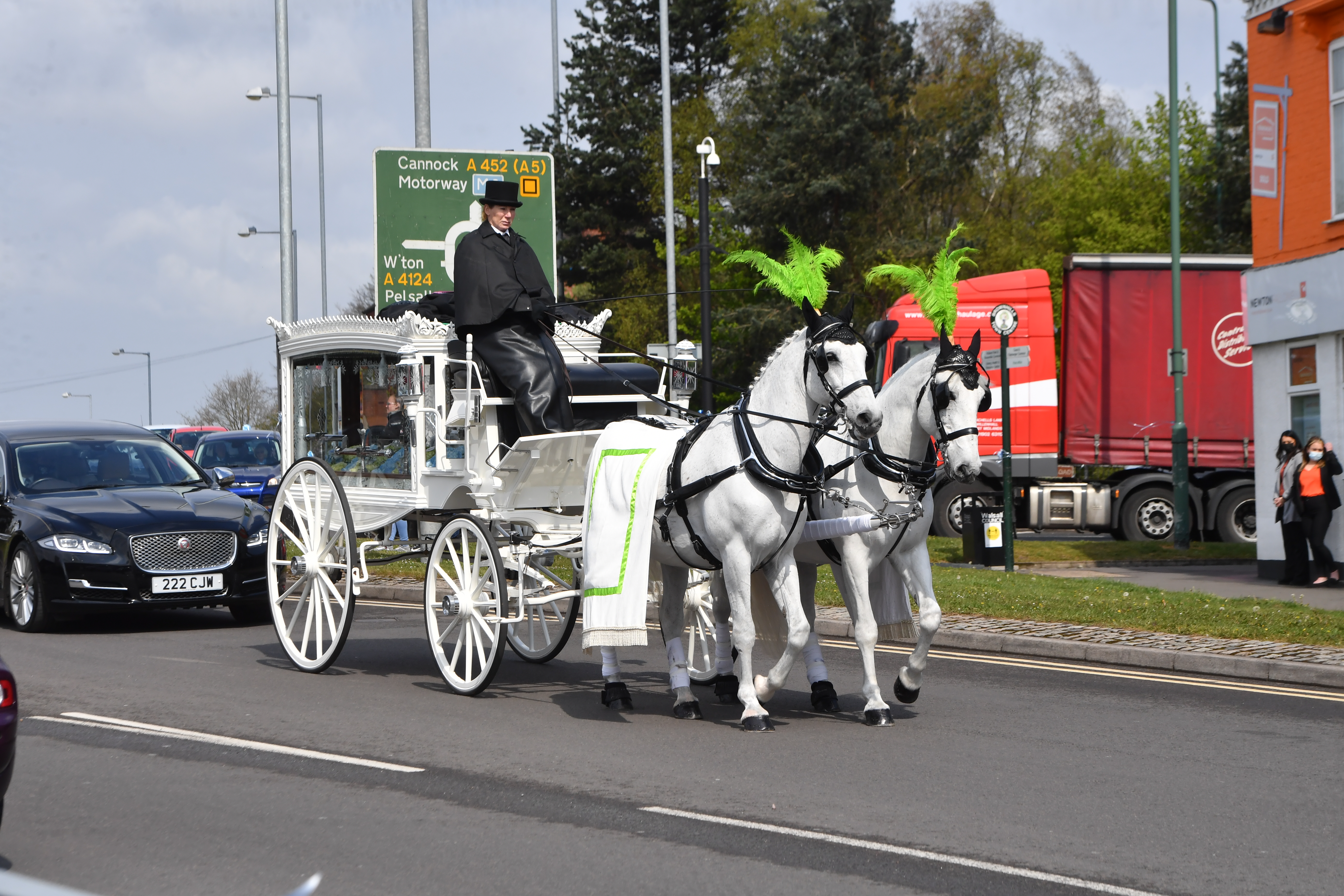 Ciaran Leigh Morris was being pushed along the pavement in his pram when he was hit by a car in Brownhills at around 4pm and suffered fatal injuries.

Locals and family members today lined the High Street with banners, flowers and soft toys in tribute to the tragic tot, while motorcyclists rode alongside the funeral procession bearing blue ribbons.

Ciaran’s devastated parents Camaron Morris and Codie Holyman had previously visited the scene in the High Street to tie the first blue ribbons to the railings where the crash took place.

He said: “It was a beautiful occasion where the family were able to come together and give thanks for the gift of the child, but there was great grief at the same time and we had to acknowledge that grief.

"Funerals like this are always very difficult to deal with because you have to be honest about the situation and deal with what's actually happening to the parents at the time and acknowledge the grief.”

Wendy Morton, MP for Aldridge-Brownhills, said: "This was a terrible tragedy and my thoughts and sympathies are with the parents and family of baby Ciaran.

"The support and response shown from across the Brownhills community has been tremendous and I hope it is of some comfort to the family to know that so many are thinking of them at such a difficult and sad time."