Riders, horses and hounds paraded through Hampshire this morning as the traditional Boxing Day hunt got under way.

Hundreds of hunt supporters wrapped up in their hats and scarves descended upon the market town of Petersfield today as members of The South Downs Bloodhounds took part in the annual tradition.

Dressed in their new mustard coat uniforms and sporting festive mice pie and Santa hats, riders on horseback made their way through the town’s streets as their supporters came out to watch.

The South Downs Bloodhounds, which was formed in 2004, usually begin their active hunting season around the end of August, with people able to follow the hunt from the road or from their cars.

The latest event comes just days after the group gathered in foggy conditions for a hunt near Cranborne Manor in East Dorset.

This month the group also carried out hunts near Whitewool Farm in East Meon and Milton Hill Farm in Pewsey. 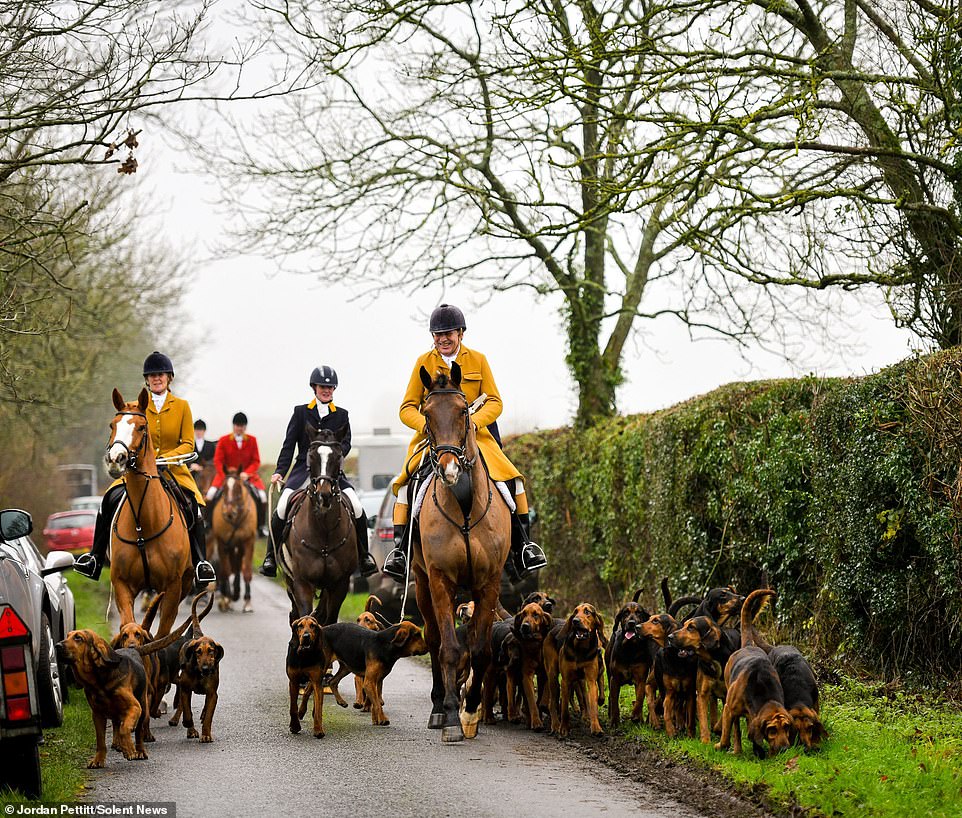 Members of The South Downs Bloodhounds wear their new mustard coat uniform ahead of the annual Boxing Day trail hunt near Petersfield, Hampshire 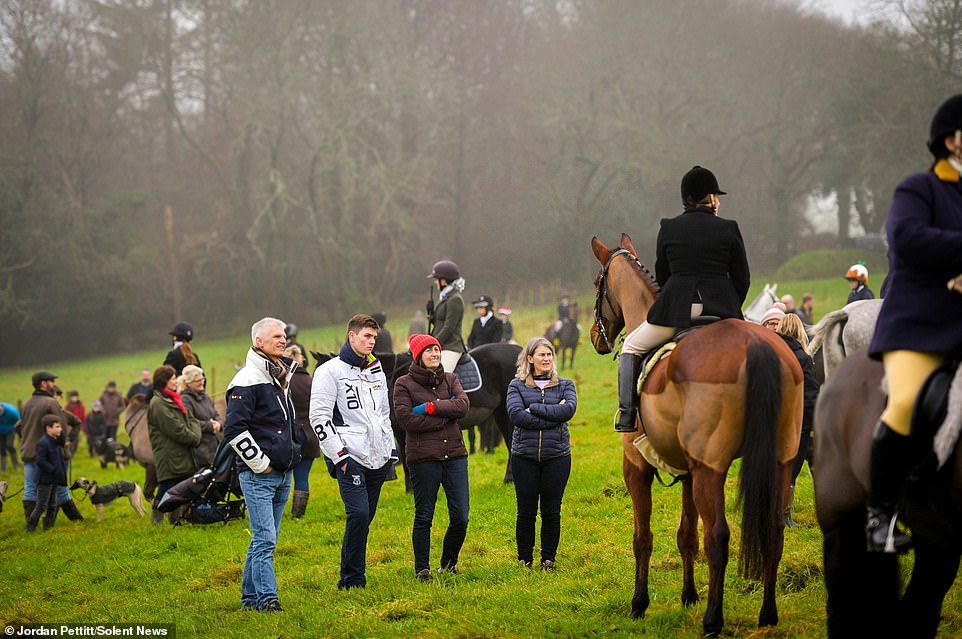 Large crowds wrapped up in their hats, jackets and scarves begin to gather in Petersfield today for the annual event 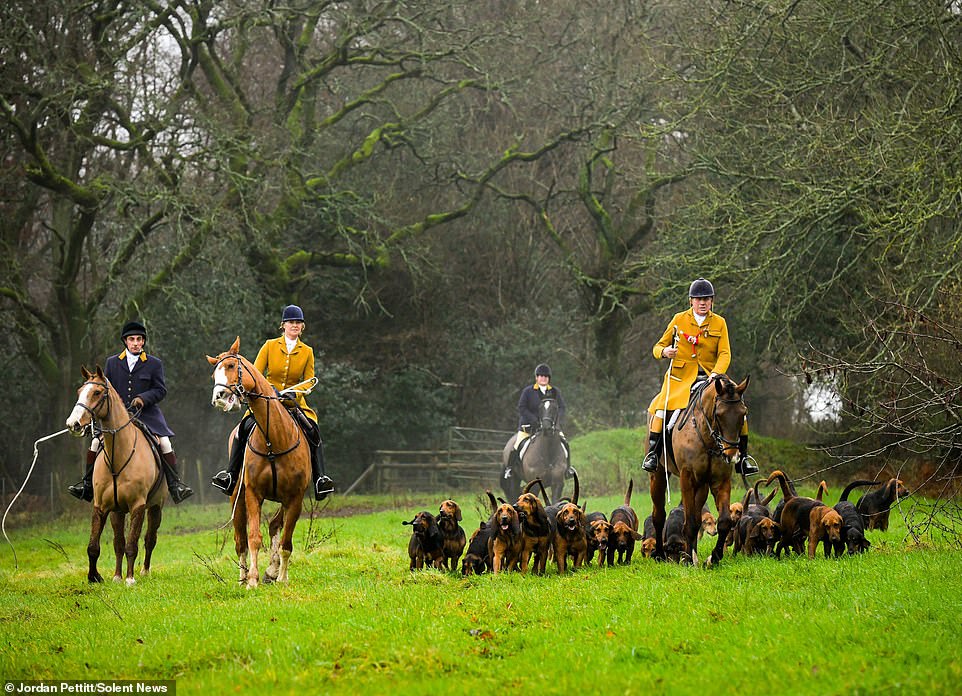 This week Labour and the League Against Cruel Sports criticised the Government for granting licences ahead of Boxing Day meets.

It came after a senior huntsman was convicted of urging people to use lawful trail hunting, in which a scent is laid for hounds to follow, as a ‘smokescreen’ for illegally hunting foxes.

In November, National Trust members voted to halt the sport on the charity’s land over concerns it was being used as a cover, a move echoed by Natural Resources Wales.

National Trust director of land and nature Harry Bowell said: ‘The board of trustees has carefully considered this issue.

‘Its decision to issue no further licences for trail hunting is based on a wide range of considerations.

‘These include – but are not limited to – a loss of trust and confidence in the MFHA, which governs trail hunting, the vote by National Trust members at our recent AGM, the considerable resources needed to facilitate trail hunting, and the reputational risk of this activity continuing on our land.’

But activists expect more than 240 hunting days will have taken place on land owned by the Ministry of Defence this year.

Labour’s shadow environment secretary Jim McMahon said: ‘Allowing hunts to go ahead on public and Government-owned land is completely irresponsible, regardless of whether those taking part are the Prime Minister’s mates.

‘The Government must do more to close the loopholes that allow people to break the law and consign hunting to the history books, where the vast majority of us believe it belongs.’

Chris Luffingham, the director of external affairs at the League Against Cruel Sports, added: ‘It’s time all major landowners permanently banned trail hunting on their land and that the Government strengthens the Hunting Act to ensure its loopholes can no longer be exploited.’ 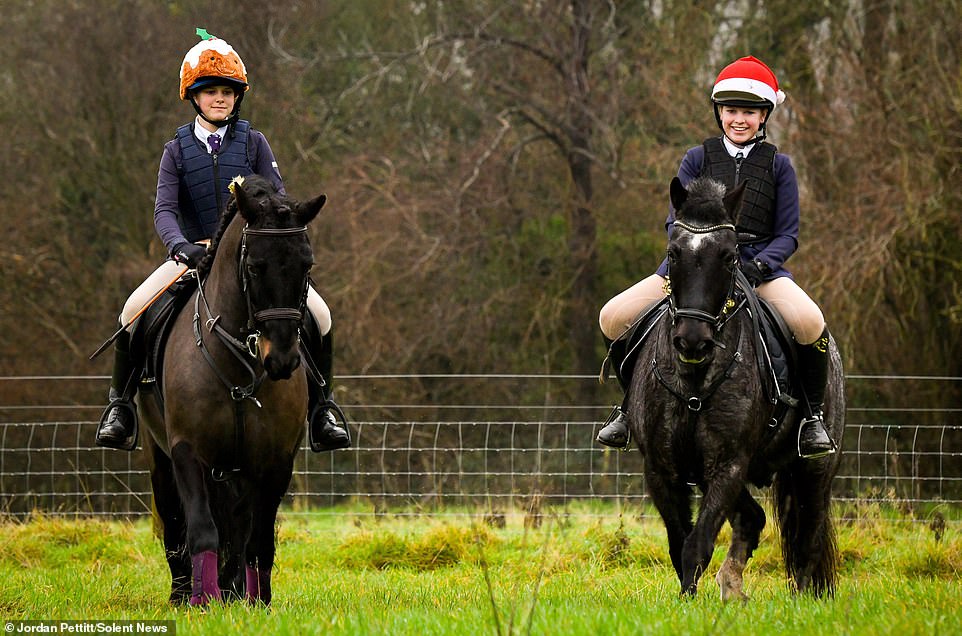 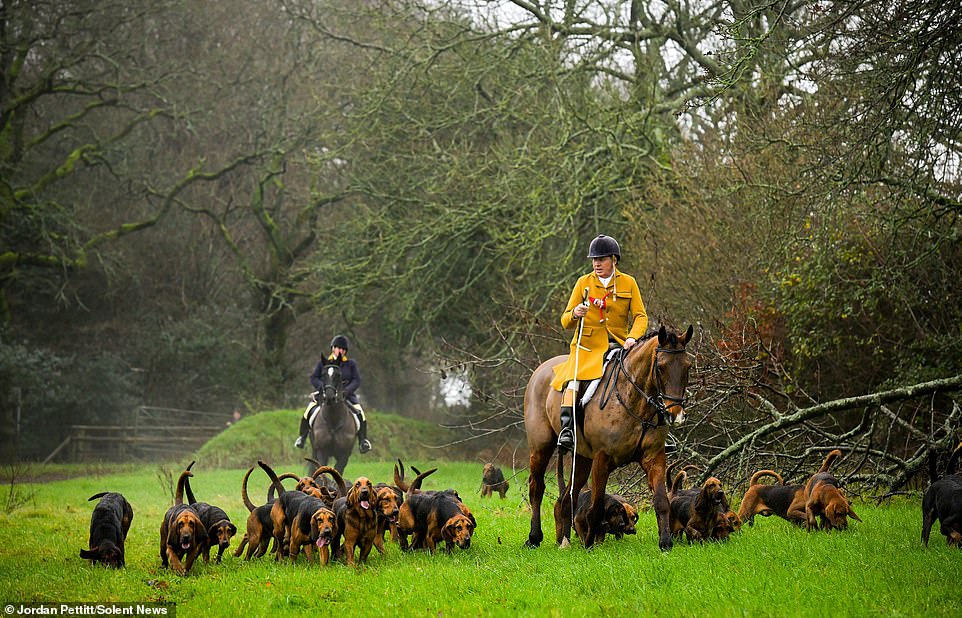 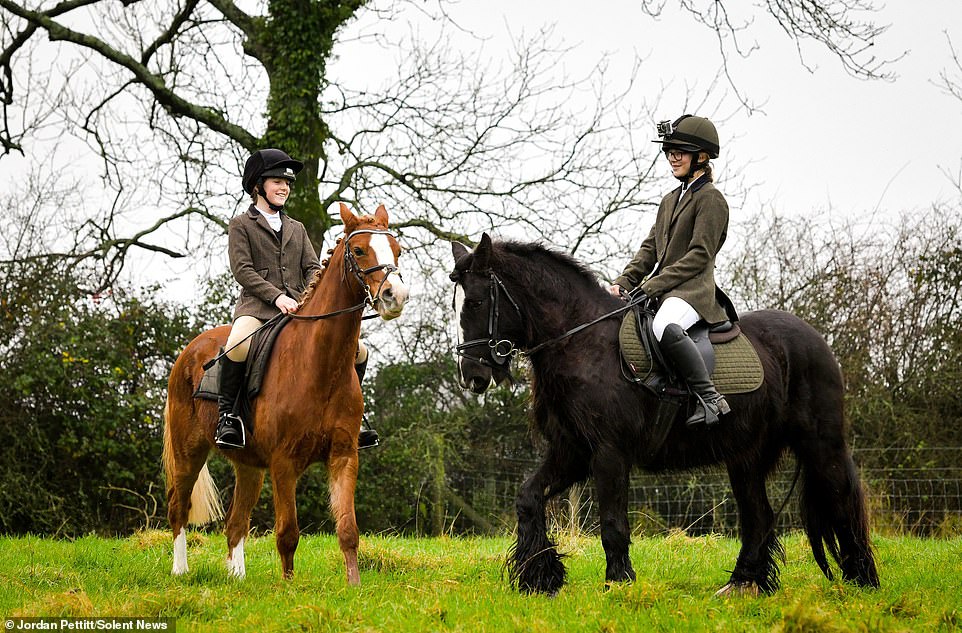 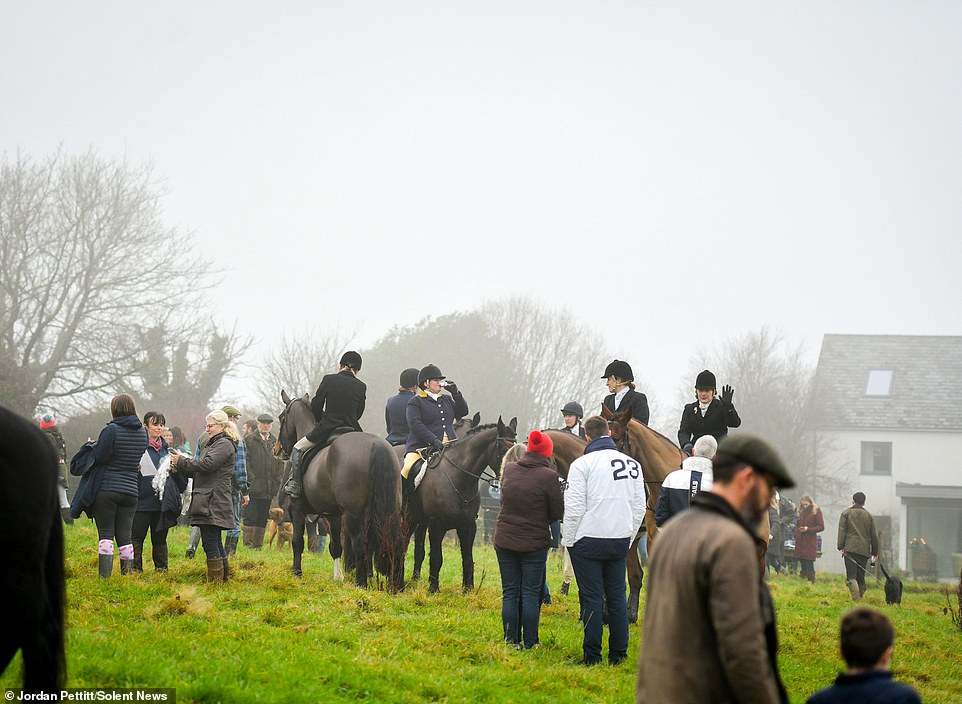 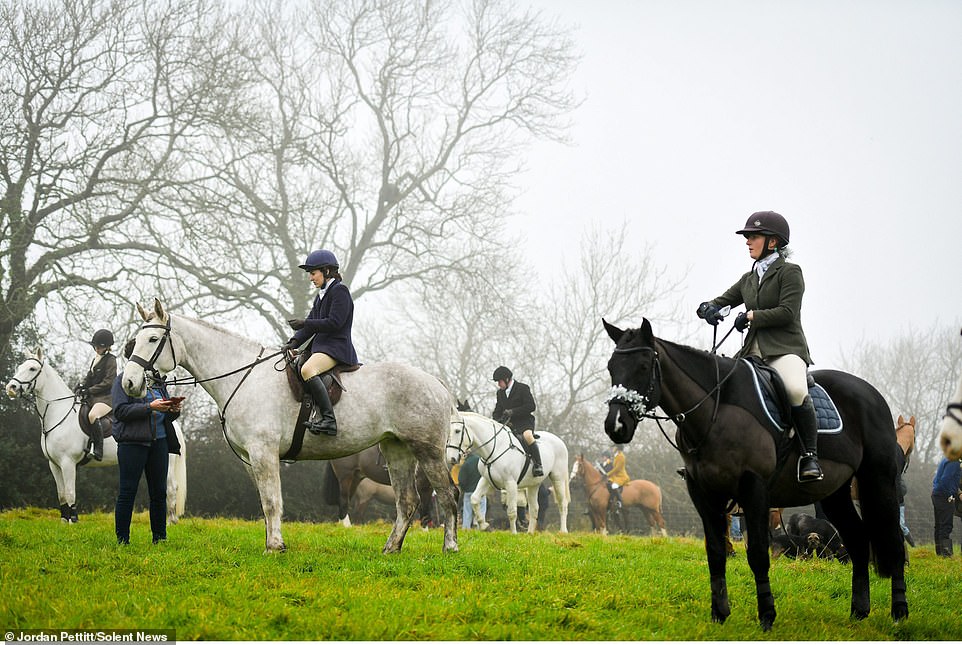 In October, director of the Masters of Foxhounds Association Mark Hankinson was found guilty of intentionally encouraging huntsmen to use legal trail hunting as ‘a sham and a fiction’ for the unlawful chasing and killing of animals during webinars.

He was charged after footage from the webinars was obtained by hunt saboteurs, who leaked it to the media and the police.

Hankinson, of Sherborne, Dorset, denied but was convicted of encouraging illegal fox-hunting, in two webinars between August 11 and 13 last year.

He was fined £1,000, in addition to £2,500 in prosecution costs and a £100 surcharge following a trial at Westminster Magistrates’ Court.

National Trust members overwhelmingly voted to ban trail hunting on the charity’s land in England and Wales after the conviction.

The Welsh Government nature agency Natural Resources Wales, which looks after swathes of countryside and forests, also went on to ban trail hunting on its land.

Fox hunting was banned in England and Wales following the introduction of the Hunting Act 2004 which came into force a year later.

But trail hunting, which involves following a scent along a pre-determined route with hounds or beagles to replicate a hunt, is permitted under legislation.

Jealous boyfriend ‘battered his lover, 20, to death with a brick after she mocked him for being a flop in bed’ – The Sun