It has been fuelled by growing interest payments and the huge cost of protecting families from sky-high energy bills. 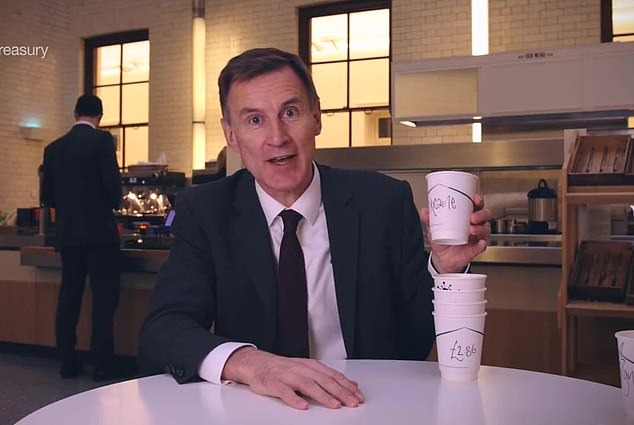 The appalling data from the Office for National Statistics prompted business leaders and MPs to redouble pleas for a plan for growth to rescue the public finances.

Separate figures yesterday showed that strikes, surging interest rates and cost of living pressures were pushing the nation further toward a recession.

Chancellor Mr Hunt insisted the debt report showed the need for him to keep to ‘tough’ plans to help balance the Treasury’s books.

But with the tax burden on course to reach its highest level since the Second World War others argue that cuts are needed now.

Conservative MP Sir John Redwood said: ‘You have got to have tax cuts that make it easier to run businesses and make it more worthwhile to make investments.’

And former party leader Sir Iain Duncan Smith added: ‘We need very soon to be setting out a plan for growth, including tax cuts.’

Many business chiefs concede the need to stabilise the economy by keeping a tight rein on public finances for now. But they are becoming frustrated that Rishi Sunak and his Chancellor are not offering a concrete plan for the next steps. 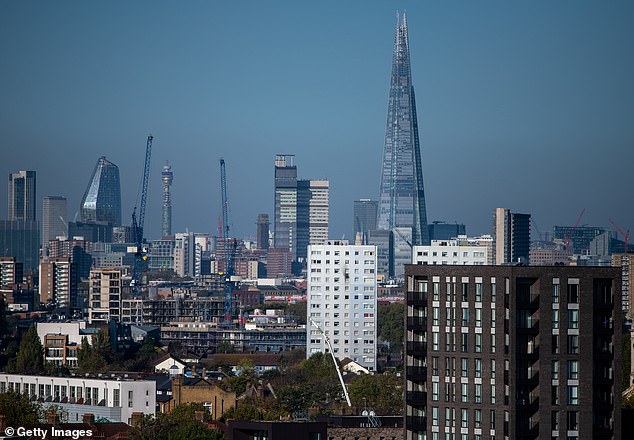 A senior figure from the retail sector added: ‘There are only two ways out: grow, so we can pay it down, or inflate – we dealt with our war debt by the latter route in the 70s. I know which I prefer.’

The national debt has ballooned over the past quarter of a century. It stood at just over £350billion in 1997 but had trebled to more than £1trillion by 2010 and had doubled again a decade later. It has taken less than three years to add a further £500billion to the pile.

At £2.503 trillion, it is 99.5 per cent of GDP, the highest level since the early 1960s. December’s borrowing of £27.4billion was more than double the £10.7billion recorded a year earlier – and much higher than the £17.7billion forecast by economists. 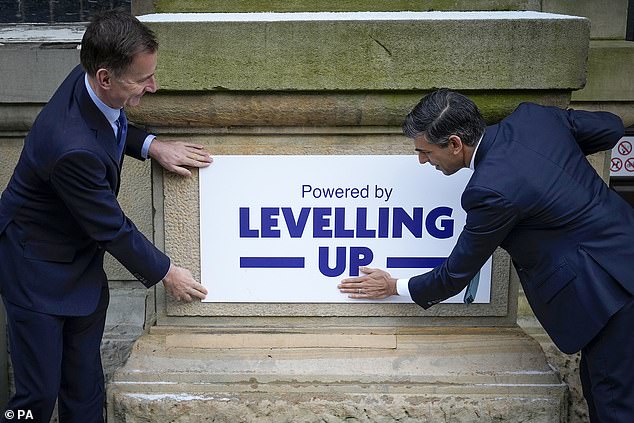 Payouts and subsidies to help families and firms cope with the impact of surging energy bills added £6.7billion to state spending last month.

Interest payments swelled to £17.3billion, reflecting the fact that the payment rate on much of the debt is linked to inflation, which has soared into double digits.

It was the highest December debt interest bill since records began in 1993, and the second largest for any single month, the ONS said. Randy Kroszner, a top US economist and former White House adviser who is soon to join the Bank of England, voiced his concerns.

He told the Commons Treasury committee yesterday: ‘It’s something that one needs to keep an eye on for sure. Not only in the UK but there are many countries around the world that are seeing significant increases in their debt payments as interest rates go up.

‘That’s an issue the Financial Policy Committee of the Bank of England should be monitoring both in the UK as well as globally … and could that raise questions about ability to repay?’

Ruth Gregory, an expert at Capital Economics, said: ‘Overall, today’s worse-than-expected public finances figures will only embolden the Chancellor in the Budget on March 15 to keep a tight grip on the public finances.’

Mr Hunt said: ‘We have already taken some tough decisions to get debt falling, and it is vital that we stick to this plan so we can halve inflation this year.’

Prime Minister Mr Sunak will host a Cabinet ‘away day’ at Chequers tomorrow at which ministers will discuss how to improve their chances of winning the next election. Mr Hunt will make a speech on Friday in which he is expected to address the need to promote growth.

Venice warning: Italian city ‘in danger’ and at risk of becoming ‘big hotel’