Home » World News » 'I lost both my legs, broke my back & suffered brain damage – but at least I’m not ginger' jokes cheeky hero paratrooper

HERO Para Ben Parkinson is the most seriously injured soldier to survive the war in Afghanistan – and he reckons he had a lucky escape. 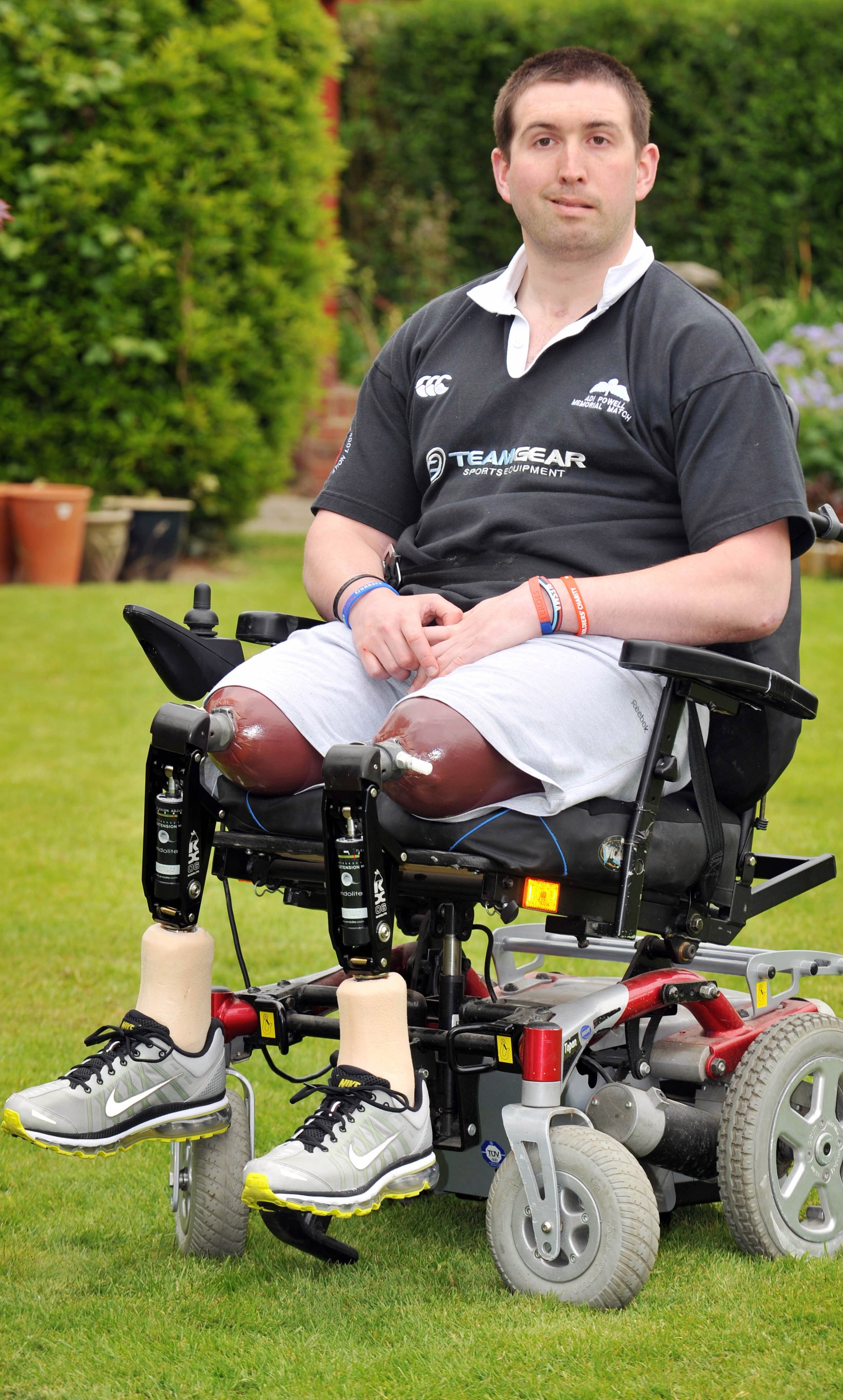 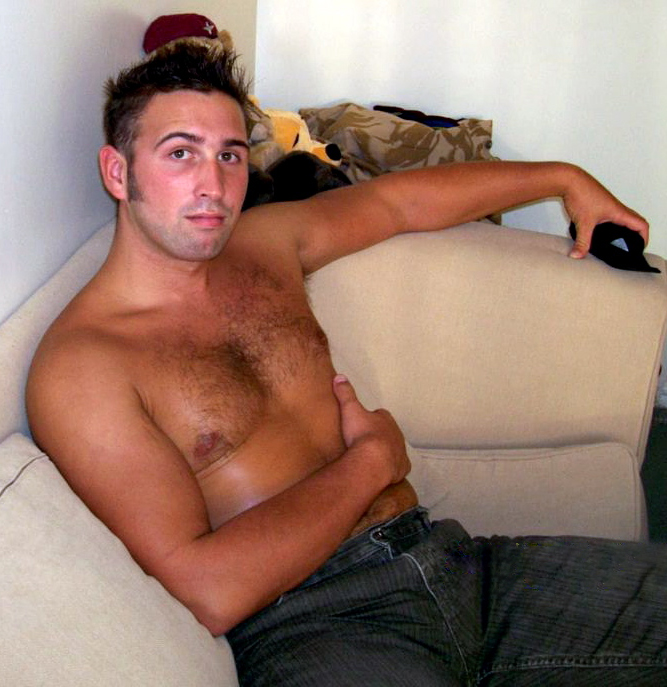 A lot of people claim the title "inspirational" but few have earned it quite like Ben.

Nearly 15 years ago, at 22-years-old, the strapping 6'4" paratrooper broke his back, lost his legs and suffered life-long brain damage when his Land Rover hit a mine in southern Afghanistan.

First, they thought he would die. Then they feared he would be brain dead, then they said he was unlikely to talk or walk.

Not only is he cracking jokes, but Ben has trekked across an arctic plateau, kayaked down the Yukon river, cycled the length of New Zealand and picked up an MBE for his charity work from Prince Charles.

In 2012, he carried the Olympic torch through his hometown of Doncaster in the most memorable leg of the London Olympic relay.

And he won The Sun’s inaugural Millie for overcoming adversity.

“I am still getting better,” he says over a Zoom call.

“I still need crutches to walk, but one day I won’t need them.”

To cap it all he has written a book to help others to overcome their own challenges.

“My friends were quite surprised,” Ben, 37, says. “They said they didn’t know I could read."

'I don't regret what happened to me'

Ben joined the Army at 16 without a single GCSE.

Aged 18, he invaded Iraq with seven Para Royal Horse Artillery, the Army’s airborne gunners and the regiment he calls his second family.

By 22, he was a Lance Bombardier deployed to southern Helmand province where more than 400 British soldiers died.

Today is he 37 and has never been closer to walking unaided. He practises every day on prosthetic legs.

So, what is the secret to his success? 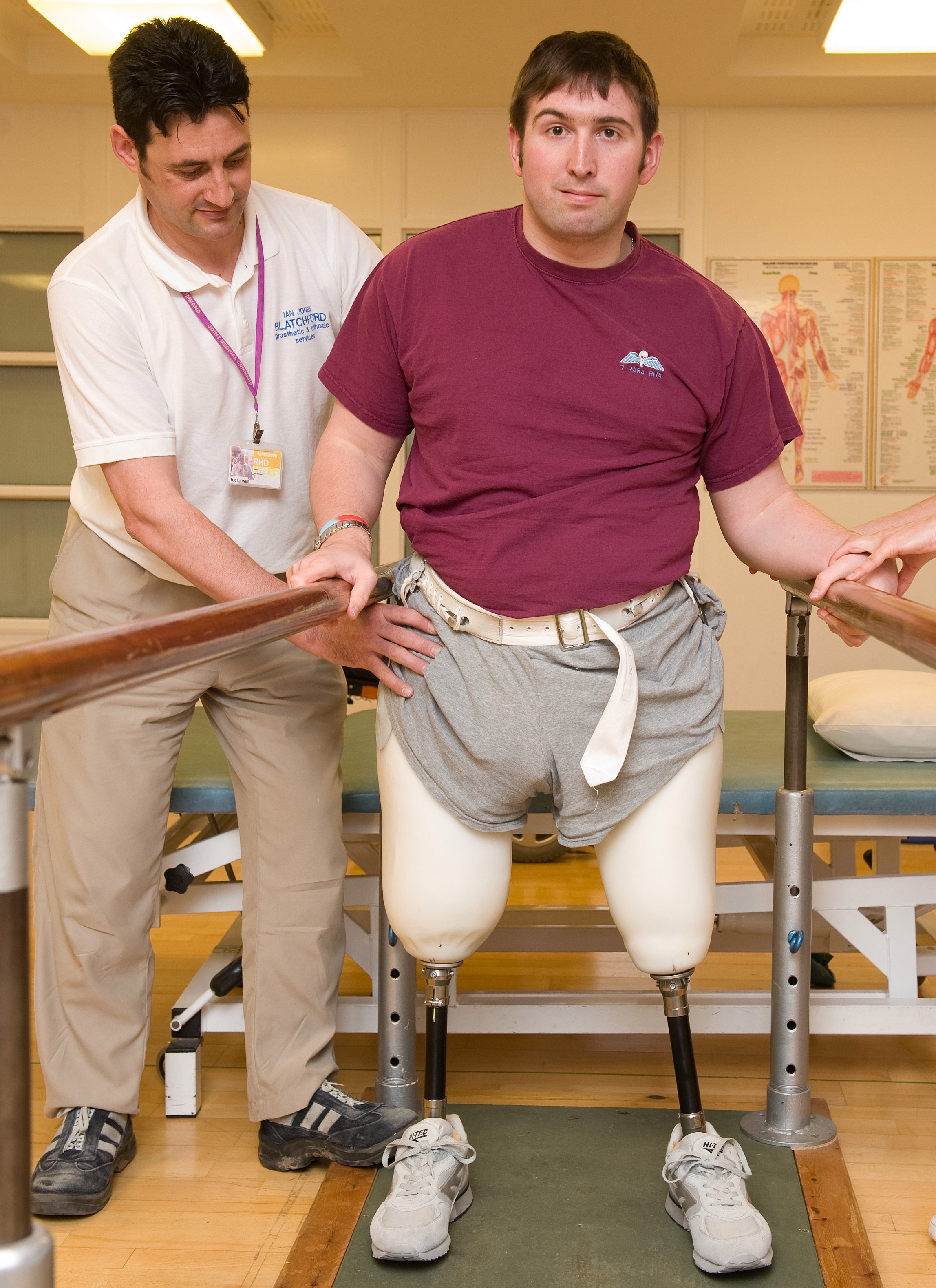 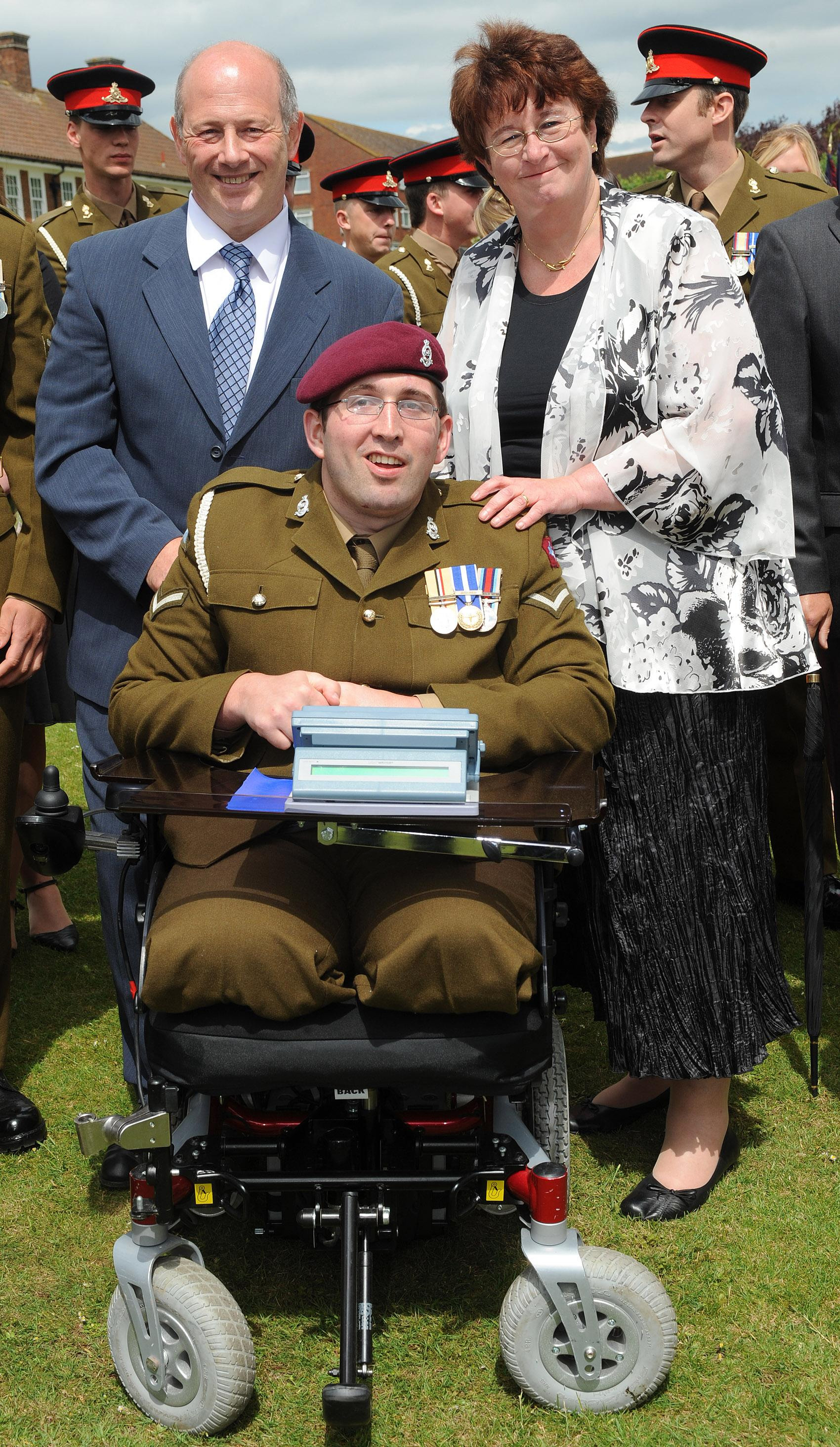 He works out six days a week for three hours in a gym in his home. On his day off he does physiotherapy.

“I don’t regret what happened to me,” he says. “If it wasn’t me who got blown up it would have been one of my mates and they might not have survived.”

It was probably a Russian anti-tank mine that exploded beneath his open top Land Rover in September, 2006.

“I don’t blame the person who put the mine there. He was probably a soldier just like me, taking orders from his boss.”

The mine had likely been there since 1989, when Ben was five years old and the Soviet Red Army withdrew from Afghanistan after a bloody ten-year war.

Now it is Britain’s turn to withdraw.

Twenty years after the US-led invasion all foreign troops are preparing to leave Afghanistan amid warnings it will plunge the country into an even bloodier war.

Does Ben think the sacrifice was worth it?

“I wouldn’t want another soldier to die or get injured in Afghanistan,” he says. 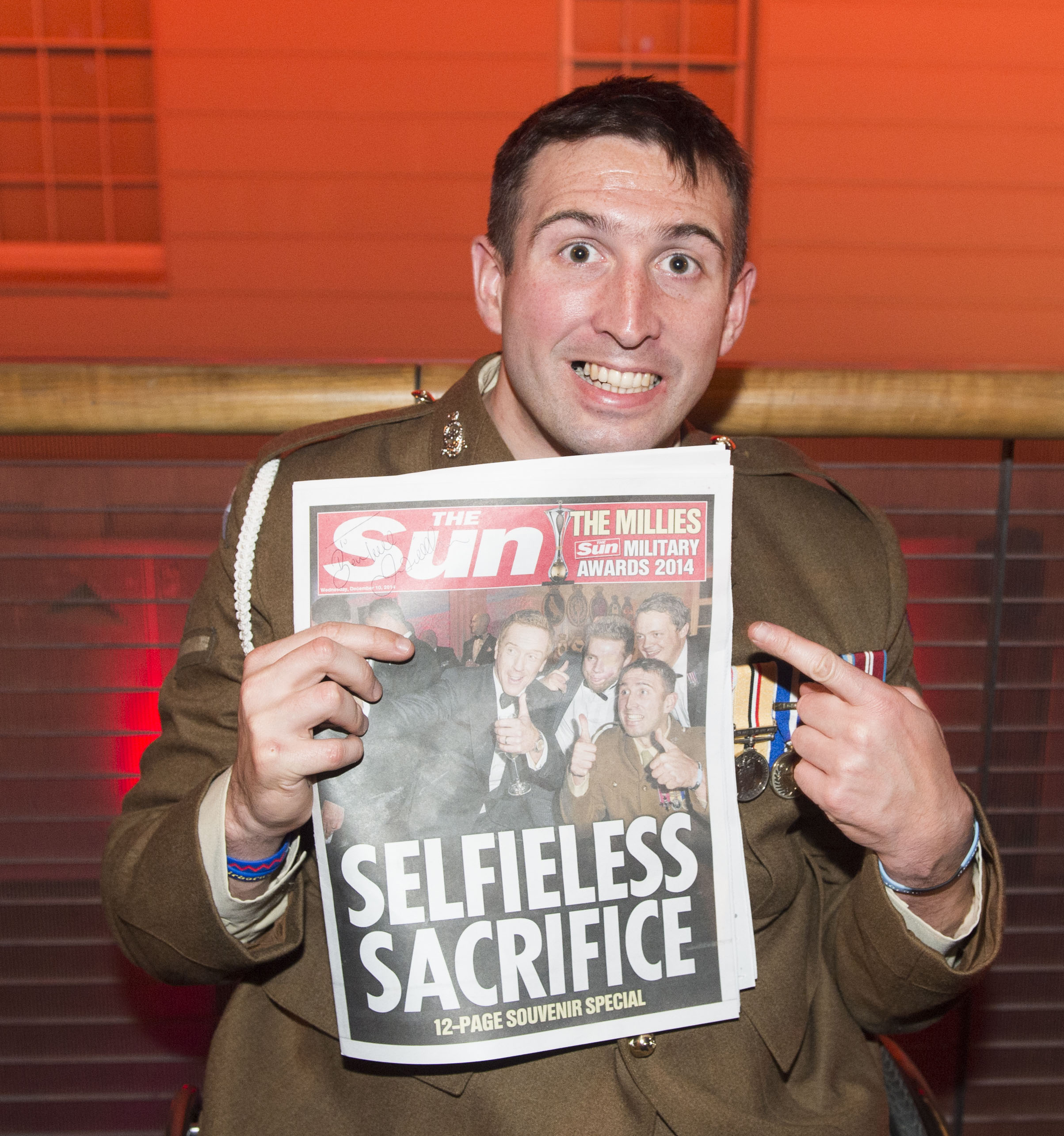 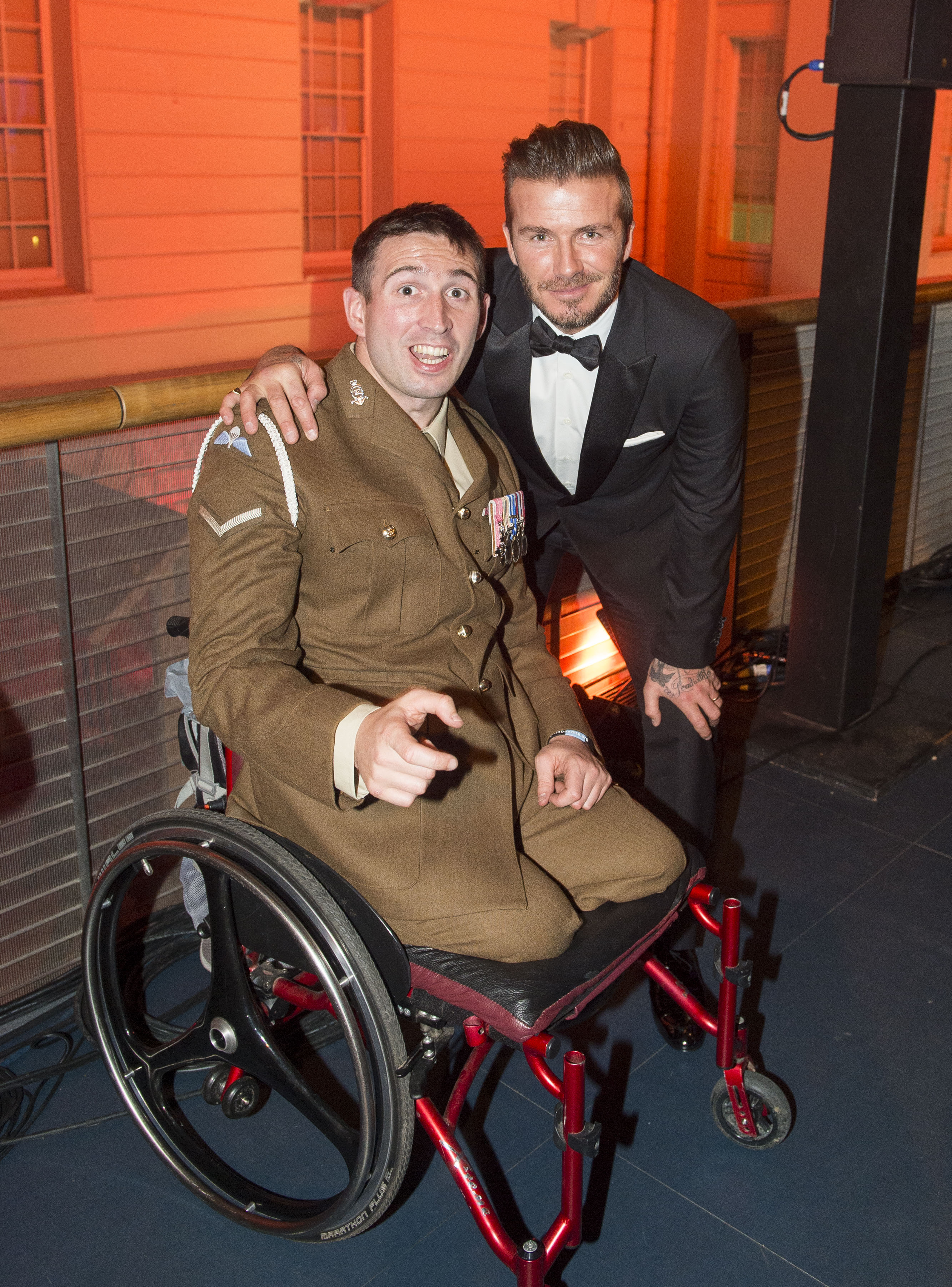 He was standing in his vehicle’s gun-turret, manning a machine gun, when rear right wheel hit the mine near the hotspot town of Musa Qala. The blast flipped the wagon on its front.

Ben was thrown clear, landing face first in the dirt 15 metres away. His lower legs were shredded as they were pulled through the turret.

His mates ran into the minefield and fought to save his life.

Medics Paul Hamnett and Matty Oliver used a scalpel to cut open his windpipe in a procedure right at the limit of their trauma training.

“They had only done it on pigs before and the pigs always died,” Ben says.
Today he lives with his mum Diane and his stepdad Andy who have fought his corner at every step, when Ben was too ill to fight himself.

For almost a decade Diane was haunted by the fear that her son’s legs had been amputated by mistake in an awful mix up in the fog of war.

“When I arrived at Selly Oak I was totally unconscious and I had the wrong bracelet on,” Ben explains. 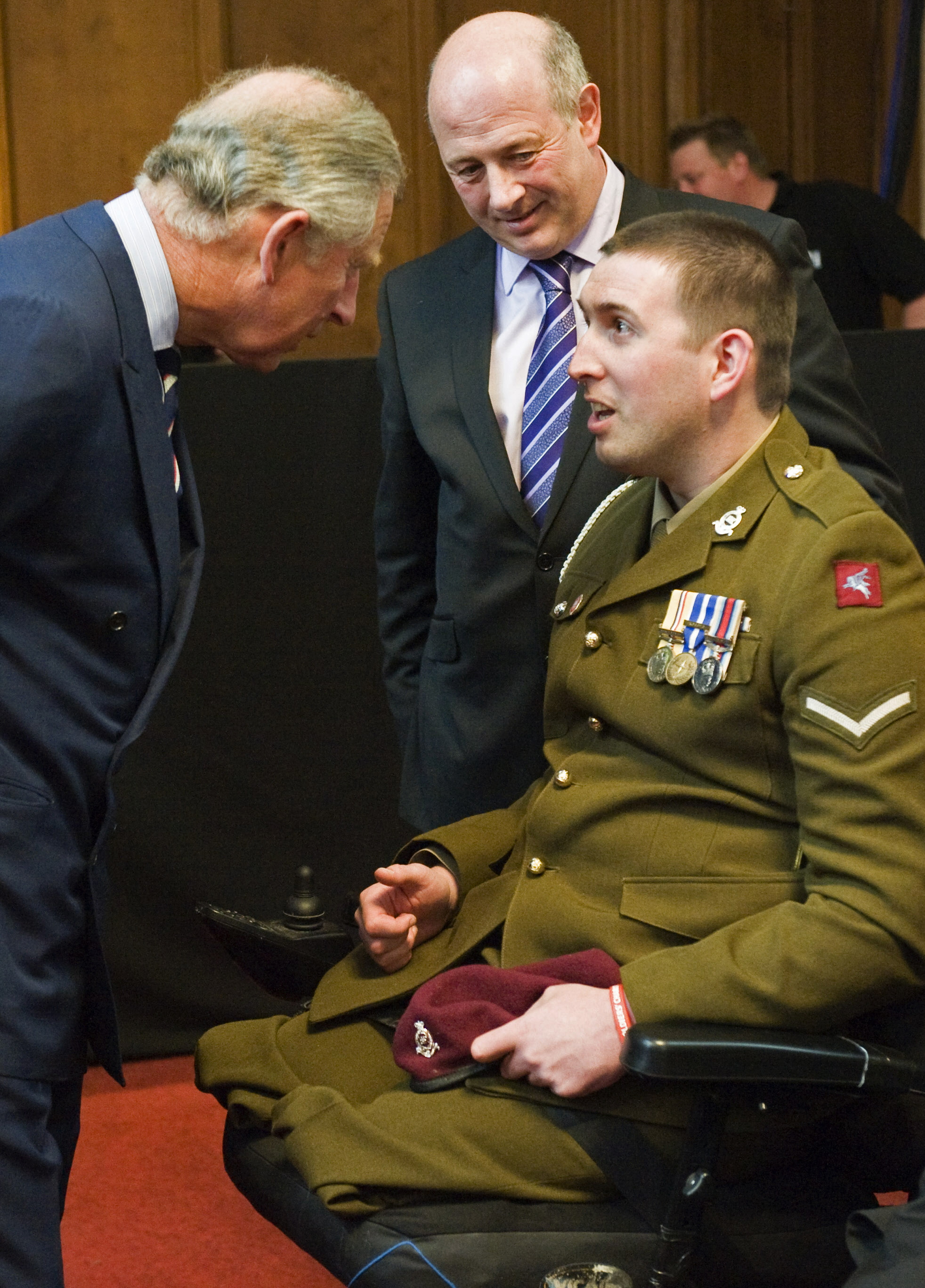 “It had the wrong date of birth, the wrong service number. It said I was someone else. Mum thought I might have got mixed up in the field hospital.”

Ben met other soldiers whose surgeons had explained to them the reasons for their amputations.

But that never happened to Ben.

When his mum asked for his medical notes, the Army dragged its heels.

It wasn’t until 2015, nine years after Ben was blown up, that he finally received a letter from the surgeons who explained what had happened at Camp Bastion, the main British base in Helmand.

They had been forced to make a brutal but life-saving decision to get Ben as stable as possible as quickly as possible so that he could survive an onward flight to Kandahar Air Field for urgent brain surgery. 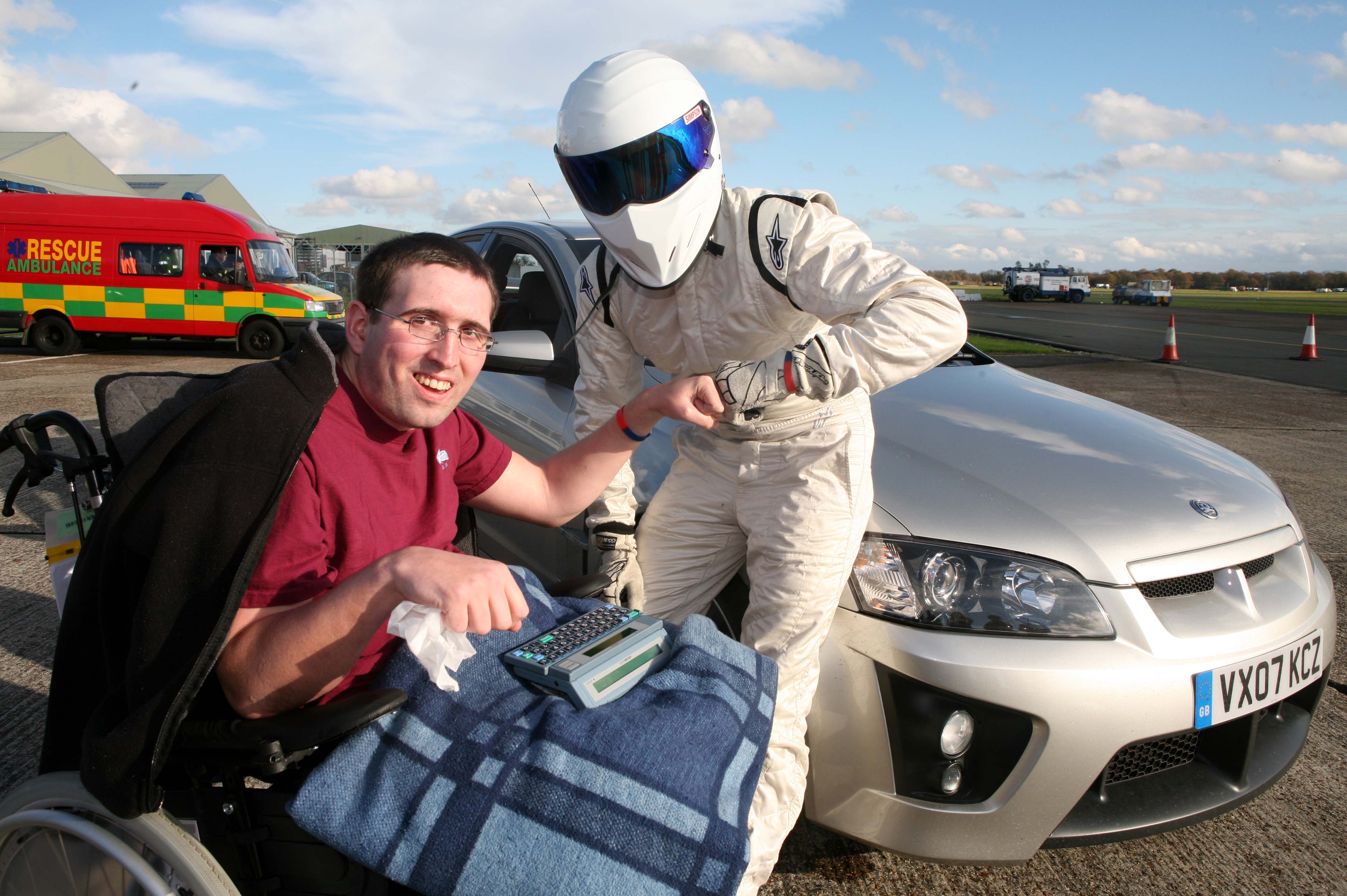 That meant chopping both his legs off, above the knee, and cutting out his spleen.

Given more time or a bigger hospital the outcome might have been different, they said.

But in 2006 the hospital was small. It had limited supplies of blood and no MRI scanner to examine his brain injury.

He spent six and a half hours at Bastion where they give him more than ten litres of blood and blood products – enough to flush him out completely.

When he got to Kandahar Air Field, a massive Canadian, US and Dutch base, the consultant radiologist had finished her tour and flown home.

There was no one there to interpret the brain scans. Ben was flown back to Britain the next day. The operation on his head never happened.

“I can’t change what happened,” he says. “I am lucky I am still here. I wasn’t really religious before, but think someone wanted me to survive.”

Ben says his book, Losing the battle: Winning the War, is a chance to say thank you to all the people – including legions of Sun readers – who have helped and cheered him on his journey, Ben says. 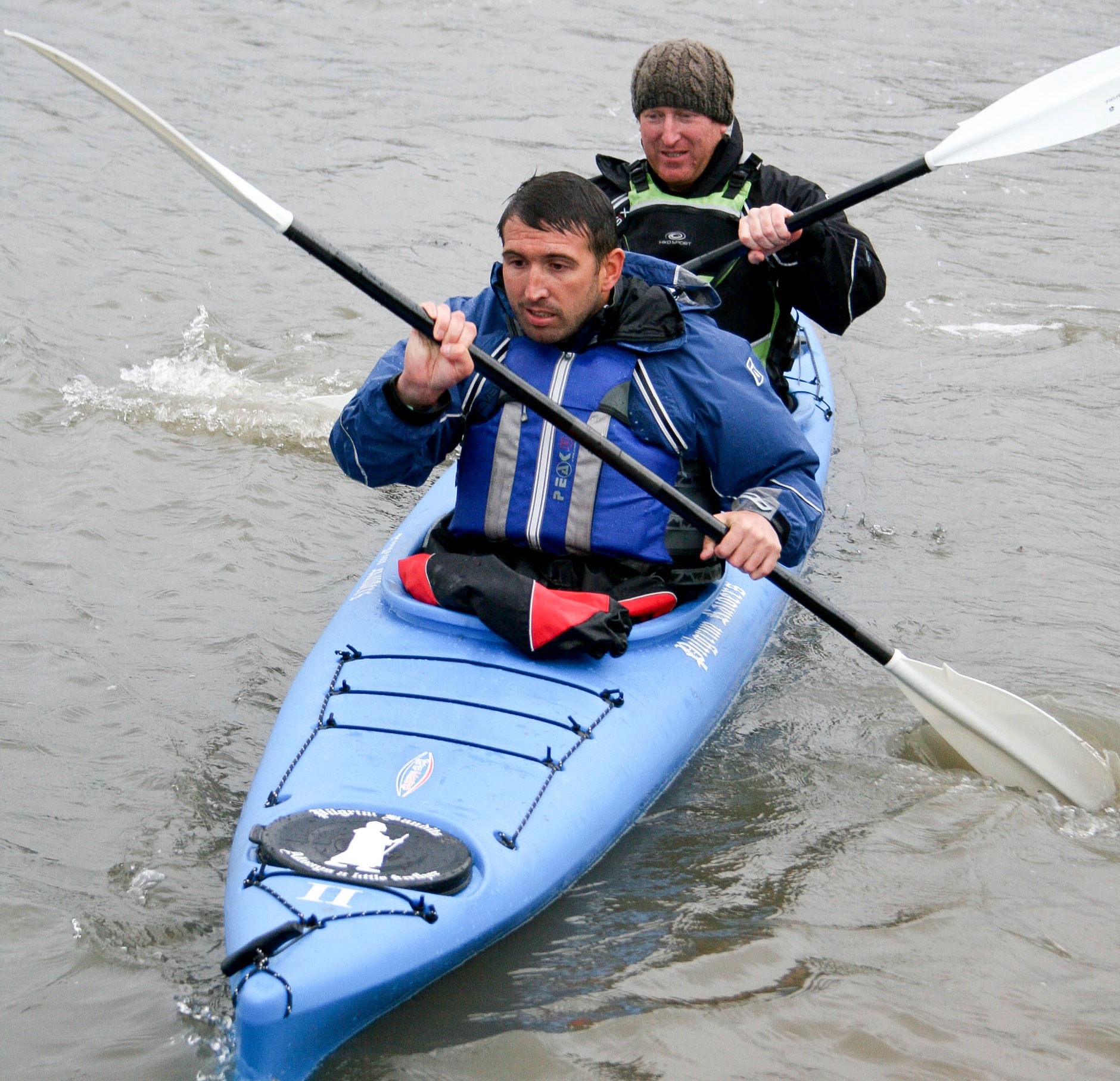 “Sometimes people see me on the TV and they think it has been easy. It has been hard,” he says.

“But everyone’s support really helps. It’s not just the doctors, nurses and carers but the people I meet in the street.

His battles are not confined to his health.

A year after the blast his case sparked a judicial review which forced the MoD’s to lift a cap on compensation for all its wounded veterans.

And another 2,700 veterans saw pay outs increase by £10 million.

It was later, through the charity Pilgrim Bandits, that Ben’s life was transformed again.

First they arranged for him to do a parachute jump. They trekked across a Norwegian tundra and paddled down the Gironde river in France to recreate a deadly World War Two commando raid. 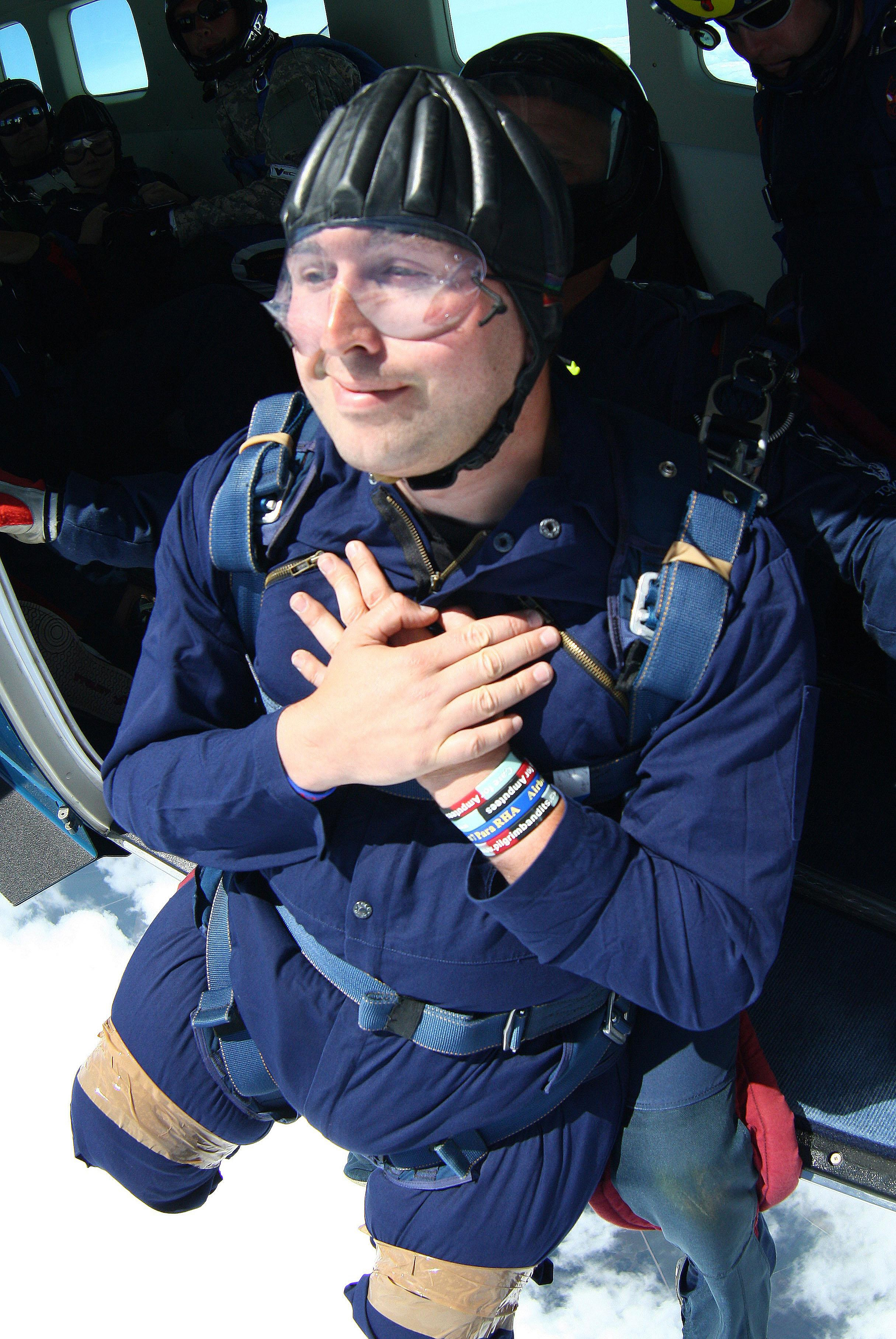 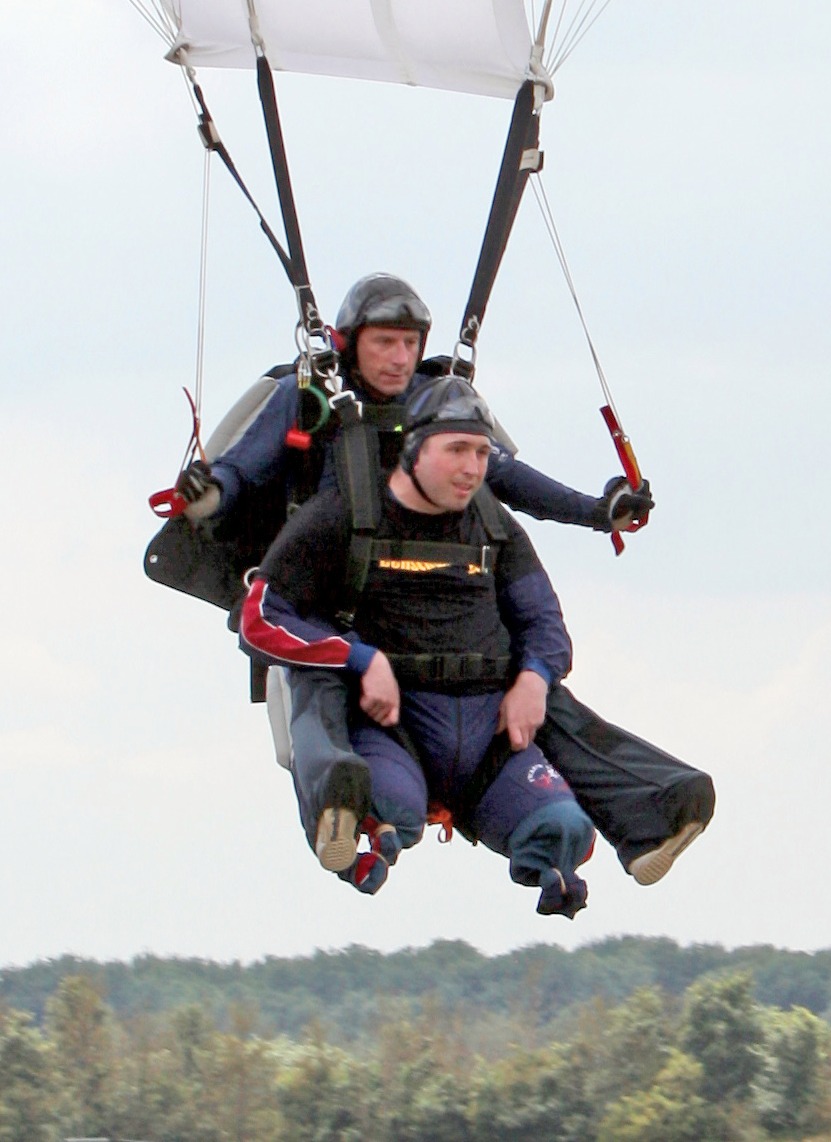 “I was alive, but Pilgrim Brandits gave me a life back. There’s a difference,” Ben says.

Today he lives by the charity’s motto, “Always a little further.”

Given the chance, he says he would rejoin the Army tomorrow.

But as that is not possible, he says he wants the same things from life as everyone: To own a Maserati, to walk properly again, and to appear on Strictly Come Dancing.

“Even with no legs, I can’t be as bad as Anne Widdecombe.”