A HUNTER claims he caught a "naked alien" on camera as the creature ran past his trail camera in a notorious UFO hotspot.

The photograph – which shows a strange "bulbous headed" figure darting by – was captured in a remote area of Montana in the US. 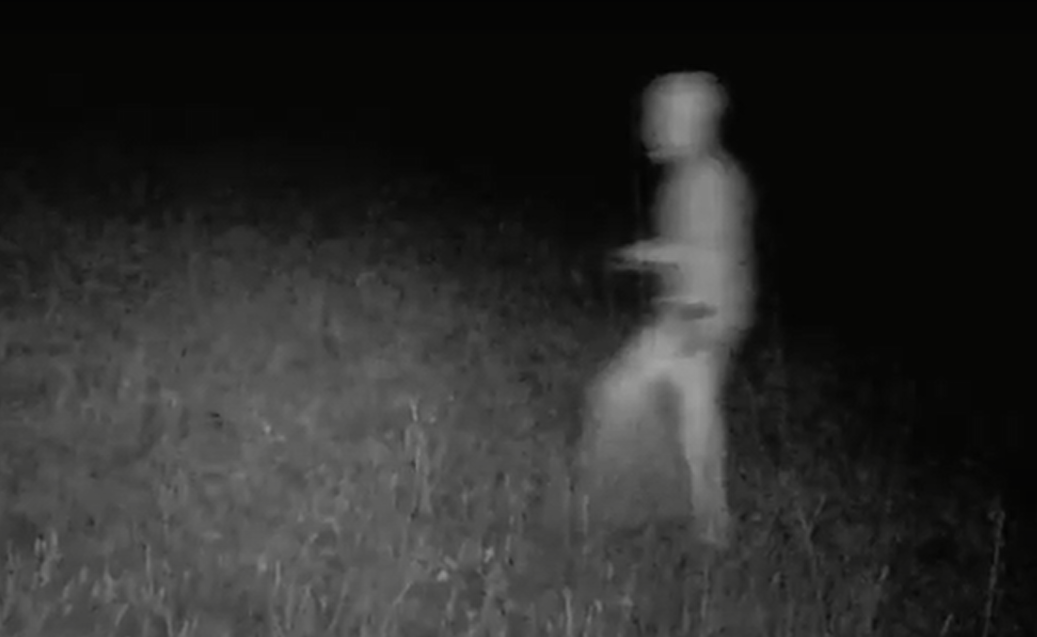 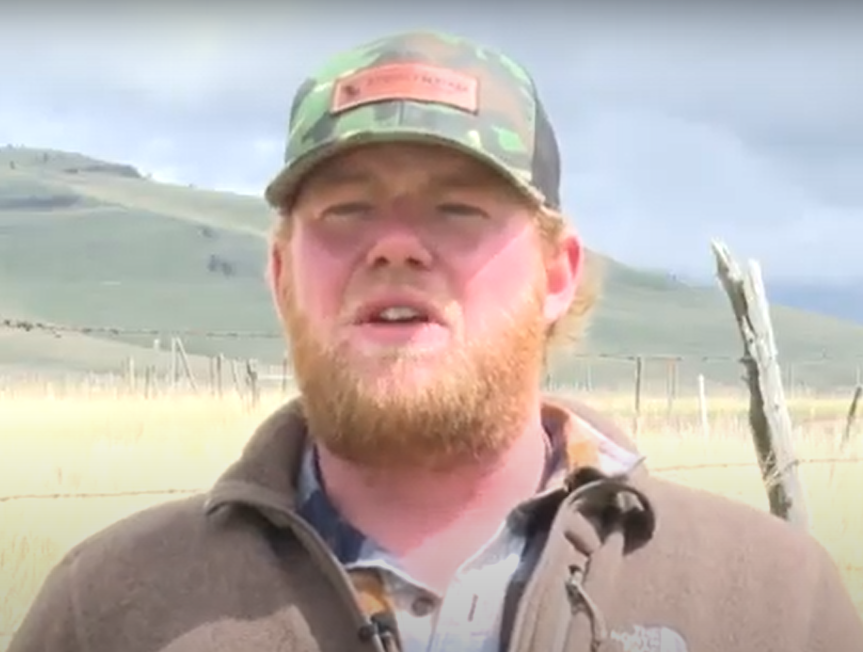 Donald Bromley snapped the picture in the area known as Redgate, which is claimed to be awash with paranormal activity like UFOs.

He said at first he thought it was a person, but the more he looked at the grainy image the more convinced he became it was something out of this world.

The strange image has surfaced amid surging interest in UFOs as Congress and the Senate voted through a brand new office to investigate the phenomena.

And it comes after a landmark Pentagon report in June saw the US admit for the first time there is something in their skies they cannot explain.

But residents in Montana have been reporting strange lights in the sky for decades — making it one of America’s hotspots for unidentified flying objects.

The image which are claimed to show an alien has shone the spotlight on an Redgate area – which is near the small town Deer Lodge.

Filmmaker and investigator Patrick Cutler, a resident of the area, told The Sun Online he is working to make a documentary about the phenomena around Redgate.

He said the "naked alien" on the trail camera is just one of a "series of mysterious events” that have taken place in the area.

“There is much more to the story than people realize," Cutler said.

Mr Bromley told KXLF: "The more I look at it was just odd, it was out of place and everything just matches the alien persona the bigger bulbous head, you can tell he has no clothes, it’s kind of a transparent being."

"It’s just very rich in the paranormal field, like the UFOs, lights in the sky unexplainable things," he added.

He added residents have been seeing “really bizarre” objects flying across the sky out of nowhere.

Cars also stall for no reason on local roads – and the area was the site of a grisly murder where a homesteader slaughtered his family and painted their front gate with their blood. 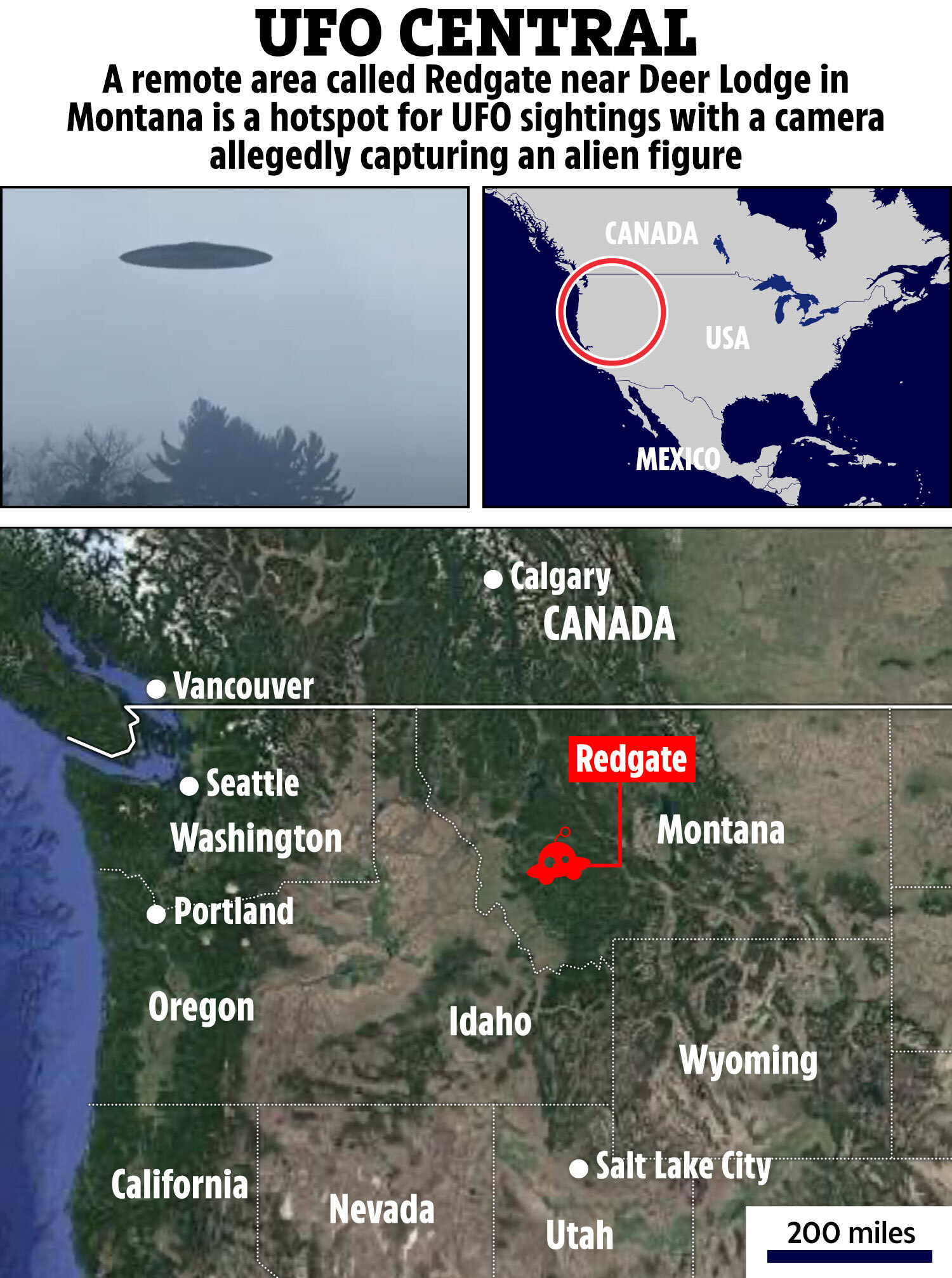 US officials dismissed UFOs at the conclusion of Project Blue Book in the 1960s — stating there was nothing to see.

And yet now around five decades on the debate has returned and is now being treated as a serious national security issue.

The debate which was for decades considered a fringe and wacky damaging topic is now being openly spoken about by very senior figures, including former President Bill Clinton and Barack Obama.

US lawmakers commissioned the Pentagon UFO report after a stunning string of leaked videos that showed military encounters with objects such as the infamous "Tic Tac".

And following its release, Congress and Senate voted through the plans for a new dedicated office to probe the mysterious phenomena.

Questions remain whether the objects being encountered by the US are previously unknown drones – or perhaps something more alien. 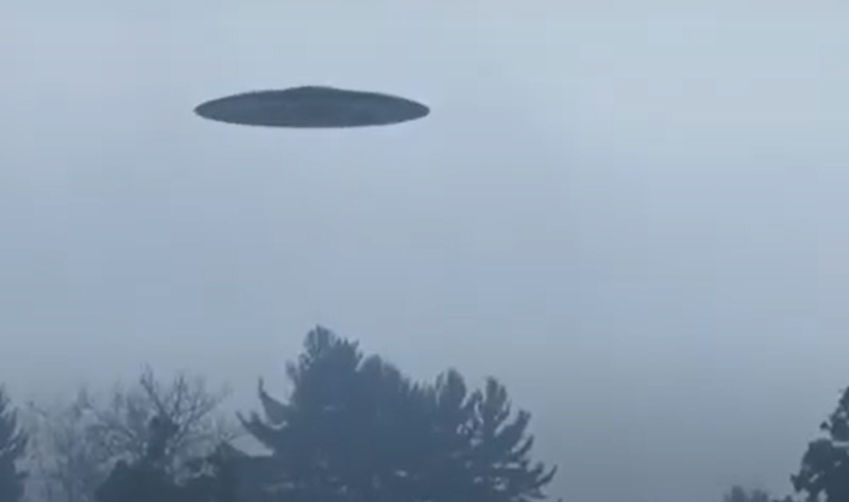 A legacy of war: U.N. clears thousands of explosives in Iraq

You could become the owner of a £1million Georgian mansion for just £2.50