Home » World News » I was a trafficked prostitute who was paid just £20 for sex, raped by man who said he had HIV and treated like an animal

WHEN young Sylvia* from Brazil was offered a flight to the UK through a female 'friend' she was convinced she would find a better life.

Instead, she fell foul of a human trafficking network and found herself working 16 hours a day in a seedy brothel, where punters paid £20 for 15 minutes of sex. 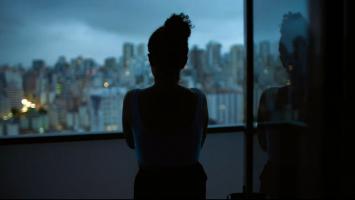 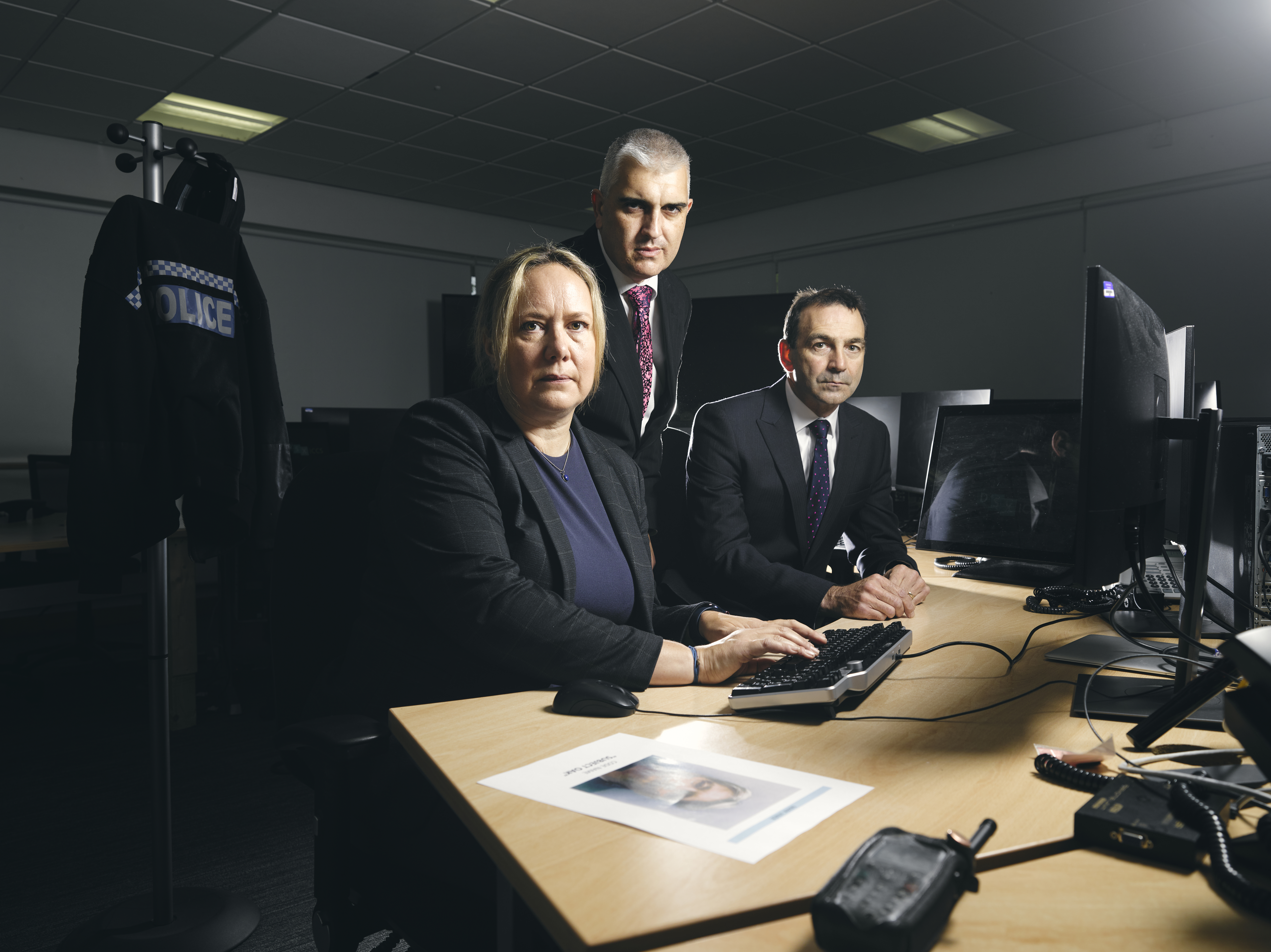 “If you are from a poor place, of course you want a better life,” she tells The Sun. “But I was working for two months without any day off, from 11 to 3am, weekends until 5am.

“There are a lot of customers, ten customers a day, and you get hurt almost all the time.

“It’s exhausting. You have people treat you like sh**. I had so many clients who treated me like an animal, I felt like a piece of meat.”

After seven years of hell, Sylvia escaped the grips of the traffickers and has now returned to Brazil, but it’s estimated that 135,000 others are still modern slaves in Britain today.

Now a specialist police unit which tracks down the traffickers have let the cameras in for the first time for a groundbreaking documentary, which airs tonight on Channel 4.

Viner funded a lavish lifestyle in Spain by trafficking women from Brazil to work in a network of brothels.

I had so many clients who treated me like an animal, I felt like a piece of meat.

The programme makers had unprecedented access to senior investigating officers and travelled with undercover surveillance cops as they watched Viner's every move and those of his associates Lezlie Davies and Rosana Gomes.

Detective Inspector Pete Brown*, who appears in the documentary, says the force agreed to the filming to help viewers understand the true nature of human trafficking.

“We all know drug dealing is a crime but a lot of trafficking takes place much more in the public eye, not just in brothels but in nail bars, car washes or the exploitation of workers in food factories,” he tells The Sun.

“There's all sorts of trafficking and slavery that the public don't see, but the victims are often walking around amongst us so we want to open their eyes a bit.”

Brothel owners on £4k a week

The case kicks off with an anonymous envelope, dropped off at a Gloucester police station, which contains accusations that Viner and Davies are running a brothel in the picturesque town of Cheltenham, along with photos, documents and sim cards.

CCTV footage revealed Viner flying in and out of the country, including on a day trip to Amsterdam where he returned with a woman of South American origin.

A delve into the bank accounts of Davies and Viner found they were raking in between £3,000 and £4,000 a week, despite having no obvious source of income.

The pair rented three penthouse flats in Cheltenham, with Viner living in number 22, Davies in 24, and the ‘girls’ staying between them in number 23.

Once there, the women were given profiles on a website – which The Sun has chosen not to name – offering ‘adult services’ to paying clients.

Women from abroad had to prove that they are in the UK by being pictured at a cultural landmark or something intrinsically British, with a copy of the day's paper in their hand before they can get a profile on the site.

Undercover officers followed Davies to London with two girls who he then photographed next to a red postbox holding a newspaper.

Police found up to 800 Brazilian women on the site at any given time, offering sex priced between £70 and £100 for half an hour, and charging extra for ‘special sexual practices’.

But much of the money flows back into the pockets of the traffickers.

Davies’ bank account was seen to have daily deposits of between £50 and £100 from a variety of women with South American names and Viner raked in £1.2 million in a year.

Raped at knifepoint and robbed

The women are also subjected to vile abuse at the hands of their clients, and often the traffickers too.

Many report being raped at knifepoint, beaten and robbed by organised crime members.

“The brothels are dirty places, dirty people. I was exposed to drugs and crime,” says Sylvia.

“Men who use brothels are not nice. They think because you’re a sex worker they can treat you bad.

“Many times I’ve been mistreated and humiliated. I felt like the clients were disgusting. I saw the worst of men and I could never trust men.

They think because you’re a sex worker they can treat you bad.

“I was robbed by men with knives, which was very traumatic and left me with Post Traumatic Stress Disorder. We’re scared all the time but they know we won't go to the police because what we're doing isn't legal.

“One time, I was working in Oxford and some guy paid for 15 minutes then he took the condom off and raped me. After he left, he was sending me texts saying ‘I have HIV’.

“He was saying horrible things to me. I had to go to hospital and take drugs for 28 days. Everytime I took them it made me feel really sad because I wanted to forget but I couldn’t.” 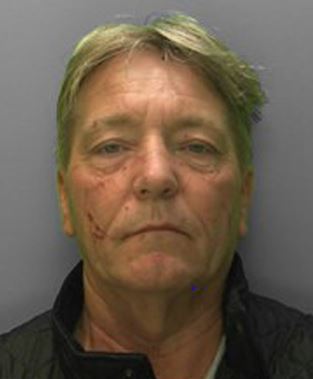 Controlled by fear of deportation

No matter how badly they are treated, the victims of trafficking are often too scared to speak up for fear of being deported.

Sylvia, who was trafficked to the UK by a female ‘madam’, says: “The people who run the houses are often people that have been sex workers themselves.

“They get old and bitter from the misery of doing it for so long, then they stop work, and they  start to manage other girls.

“They’re very controlling and I felt used by them. They took me to some very bad places. They exist to use women and abuse them, threatening us with immigration and police.”

DS Gareth Scanlon* from the safeguarding team who looks after the victims, says this fear is crucial to the traffickers’ operation.

“The fear of deportation is a major control factor for the traffickers,” he tells The Sun.

“Sometimes when we go into the brothels, the woman I'm dealing with will be shaking with fear, because she thinks she's going to get deported.

“That's part of the control mechanism and trying to breach that, and build the trust up, is a major problem for us.  But we’re there to treat them as a victim not as an offender.”

The programme offers an incredible insight into the work of covert surveillance officers, who followed Davies and Viner for months, learning their daily routines, who they met with and even what they ate for lunch every day.

Another team posed as clients to visit the brothel, reporting there were three girls at the address, including a 26-year-old who “offers various sexual services”, adding, “condoms were seen, vibrators seen and sexual conversation was had.”

As the case stacked up, the covert officers were frustrated when Viner skipped the country for Spain, with DI Brown making the decision to let him go, while more evidence was gathered.

A few months later, in December 2019, Viner was arrested in Barcelona and extradited to the UK. Faced with the overwhelming evidence against him, he pleaded guilty to two counts of human trafficking and running a brothel.

“I was pretty relieved because I'd taken a bit of a gamble, not arresting him in the summer,” says Pete.

“We had a case, but we didn't have the evidence that would have sustained a trafficking conviction. A guilty plea is unusual in a trafficking case because it is such a serious offence, and people don't admit to that unless the case is rock solid.

“But with the undercover officers telling us what was going on inside the premises, the phone records, money trail and all the technical work we did, we had such a strong case, he had nowhere to go.”

Viner, then 62, was sentenced to five years and nine months and the force is now seeking to reclaim up to £1million of his ill-gotten gains.

Davies, 61, and Gomes, 45, pleaded guilty to assisting in managing the Cheltenham brothel and both received 12-month community orders and a ten-week curfew.

“These people trade in human misery, where women are seen as a commodity and a means of making a lot of money,” says Pete.

“Mark Viner lured them here with the promise of a better life but we know from the women we spoke to that it is in fact a very dark world.

“We can’t let vulnerable people be put into dangerous situations. These are lives being ruined. We have to stop this and the way you do that is to take out people like Mark Viner.”

Sylvia, who now lives in Brazil after being deported, has given up sex work. She says Viner’s wealth, exposed in the documentary, sickens her.

“Traffickers like Viner are disgusting,” she says. “It makes me very angry and upset to see how wealthy he was when he was arrested, on money gained from people’s worst nightmares.

“He should have been sent to prison for longer."

*Names have been changed 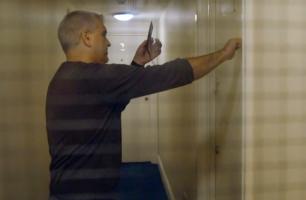 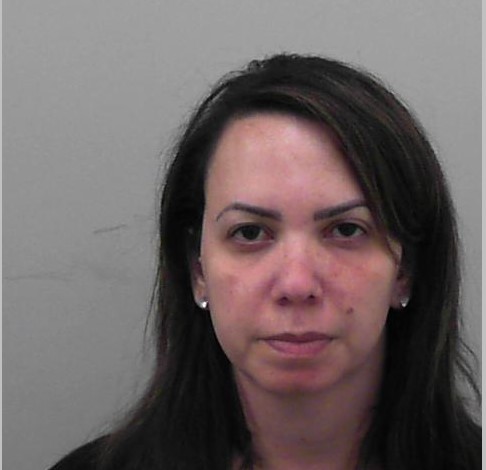 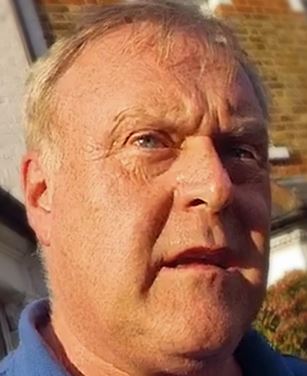