Home » World News » ‘If we need to shed blood so be it’: COVID-19 restrictions class action lawyer goes off script

The lawyer at the centre of a host of unfulfilled class actions against coronavirus restrictions described the judiciary as corrupt and called for a revolution that may end in bloodshed at an anti-lockdown rally in Melbourne last month.

Serene Teffaha has been drumming up clients for a catch-all class action that includes people affected by any form of detention, mandatory vaccination, business closures, residential aged care isolation, cross border rules, contact tracing, compulsory testing and masks and various other measures put in place to control the spread of coronavirus. She has raised at least $500,000 since May, but is yet to file any class actions. 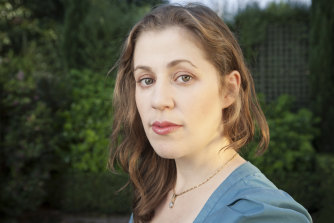 "We will keep calling them all out until there's a revolution on the streets and if we need to shed blood for peace, then so be it."

Ms Teffaha said she has more than 2000 clients, each of whom must give a minimum upfront payment of $250. The money was being held in a trust, she said, and she had not yet paid herself for her work.

However, she said she was not required to hold in trust monies donated by people who had not signed a costs agreement.

Ms Teffaha has become the target of anti-scamming activists including "Lucky Lance" Simon, a convicted criminal-cum-comedian married to Melbourne gangland lawyer Zarah Garde-Wilson, whose early scepticism about some coronavirus claims has been replaced by a crusade against those who seek to profit from it.

Mr Simon started by skewering the anti-coronavirus groups who sought to enlist his support, including the libertarian Facebook group Reignite Democracy Australia and right-wing activist Avi Yemeni, who has raised close to $500,000 through crowdfunding for a constitutional challenge against the lockdown.

Mr Simon encouraged his followers to report Mr Yemeni to the Australian Competition and Consumer Commission for deceptive and misleading conduct. Mr Yemeni reported Mr Simon to the police for making a death threat against him in a comedy skit. The matter was thrown out.

Mr Simon said he had been contacted by many people who had donated to Ms Teffaha's class action and were concerned that nothing had happened yet. The rally footage has been sent to the Victorian Legal Services Board.

"Nothing she says makes sense, but she's a champion of the people because she's a lawyer," he said. "If someone like Serene Teffaha calls lawyers corrupt, people believe her and there's a huge attitude in society that the judges are all against us and I don't think that's helpful."

The Legal Services Board is prevented under the legislation from confirming whether a complaint has been received.

Ms Teffaha said she planned to file the "detention towers" class action this week, followed by the national class action and a COVID-19 vaccine challenge once it had been approved by the Therapeutic Goods Administration.

She said her use of the term "blood on the streets" was not meant to be taken literally, but referred to the expression coined by Baron Rothschild and intended as a plea for people to go against the crowd.

"My speech was a protest speech and was impassioned, which is not my usual demeanour," she said.

"I was not referring to all judges as corrupt but specifically the Family Court of Australia has many corruption issues with people taking children and forcing them to go with the perpetrator parent — I am doing an action on that."