A MCDONALD'S worker has revealed how they make drinks look full even when they're half empty.

In a viral TikTok video, a user wrote that their manager asked staff to shake the drinks to make them look fuller. 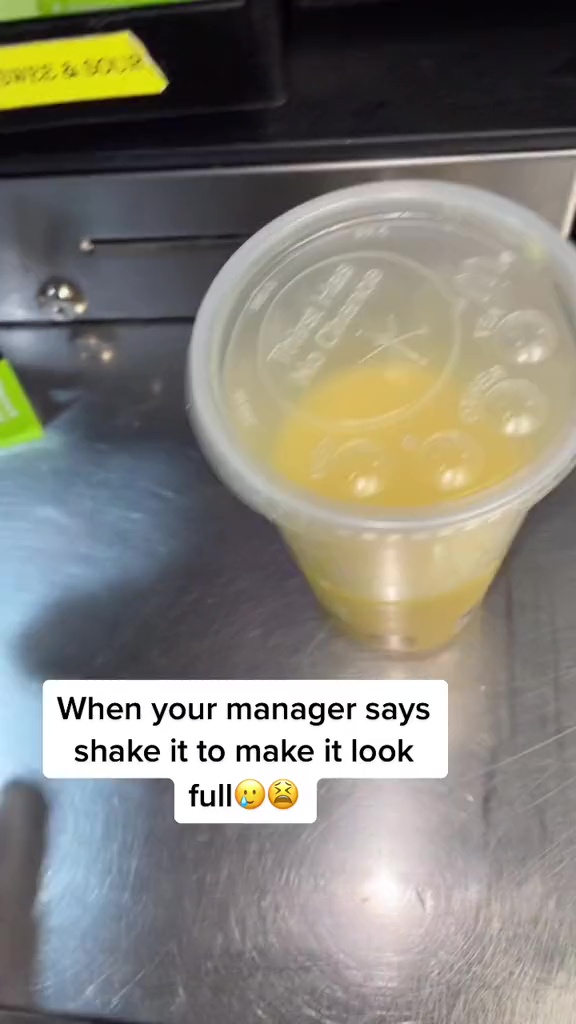 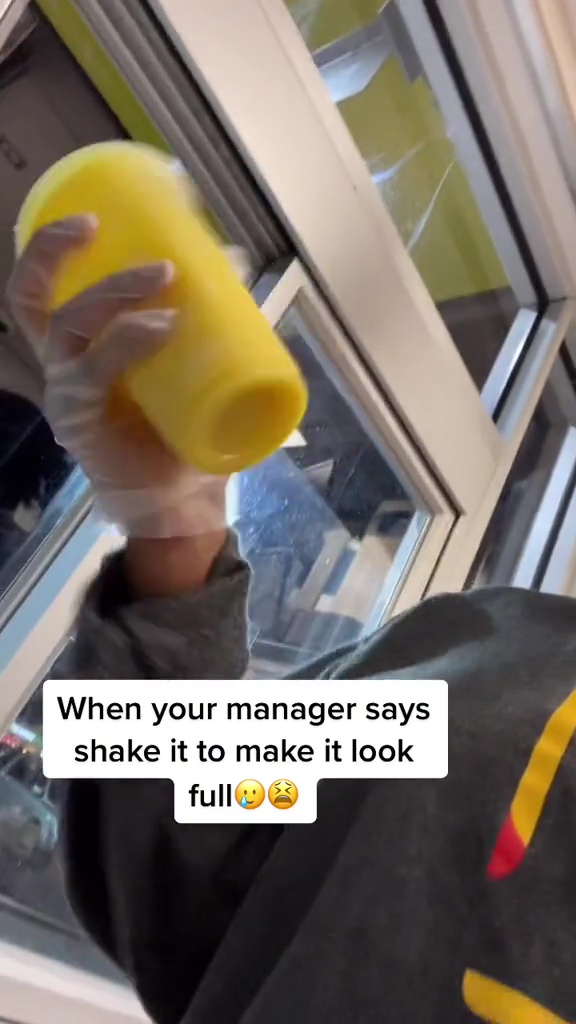 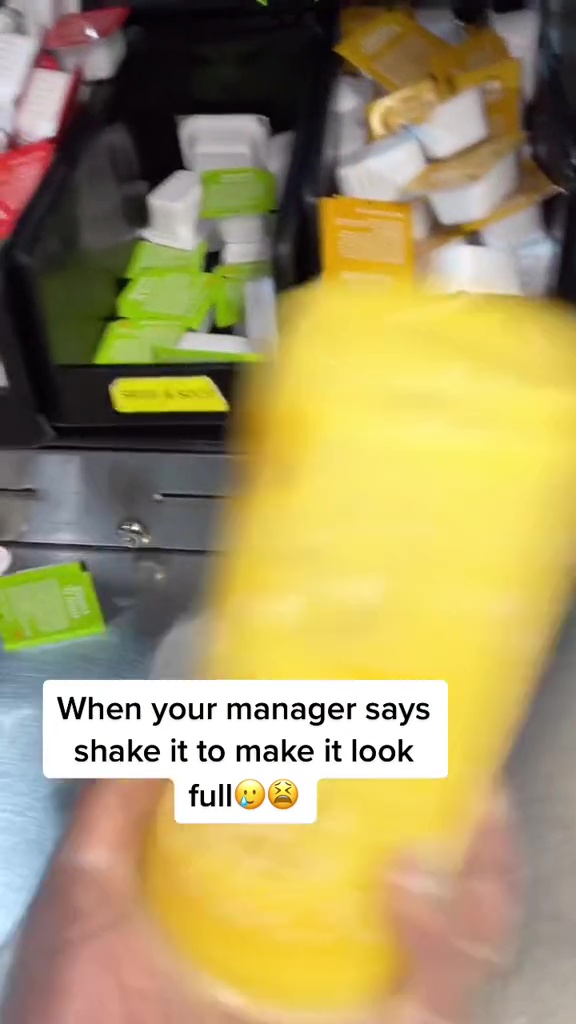 The caption read: “When your manager says to shake it to make the drink look full,” user @nnennaaaaa6 wrote.

The worker then shakes the drink so it appears to cover the sides of the cup.

“Especially when it’s busy,” she captioned the video.

With over 4.4 million views, the video sparked outrage.

“If yall did that to me yall getting cussed out,” another said.

“I don’t get [why] yall be so stingy…it’s not even coming out of your paycheck…I worked to make money to pay you…” a third wrote.

Many questioned why the worker couldn’t just fill the cup all the way.

“Is this not a greater waste of time,” another said.

Dear Boris, fix things or admit being PM is too much for you, Yours Piers

MY NIGHT WITH GREALISH

Jack invited me to a party night thriller at villa, says Towie Chloe

However, one user aimed to answer others’ questions. “It’s an automatic machine. We can’t control that it doesn’t fill up all the way,” they claimed.

Some said they will now start checking how full their drinks are as a result of the TikTok.

“[You’re] gonna give everyone trust issues now have them checking EVERY drink,” another said.

For others, the video prompted discussion of expectations of fast-food workers.

“This is why people don’t respect fast food workers :(,” one user said.

In another video, also posted by the same user, she showed what workers do when customers ask for their drinks to filled up.

And she takes a half-filled ice drink and fills it to the top which just more ice.

It comes as CCTV showed a woman in Florida screaming atMcDonald's staff – and cops now say they want to arrest her.

The furious customer hurled her food through a drive-thru window after her coupon was rejected.

Miramar Police Department are offering a reward to anyone with information so that they can arrest her for battery.