‘I’m ashamed to be a Tory,’ says Remainer Dominic Grieve as rebels accuse the Prime Minister of caving to Conservative Eurosceptics

Tory Remainers reacted angrily last night after Mrs May ‘caved in’ to Cabinet Eurosceptics by ruling out a long delay to Brexit.

Dominic Grieve, who has led the efforts in Parliament to frustrate Brexit, suggested he and his colleagues had been outmanoeuvred.

The sight of Mrs May ruling out a long delay to Brexit at Prime Minister’s Questions yesterday was ‘the worst moment I have experienced since I came into the Commons’, he said. 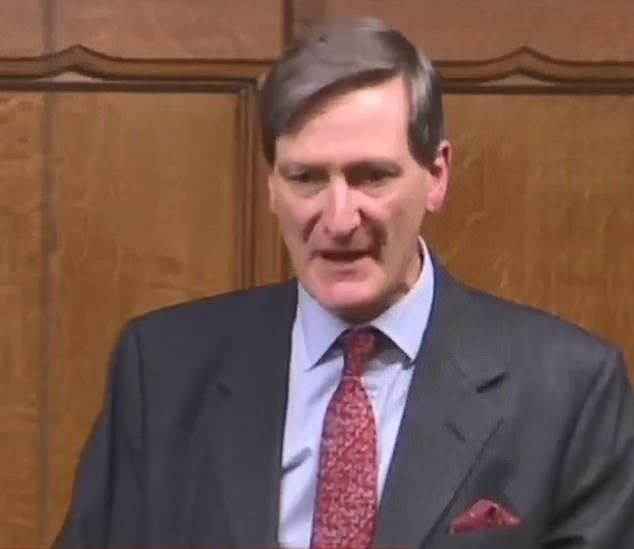 Dominic Grieve, pictured, who has led the efforts in Parliament to frustrate Brexit, suggested he and his colleagues had been outmanoeuvred

In an emotional speech to MPs, the former attorney general said: ‘I have never felt more ashamed to be a member of the Conservative Party or to be asked to lend her support. She spent most of her time castigating the House for its misconduct.

‘At no stage did she pause to consider whether it is, in fact, the way she is leading this Government that might be contributing to the situation.’

He added that while he had ‘great sympathy’ for the Prime Minister and the position she finds herself in: ‘I could have wept – wept to see her reduced to these straits and wept to see the extent she was simply zigzagging all over the place rather than standing up for what the national interest must be.’

Unless Mrs May ‘at the 11th hour and 59th minute’ changes her choice of her deal or No Deal ‘we are going to spiral down into oblivion and the worst part of it all is that we will deserve it’, Mr Grieve said

The MP for Beaconsfield said the ‘underlying integrity which one hopes one will continue to see from Government even in difficult circumstances now seems to be fast running out and that troubles me very much’.

He spoke of a wider pattern of the ‘complete disintegration’ of collective responsibility in Government, adding: ‘We have ministers coming to the despatch box and saying entirely contradictory things.

Leading Remainer ministers including Amber Rudd, Greg Clark and David Gauke, who had spoken out in favour of a long delay at Tuesday’s Cabinet meeting, were given no advance warning of Mrs May’s decision to ignore their advice.

One senior Remainer said she had ‘surrendered’ to Eurosceptics who had warned that a long delay would break the Conservative Party. 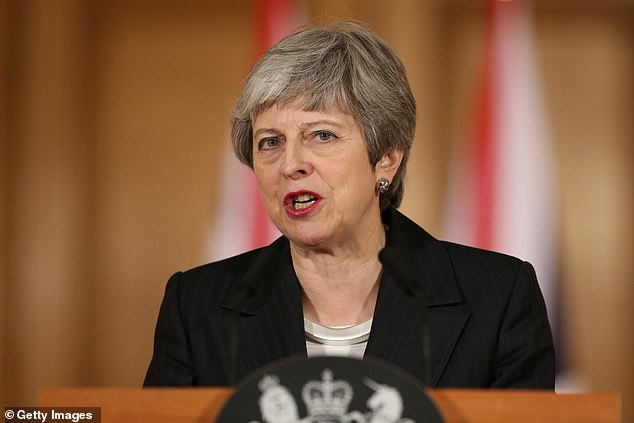 The minister said that in doing so she had wrecked her own strategy of trying to pile pressure on hardline Brexiteers by threatening them with the prospect that the UK might never leave.

‘This is the move that ensures she stays in No 10, avoiding decision,’ the minister said.

‘It will not work as a strategy for getting the deal through. This is not what Parliament voted for last week. At Cabinet she was making the case for a long delay, then we wake up to hear she’s ruling it out – it’s obvious she’s been got at.’ A second minister said: ‘I’m not happy to put it mildly. The PM has caved in to the ERG (European Research Group) and created a huge risk to the integrity of the UK and the prosperity of the economy as no deal gets closer.’

Another minister said the Government should revoke Article 50 – effectively cancelling Brexit – rather than giving in to the hardliners.

‘I can’t stand them – they are poisoning us,’ he said.

Miss Rudd sent a message round the WhatsApp group of Remainer ministers known as the ‘hairshirt club’, urging them to keep their powder dry. A source said it was ‘not the day to rock the boat’. But one member of the 20-strong grouping told the Mail he was ready to resign next week in order to vote for backbench plans to allow Parliament to take control of the Brexit process.

Former Tory leader Iain Duncan Smith, a key ERG member, said that even if a short delay were agreed, it effectively gave diehard Remainers only until April 11 to thwart Brexit. That is the date by which the UK would have to agree to take part in the elections to the European Parliament in order for the EU to contemplate a longer Brexit delay.

‘Time is running out for the Remainers,’ Mr Duncan Smith warned.