London: Britain’s opposition has pledged to abolish the “indefensible” House of Lords if it forms government at the next general election, arguing that political reform will address the concerns of Brexit voters and Scottish nationalists.

Labour leader Sir Keir Starmer said on Monday he wanted to scrap the centuries-old upper house in favour of an elected second chamber “as quickly as possible”, but has stopped short of guaranteeing it would form part of his policy agenda at the next poll, due by January 2025. 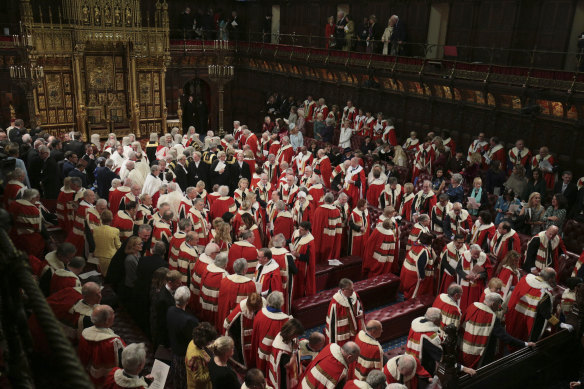 The unelected members of the House of Lords technically have the power to block legislation.Credit:PA

The proposal was one of 40 recommendations made in a constitutional review written by Gordon Brown, the former UK prime minister. Launching his report in Leeds, Brown vowed that a Labour government would “ditch a century of centralisation” by handing more power to the devolved governments of Scotland, Wales and Northern Ireland and to English mayors.

Starmer said devolving power to local areas to grow the economy was “the single most important thing” for an incoming Labour government to achieve.

He promised to carry out “the biggest ever transfer of power from Westminster to the British people” if he wins the next election.

“I think anyone who looks at the House of Lords would struggle to say that it should be kept,” Starmer told the BBC on Monday. “So we want to abolish the House of Lords and replace it with an elected chamber that has a really strong mission.”

“I’m very keen that all of the recommendations in the report are carried out as quickly as possible,” he said, adding the proposals could be implemented within five years of a Labour administration.

Established in the 13th century, there are currently around 800 Members of the House of Lords, mostly “life peers” who are appointed by the Queen on the advice of the prime minister.

Members who are nominated by political parties are vetted by an appointment commission, which is an independent public body before they are accepted into the House of Lords. The commission also puts forward recommendations for non-political nominees. 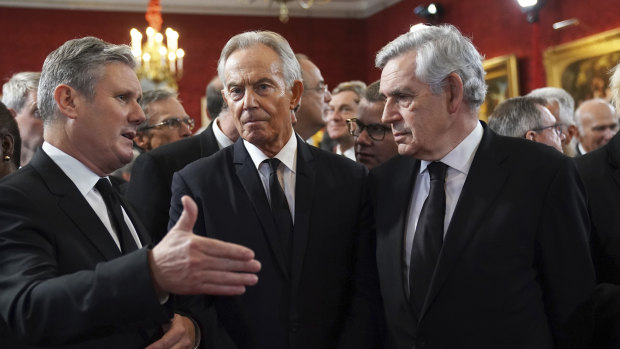 As well as life peers there are 92 hereditary peers, although their place in the Lords is no longer an automatic birthright following the House of Lords Act 1999. There are also 26 bishops and archbishops of the Church of England, who are known as the Lords Spiritual.

Brown’s proposals for an elected chamber involve setting up a “new, democratically legitimate second chamber” which would be called the “Assembly of the Nations and Regions”. Its role would be to safeguard the UK constitution, and it would have as few as 200 members — compared to four times that in the Lords.

Labour holds more than a 20-point lead over the Conservatives in opinion polls, but Starmer’s approval ratings have fallen overall since August, and several in the party are calling on him to do more to set out his plans.

The proposals are aimed at appealing to former Labour voters who switched to the Conservatives in the so-called “red wall” in England at the 2019 general election and who help blunt support for independence in Scotland and Wales.

The report, commissioned two years ago, include proposals for cleaning up Westminster involving new powers to clamp down on outside earnings for MPs, laws to eliminate foreign money from UK politics and a new anti-corruption commissioner to “root out criminal behaviour” in British political life.

Juries of ordinary citizens would review the arrangements governing MPs’ ethics to ensure they were functioning effectively.

Attempts to reform the upper house a decade ago by the Conservative-Liberal Democrat coalition government led by Tory prime minister David Cameron were dropped after running into resistance from within his own party.

Brown, who was chancellor under Tony Blair who led Labour as prime minister until his 2010 loss, said the reforms would give Scots who wanted constitutional change an alternative to independence. Thousands of civil service jobs could be transferred from London to Scotland, with Brown saying the report would name 12 agencies that could be moved north.