QINGDAO, China (Reuters) – Warships from India, Australia and several other nations arrived in the eastern Chinese port city of Qingdao on Sunday to attend a naval parade, part of a goodwill visit as China extends the hand of friendship despite regional tensions and suspicions. 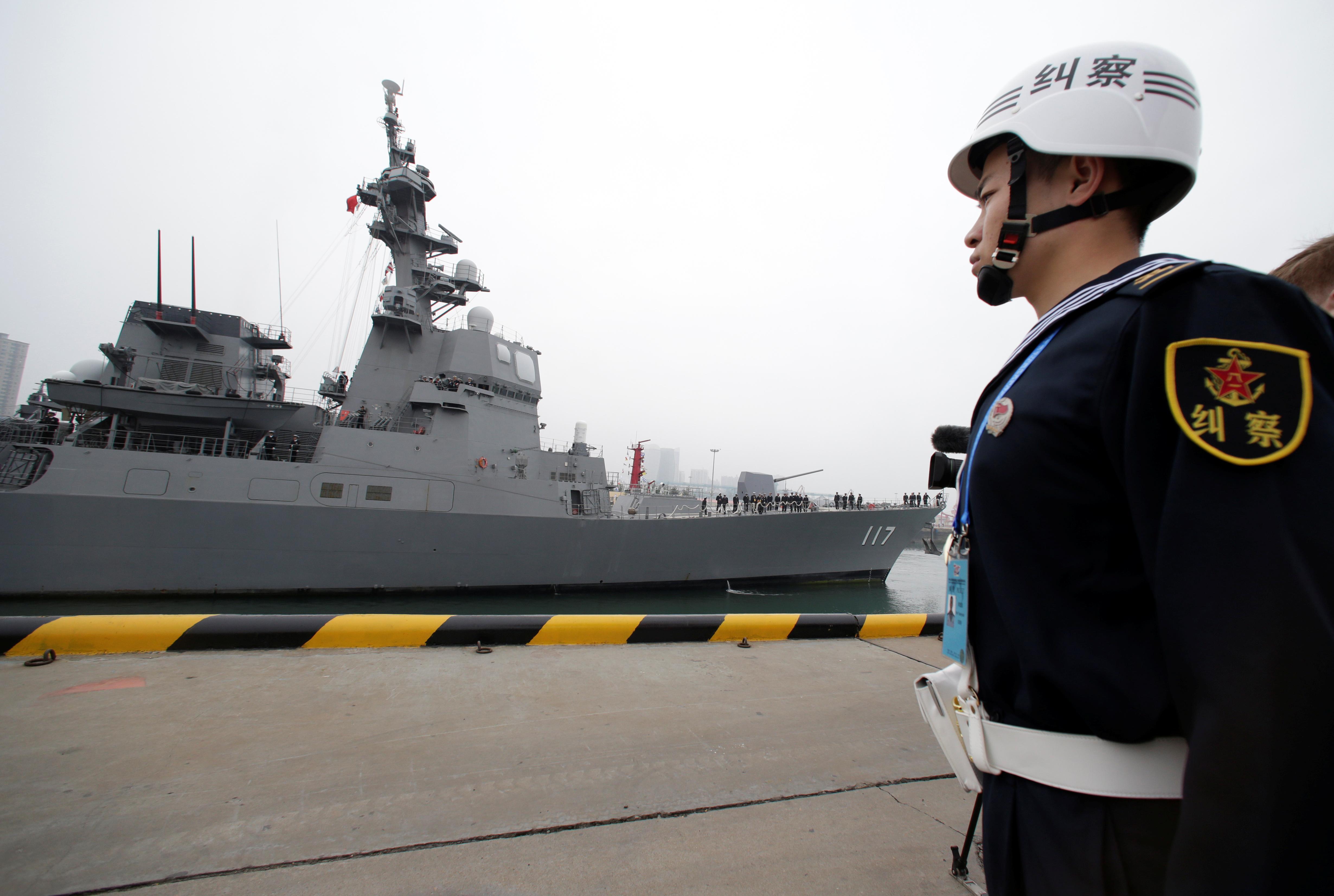 China on Tuesday will mark 70 years since the founding of the People’s Liberation Army Navy, where it will show off new warships including nuclear submarines and destroyers at a major review in the waters off Qingdao.

China says warships from about a dozen nations are also taking part – one diplomatic source with direct knowledge said it was 13 countries in total – and the PLA is putting its best foot forward to welcome them.

India, which has been at odds with China over their disputed land border and Beijing’s support for India’s regional rival Pakistan, has sent stealth guided-missile destroyer the “INS Kolkata” to take part, along with a supply ship.

“We bring to you one of the best ships that we have made. It is the pride of the nation and the navy, and we are very happy to be here,” Captain Aditya Hara told reporters on the dockside after disembarking from the ship in Qingdao.

A source familiar with the situation told Reuters the “Kolkata” had sailed through the Taiwan Strait to get to Qingdao, a sensitive waterway that separates China from self-ruled Taiwan, claimed by Beijing as sacred Chinese territory.

“We headed on a direct route and we are very happy that we were facilitated by the PLA Navy and they ensured that we had a safe passage to Qingdao,” Hara said, when asked if they had sailed via the Taiwan Strait.

Australia, a close U.S. ally, has sent the “HMAS Melbourne” guided-missile frigate to Qingdao, though officials declined to make the captain available for interview.

China and Australia have sparred over Australian suspicions of Chinese interference in the country’s politics and Australia’s banning of China’s Huawei Technologies Co Ltd from supplying equipment for its planned 5G broadband network.

Japan has also sent a destroyer to Qingdao, in the first visit of a Japanese navy ship to China since 2011, according to Japanese media.

Ties between China and Japan, the world’s second and third-largest economies, have been plagued by a long-running territorial dispute over a cluster of East China Sea islets and suspicion in China about Japanese Prime Minister Shinzo Abe’s efforts to amend Japan’s pacifist constitution.

But they have sought to improve relations more recently, with Abe visiting Beijing in October, when both countries pledged to forge closer ties and signed a broad range of agreements including a $30 billion currency swap pact.

The other countries taking part include China’s close friend Russia, and three countries which have sparred with China over competing claims in the disputed South China Sea: Vietnam, Malaysia and the Philippines.

Pakistan, a very close Chinese ally, is not on the list of countries officials have provided which are sending ships to the parade.