Praise for India’s ‘commitment to democracy and diversity’ draws attention to treatment of minorities by his government.

Delivering the opening speech at the World Economic Forum (WEF) in Davos, Indian leader Narendra Modi has warned that globalisation is under threat.

Modi told delegates at the Swiss resort on Tuesday that “forces of protectionism are raising their heads” against international trade and commerce.

“Bilateral and multilateral trade negotiations have come to a kind of standstill,” he said.

Modi, the first Indian prime minister to visit a WEF summit in more than two decades, called for reform of international institutions, continued commitment to a rules-based world order and greater focus on inclusivity in the global economy during his address.

The focus of this year’s edition of the annual Davos meeting is on Creating a Shared Future in a Fractured World, according to the Geneva-based foundation’s website.

Modi praised India, home to some 1.2 billion people, for its commitment to democracy and diversity.

“For a society with diverse religions, cultures, languages, attires and cuisines, democracy is not just a political system but a way of living,” he said, adding that inclusion is the “main principle” of his government.

Modi’s record has come under scrutiny for his ruling Hindu-nationalist BJP’s treatment of India’s religious minorities.

India’s Muslim and the Christian communities accuse BJP supporters of targeting them since Modi led the party to victory in the 2014 parliamentary elections and formed the central government.

Kenneth Roth, executive director of international rights group Human Rights Watch, has accused Modi of failing to address the “growing populist intolerance and exclusion” occurring in a number of countries worldwide, including India.

“PM Modi says India believes in ‘linking people’, ‘not dividing them’, treating them as ‘one family’. That’s the opposite of the Hindu nationalists who support him and whom he tolerates,” Roth said in a post on Twitter during Modi’s speech.

Other attendees suggested that Modi was serving up “Davos speak”, shorthand for words that do not necessarily translate into any action.

Critics of the Davos summits suggest the annual WEF meeting serves as little more than a “talking shop” for the global elite. 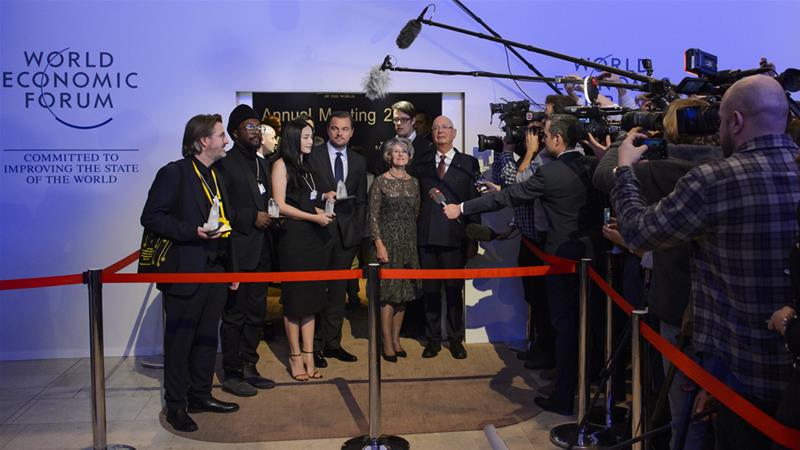 US Election 2020: Biden ‘under pressure’ to suspend campaign as Trump succumbs to COVID-19

Restaurants will be banned from keeping tips intended for staff