Home » World News » Is Starbucks' apple crisp macchiato vegan and how many calories are in it?

The drink will be joining the Pumpkin Spice latte and Pumpkin Cream Cold Brew the fall menu this year, which will return to cafes in the US and Canada on Tuesday. 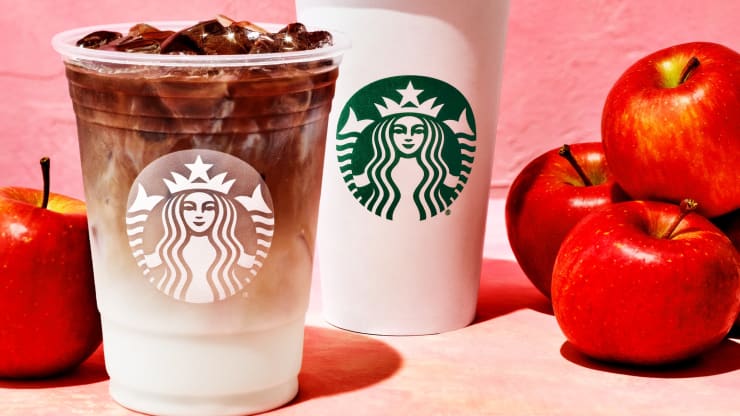 What is Starbucks' Apple Crisp Macchiato?

The macchiato is basically an espresso with a splash of milk foam on top and has a mainstay on Starbucks’ menu for more than four decades.

The latest version is made with apple and brown sugar flavors and topped with a caramelized apple drizzle, which is made using apple puree.

Customers can have the apple crisp macchiato either hot or iced.

Starbucks themselves describe their new beverage as smelling and tasting “like fall, with an aroma like fresh-baked apple crisp”.

Yes is the answer!

The base of the drink is whole milk but customers have the option of substituting it with soy or almond milk.

How many calories are in Starbucks' Apple Crisp Macchiato?

A hot grande Apple Crisp Macchiato made with 2 per cent milk and three pumps of apple brown sugar syrup comes in at 300 calories with only 60 calories from fat.

The iced version has 280 calories.

What have fans said?

People sharing their thoughts on Twitter with some taken by the new flavour and others less so.

“The new apple crisp macchiato at Starbucks is delicious. And vegan if you get it with plant-based milk!”

Another added: “If you like apple pie, your gonna love the new Apple Crisp Macchiato.”

For one person “the apple crisp macchiato from Starbucks is everything I needed in life and more”.

Others though were less complimentary with some comparing in unfavourably to the spiced pumpkin latte.

“Apple Crisp macchiato: 0/10 YUCK,” said one woman while another comment read: “Starbucks has outdone itself in creating a nasty fall beverage. Apple crisp macchiato? No. Just no.”