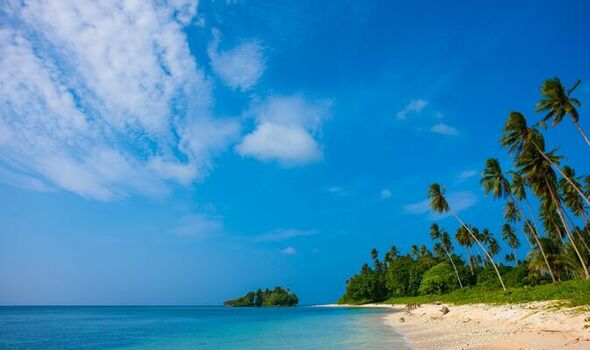 At least 30 people have been killed and 15 are missing after a bloody tribal battle in Papua New Guinea’s remote Trobriand Islands — nicknamed the “islands of love”. Many other people were seriously injured in machete attacks that exploded on Monday on the islands, which are just off the country’s east coast. Local officials said the violence was the result of an ongoing dispute between two villages, that began at a football match two months ago over the country’s general election in July. Post-Courier, a Papua New Guinea-based newspaper reported that the country’s deputy opposition leader, Douglas Tomuriesa, who represents the Trobriand islands – confirmed the death toll of 30.

Monday’s violence started when villagers from Kuboma destroyed yam gardens in their rival village Kulumata, it has been reported.

It was reported that women and children fled the scene and left the men from both villages to fight.

He said that villagers attacked a government office yesterday, adding that “things got out of hand and police and “even church elders could not contain the fight and we recorded 30 deaths and many injured.”

Following the attacks, a team of police from Port Moresby,  the nation’s capital were deployed to contain the situation.

Peter Tsiamalili Jnr, the internal security minister said on Tuesday: “The team of police deployed today to the island have been instructed to contain and maintain order in the area, provide leadership on the ground and help start the peace process.”

The Post-Courier described the mass killings in the “Islands of Love” as being “truly horrific” and said that the death toll was the highest “for the wholesale, bloodthirsty slaughter of innocent civilians” in the country’s ongoing tribal wars.

A local told The Guardian it was “frightening to see such violence on their island”.

She said: “Tribal fighting has always been part of our lives and culture, but normally when someone got killed, the fighting stopped, they cease fire and start the traditional process of dealing with the death, and they don’t just continue fighting like this.”

“The Kulumata and the Kuboma people are all related to each other and it is heartbreaking for us as mothers, sisters, daughters to watch our people fight amongst themselves like this.”

The woman added that the violence was horrific, stating: “We ran away with our children, they will not harm women and children but it was just too frightening to watch so we ran away.”

Speaking to a New Zealand Radio station on Wednesday, Nelson Tauyuwada, a provincial government official said the villagers were using “short crowbars, stones, wooden metal bush knives… anything that they could injure the opponents.”

He added: “I think at the moment the fighting has stopped. The two communities have gone into their respective grounds to sort themselves out first, maybe bury their dead.”

Papua New Guinea is one of the world’s most ethnically and linguistically diverse nations, with more than 800 indigenous languages.

However, stabilising the country – which gained independence from Australia in 1975 – has been difficult as the country grapples with tribal violence and corruption.

During this year’s election campaign, which saw prime minister, James Marape, re-elected to govern the nation of nine million, 28 deaths were reported.

This was lower than the 70 deaths during the 2017 election campaign.

The UN said allegations of ballot theft and tampering and poor organisations and underlying clan rivalries, fueled instability during the election.