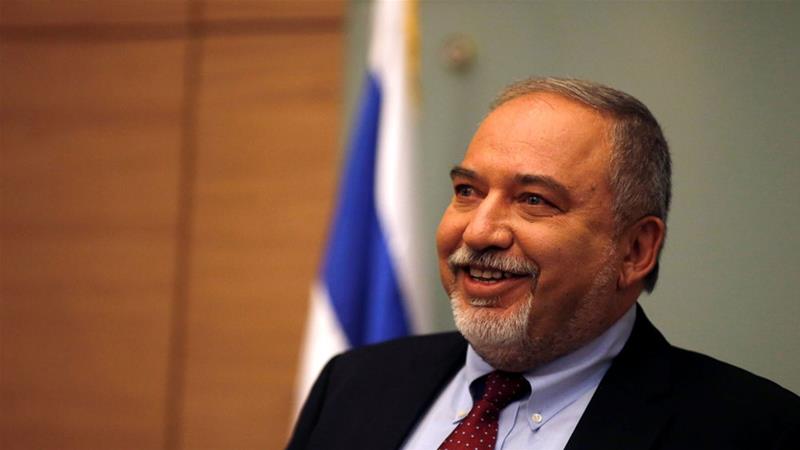 Israeli Defence Minister Avigdor Lieberman announced on Wednesday that he was resigning from Prime Minister Benjamin Netanyahu’s government in protest against a Gaza truce.

Announcing his decision, which takes effect 48 hours after he puts it in writing, Lieberman deemed Tuesday’s Egyptian-mediated ceasefire with Hamas in Gaza “a capitulation to terror”.

“Despite the difference in opinion, I tried to stay a faithful member of the government for as long as possible … but it has failed,” Lieberman said.

“From my point of view there are two critical points that made it impossible for me to carry,” he added, referring to $15m that Qatar send to the Gaza Strip to pay out salaries to Palestinians, many of whom had not been paid for months.

“The $15m dollar that went into the Gaza Strip taken in suitcases from Qatar … what would happen with the money after it has gone across the border, it’s not clear at all. … It went to the families of the terrorists who fought on the border with Israeli soldiers throwing grenades.

“These families are the first who are going to receive part of this $15m – in other words we are … giving terrorists money,” Lieberman said.

“The second point is regarding the ceasefire … I understand all of the reasons and all of the information [behind the decision], but I would not be able to look in the eyes of the people … who are within the range of Hamas, who are taken prisoners by Hamas. Hamas has to understand that nobody should go close to the frontier.”