The charges include bribery, fraud and breach of trust, raising further uncertainty over the political future of a country heading towards an unprecedented third election in less than a year.

Mr Netanyahu has denied wrongdoing in three corruption cases and – in Donald Trump style – has previously dismissed the investigations into him as a “witch hunt”. 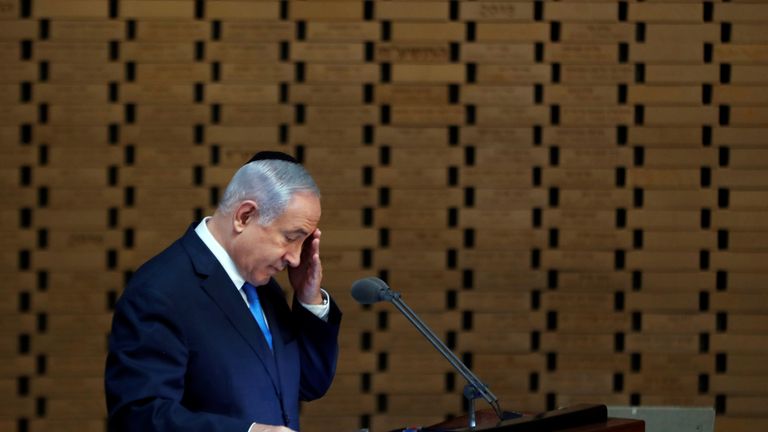 The allegations include suspicions that he accepted hundreds of thousands of pounds’ worth of champagne and cigars from billionaire friends – and offered to trade favours with a newspaper publisher.

He has also been accused of using his influence to help a wealthy telecoms magnate in exchange for favourable coverage on a popular news site.

The 70-year-old, who has been prime minister since 2009, is under no obligation to resign after being charged and is due to make a statement later.

He is under pressure to step down, with opposition leader Benny Gantz declaring that he has “no public or moral mandate to make fateful decisions for the state of Israel”.

Mr Netanyahu had become more vulnerable to indictment because of his failure to form a government after a trio of public votes, with opposition leader Benny Gantz also unable to secure a coalition.

The current situation is that the Israeli parliament has less than three weeks to nominate any of its 120 lawmakers to try and establish a coalition, otherwise another election will be triggered within 90 days. 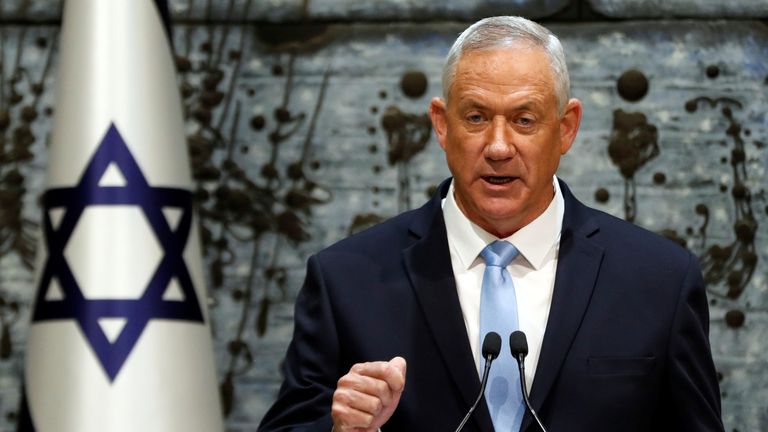 Despite his failure in ballots in April and September, Mr Netanyahu remains leader of the Likud party.

He is the longest-serving leader in Israeli history, having first served from June 1996 until July 1999 and started his second tenure back in March 2009.

The prime minister has sought to cast his rival Mr Gantz as a novice not up to the task of running the country, and has failed in repeated bids to have him agree to form a government of national unity.

President Reuven Rivlin had proposed a “rotation” agreement between the pair, in which Mr Netanyahu would take a leave of absence as prime minister should he be indicted.

One potential kingmaker, Avigdor Lieberman, declined to back either of them as the latest deadline neared, likely condemning the country to yet another election.

Wikileaks' Assange in court ahead of U.S. extradition hearing next week

Pedestrian dies after being hit by truck in Richmond Hill, police say