Home » World News » Israeli targeted killings in Gaza and beyond: A timeline

The latest Israeli killing fits a pattern of targeted assassinations of Hamas commanders and affiliates. 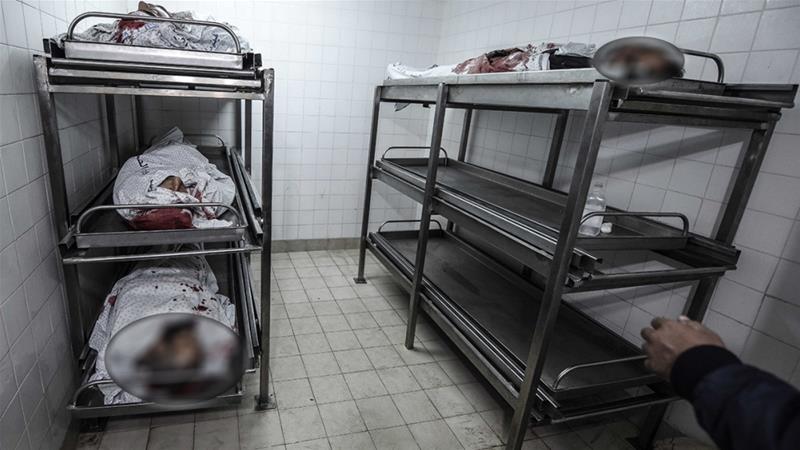 Israeli forces killed at least seven Palestinians, including a high-ranking Hamas official, in the besieged Gaza Strip late on Sunday in a ground operation that is expected to significantly boost tensions.

The rare ground incursion, which was followed by Israeli air attacks on the enclave, met rocket fire from the strip.

An Israeli soldier was killed when an exchange of fire erupted during the operation, the Israeli army said.

Among those killed in Gaza was Nour Baraka, a senior Hamas official, the group said, after the Israeli special forces team infiltrated an area near the southern city of Khan Younis in a civilian vehicle, the group added.

The killing was one of many assassinations carried out by Israel that targeted not only Hamas members, but also individuals affiliated to other groups including the Islamic Jihad movement, the Popular Front for the Liberation of Palestine (PFLP), and Fatah – the ruling party in the occupied West Bank.

Mossad, Israel’s intelligence agency, has been accused of several high-profile killings involving Palestinians around the world dating back to the 1950s, although Israel has consistently denied the accusations.

The latest killing fits a pattern of targeted assassinations of individual Hamas commanders and members of affiliated groups.

One of a handful of failed attempts targeted Khaled Meshaal, a Palestinian political leader who was the former head of Hamas’ political bureau.

Here is a timeline of key assassinations targeting Palestinian military commanders and individuals with ties to Hamas, the group that governs the Gaza Strip.

A Palestinian scholar and scientist, Fadi al-Batsh was shot dead by two assailants in a drive-by shooting in the Malaysian capital, Kuala Lumpur.

The 35-year-old, a Hamas member originally from Jabalia in the Gaza Strip, died on April 21, 2018, and was a relative of a senior official in the Gaza branch of the Islamic Jihad movement. His family accused Mossad of carrying out the killing.

Mazen Fuqaha, originally from Tubas in the West Bank, was a senior commander in the al-Qassam Brigades, Hamas’ military wing. He was shot in the head and chest in his car on March 24, 2017, near his home in Gaza.

The gunmen who carried out the killing were believed to have arrived in Gaza by sea, according to local reports. Following his death, Hamas handed down death sentences to three Palestinians it ruled had taken part in what it described as an Israeli-led assassination.

Mohammed al-Zawari, a 49-year-old aviation engineer who Hamas said was a member of its drone team, was shot dead in a hail of bullets at the wheel of his car outside his home in Sfax, Tunisia on December 15, 2016, by two Bosnian nationals.

Hamas credited him with developing the Ababeel drones used against the last Israeli offensive on the Gaza Strip in the summer of 2014. Al-Zawari’s family and Hamas both accused Mossad of being behind the assassination.

The three high-ranking Hamas commanders were killed in a round of Israeli air raids on August 21, 2014, days after an attempt to kill the al-Qassam Brigades’ military chief, Mohammed Deif, failed.

While Shamaleh and Barhoum served as top commanders in southern Gaza, al-Attar headed the construction of the Gaza tunnels, and reportedly oversaw the inflow of weaponry into the strip.

A top-level operational commander in the al-Qassam Brigades, Ahmed Jaabari was killed on November 14, 2012, in an Israeli air raid during an operation targeting armed groups.

Jabari, who survived four previous assassination attempts, co-ordinated much of Hamas’s military capability, its military strategy, and the transformation of the military wing. The 52-year-old was credited developing Hamas’s military arsenal and its networks in Iran, Sudan and Lebanon.

Mahmoud al-Mabhouh served as the chief logistics and weapons procurement for the al-Qassam Brigades, was killed on January 19, 2010, in Dubai. Originally from Jabalia in Gaza, al-Mabhouh was a longtime Israeli target, according to Hamas, for his alleged involvement in the kidnapping and killing of two Israeli soldiers. Both Hamas and Dubai pinned the killing on Mossad.

On August 3, 2014, Israel’s Shin Bet – the secret police agency – killed his nephew Ahmed al-Mabhouh, who oversaw the launching of rockets from the strip.

One of Hamas’ most senior figures, Nizar Rayyan was killed on January 1, 2009. Hailing from Jabalia, the 50-year-old PhD holder served as a preacher. He was also engaged in Hamas’s negotiations with the Palestinian factions and served as one of the main political leaders of the movement.

Ahmed Yassin, 67, was an imam who founded the Hamas movement in 1987 after spending time in Egypt as a student. Yassin spent several years in Israeli prisons for allegedly forming an underground organisation and possessing weapons.

At the time, the Israeli government had openly called for his assassination, before killing him on March 22, 2014, while on his way out of a Gaza mosque.