Put a cork in it, Adolf! Italian winery that has produced HITLER wine since 1995 says it will finally stop because ‘we’re sick of the controversy’

An Italian winery that sells Adolf Hitler-themed bottles featuring an image of the Nazi dictator will stop producing them next year because they are ‘sick of the controversy’.

Vini Lunardelli, based in Friuil Venezia Giulia in the country’s northeast, has been selling a range of dictator-themed wines featuring General Franco, Josef Stalin and Lenin since 1995.

The bottles have long attracted criticism, particularly among Jewish groups who accuse the vintners of glorifying Hitler and making a mockery of his crimes. 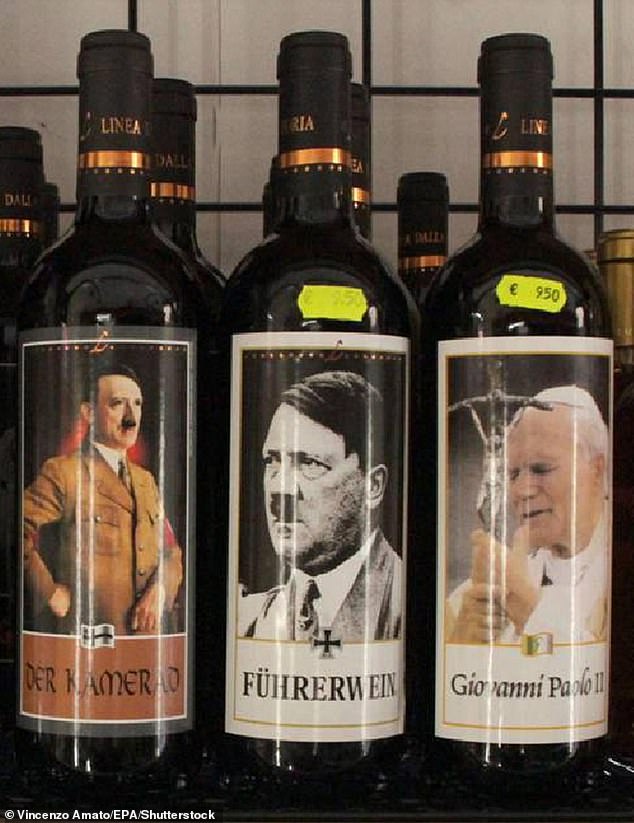 Andrea Lunardelli, who expects to take over the winery next year, said he will bring an end to the range which includes 37 different Nazi bottles featuring slogans such as ‘Sieg Heil’ and ‘Ein Volk, ein Reich, ein Führer’.

The wines are sold across more than 50 stores in Italy and can be ordered online, although they are banned in Germany and Austria because they violate laws about spreading Nazi propaganda.

The company has always claimed it is not ‘political’ and Andrea says he is ‘absolutely not a Nazi’.

But he told Vice World News: ‘Unfortunately the most requested label is Hitler – especially by Germans, but also by many British, Nordic, French and Russians. But no Italian wants Hitler.’

He said the company would discontinue the entire historical line from next year when he succeeds his father Alessandro.

Andrea said he is fed up of the controversies and believes the reaction to the bottles is overblown. 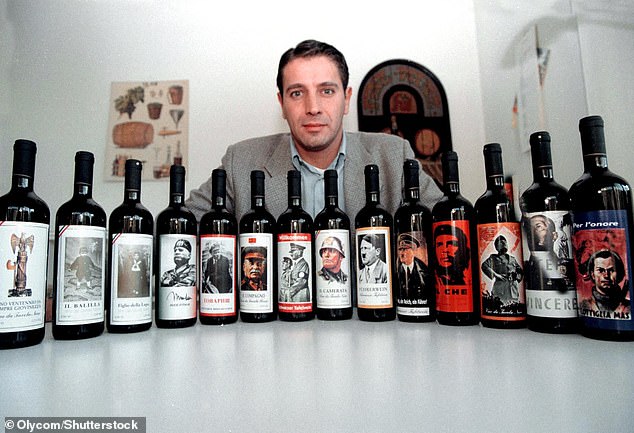 He said: ‘Whoever buys it is a collector, or remembers history, or wants nationalism against the current policies of multinationals… not against Jews.

‘Besides, Hitler was a teetotaller, so we can even say that alcohol and Hitler are a nice joke.’

Jewish groups have frequently slammed the bottles which have often alarmed tourists who spot them in European shops.

A prominent Austrian cosmetic surgeon claimed this month that tourists were travelling to Jesolo near Venice to buy the bottles which cost €8.50.

Dr Dagmar Millesi from Vienna said he was shocked to see the bottles on the shelves.

The celebrity facelift specialist told local media: ‘The store employee said Germans very much like to buy these wines, and they are clearly the big hit there.

‘The saleswoman was even amused at my outrage… nobody is angry about it, no one forbids it… I couldn’t believe it.’

Germany’s Jewish Forum for Democracy and Against Antisemitism said of the range: ‘The marketing strategy is disrespectful to all victims of the Nazi regime and their descendants.’

The Simon Wiesenthal Centre has repeatedly protested the wines which they say are being bought as collectibles by fascist sympathisers and called for a boycott.