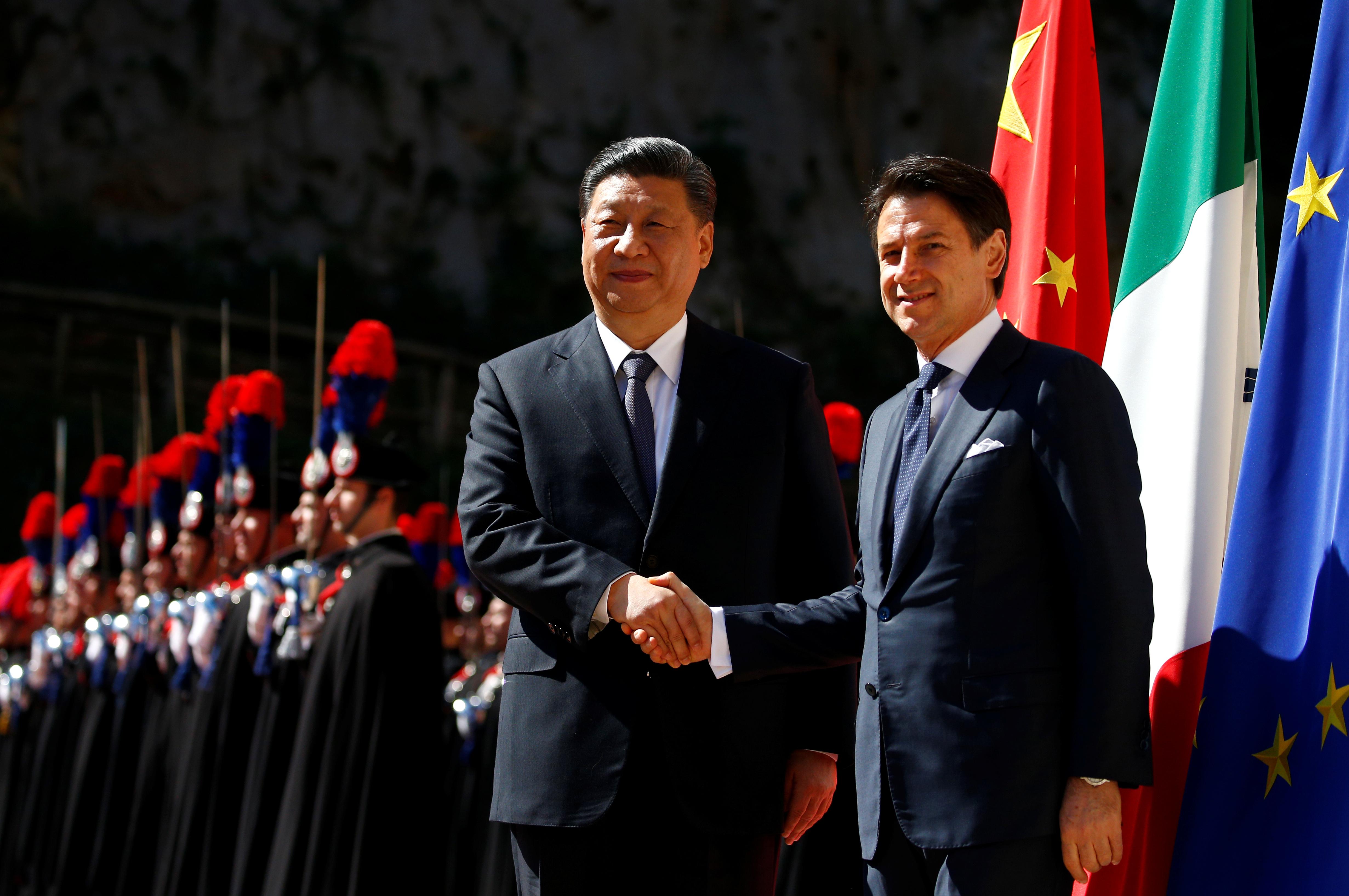 ROME (Reuters) – Italy endorsed China’s “Belt and Road” infrastructure project on Saturday, the first Group of Seven industrialized power to do so, as Rome brushed off worries among its Western allies in a bid to revive the flagging Italian economy.

The signing ceremony was the highlight of a three-day trip to Italy by Chinese President Xi Jinping, which has boosted ties between the two nations at a time when the United States is locked in a trade war with China.

The Belt and Road Initiative (BRI) is aimed at bolstering Beijing’s economic and political reach. However, critics say it is a Trojan Horse that will let China get control of sensitive technologies and critical infrastructure.

Italy’s populist government, anxious to encourage exports and investment as the economy suffers its third recession in a decade, has played down such worries and gave Xi a red-carpet welcome normally reserved for its closest allies.

Chinese and Italian firms signed 10 additional deals, including in the energy, steel and gas pipeline sectors.

Full details of the contracts were not immediately revealed, but a government source said they could potentially be worth up to 20 billion euros ($22.62 billion).

Italian media put the value at around 5 billion euros.

Deputy Prime Minister Luigi Di Maio, who also serves as industry minister, signed the Belt and Road memorandum of understanding with China’s He Lifeng, chairman of the National Development and Reform Commission.

They were flanked by Xi and Italian Prime Minister Giuseppe Conte. The Chinese president is due to fly to the Sicilian city Palermo later on Saturday for a private visit before heading to Monte Carlo and then France on Sunday.