The Ministry of Health has issued its maximum warning for Florence, Rome, Perugia, Brescia, Bolzano and Rieti as the heatwave takes its hold on the continent. On Thursday the heat will intensify and another ten cities will be put on red alert, including Naples, Bari, Verona, Milan, Turin, Bologna, Frosinone, Viterbo and Latina. Meteorologists predict record heat in the North-West, even higher than recorded temperatures in the summer of 2003, as the “most intense heatwave in a decade” is underway.

In the next 48 hours temperatures will reach 42C in Piedmont, particularly between Asti, Alessandria and Vercelli.

Peaks of 39 to 40C are also expected in Lombardy and Emilia Romagna, especially in the cities of Milan, Pavia, Cremona, Lodi, Bergamo, Florence, Rome, Como, Varese, Mantua, Piacenza, Parma, Reggio Emilia, Modena, Bologna and Ferrara, as well as in the valleys of Trentino Alto Adige and Val d’Aosta.

The health ministry is suggesting army doctors might be required to in case of a shortage of medics. 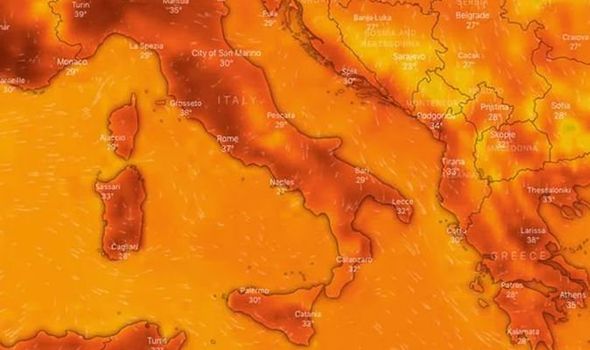 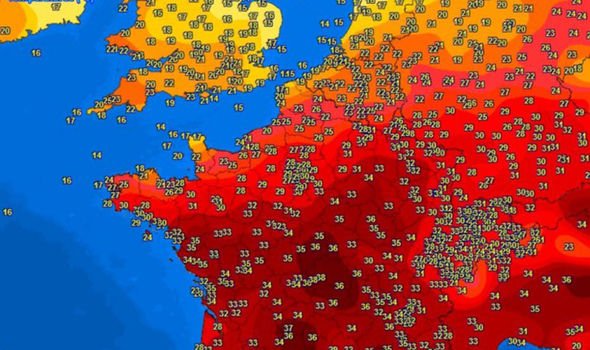 The scorching temperatures are expected to break temperature records for June across Italian cities the days that come.

In Italy, the most intense heatwave in a decade is underway and hospitals are preparing to be hit by a surge of heat-related illnesses.

France, Germany and Spain are also bracing for temperatures to soar, with medical teams on standby for an increase in heat-related calls.

The scorching heatwave, which has been called “el Infierno”, meaning “hell”, by one Spanish meteorologist is due to hot air from the Sahara, a storm stalling over the Atlantic and high pressure over central Europe. 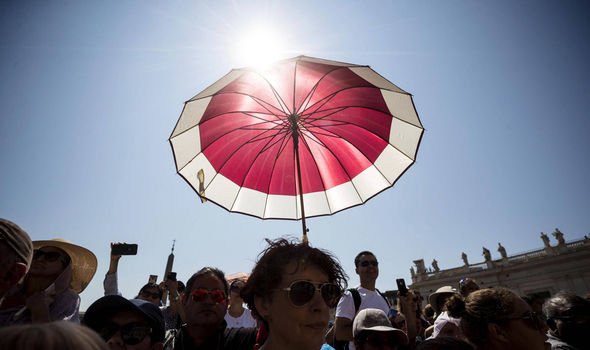 Accompanying the heat, high humidity could make the temperature feel more like 47C according to experts.

Tourists in Rome have been spotted cooling off in fountains and grabbing ice cream as temperatures reach boiling point.

The Italian Red Cross has activated a toll-free number 800-065501 for anyone who needs support, assistance and advice, operating 24 hours a day.

Girl, 12, reveals she ‘died for two minutes’ after coronavirus triggered an agonizing heart condition – The Sun