Singapore: What’s in a name? When it comes to Taiwan and China, a lot.

Australia’s links with the disputed island under its “One China policy” are so delicate that Taiwan’s de facto embassy in Canberra is carefully titled the Taipei Economic and Cultural Office in Australia. 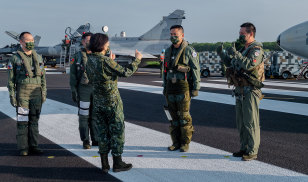 But with Australia and the United States on Friday proclaiming an intention to deepen ties with Taiwan, while neither country officially recognises it as a nation, a leading Taiwanese official would like to put a name change on the agenda.

“How to name our friends’ offices in Taiwan and our representative offices in other countries, it does matter. It is important to us,” Wang Ting-yu, the co-chair of Taiwan’s parliamentary Foreign Affairs and Defence Committee, told The Sydney Morning Herald and The Age.

“Maybe between Taiwan and Australia we can start from this.

“We do feel concern from your government. Taiwan and Australia … I believe our two countries have the same national interest. Recently, our economic relationship and our unofficial political engagement have been much stronger than before.

“And I think for the near future, maybe we can move further to make these two countries closer.” 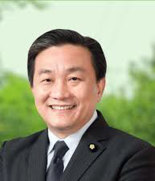 Australia has not had formal ties with Taiwan since it began official relations with China in 1972 and even just the re-naming of an office, while symbolically important to Taiwan, would not come without a fierce response from Beijing, which has vowed to reunite the island with mainland China, by force if necessary, by 2049.

When Lithuania in July permitted the opening of a “Taiwanese Representative Office”, Xi Jinping’s regime reacted with fury, ordering the Lithuanian ambassador out of Beijing in retaliation as well as withdrawing its own envoy from Vilnius and slapping trade sanctions on the small Baltic state.

Japan, Taiwan’s former colonial master, made the move in 2017, rebranding Taiwan’s outpost in Tokyo the Taiwan-Japanese Communication Association, triggering an objection from China.

Beijing, which regards the island as a breakaway province, also this week warned the US against renaming Taiwan’s office, after the UK’s Financial Times reported that the Biden administration was considering such a move.

There has been no announcement by the US on the subject but there were significant references to Taiwan in a joint Australia-US statement on Friday following the AUSMIN meeting in Washington DC between Foreign Minister Marise Payne and Defence Minister Peter Dutton and US Secretary of State Antony Blinken and US Defence Secretary Lloyd Austin.

“The secretaries and ministers re-emphasised Taiwan’s important role in the Indo-Pacific region,” the statement said.

“Both sides stated their intent to strengthen ties with Taiwan, which is a leading democracy and a critical partner for both countries. The principals emphasised their support for Taiwan’s meaningful participation in international organisations, as a member where statehood is not a prerequisite and as an observer or guest where statehood is a prerequisite for membership.”

Taiwan was also mentioned in last year’s AUSMIN statement. On Friday, though, the rhetoric was stronger and the timing, coming only 24 hours after the unveiling of the AUKUS pact and Australia’s nuclear-powered submarine plans, gave it additional weight.

As Taiwan itself beefed up its security capabilities this week – announcing an $11.9 billion increase in its defence budget to counter the “severe threat” from China – Wang welcomed the new alliance between Australia, the US and UK.

“In the Indo-Pacific we all worry about Chinese miscalculation, especially the [People’s Liberation Army]. They are too cocky, too confident. They believe they can conquer everyone,” he said.

“But one missed launched missile or one battleship or coast guard clashing in the ocean may cause serious trouble to this region.”

Wang argues China does not yet have the capacity to invade or occupy Taiwan, whose armed forces conducted drills over five days this week simulating an attack.

But the superpower has intensified its intimidation by flying fighter jets into the island’s airspace and deploying grey zone tactics to apply further pressure.

In a future where Australia has a fleet of nuclear-propelled submarines at its disposal, they would technically be able to spend weeks at a time without detection in the Taiwan Strait.

“We believe Australia will play an important role in the Indo-Pacific region,” Wang said.

“This kind of alliance can send a signal towards China’s government that ‘We all stand together, don’t miscalculate your capability’.

“Those kinds of miscalculations will cause tragedy to China itself.“

Australia’s Department of Foreign Affairs and Trade was contacted about whether it would consider a proposal to include Taiwan as part of the name of the island’s office in Canberra.

Woman screams in terror when pet rodent attacks her hairpiece