JANUARY could see a "severe peak" in Covid-19 cases, a Sage scientist has warned.

It comes after "concerning" Christmas shopping scenes this weekend, as thousands of people crowded onto Britain's high streets to buy gifts. 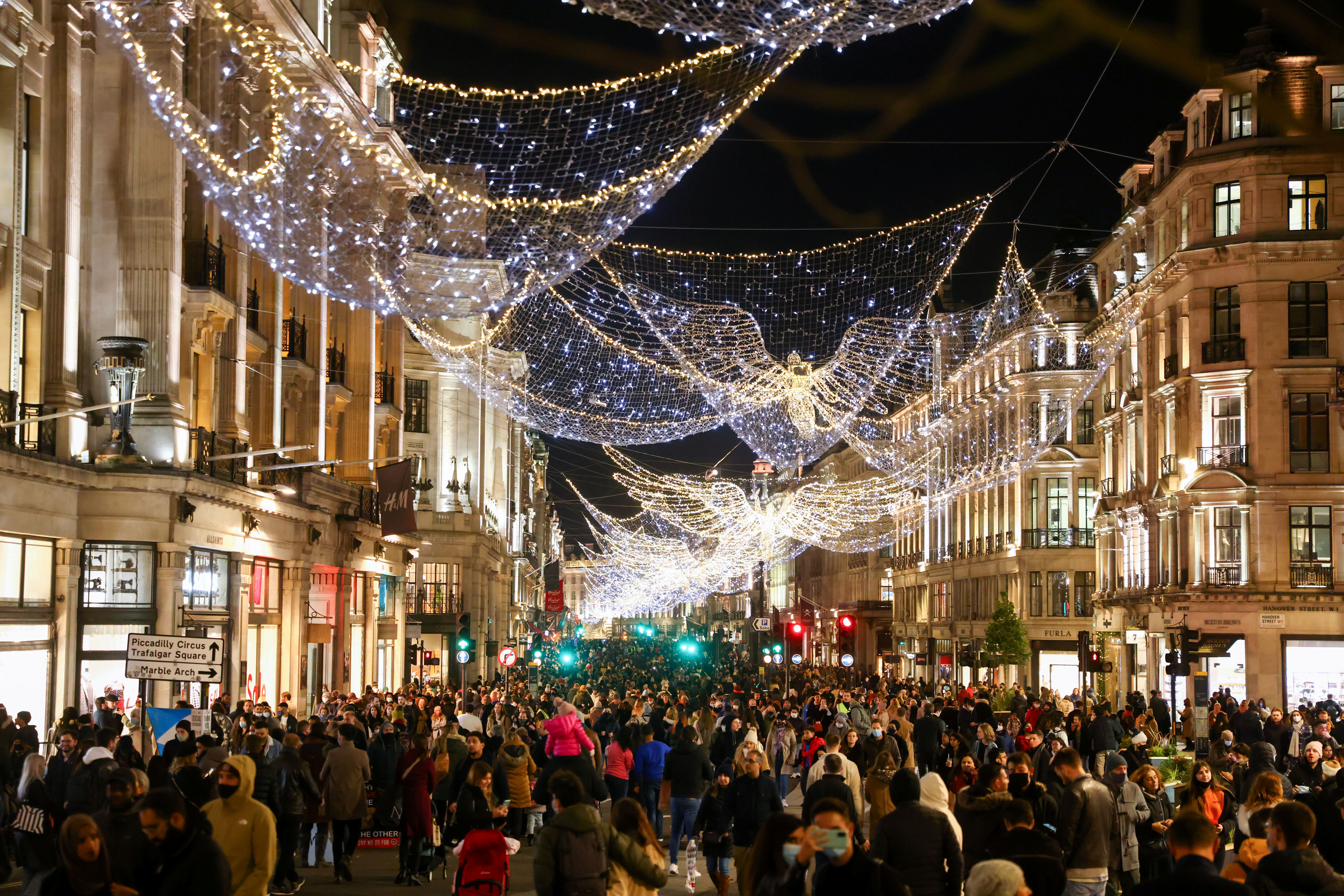 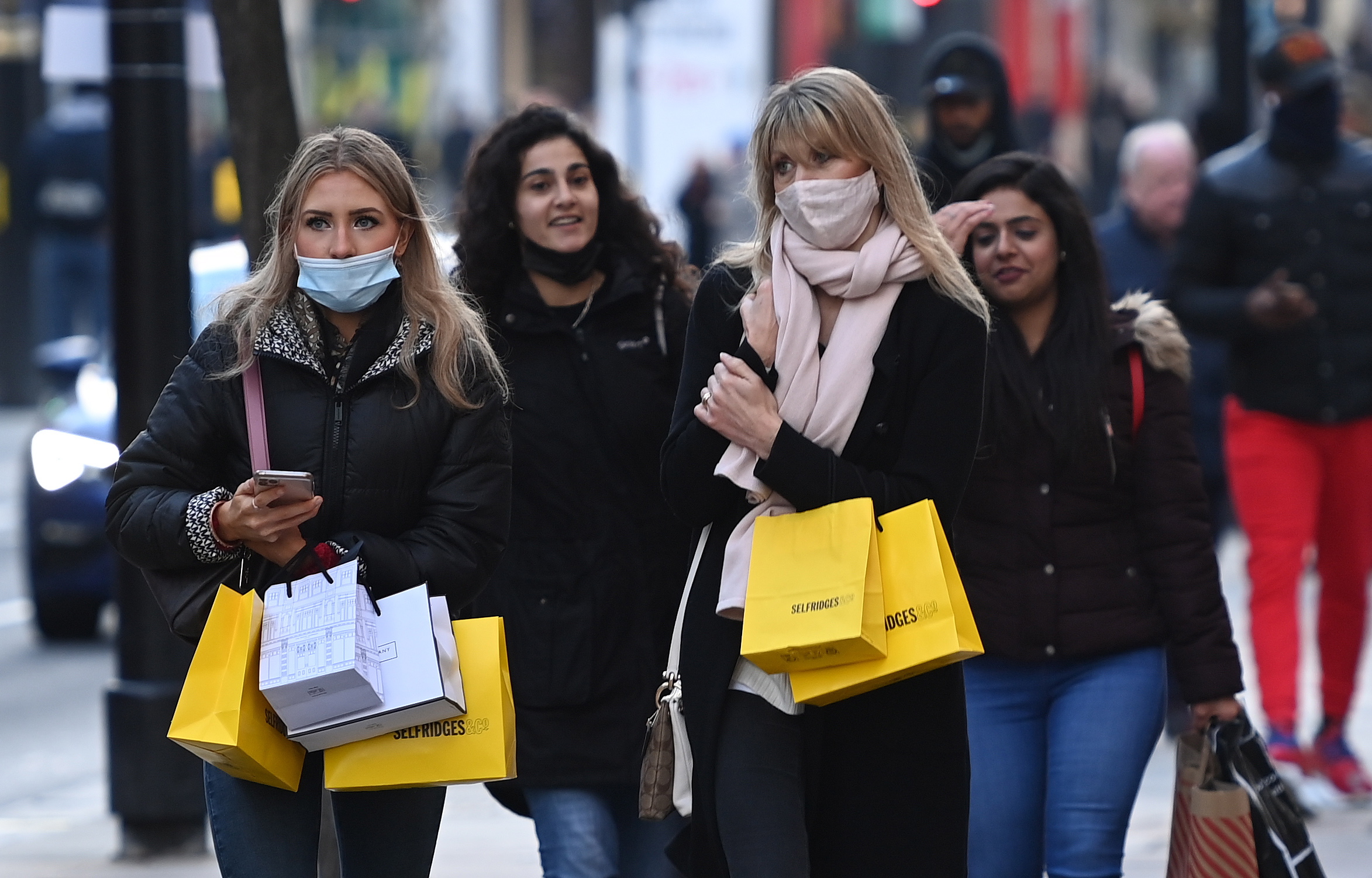 Andrew Hayward, professor of infectious disease epidemiology at University College London (UCL) and a member of the Scientific Advisory Group for Emergencies (Sage), warned against "taking out foot off the pedal" in the coming weeks.

Speaking on BBC Radio 4's Today programme, he said is “concerned” about scenes of crowded shopping streets and centres.

He said: “We still have the winter to get through, which is likely to be the time that is most favourable for Covid transmission.

“We could still see very severe peak, particularly in January is when I predict that would be most likely, if we take our foot off the pedal on this.

“And that would be so sad, considering we’re going to be in a stage where we can protect the most vulnerable during December, January, February and start to get back to normal in late Spring, early summer."

James Cleverly, Foreign Office minister, has also said the pictures of crowded shopping streets at the weekend was "frustrating".

"The vaccine, without a doubt, is a light at the end of the tunnel, but ultimately we still have to exercise personal responsibility,” he told Sky News.

With just three weekends until Christmas day,thousands of people hit the high street in England on the first Saturday since the second national lockdown was lifted.

Hordes of people could be seen filling up town centres in places such as York, Colchester and Bournemouth, which are under Tier 2 restrictions stopping families and friends from mixing indoors.

Town and city centres, including those in Manchester and Nottingham, which are in Tier 3 and ban seeing loved ones at all, were also busy.

Queues formed along London’s Oxford Street and Regent Street as shoppers made the most of the relaxed Covid-19 restrictions under the new tiering system, which came into force on Wednesday. 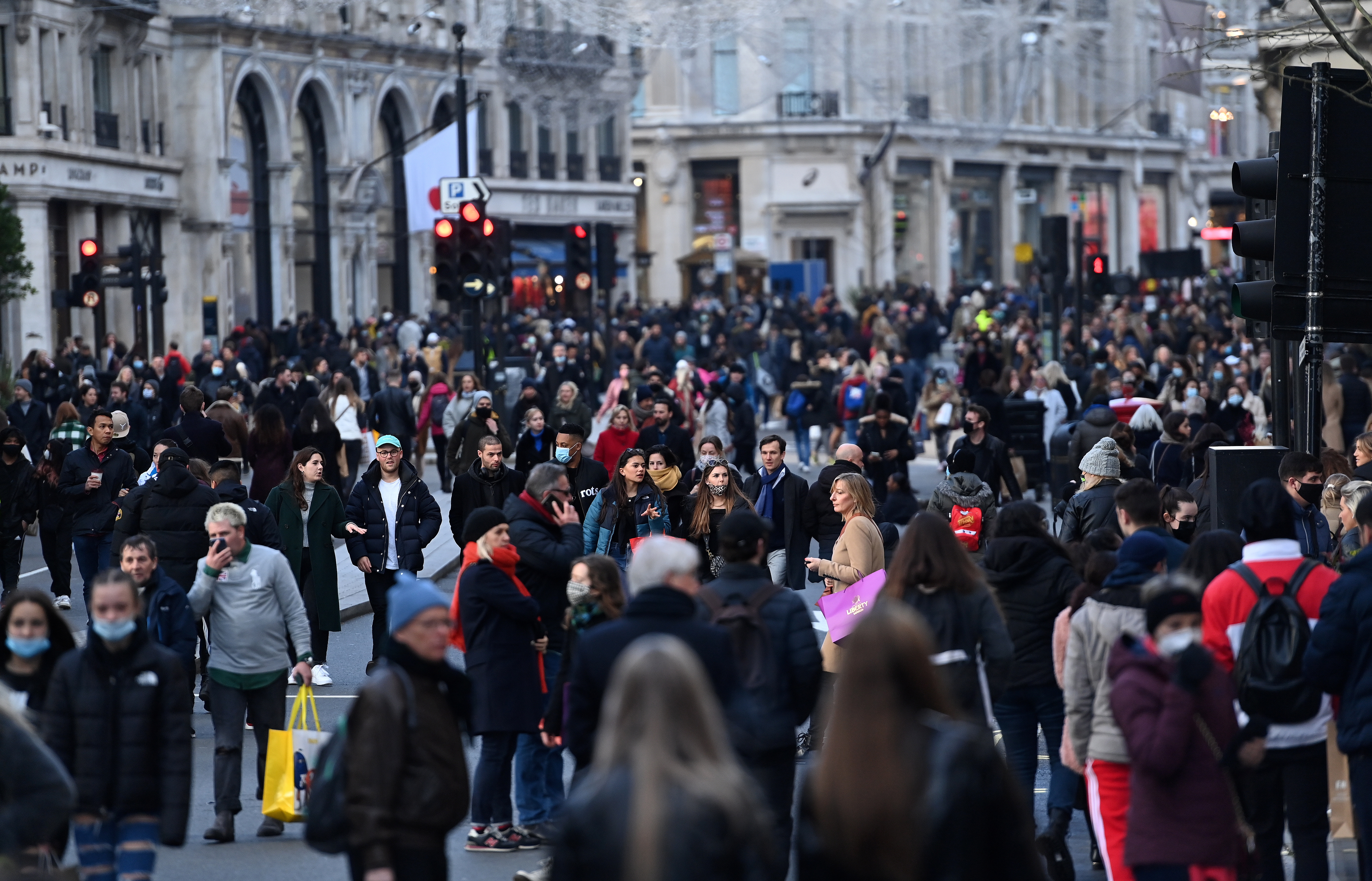 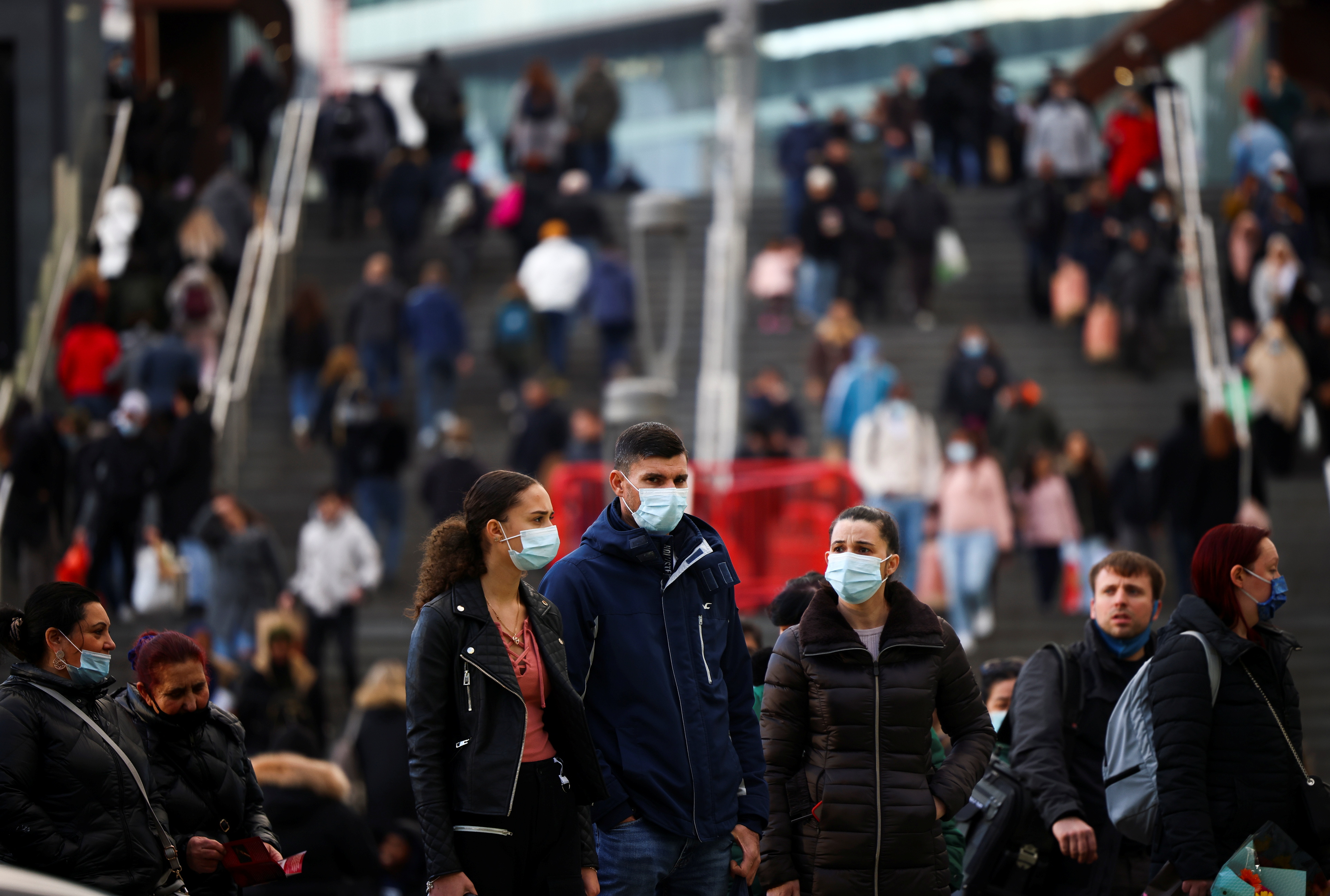 The Christmas market in Nottingham became so packed police officers had to intervene.

The popular shopping spot, organised by the events firm Mellors Group, has now been forced to shut for the rest of the year amid criticism over the lack of social distancing.

In a joint statement with Nottingham City Council, Mellors Group said: “Plans were in place to control access to help manage the number of people entering the site at any one time and to continually monitor this throughout Saturday.

“However, numbers were too large to implement these effectively.” 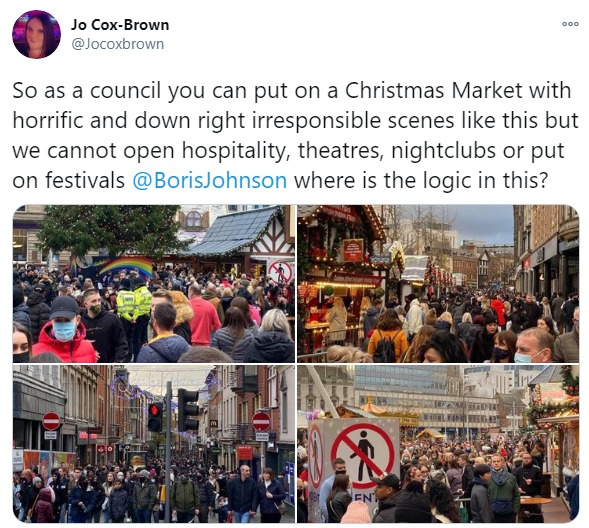 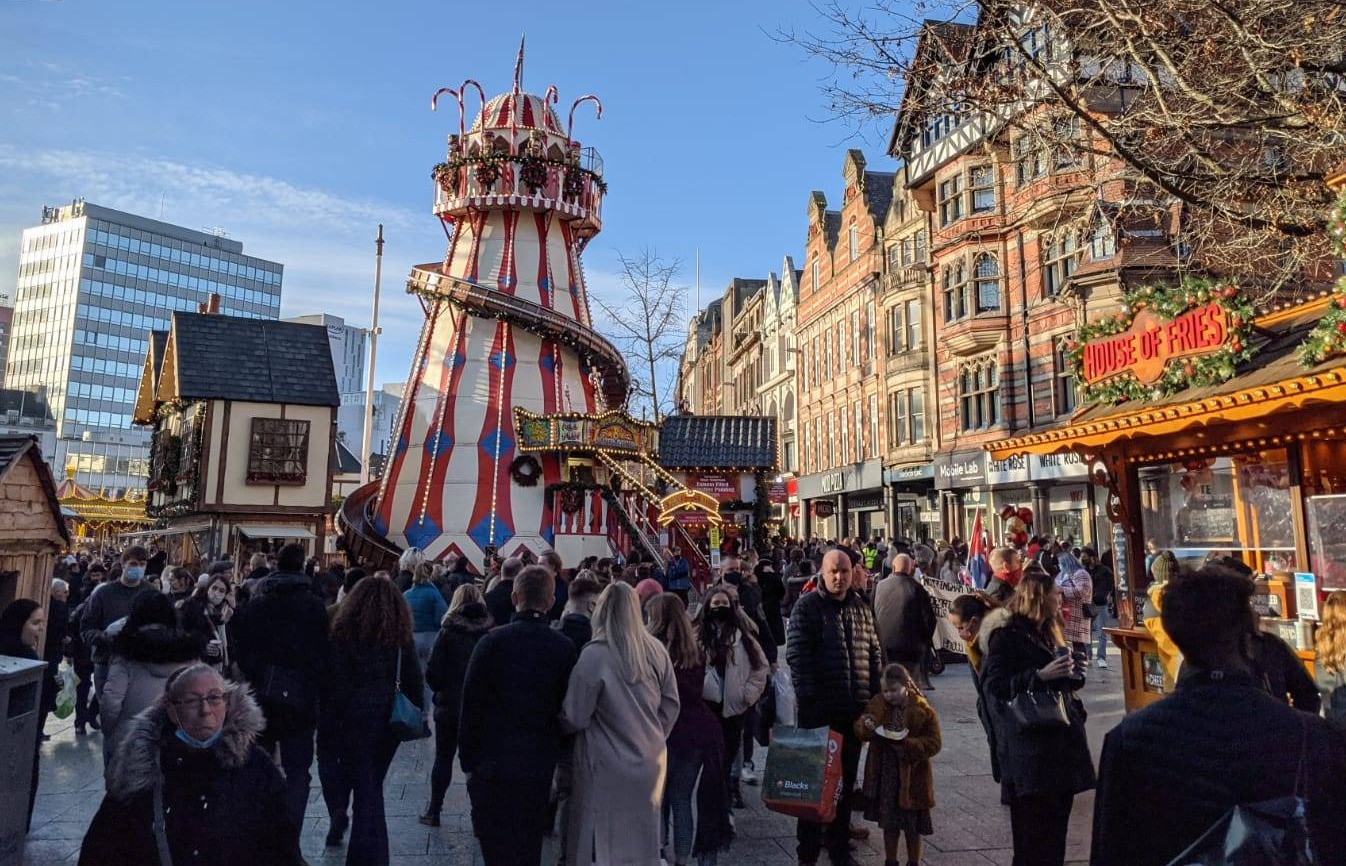 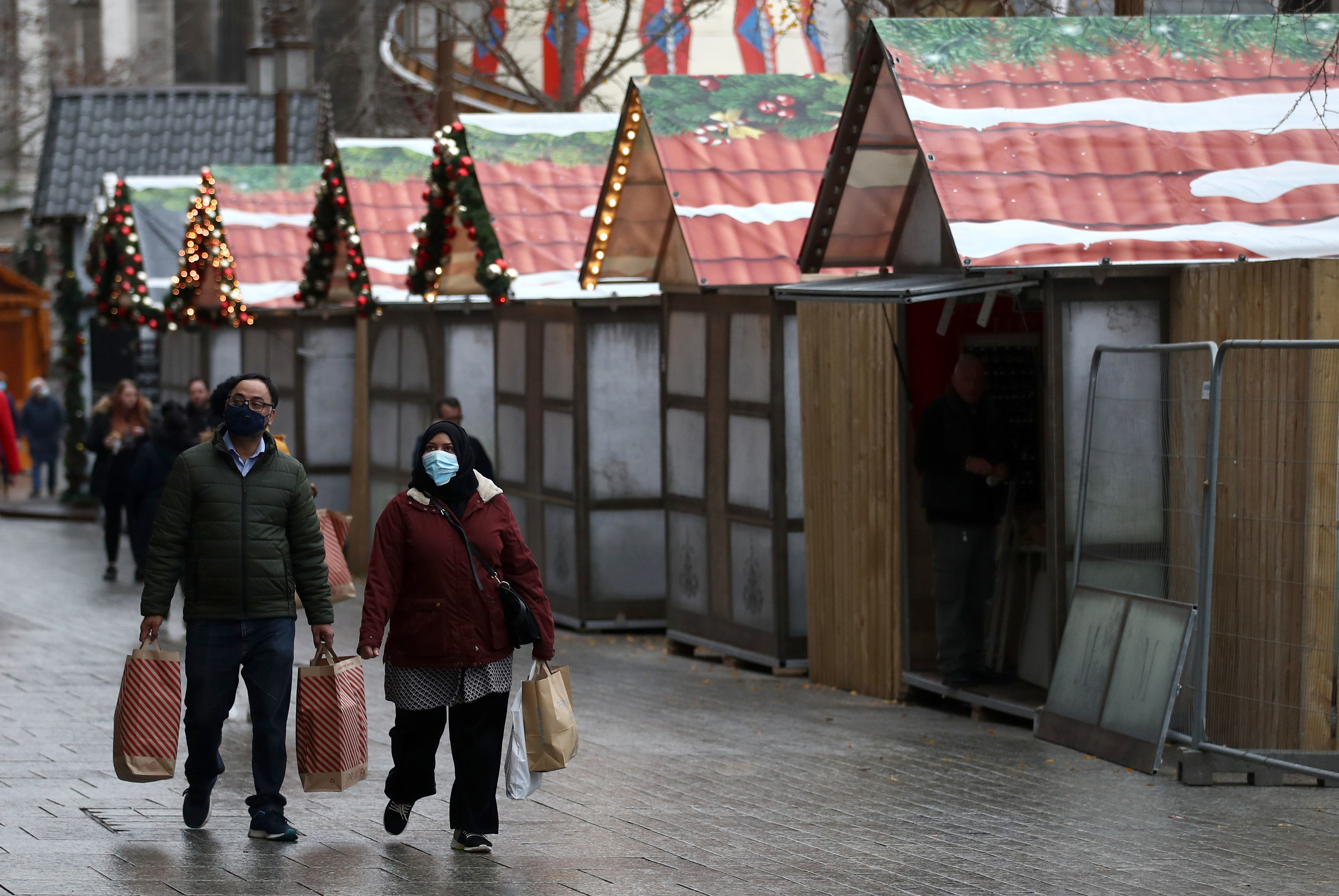 It said the city centre saw significant footfall on the first Saturday since the second national lockdown in England was lifted, and that it was “notably busier than anticipated”.

Nottinghamshire Police said officers were at the market all day to provide visible presence and to break up large crowds.

Games designer Luke Brown, 24, from The Meadows area of Nottingham, said there were at least a couple of hundred people at the market, describing it as “crazy”.

Speaking to the PA news agency, he said: “I was on the outskirts of the market as there were so many people on the inside, many people were not wearing any masks at all and there was definitely no two-metre distancing.

“I was highly uncomfortable being there so we literally went home after five minutes.”

The city was placed in Tier 3 – the toughest measures – of the new Covid-19 restrictions which came into force in England from Wednesday, after the four-week national lockdown ended.

Joining the hordes of shoppers in the capital was London Mayor Sadiq Khan, who encouraged people to shop, but as safely as possible, to help boost the economy.

He said: “It’s quite clear speaking to shopkeepers, businesses and those in retail, they’ve had a horrendous nine months, they’re keen to make sure this golden month and this golden quarter they can make up some of the ground lost.

“Unless we support our shops we can’t be surprised if, due to a combination of Covid and lack of business, shops close and people lose their jobs.”

Mr Khan said it was important people continued to follow the rules, with the majority of England under Tier 2 and 3 of the new restrictions, which limit social contact between households but allow non-essential stores to open.

He said: “It’s really important that we don’t think that this virus is behind us or that we’re over the worst necessarily.”

The threat was high particularly where generations "with high incidence of infection" socialise with older people "who currently have much lower levels of infection and are at most risk of dying" if they catch Covid-19.

His comments came before the Government announced a five-day relaxation in the rules from December 23 to 27, allowing three households to "bubble" together.

Prof Hayward told BBC Radio 4's Today programme: "My personal view is we're putting far too much emphasis on having a near-normal Christmas.

"We know respiratory infections peak in January so throwing fuel on the fire over Christmas can only contribute to this."

Liam Smeeth, a professor of clinical epidemiology, London School of Hygiene and Tropical Medicine, warned "a further circuit breaker in January or possibly February is likely to be needed", given the festive period.