A HORRIFYING landslide has left at least 20 people missing and dozens of homes buried after crashing through a city in Japan.

Shocking video shows the torrent of mud and water surging through Atami as the collapse swept away everything in its path. 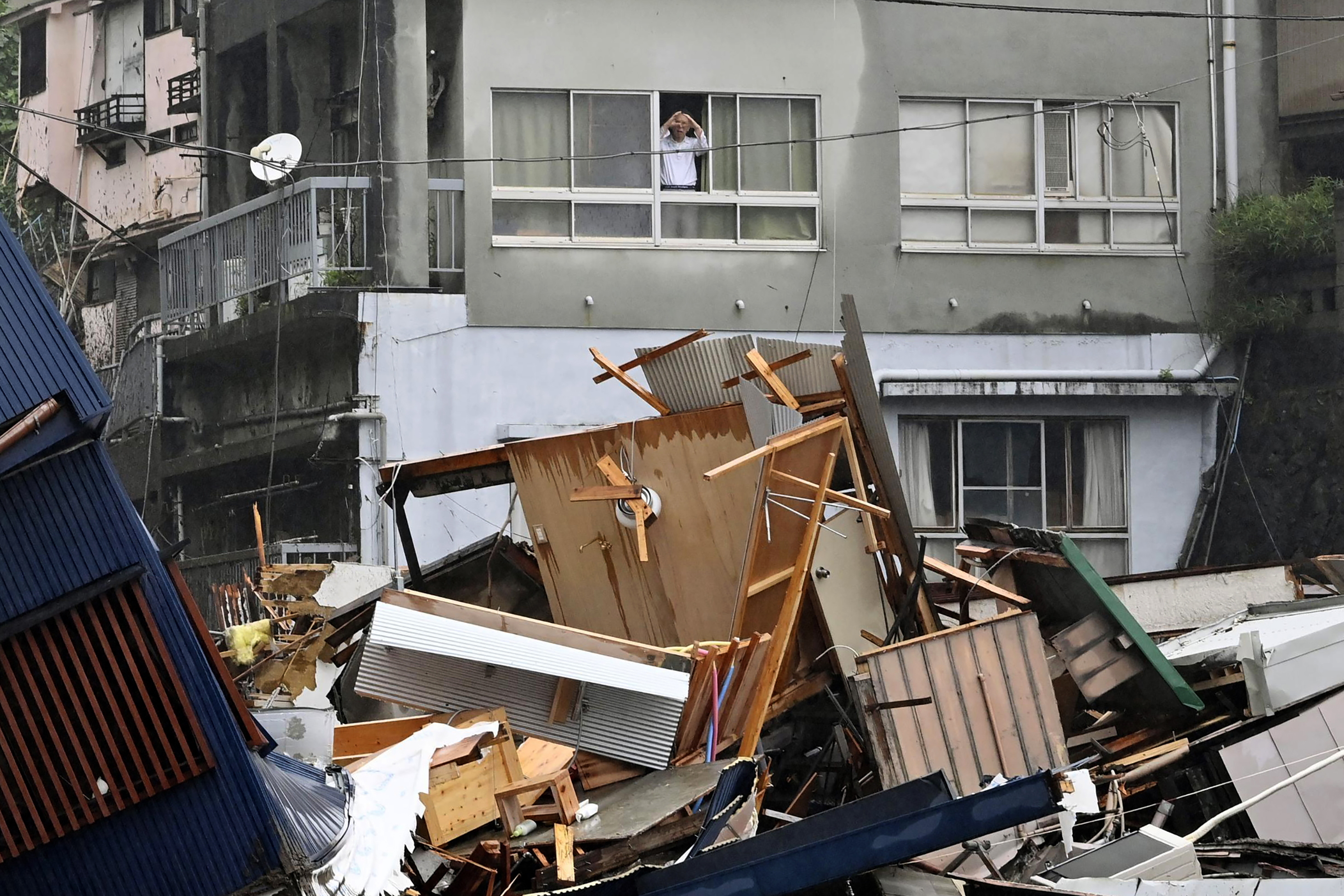 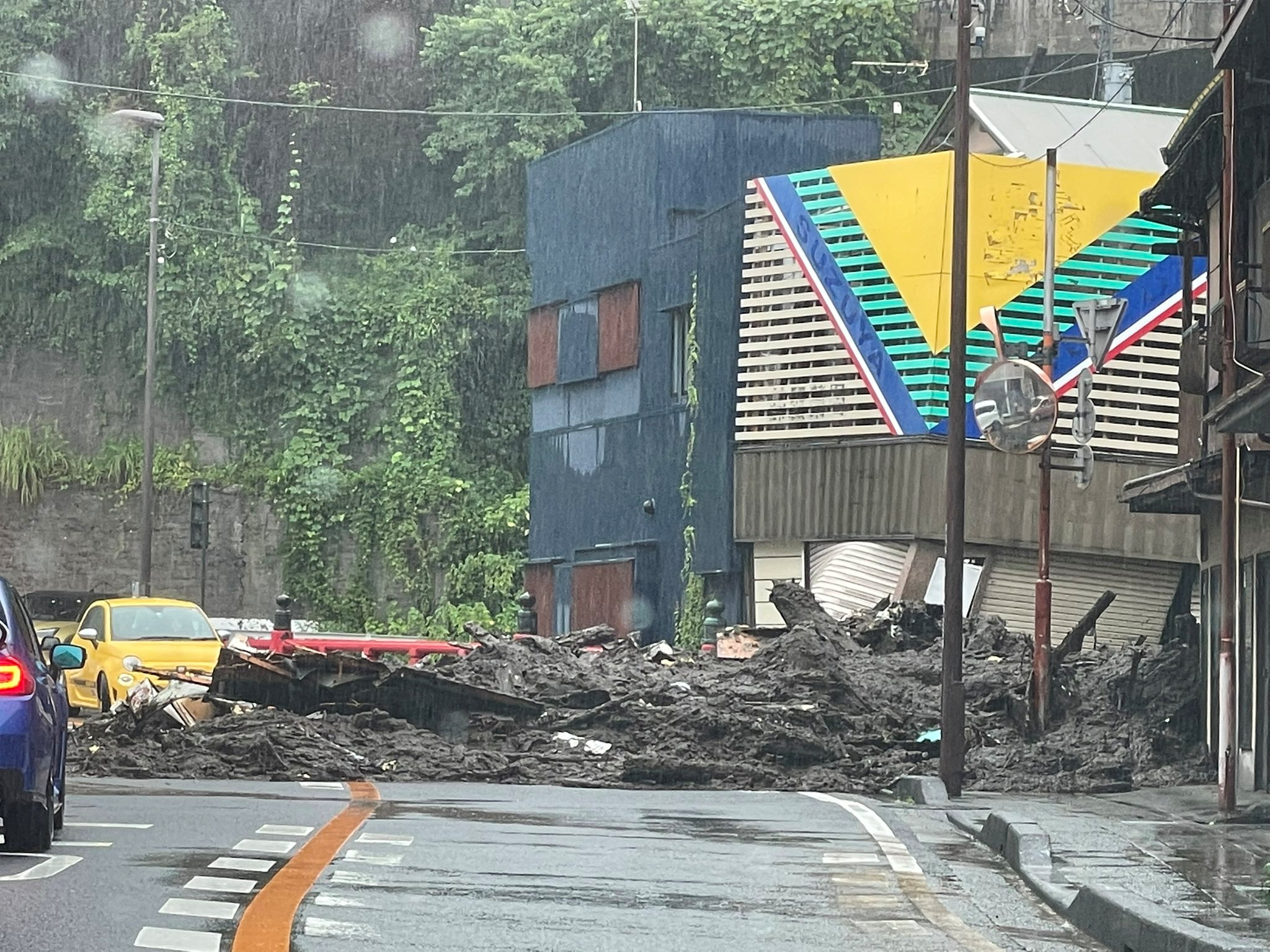 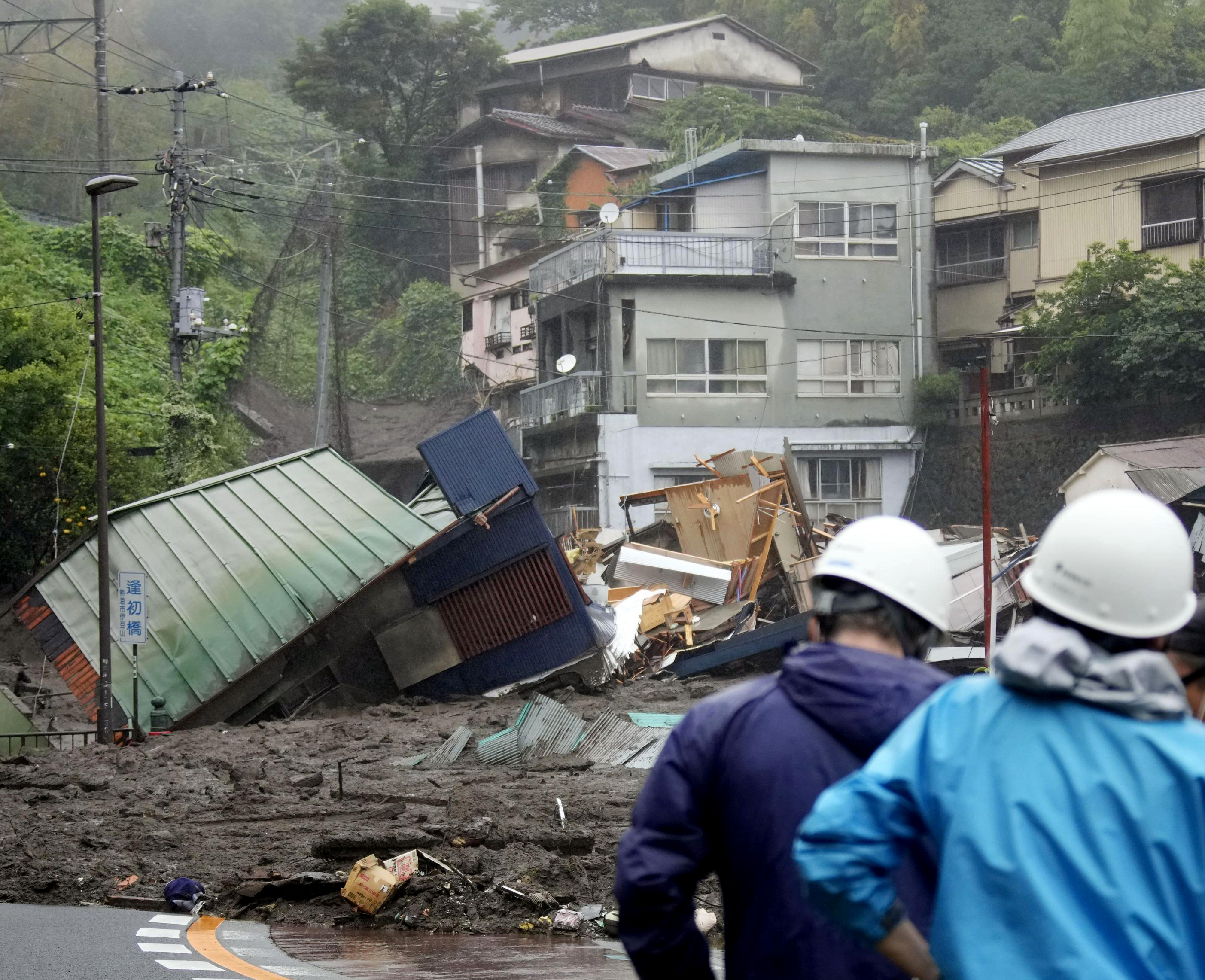 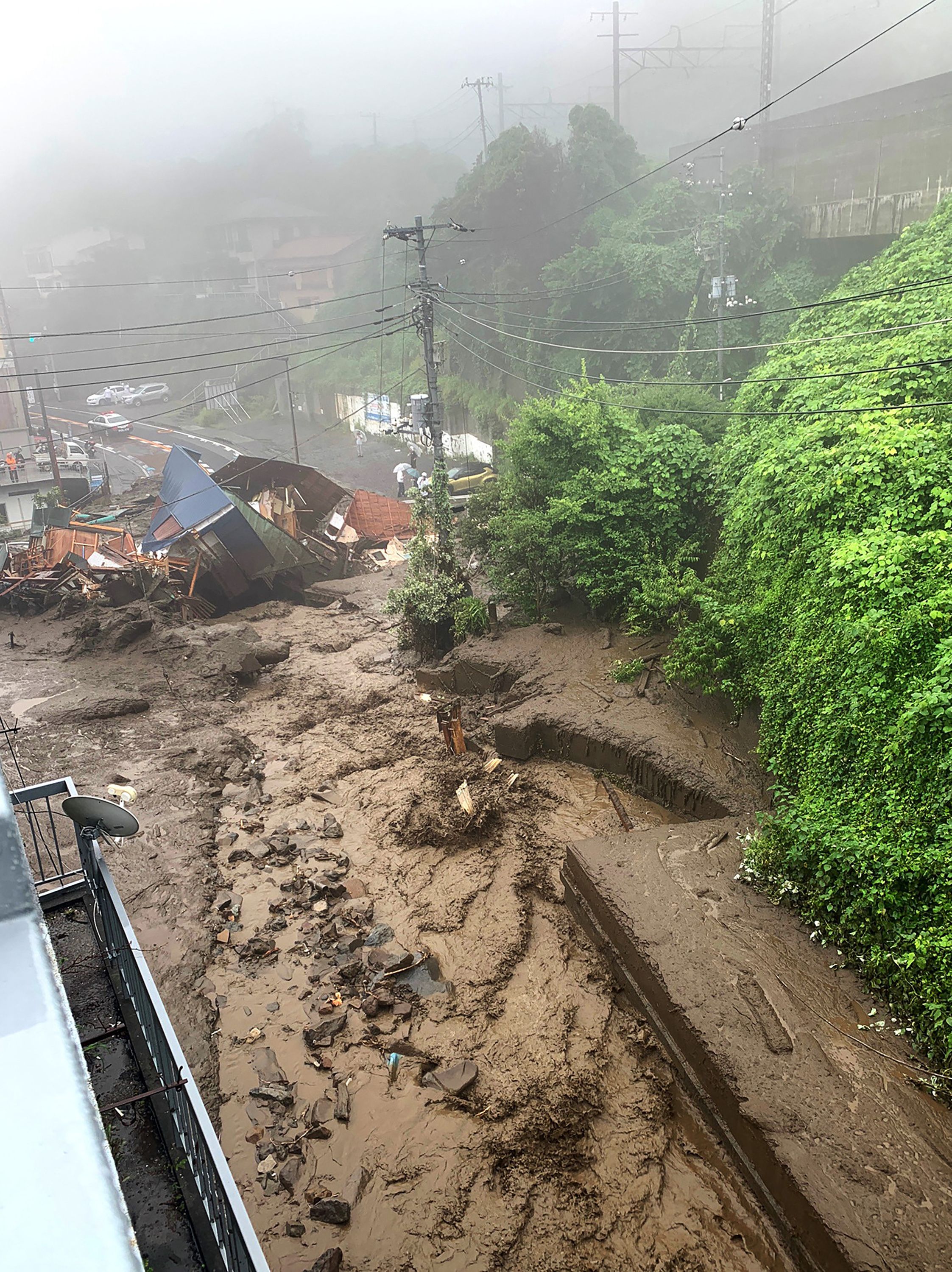 Dozens of homes may have been buried in the city – which is known for hot springs – said Shizuoka prefecture spokesman Takamichi Sugiyama.

Torrential rains have been slamming parts of Japan since earlier this week – loosening dirt and triggering warnings over potential landslides.

Sugiyama said it had been raining hard in the area all morning and a section of the hillside dislodged and swept through the town.

Pictures show the horrific aftermath as buildings were destroyed and there are fears of fatalities.

A witness told NHK: "I heard a horrible sound and saw a mudslide flowing downwards as rescue workers were urging people to evacuate. So I ran to higher ground.

"When I returned, houses and cars that were in front of the temple were gone.” 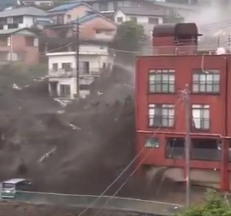 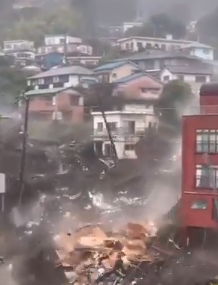 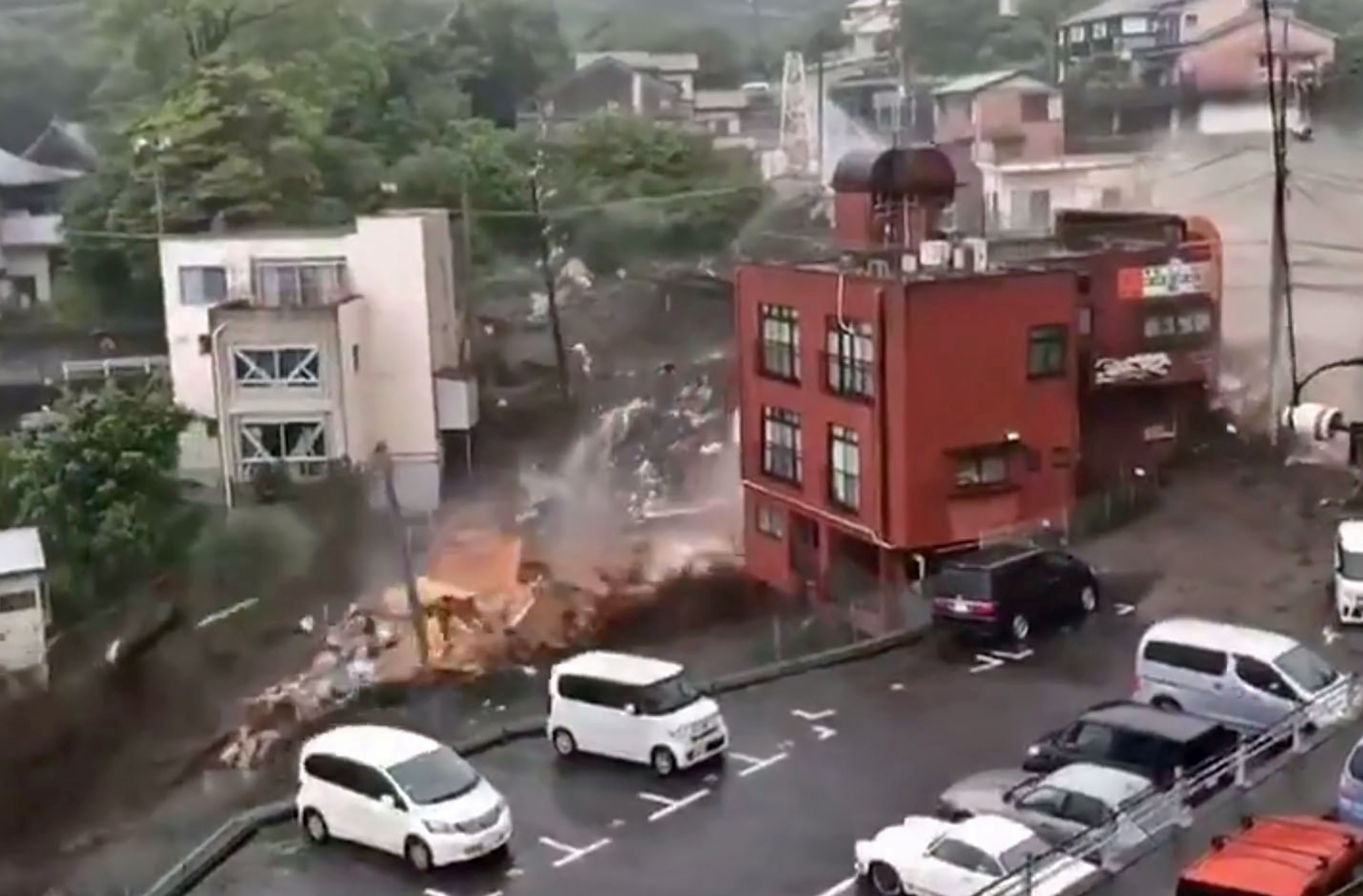 Evacuation warnings have been issued for the nearby area amid fears of further slides.

And a highest-level alert has been declared in Atami for more than 35,600 people in nearly 21,000 households.

Videos show the moment the torrent of black water crashes through the city – with a fire engine and firefighters seen running for their lives from the surge.

Helpless neighbours watched in horror, some recording on their phones, as cars were swept in the fast-moving cascade. 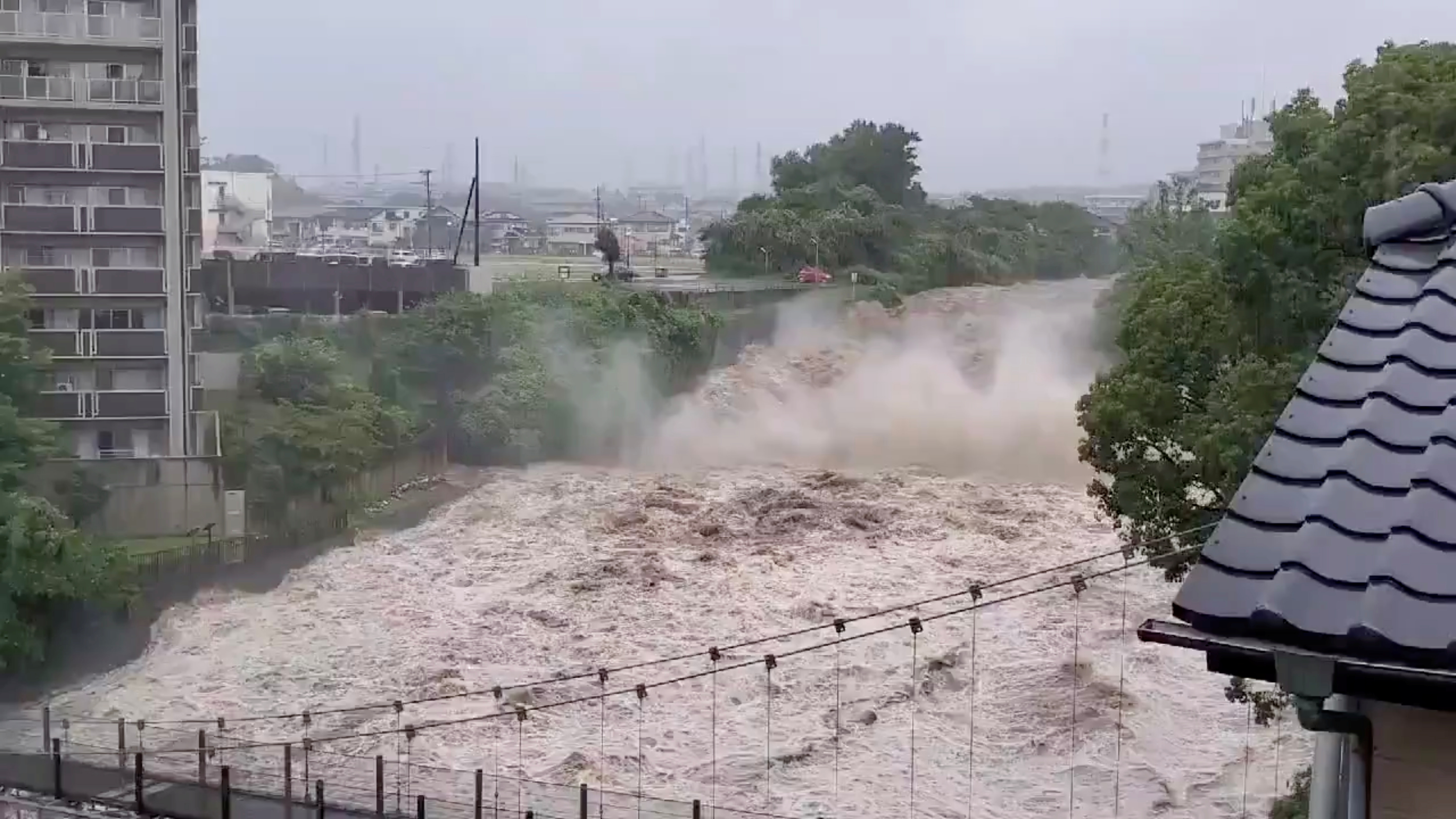 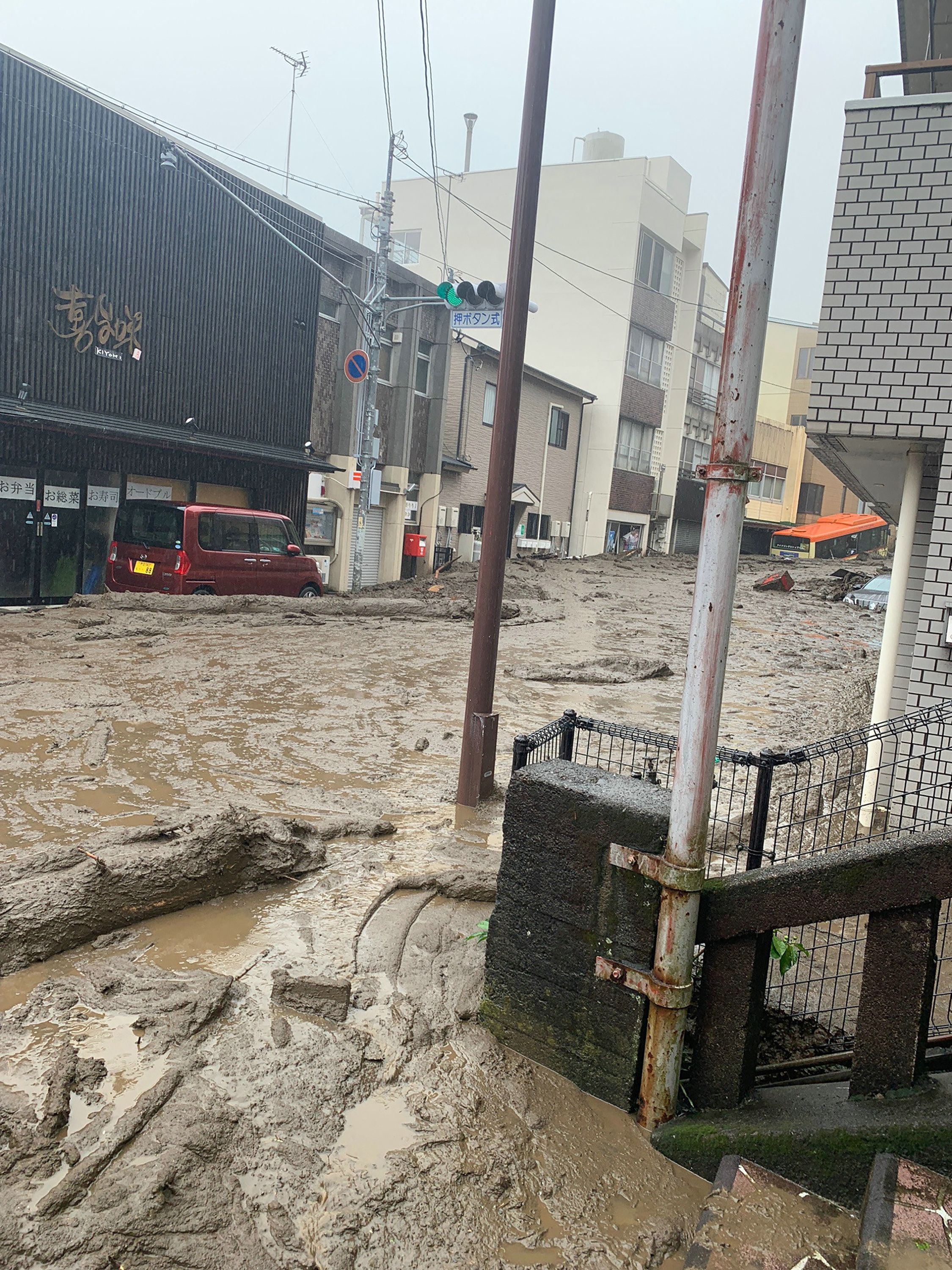 Soldiers will join firefighters and police in the rescue operation as they face the grim task of searching for those trapped beneath the mud.

Prime Minister Yoshihide Suga is putting together an emergency task force to respond to the disaster.

NHK TV footage also showed a part of a bridge had collapsed amid the devastation.

Japan is prone to mudslides and flooding during its annual rainy season due to its hills and valleys.

Atami is a quaint seaside resort area in Shizuoka prefecture, about 100 kilometers (60 miles) southwest of Tokyo.

The area that was hit by the mudslide, Izusan, includes hot springs, residential areas, shopping streets and a famous shrine.

Why has Chris Chan been arrested?

Ancestor of Titanic victim sees staterooms where his relative drowned