The official death toll in the city, 90 km (60 miles) southwest of Tokyo, stood at three, according to Mayor Sakae Saito, while the number of missing had come down from 113 earlier on Monday morning.The landslides are a reminder of the natural disasters – including earthquakes, volcanic eruptions and tsunami – that haunt Japan, where the capital Tokyo is to host the summer Olympics beginning this month.

By Monday, the number of rescuers at the disaster site had risen to 1,500, officials said.

Prime Minister Yoshihide Suga told reporters: ”We want to rescue as many victims … buried in the rubble as soon as possible.”

He added that police, firefighters and members of the military were doing all they could to aid the search.

Mayor Saito said the third confirmed victim was an 82 year old woman who succumbed to her injuries in hospital. 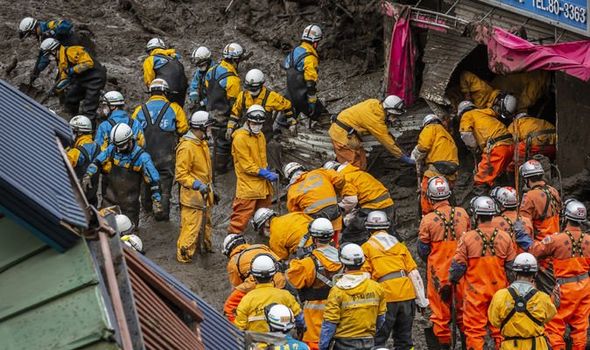 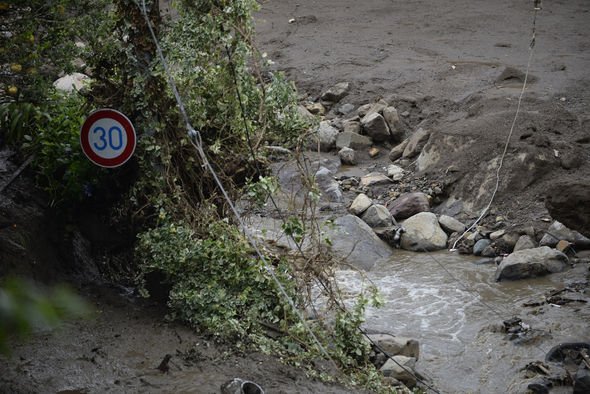 “My mother is still missing,” one man told NHK public television. “I never imagined something like this could happen here.”

One 75-year-old evacuee said the house across from his had been swept away and the couple that lived there was unaccounted for.

The landslides on Saturday morning were triggered by torrential downpours – with some areas receiving more rain in 24 hours than they would usually get for the whole of July. 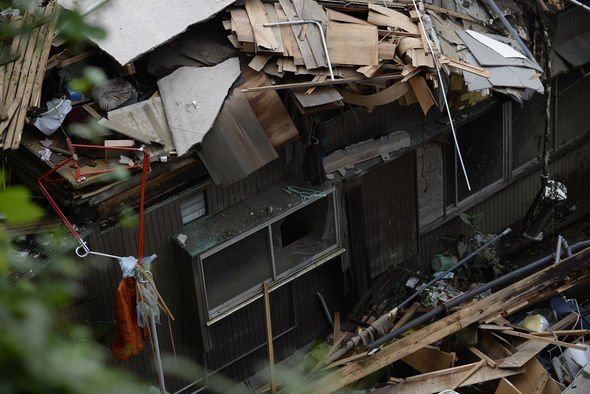 Around 130 buildings were affected by the calamity in Atami, a city of 36,000 people. Set on a steep slope that leads down to a bay, Atami is a popular hot springs resort.

The water, mud and debris are thought to have flowed along a river for about 2 km (1.2 miles) to the sea, local media said.

Chief Cabinet Secretary Katsunobu Kato called on residents to remain vigilant, noting that the saturated earth has been weakened and even light rain could prove dangerous. 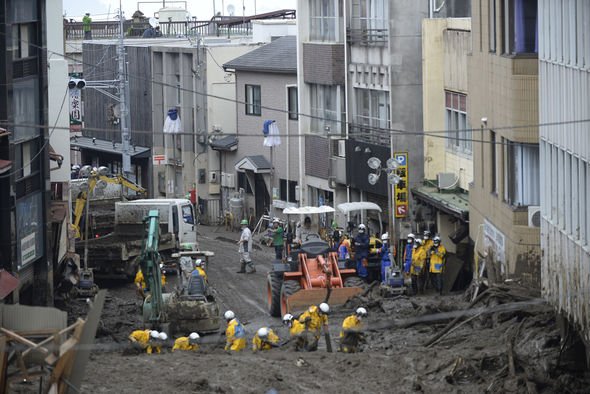 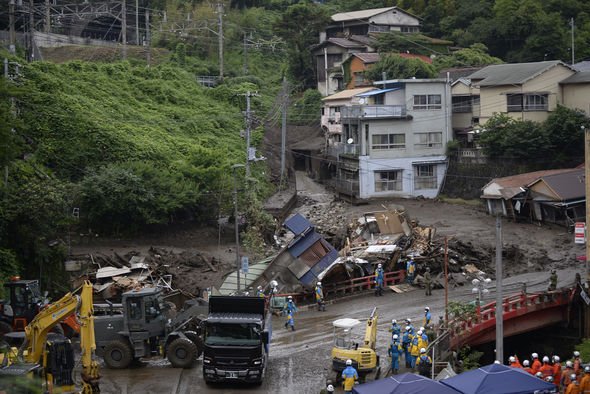 Though Atami city spokesperson Hiroki Onuma told Reuters the rain had stopped in Atami for now, more is forecast, raising the possibility of further landslides.

“The situation is unpredictable,” he said.

Stocks in some engineering firms rose on Monday.

British man, 24, ‘falls to his death’ in Alps while coming back from night out

Two metre rule could be relaxed to allow more pubs to reopen this summer, government scientist says – The Sun