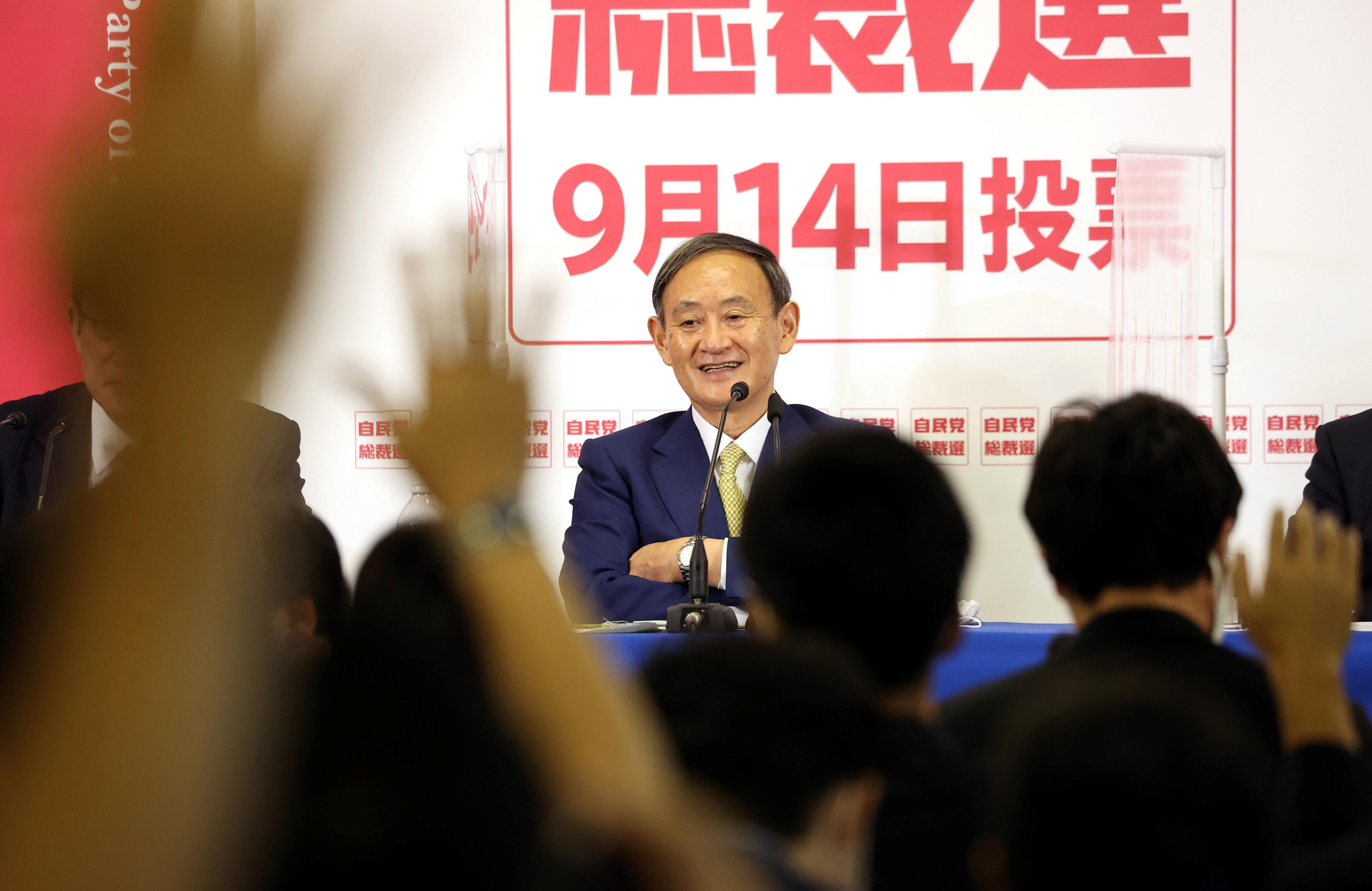 Suga, Japan’s chief cabinet secretary, also said he would continue to focus on revitalising regional economies, which he described as among key pillars of “Abenomics”.

“A strong economy is necessary for social welfare, national security and fiscal reform,” Suga told a debate hosted by the ruling party on Wednesday. “We must first revive the economy, because only then can we push through fiscal reform.”

If he becomes Japan’s next leader, Suga will face the daunting task of containing the coronavirus pandemic while managing the economic consequences.

Japan, the world’s third-largest economy, sank deeper into its worst postwar recession in the second quarter, data showed on Tuesday, underscoring the challenges policymakers faces in dealing with the economic blow from COVID-19.

The Liberal Democratic Party (LDP) leadership election will be held on Sept. 14, a date set after Abe’s decision to step down for health reasons. The winner is virtually assured of becoming premier because of the LDP’s parliamentary majority.

An Asahi newspaper tally showed Suga has support to become the LDP’s leader from 308 – almost 80% – of ruling party members with seats in parliament.

That means he already has 58% of total LDP votes – more than the majority required – without even counting the additional 141 votes from party prefecture chapters.

Suga has played a key role as Abe’s lieutenant in pushing through Abenomics, though the policies’ initial gains have been wiped out by the coronavirus pandemic.

On North Korea, Suga repeated his stance that he was prepared to meet with the country’s leader, Kim Jong Un, “with no preconditions” if needed to resolve the issue of Japanese nationals abducted by North Korean agents.