Jealous boyfriend who bludgeoned his girlfriend, 27, to death with a hammer before dismembering her and dumping her body in a country park is jailed for life

A jealous boyfriend who bludgeoned his estranged partner to death before dismembering her and dumping her body at a country park has been jailed for life.

Kamil Ranoszek, 42, battered Ilona Golabek, 27, with a hammer multiple times before he cut up her body. Her torso has never been recovered.

Lincoln Crown Court heard the monster flew into a rage and launched the brutal attack after finding out she was contacting other men on Tinder.

Sentencing, His Honour Judge Hirst said: ‘You, while your three-year-old daughter was asleep, picked up a hammer and struck Miss Golabek at least seven times to the head.

‘You undressed her and put her clothes in jars which you placed in the meter cupboard. You used a knife or some similar implement and dis-articulated her body into at least 15 pieces.’

Mum-of-one Ilona’s remains were discovered dumped at Witham Way Country Park in Boston, Lincolnshire, in February – three months after she disappeared from her home last year on November 9.

Some of Ilona’s remains were hidden underneath the flat the pair shared, in the bathroom their daughter would have used. 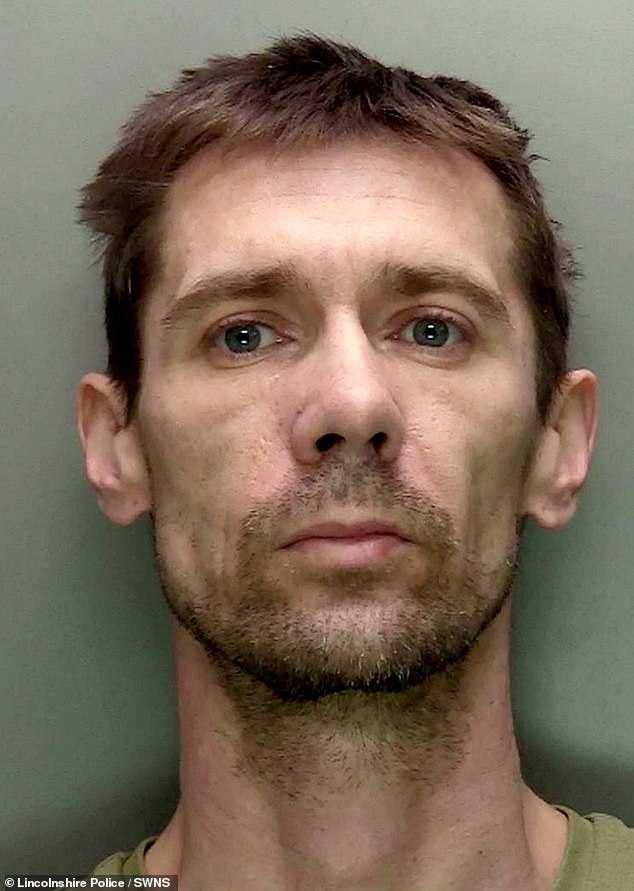 Jealous boyfriend Kamil Ranoszek, who bludgeoned his estranged partner to death before dismembering her body, has been jailed for life 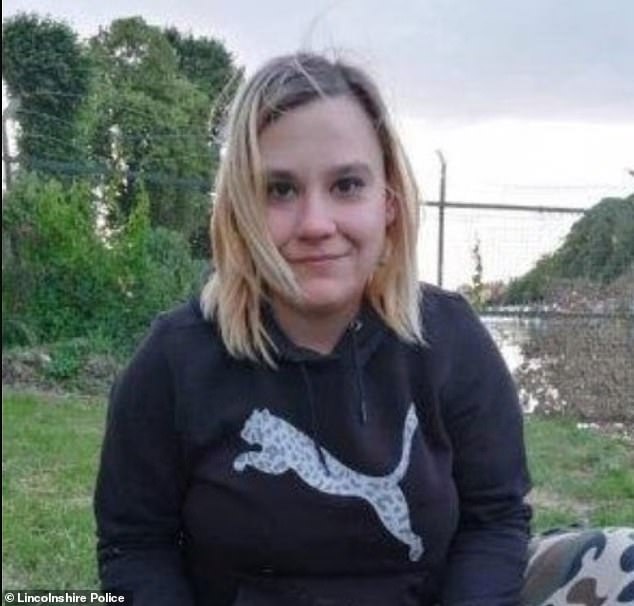 Ranoszek, 42, battered Ilona Golabek, 27, with a hammer multiple times before he cut up her body and disposed of her remains at a country park

Ranoszek murdered Ilona in their home at 26A Wormgate after returning from a friend’s birthday at about 11pm on November 9 last year.

He was arrested two weeks after she vanished and was charged with murder following the grim discovery.

Today the poultry factory worker had denied murder but was found guilty and jailed for life.

The court heard Ranoszek had left Ilona with multiple skull fractures and brain injuries after attacking her at the flat they shared together in Boston.

He then used his ‘butchery skills’ to remove parts of her body before cycling to the park to dispose of her remains.

Ranoszek then went to a police station to report her as missing before detectives launched a murder probe.

His Honour Judge Hirst said: ‘You then took steps to cover up your tracks. You rang Ilona’s mobile and contacted her friends to make it look like you were trying to contact her.

‘You lied to friends or relatives to see whether you could save your own skin.

‘You got up in the early hours of 11 November and cycled to Witham Way Country park in Boston and you disposed of Ilona’s body parts in at least two locations.

‘Ilona was wrapped in bin liners and placed into carrier bags. All of Ilona’s body, apart from her torso, were left to decompose until they were found three months later. 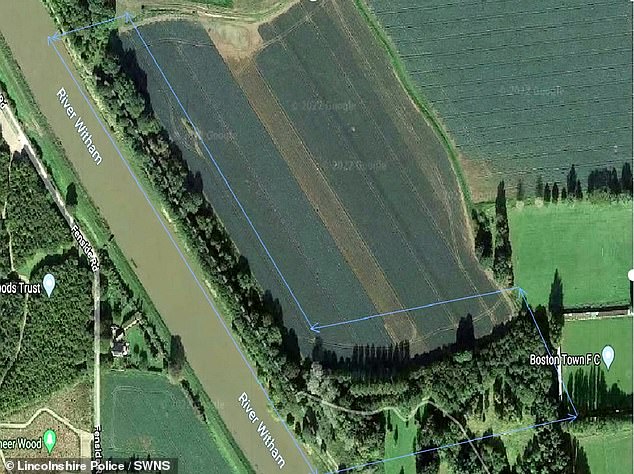 Mum-of-one Ilona’s remains were discovered dumped at Witham Way Country Park in Boston (within the blue boundary pictured), Lincolnshire, in February – three months after she disappeared from her home last year on November 9

‘You then reported her missing. The way you behaved after you brutally murdered Ilona was cold, heartless and calculated.

‘The lies and concealment of Ilona’s body must’ve caused appalling agony and anguish through Ilona’s family and friends.

‘I do not accept that you only had an intention to cause grievous bodily harm rather than to kill. The brutality and the number of blows with the hammer are testament with an intent to kill.’

Ilona, the mother of their young daughter, wanted the relationship to end and gave Ranoszek two weeks in which to leave.

The court was told she had had contact with other men on Tinder and planned to meet a man for a drink.

A statement from Ilona’s mum was read out in court. It said: ‘I was not here during the whole trial because my aching heart would not be able to stand all the information of what happened on that day.

Ranoszek claimed he came home from the birthday celebrations and went to bed but Ilona had ‘vanished’ by the morning (Pictured: Ilona spotted on camera on the night of her murder)

‘The information that I have is drastic enough. My daughter is in my thoughts every day, every hour.’

As part of the missing person’s inquiry last November, the police searched the couple’s home and found jars containing fabric – which appeared to be tinged with blood – hidden in a cupboard.

Although Ilona’s body had not been recovered, a murder inquiry was launched.

Ranoszek was arrested at 3.11pm on November 20 on suspicion of her murder and subsequently charged.

Extensive searches were carried out by police on both land and in the River Witham and Ilona’s body was recovered in Witham Way Country Park on February 19 following a report of suspected human remains.

Forensic examination and excavation were then carried out over a number of days in the park.

‘This was a complex investigation in which we had a murder inquiry but had not recovered the body of Ilona. A forensic examination was carried out at the Wormgate property, and a substantial amount of blood was found in and around the sofa in the lounge.

‘There was also heavy blood staining around the bath and evidence of recent cleaning having taken place within the bathroom, which was significantly cleaner than the rest of the house. This led us to believe that Ilona has died at this address.’

DI McWatt added: ‘Despite the efforts made to destroy evidence the painstaking examination of the property by CSI, using specialist techniques, coupled with outstanding analysis of both router and cell site [mobile phone location] evidence, the jury was able to swiftly and confidently convict Ranoszek of this horrendous and brutal murder.’

Lincolnshire Police says it is committed to tackling violence against women and girls, as part of a new national framework launched in December, 2021.

It sets out actions for every police force in England and Wales, designed to make all women and girls feel safer.