The Kunsten Museum of Art in Aalborg, Denmark paid artist Jens Haaning in advance to re-create two older sculptures. Instead, he kept the money without doing the job and called it conceptual art. 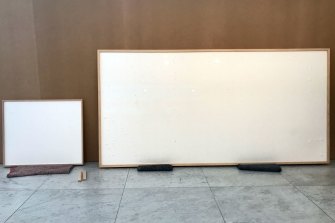 Haaning tabbed his art as Take the Money and Run and it’s simply two blank whiteboard frames without anything on them.

According to a written agreement, obtained by Artnet, Haaning was commissioned to exhibit the banknotes themselves, effectively recreating a pair of artworks he made in 2007 and 2010 that represented the average annual incomes of an Austrian and a Dane. 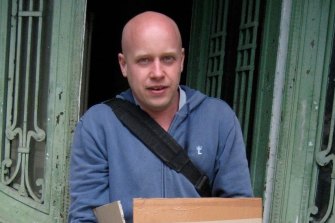 The museum is actually displaying the two empty frames on display in its ongoing art showWork it Out.

“I absolutely want to give Jens the right (to say) that a new work has been created in its own right, which actually comments on the exhibition we have,” Lasse Andersson, the museum’s director, also told PI Morgen last week. “But that is not the agreement we had.”

Haaning was displeased with the compensation and frustrated he’d have to fork out around $5,500 of his own money to remake two older artworks that defeats the purpose of why they were originally made.

“Why should we show a work that is about Denmark…11 years ago, or one that is about Austria’s relationship with a bank 14 years ago?” he asked on the radio show.

“I encourage other people who have just as miserable working conditions as me to do the same. If they are sitting on some (expletive) job and not getting money and are actually being asked to give money to go to work, then take the box and (run) off.”

It is unclear if the museum will be seeking legal action.

Sudan military promises to hand over power after uprising and coup