Jeremy Hunt has been accused of adopting a ‘Cold War mentality’ by Beijing as diplomatic tensions between Britain and China over Hong Kong worsened.

China’s ambassador to the UK, Liu Xiaoming, said today he was not interested in a ‘diplomatic war’ with the UK over its former colony.

But he criticised the Foreign Secretary as he said Mr Hunt had taken up a position of ‘strategic ambiguity’ on the possibility of whether sanctions could be imposed on China over the crackdown on protesters in Hong Kong.

His comments came as demonstrators again took to the streets in their thousands on Sunday. 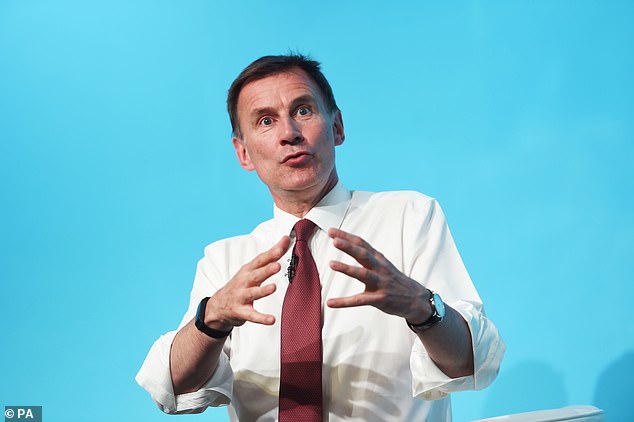 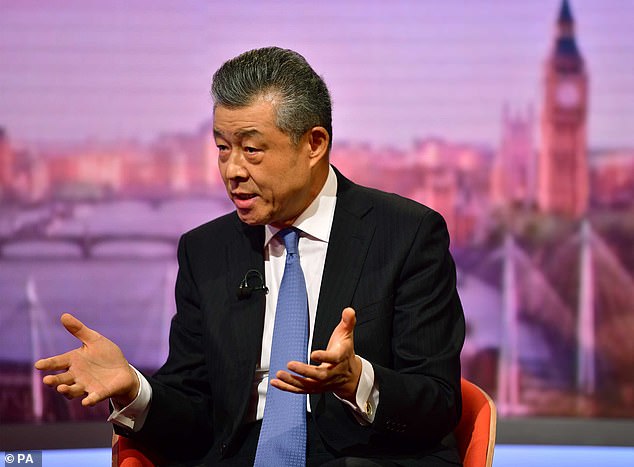 But Liu Xiaoming, China’s ambassador to the UK pictured today during an appearance on the Andrew Marr Show, said such language was that of the ‘Cold War’

He stressed that ‘we are not interested in diplomatic war with the UK’ and ‘we are still committed in building a stronger relationship’ and reinforcing the ‘golden era’ of Sino-British relations started by president Xi Jinping.

‘We are still committed to this golden era between our two countries,’ he said.

‘But I cannot agree with some politicians’ description of the relationship, even the use of the so-called “strategic ambiguity”.

‘This language does not belong to the vocabulary between China and the UK.

‘It is Cold War mentality language.’

Mr Hunt had used the phrase when asked to set out what the diplomatic consequences of the row with Beijing might be.

‘No foreign secretary would ever spell out precisely what would happen in a situation like that – you need what Bill Clinton called strategic ambiguity,’ he said.

There have been weeks of protests in Hong Kong, sparked by a controversial plan to make it easier to extradite people to mainland China.

Hong Kong leader Carrie Lam suspended the draft law and apologised for the way it was handled, but protesters want it to be formally withdrawn and for her to quit.

Mr Liu was summoned to the Foreign Office for a dressing down on July 3, the same day he used a press conference to criticise the UK Government for its comments on the Hong Kong protests.

Relations between London and Beijing have also been strained by the ongoing uncertainty over whether telecoms giant Huawei will be allowed to play a role in the UK’s 5G mobile infrastructure.

The US has been pushing for allies to block the firm, claiming it could be a security risk – allegations strenuously denied by Huawei.

Mr Liu said he could give a 100 per cent guarantee that the firm would not pass secrets gleaned from the 5G network to Beijing.

He said: ‘I can promise that, 100 per cent. I think Huawei is a good company, it is a leader on 5G. I think if you reject Huawei you will miss enormous opportunities.

‘They are here for win-win co-operation, they are not here to spy (on) people.’