‘I’ve been lucky to meet some of the UK’s swottier brains’: Jeremy Paxman reveals he will step down from University Challenge after nearly three decades as its formidable host – one year on from Parkinson’s diagnosis

Jeremy Paxman is to step down from University Challenge after nearly three decades, the BBC announced today.

The 72-year-old, who has presented the show since 1994, will film his last episode this autumn, while his final series will air on BBC Two from August 29 through to summer next year.

He said: ‘I’ve had a blast hosting this wonderful series for nearly 29 years. I’ve been lucky enough to work with an amazing team and to meet some of the swottier brains in the country. It gives me hope for the future.’

A new presenter will be announced later this week.

Mr Paxman revealed in May last year that he had been diagnosed with Parkinson’s Disease. He said his doctor had him tested for the incurable condition after seeing him on University Challenge during lockdown.

The veteran presenter said he suffered regular falls, including one that left him with ‘black eyes’, and admitted it was ‘very hard to know you’re not going to get better’. 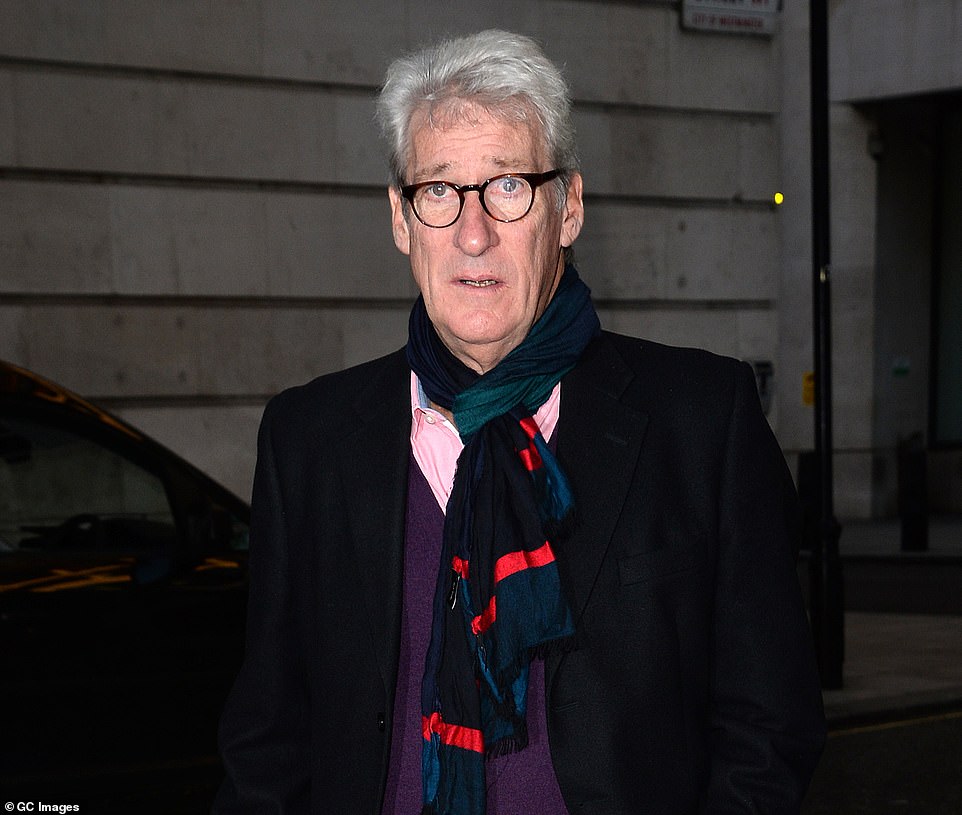 Jeremy Paxman, who has presented University Challenge since 1994, will film his last episode this autumn, while his final series will air on BBC Two from August 29 through to summer next year 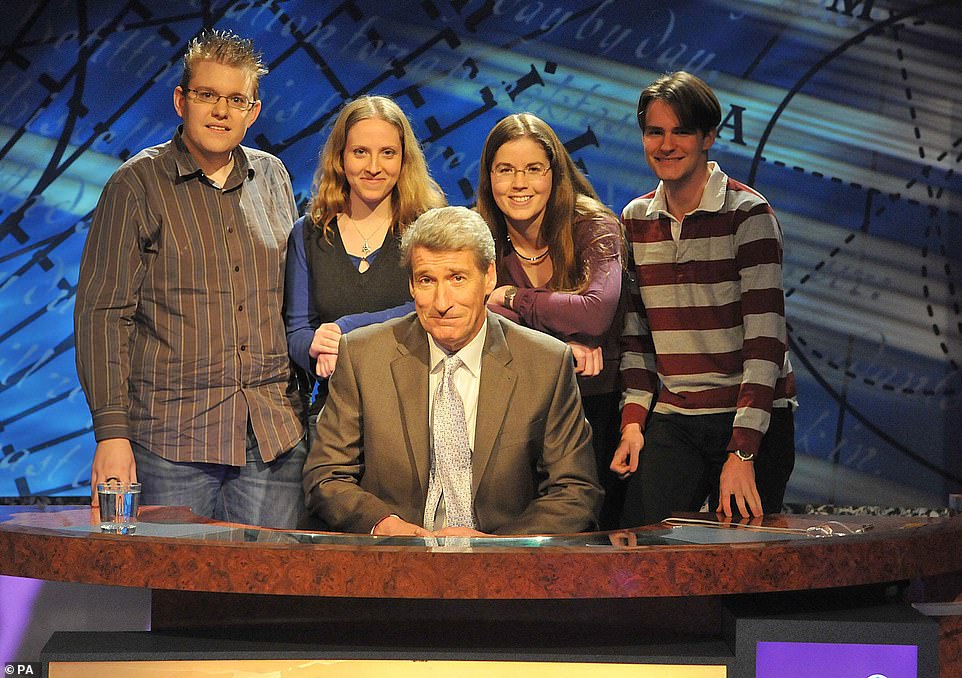 Mr Paxman in 2009 with a team from Corpus Christi, Oxford, including (from left), Sam Kay, Lauren Schwartzman, Gail Trimble and James Marsden

Announcing Mr Paxman’s departure, Kate Phillips, BBC’s director of unscripted, said today: ‘Since the BBC revived University Challenge in 1994 Jeremy has been at the front and centre of the show’s success and is without doubt one of the world’s finest, and most formidable quizmasters.

‘We are hugely grateful to Jeremy for his dedication to the programme for an incredible 28 years, he will be much missed by us all and the show’s millions of viewers.’

‘He’ll be sorely missed too by both our audience and by the generations of students who’ve relished the chance to pit themselves against him in more than a thousand matches.’

Born in Leeds, Paxman started his career in 1972 on the BBC’s graduate trainee programme, working in local radio and reporting on the Troubles in Belfast.

Shortly after moving to London in 1977, he transferred from Tonight to Panorama, before stints on the Six O’Clock News and BBC One’s Breakfast Time.

He became a presenter of Newsnight in 1989, a position he would hold until June 2014 during which time he interviewed high-profile figures from politics and culture.

After 25 years in the job, Paxman presented a programme including an interview with then London mayor Boris Johnson, while they both rode a tandem bicycle. 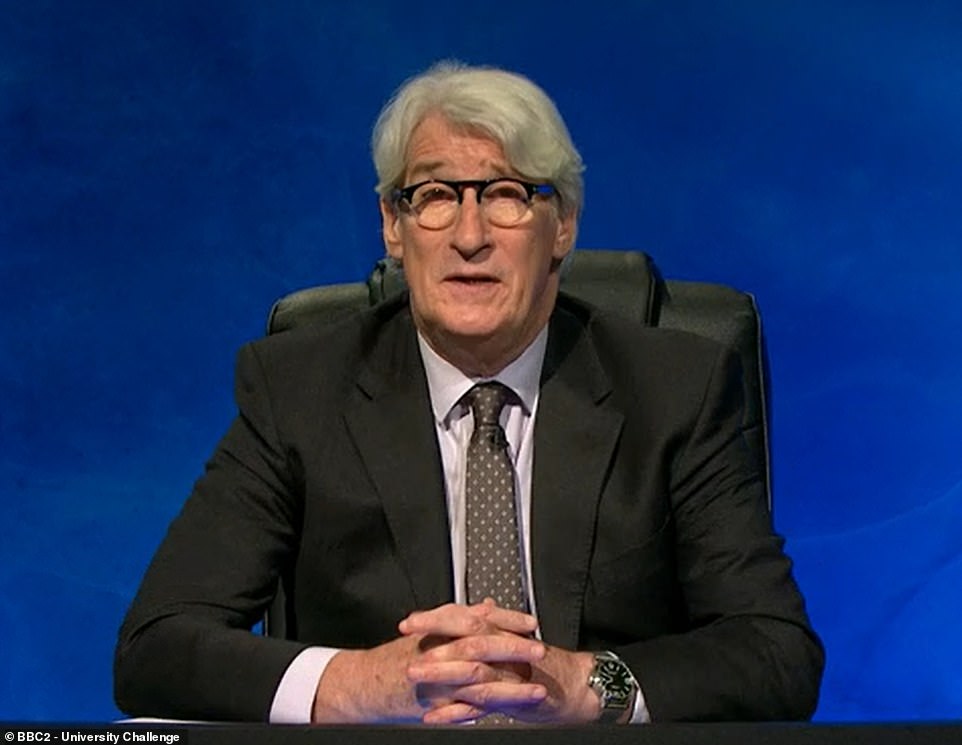 Mr Paxman revealed in May last year that he had been diagnosed with Parkinson’s Disease. He said his doctor ordered some tests after seeing him on University Challenge during lockdown, pictured 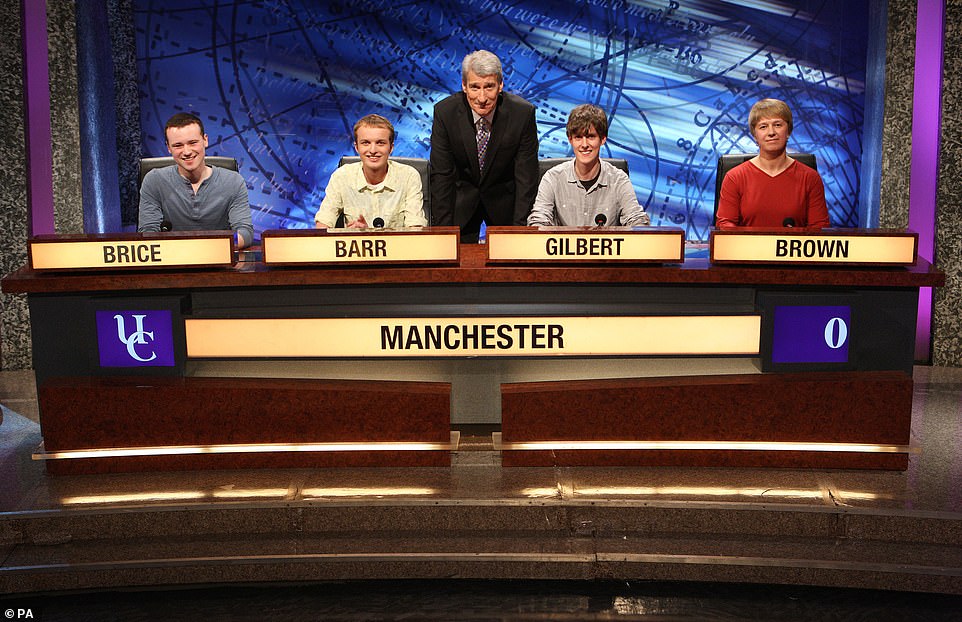 This year University Challenge marks 60 years of being Britain’s longest running quiz show. A documentary to mark the moment will air on BBC 2 on August 29.

University Challenge is produced by Lifted Entertainment, part of ITV Studios, and is based on the format of College Bowl by Richard Reid.

What is Parkinson’s Disease?

Parkinson’s disease affects one in 500 people, including about one million Americans.

It causes muscle stiffness, slowness of movement, tremors, sleep disturbance, chronic fatigue, an impaired quality of life and can lead to severe disability.

It is a progressive neurological condition that destroys cells in the part of the brain that controls movement.

Sufferers are known to have diminished supplies of dopamine because nerve cells that make it have died.

There is currently no cure and no way of stopping the progression of the disease, but hundreds of scientific trials are underway to try and change that.

The disease claimed the life of boxing legend Muhammad Ali in 2016.

Mr Paxman opened up about his Parkinson’s diagnosis last year in a newspaper interview.

The presenter told The Sunday Times Magazine he kept falling and hurting himself and would end up with cuts, bruises and black eyes and ‘blood everywhere.’

However, he admitted to the newspaper that he didn’t think he had Parkinson’s, because he thought the disease only manifested through body tremors.

He explained: ‘I kept falling over, I blamed the dog getting under my feet, but after the last time I went down, straight on my face, it was a real mess – black eyes, cuts and blood everywhere – and I thought, “This isn’t right”, he said.

The doctor said, “You’ve got Parkinson’s.” It had never occurred to me. I thought, “Parkinson’s what?”,’ he added.

The symptoms of Parkinson’s Disease are mild when they first appear, and they gradually worsen.

While involuntary tremors are the symptoms most people associate the condition with, it also manifests itself through slow movement and stiff and inflexible muscles, according to the NHS.

Speaking of his diagnosis, Paxman, who wrote a new book, Black Gold: The History of How Coal Made Britain during lockdown, said the only thing people could do was to ‘adapt,’ but admitted he struggles with how unpredictable the disease is.

‘Parkinson’s is incurable, so you’re stuck with it. And that is hard. Very hard to know you’re not going to get better. You hope you will, but you don’t,’ he added.

But the presenter, who has three grown-up children with ex partner Elizabeth Clough, said he refused to be ‘beaten down’ by the condition and said he hoped it would not totally incapacitate him.

He added that the diagnosis made him feel depressed, but that he didn’t feel it was a series of symptoms.

The presenter also said he didn’t want to join a support group because he was suspicious of them.

But he did say he would donate his brain to Parkinson’s UK after his death to help their research into the condition. 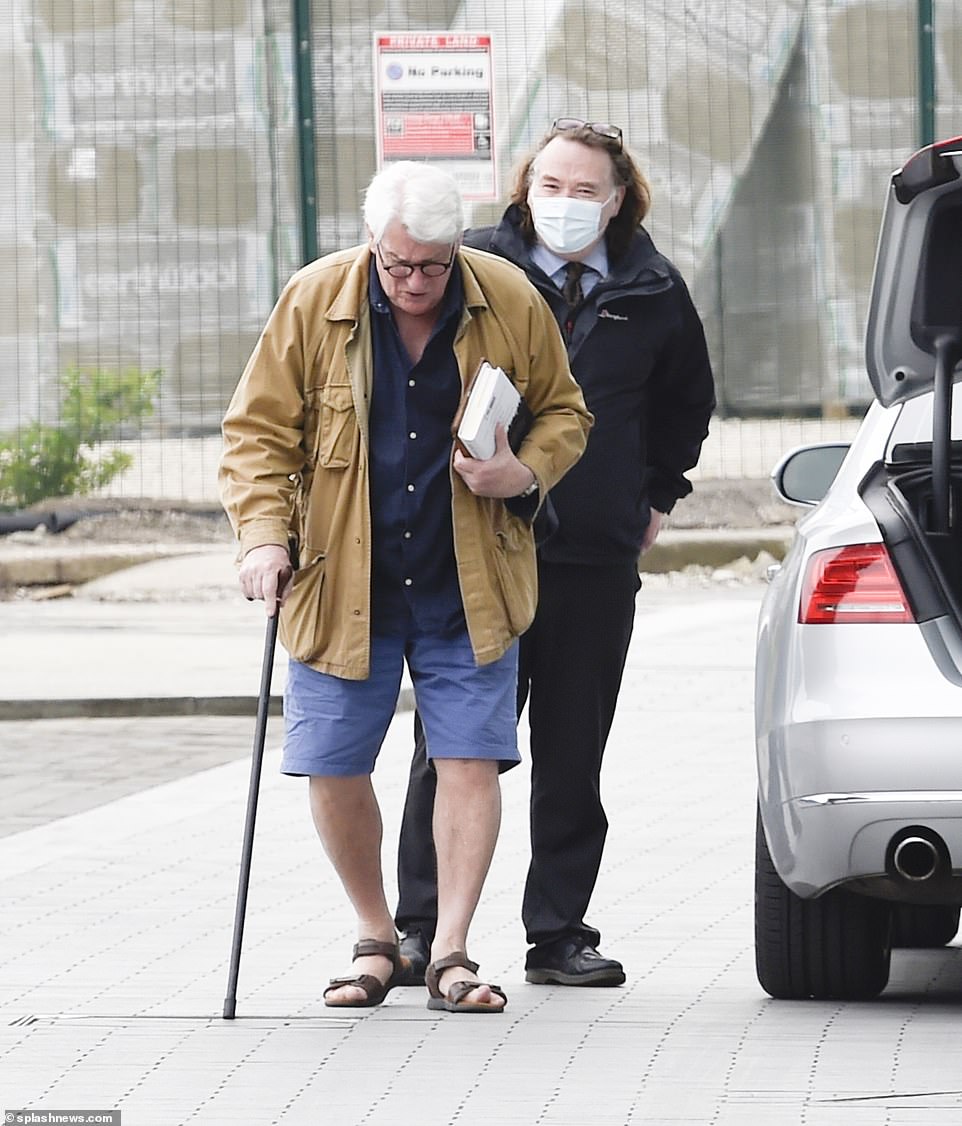 Mr Paxman walks with the aid of a walking stick in Manchester last year, shortly before he revealed his diagnosis

'Predatory' paedophile who lived next door to a primary school jailed