Despite all of the speculation, including from Jerry Jones, Mike McCarthy’s job leading the Dallas Cowboys was never in jeopardy this season.

Jones, speaking on 105.3 The Fan on Friday morning, insisted that he was never going to fire McCarthy after the Cowboys fell to the San Francisco 49ers in the NFC wild-card round earlier this month.

Jones and McCarthy were working together to keep defensive coordinator Dan Quinn with the team.

“The idea of Mike twisting in the wind wasn’t the case at all,” Jones said, via ESPN. “We were trying to keep Dan Quinn and maintain continuity on the coaching staff.”

Quinn, the former Atlanta Falcons head coach, had widespread interest among teams with open head jobs. He interviewed with the Broncos, Bears, Giants, Vikings and Dolphins — and was asked, but turned down, the chance to interview with the Jaguars — before he officially withdrew his name from consideration earlier this week.

Quinn, who initially signed a deal with the Cowboys through the 2023 season, turned down the chance to lead a team again so he can sign an extension with Dallas “for years to come,” Jones said.

“I experienced seeing coaches turn down a head-coaching job for our situation, so I was really trying hard meeting with Dan and Mike,” Jones said, via ESPN.

It’s unclear if offensive coordinator Kellen Moore will return next season, as he has had similar interest throughout the NFL and is still interviewing with teams. 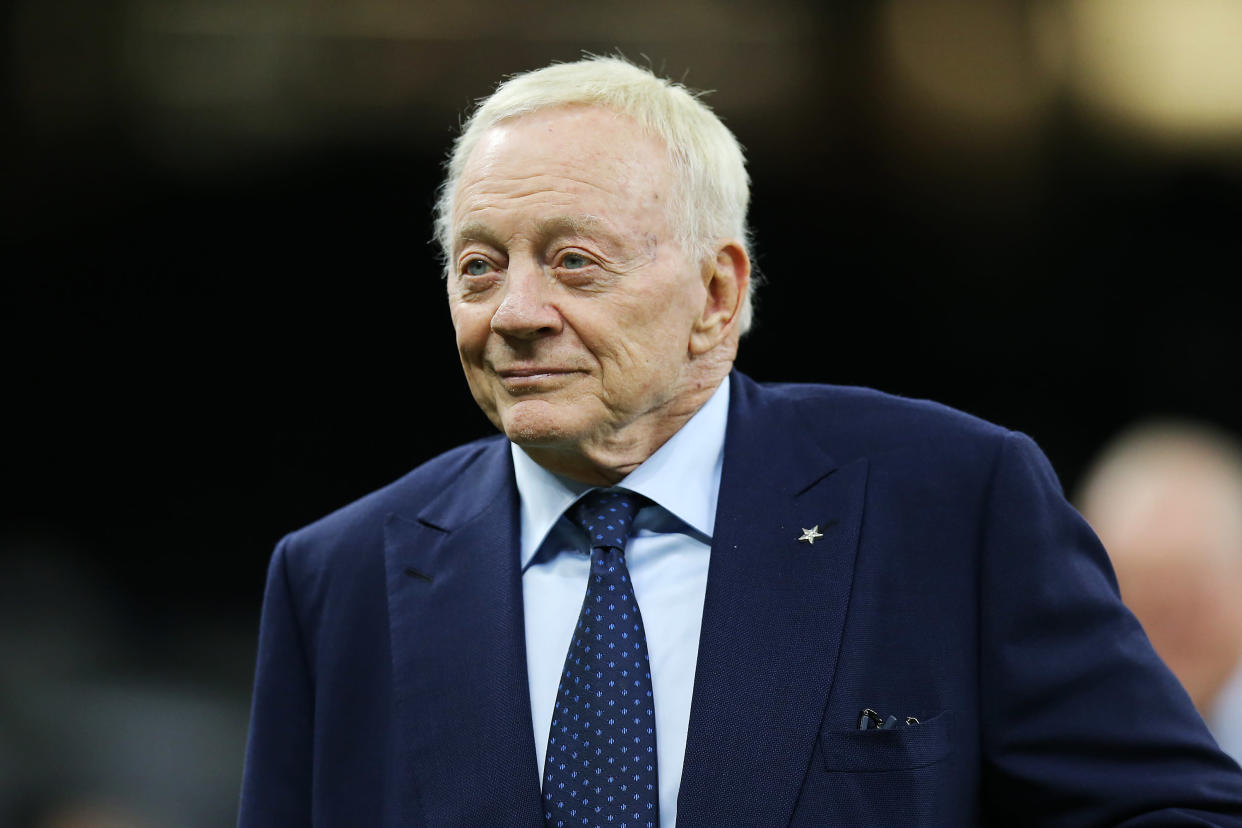 But what about Jerry Jones’ comments?

Part of the speculation surrounding McCarthy’s job security came right from Jones, who didn’t hold back after Dallas’ loss to San Francisco.

Though Jones didn’t get into specifics, his comments didn’t make it sound as if McCarthy was safe. McCarthy, who was reportedly told Thursday that he will officially return next season, has gone 18-15 in his two seasons in Dallas.

“The bottom line is, yes, I’m very, very frustrated and upset that … we have used up some very talented players over the last few years,” Jones said following the loss.

He also hinted that there would be coaching adjustments.

His comments, Jones said on Friday, were due to a “competitive situation” regarding Quinn and others.

“[It was] to give us every chance to keep Dan Quinn,” Jones said, via ESPN. “I couldn’t get out and speak to it publicly because I didn’t want to push a team toward [Quinn].”