A blackout caused by Hurricane Ian is still affecting 2.2 million homes and businesses in Florida. President Joe Biden warned of a “substantial loss of life” in the wake of the category one storm. A huge search and rescue effort is continuing across the state as many people are feared dead.

At least 10 people have been confirmed dead so far but officials believe the toll could rise considerably as the search operation continues.

Hurricane Ian, which is thought to be the deadliest storm in Florida history, continues to batter the region with a destructive trifecta of heavy rainfall, high winds and storm surge.

Amid the widespread flooding, power outages and damage to infrastructure, officials launched the search and rescue mission to help residents, some of whom are still trapped in buildings. 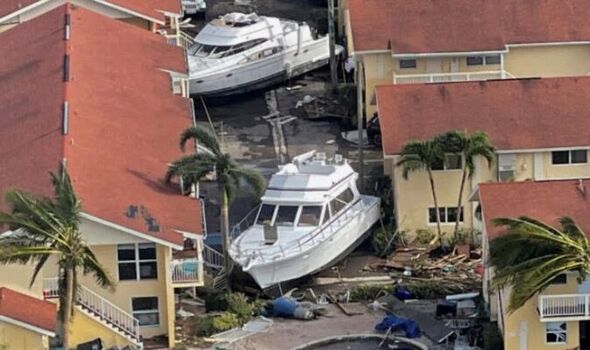 Experts warn the storm is now moving inward and heading towards North and South Carolina.

The destructive storm made its landfall at around 3.10pm local time (7.10 GMT) on Wednesday, smashing into the coast with wind speeds of up to 150mph.

The Weather Prediction Center issued a warning, telling residents in the Central Florida Peninsula to expect “widespread life-threatening, catastrophic flash and urban flooding” continuing into Friday morning, with up to 30ins of rain falling locally.

Dramatic scenes from the state show a hospital roof being blown off, cars submerged and trees ripped from the ground. 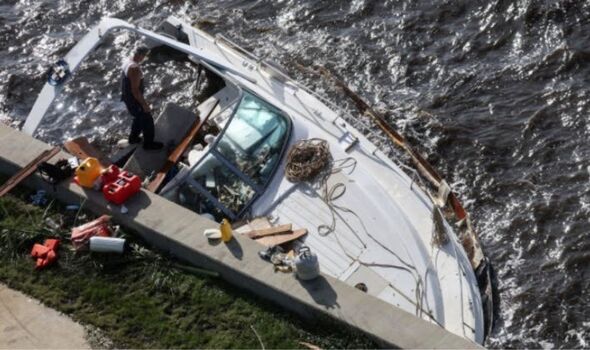 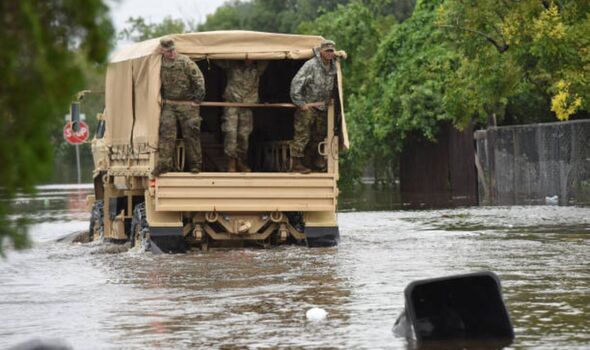 Of the 10 people confirmed dead so far, all are thought to have been in the southwest Charlotte Country, which was battered by the extreme winds.

But further south, Lee Country took the brunt of the destruction, with state Governor Ron DeSantis on Thursday saying the damage was “almost indescribable”.

He told a news conference: “To see a house just sitting in the middle of Estero Bay, literally must have gotten picked up, flown because of the massive wind speed and the storm surge and deposited in a body of water.

“I would say the most significant damage that I saw was on Ford Myers Beach, some of the homes were wiped out, some of its was just concrete slabs.” 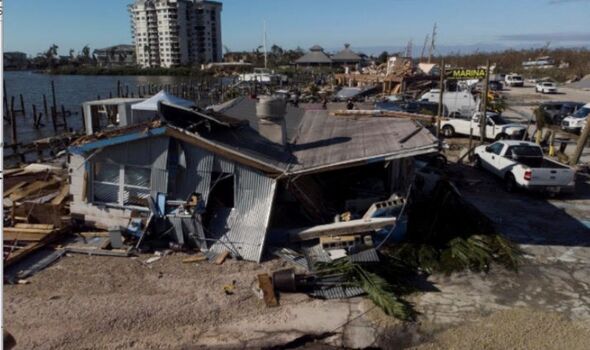 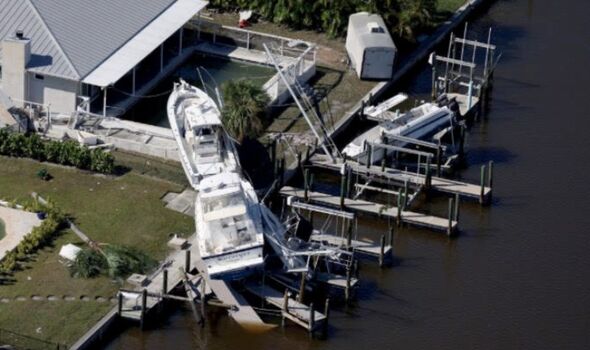 The extreme flooding meant that some residents had to swim out of their homes to try and get to safety.

“You have to either swim or drown,” an Orlando woman told the local news.

Hurricane Ian first hit Cuba on Tuesday, creating a near blackout in the country before it moved on to Florida, causing destruction in its wake.

The National Hurricane Center said the storm surge, which is heading toward South Carolina with winds of about 85 mph, should make a second US landfall near Charleston around midday on Friday.