WASHINGTON — A three-judge panel appeared divided Thursday on President Trump’s effort to repeal his predecessor’s regulations on planet-warming emissions from the power sector and replace them with far weaker controls.

The United States Court of Appeals for the District of Columbia panel, with two judges named by President Barack Obama and one by President Trump, could well agree to block the Trump administration’s plan, but the issue is almost sure to reach the Supreme Court if Mr. Trump is re-elected.

Even if Mr. Trump loses next month, the arguments by the Environmental Protection Agency laid the groundwork for a protracted legal war over future administrations’ ability to cut the pollution responsible for climate change from the power sector, the country’s second largest source of greenhouse gas emissions.

At stake is whether the Trump administration can lock in an extremely narrow interpretation of the Clean Air Act by persuading judges that the federal government does not have the authority to set national restrictions on carbon emissions or force states to move away from coal-fired power.

If it succeeds, a Biden administration would be stripped of a key regulatory weapon to tackle the United States’ share of climate change. In that sense, Thursday’s oral arguments also highlighted the stakes around the confirmation of Judge Amy Coney Barrett to the Supreme Court, which would give conservatives a clear 6-3 majority.

If the administration’s arguments prevail, he said, “Then they’ve really advanced a broader project that the Trump administration has been pursuing to not only repeal individual rules, but to narrow the foundation of the federal government in doing any kind of regulation.”

The plaintiffs in the case before the court, the American Lung Association v. E.P.A., include more than two dozen states and cities, a coalition of public health and environmental groups and nine power companies.

In more than six hours of deeply technical arguments over remote computer links, the groups argued that the Trump administration’s new regulation, known as the Affordable Clean Energy rule, does virtually nothing to reduce carbon dioxide emissions and will actually lead to a dangerous increase in other pollutants. That, they maintained, violates the agency’s legal obligation to take action to reduce greenhouse gases.

The two judges named to the panel by Mr. Obama, Patricia Ann Millett and Cornelia Pillard, appeared skeptical of the Trump administration’s argument that the Clean Air Act forbids the E.P.A. from doing anything structurally to change the power sector’s emissions trajectory. “I’m a little bit puzzled by the position of the government here,” Judge Pillard told Jonathan D. Brightbill, an attorney for the Justice Department defending the Trump administration’s plan.

The agency maintains the act allows it only to set guidelines to reduce emissions at individual power plants with actions like increasing efficiency or upgrading boilers that do not threaten an entire power sector.

The judge nominated by Mr. Trump, Justin Reed Walker, asserted that Congress failed to pass climate legislation in 2009 in part because it would burden coal-reliant states, just as Mr. Obama’s regulation, called the Clean Power Plan, would have. Judge Walker, a protégé of Senator Mitch McConnell, the majority leader, is from coal-dependent Kentucky.

“This policy that we are stuck adjudicating today and that the E.P.A. promulgated was debated in Congress,” Judge Walker erroneously stated. (Legislation passed by the House but not the Senate would have enacted a cap-and-trade system to drive down emissions across the economy, and was very different from the Clean Power Plan.)

Steven C. Wu, an attorney representing the plaintiffs, responded, “The fact that Congress did not enact a far more aggressive program for dealing with climate change does not foreclose the E.P.A.’s ability to deal with the harmful effects of power plant emissions.”

More than five years ago the D.C. Circuit considered many of the same legal questions when it heard arguments over the Clean Power Plan.

That regulation set a goal of cutting power-sector emissions 32 percent by 2030, relative to 2005, and was the cornerstone of the United States’ pledge to the Paris Agreement, an international accord on climate change.

Mr. Obama’s approach sparked fierce opposition because the E.P.A. assumed utilities could meet their regulatory burdens by taking actions beyond upgrades to individual plants, such as by replacing coal plants entirely with wind turbines or solar panels elsewhere. 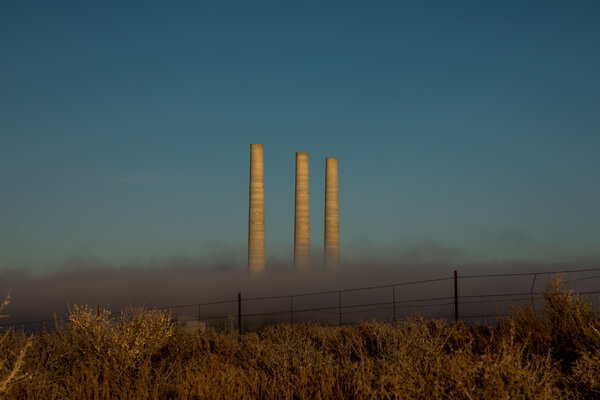 Mr. Trump called the regulation “stupid” and accused the Obama administration of pursuing a “war on coal.”

But the Clean Power Plan never went into effect. The Supreme Court in 2016 said states did not have to comply until all litigation had been resolved, and when the Trump administration in 2019 finalized its revised version, those lawsuits became moot.

Since then, the Trump administration has weakened limits on methane emissions from oil and gas wells, allowed an increase in vehicle tailpipe pollution and eased rules to allow new coal-fired power plants to come online.

The administration’s own projections for the Affordable Clean Energy rule estimate it will reduce emissions from power plants by less than one percent when fully implemented in 2030, compared to no regulation at all.

Joseph R. Biden Jr. has vowed to eliminate fossil fuel emissions from the power sector by 2035, though he has not detailed how he would achieve that. Energy experts said no matter what the courts ultimately decide, Mr. Biden would be more likely to turn to Congress than revisit the Clean Power Plan model.

“If I’m the general counsel of a Biden E.P.A., I know that if I do a souped-up version of the Clean Power Plan that it’s almost certain to go to the Supreme Court and it’s almost certain to lose,” said Jeffrey R. Holmstead, an attorney for the electric utility industry who served in the E.P.A. under the second President George Bush.

Ultimately, he said, the court machinations “really does force Congress’ hand” to decide whether it can pass a clean energy standard or other legislation to force a serious change in the emissions trajectory of the United States.

Meantime Mr. Trump’s plan has done little to achieve one of the administration’s top goals: save the coal industry from decline.

The Trump and Biden campaigns spent Thursday sparring over the debate schedule as President Trump objected to a plan for a virtual debate. Read the latest updates.

Many rules have changed during the pandemic, making it harder to figure out how to cast your ballot. This interactive guide can help you ensure your vote is counted.

Major hunt for missing schoolboy, 8, who vanished from Aldi supermarket